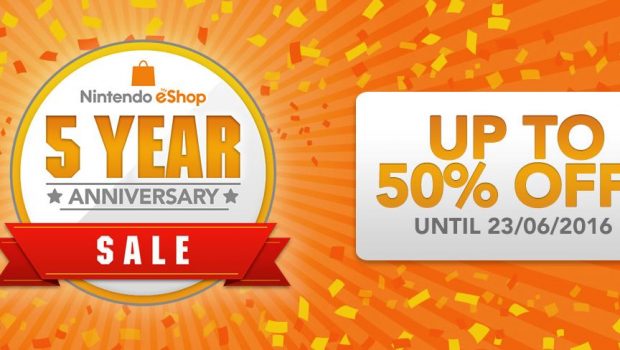 7th June, 2016 – Nintendo eShop first launched on Nintendo 3DS on June 7, 2011, and to celebrate its fifth anniversary, some of the most popular download-exclusive titles for both Nintendo 3DS and Wii U will be available at up to 50% off from June 10 to June 23 in Australia and New Zealand.

For anyone who wants to discover – or rediscover – some classic Wii titles, both Metroid Prime Trilogy and Super Mario Galaxy 2 are available at half price on Wii U. Those looking for a futuristic racing experience can put their pedal to the metal and enjoy 25% off Shin’en Multimedia’s FAST Racing NEO and 50% off F-Zero.  Players seeking a truly retro experience can enjoy NES™ Remix and NES™ Remix 2, both on sale at a half price discount, as is SNES Classic Earthbound, which made its debut in Australia and New Zealand via the Wii U console’s Virtual Console service.