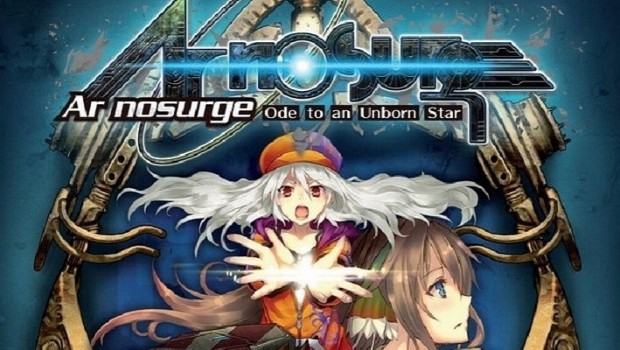 Summary: Ar nosurge: Ode to an Unborn Star is a fun Japanese RPG that goes outside the square in terms of its bizarre story and combat techniques

From developer Gust, comes Ar nosurge: Ode to an Unborn Star, a Japanese RPG that focuses on a civilization who lost their home planet over 2000 years ago and are still searching for a place that they can call home. The main protagonists in the game include four interesting yet quirky characters that include Delta and Casty plus Ion and Earthes who have two parallel stories with a common quest running throughout the game. Delta is the main hero who happens to be a male and together with his female counterparts, they’re trying to ensure that the human race survives. Unfortunately for humanity, the alien race known as the Sharl who invaded Earth those many years ago are now threatening the last bastion of man, the magic city of Felion. 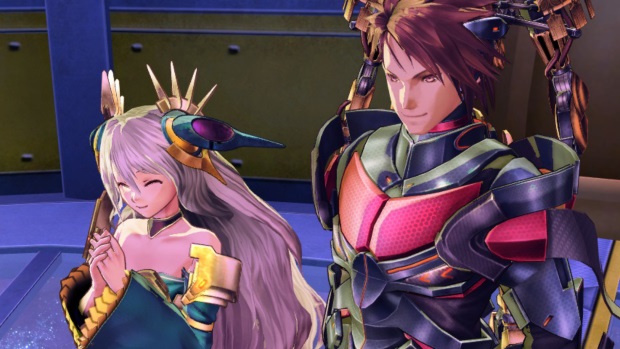 If the story sounds a little convoluted, that’s because it is the sequel to Ciel nosurge that helps put the story in perspective if you played the previous game. It should also be noted that there’s quite a few grammatical errors in this game and although they don’t impact on the story, some are amusing, especially with a few of the characters you interact with. However the overall story is quite epic and has this anime comedy feel to it with a touch of fan service. Another interesting element to the story is music which plays a powerful role in your combat and is a form of magic. 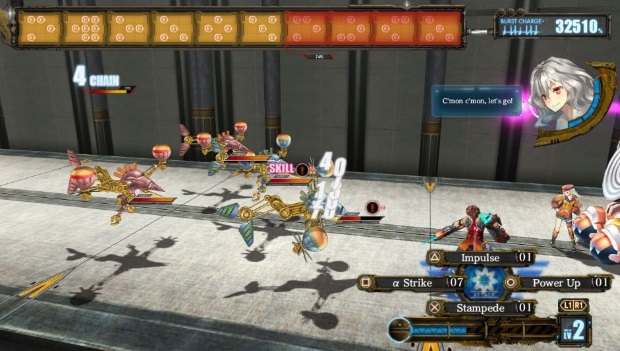 Opposed to traditional JRPG titles, Ar nosurge: Ode to an Unborn Star is a little more unusual because it allows the hero in the game Delta to infiltrate the minds of his female members in order to chain their powers together that almost makes this like some weird Japanese dating game. In relation to the “dating”, you do have to interact with the females to get them on your side and needless to say, there are some very amusing responses available and scenarios. Needless to say, it’s a fun and unique gaming mechanic that works on all levels. Then you have the ability to create items thanks to your skills in alchemy which definitely makes exploring and dabbling in this art well worth your time. 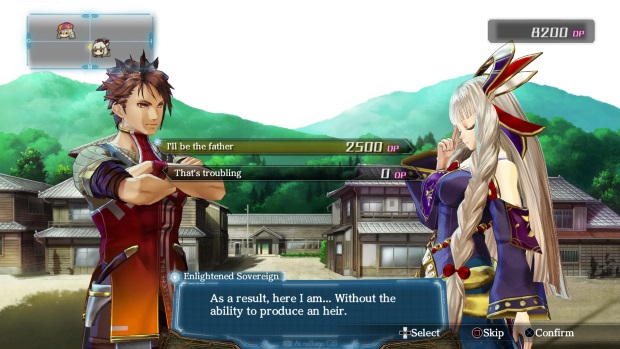 Combat which is turn-based is the highlight of Ar nosurge: Ode to an Unborn Star which does incorporate a sense of grinding but given the variety of enemies that you face plus your own strategies, this is generally a fun prospect. As mentioned, chaining is another element of combat and depending on the bond you have with your party members, you can create some powerful chain attacks against your enemies. Apart from magic, you also have access to various weaponry and some of those more powerful items are needed when you face the boss battles. 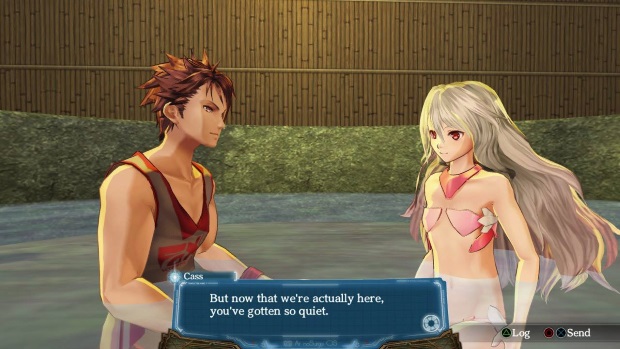 When it comes to leveling, this game gives the player the usual standard of upgrades that in turn makes your characters more powerful. Kudos to the developers in terms of controls as they are very well mapped on the DualShock controller, especially as you navigate the easy turn-based system of attacks, defend and usage of items. As mentioned, magic in the game is linked to songs which create some spectacular results as enemies fall asunder to your devastating attacks. The special effects look really good for this. Overall, Ar nosurge: Ode to an Unborn Star is a fun Japanese RPG that goes outside the square in terms of its bizarre story and chaining your combat abilities with your female players. 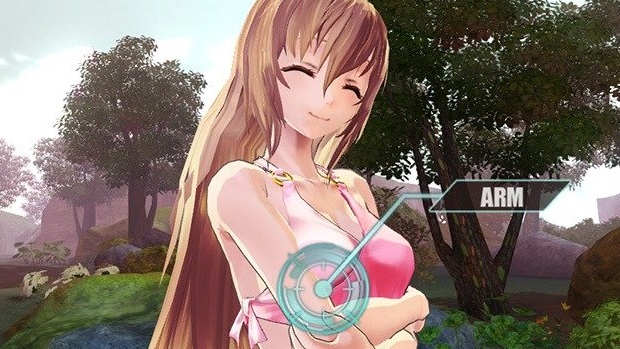 Graphically, Ar nosurge: Ode to an Unborn Star looks great on the PlayStation 3 with its cell-shaded graphics plus amusing anime service. The only drawback with the game is that some of the environments are a little Spartan but for the most part, characters look good and the animation is nice. Just be warned that there is quite a bit of dialogue in this game. I really loved the special effects in this game for the magic that your characters used. Sound effects and must also go hand-in-hand with the gameplay. 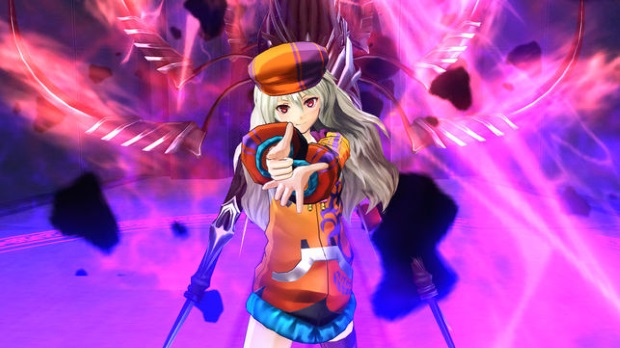 Given the lack of Japanese RPG’s on the next-gen consoles, Ar nosurge: Ode to an Unborn Star will keep most fans of this genre appeased from start to finish with a whopping 100 hours of gameplay. Sure, there are a few glitches in terms of graphics and grammar errors in the game but overall, it ticks all the right boxes for a fun JRPG. 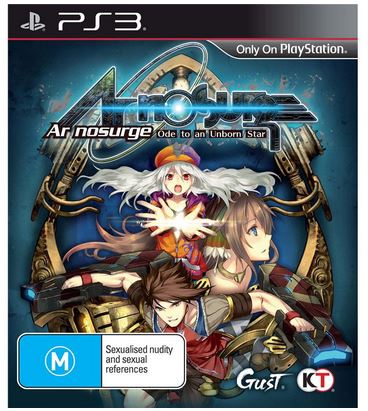