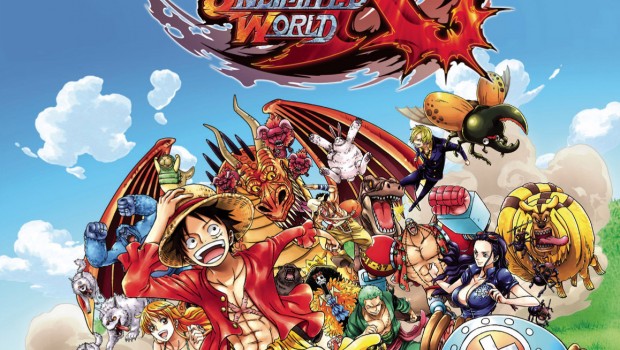 -Journey to the Mysterious Island!-

Boasting amazing and exclusive content, this new game offers hours of exciting gameplay where the players’ will happily discover two brand new characters –Red and his follower Pato– through an epic original storyline! Topping that; an all-new mode called Battle Coliseum mode, inspired by the Dressrosa story arc, the characters compete in a tourney to test their battle abilities. During this tournament, the fighters contest in five different battle types:

“Our association with Ganbarion Co. Ltd has been successful for years, yet we prove it again with the release of a high quality ONE PIECE game on 4 different platforms!  Having tons of new first-class content to fulfil all fans’ desires is a true honour and an objective to us, and we are sure that our most enthusiastic followers will enjoy it!” Herve Hoerdt, Vice President of IP Strategy at BANDAI NAMCO Games Europe.

For all the fans eager to have exclusive items, the Day 1 edition offers 10 outfits (Luffy Strong World Adventure outfit and the Anniversary Pack with 9 outfits commemorating Japan’s 15th Anniversary of the One Piece Animated series – this item won’t be sold later!) and a unique quest where the 2 brothers are re-united: “Flame Fist & Straw Hat”. Surprises aren’t stopping here as BANDAI NAMCO Games Europe created a special Chopper Edition with all of the above items, plus a Key Holder of Chopper, 10 stickers of the Straw Hat Crew members and the game logo, Wall scroll of Chopper, lanyard with Chopper, Artbook and the Takoyaki DLC Pack (3 costumes & 1 quest)!

For all the excited gamers waiting for the upcoming additional adventures of Luffy and his friends, a season-pass is available on the PlayStation®Network.

The challenging ONE PIECE PIRATE UNLIMITED WORLD RED is now available in Australia and New Zealand for PlayStation®3, PlayStation®Vita, Nintendo 3DSTM and Wii UTM. For the latest news and updates, check www.OnePiece-Game.com. For the latest videos, check bngames.eu/OPunlimitedworldredvideos. For more information about BANDAI NAMCO Games’ entire line up, go to www.BandaiNamcoGames.com.au