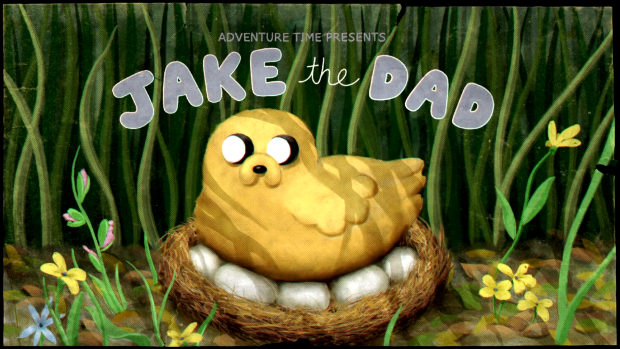 Summary: The show has matured quite a bit since the first season but still doggedly retains its exuberant sense of irreverence and surreal humour, only now it’s complemented by stronger writing, character arcs and a definitive sense of canon and continuity, which makes the show even more endearing

I’ve been singing the praises of Pendleton Ward’s quirky ode to boyhood adventure and friendship Adventure Time for quite a while now, so it really should come as no surprise that I jumped onto this review as soon as it became available.

Whilst I’m not the biggest fan of Cartoon Network’s decision to release the show as a series of compilation discs, mainly because the double dipping of episodes is inevitable once one picks up the (Eventually) complete season releases, I eagerly welcomed Jake the Dad due to it being the only release where fans can own certain episodes from seasons 4 and 5 for home viewing.

As such, this is the only Adventure Time compilation disc in recent memory that doesn’t suffer from some overlap with the complete season releases, which is reason enough to recommend it to my fellow diehard fans.

Jake the Dad features the titular episode where Jake finds he must contend with the responsibilities of being a father to a litter of Rainicorn puppies, plus fifteen more that find our intrepid duo embarking on bizarre jaunts ranging from journeying to Mars to seek a pardon from the king of the planet – Abraham Lincoln – Due to a case of mistaken identity between Jake and the deliriously sociopathic Magic man, a hard boiled film noir parody where BMO initially seeks Finn’s missing sock before being dragged into a web of betrayal and murder, Finn discovering an alternate dimension entirely made of pillows where he settles down and raises a family of his own and Mystery Dungeon, which comes off almost of a pastiche of films like Cube and Saw and features Ice King and a motley crew of characters awakening in a dungeon with no recollection of how they got there; to escape, they’ll have to work together and use each unique skill set to avoid the perilous traps and pitfalls that lie between them and freedom. Each episode upholds the show’s reputation for excellence and are filled with enough zany quips, bizarre characters and totally mathematical adventures to keep even the most ardent fan happy. 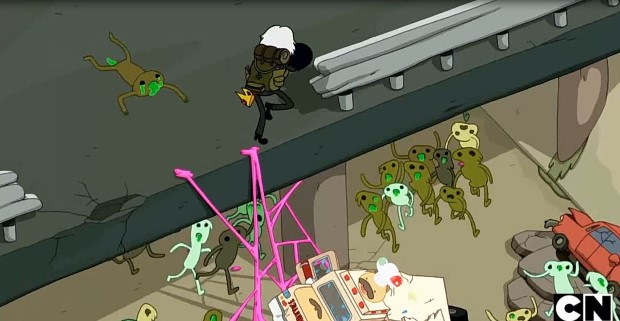 But, personally, the crowning achievement of this release is the inclusion of two of my favourite episodes of all time, I Remember You and Simon & Marcy. Laden with pathos and revealing a bit of Earth’s history during and in the immediate aftermath of the great mushroom war, the best part of these episodes is that they offer an insight into the conflicted nature of the Ice King and his crippling insanity, adding dimension to the character and evoking immense sympathy for his current state. Initially painted as merely an antagonistic nemesis for Finn and Jake, these episodes reveal a hidden depth to the character previously only hinted at and the tragic details of his origins, and to some degree Marceline’s, make for emotional viewing. Plus Simon & Marcy is eerily reminiscent of The Last of Us, which can only be a good thing. 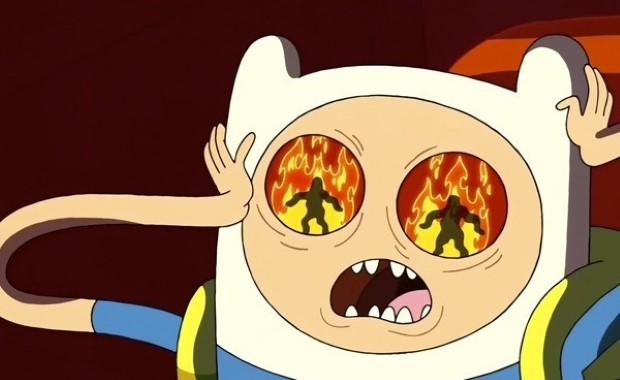 Madman’s transfer is as impeccable as DVD gets, with the chaotic animation style of Ward presented with dazzling clarity and robust and vivid image quality; I’d prefer a 5.1 lossless soundtrack rather than the 2 channel presentation features on the disc, but for what it is the audio is adequate and rarely are Cartoon Network presentations given the full treatment audio-wise, so this is a minor issue at best. 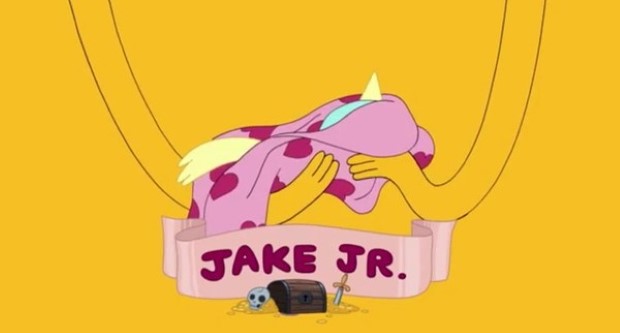 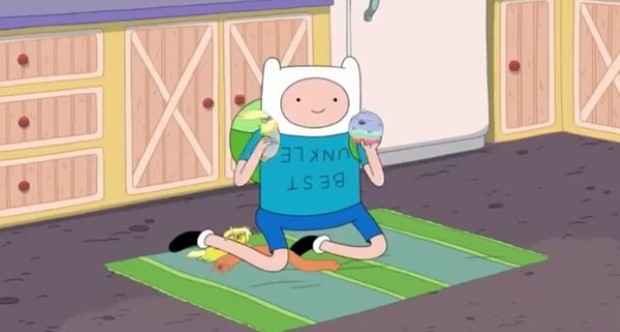 As has become par for the course for these compilation releases, the only special feature included on this release is “Little Did You Know”, a short block of descriptive text outlining certain characters prominently featured or first introduced within the episodes available on the disc; in this case the character bios focus on Jake and Lady Rainicorn’s love litter. 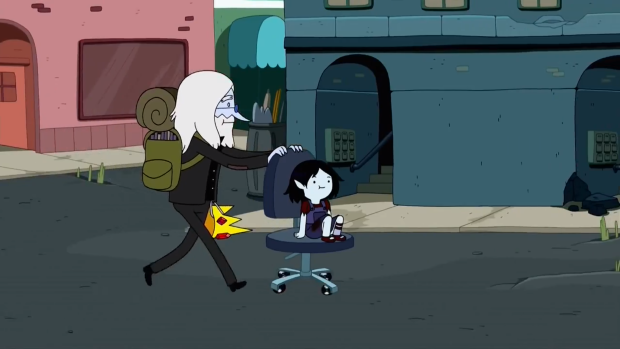 It’s got to the point now where I honestly can’t imagine being let down by an Adventure Time release (Excepting the tedious recent video game Explore the Dungeon Because I DON’T KNOW! of course, but let’s just stick to the show for now), so it’s reassuring to have this release reaffirm my sentiments. If you’re a fan of the show in any capacity then this really is a no brainer; until Cartoon Network deem it fit to give us the rest of the complete season release, this is the only avenue for fans to own these brilliant episodes on home media. Plus you also get a snazzy Jake hat if you pick up one of the special releases, so you can swan about town with the visage of an anthropomorphic shape shifting dog grinning maniacally perched atop your noggin for the fairer sex to behold in all of its glory… Calm down, ladies, a guy with that much style acumen must surely be off the market.

The show has matured quite a bit since the first season but still doggedly retains its exuberant sense of irreverence and surreal humour, only now it’s complemented by stronger writing, character arcs and a definitive sense of canon and continuity, which makes the show even more endearing. If you’re not a fan then this release won’t sway you, but for everyone else you owe it to yourself to hunt down this release, if only to bask in the heartstring plucking genius that is I Remember You and Simon & Marcy. Definitely recommended.