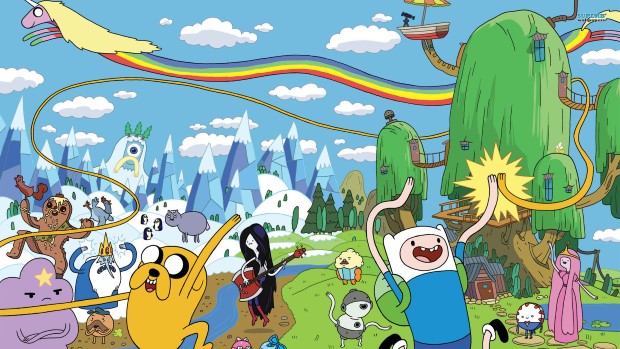 Summary: The greatest triumph of Adventure Time is the universal appeal of the show, and that remains all the more evident here. Pendleton Ward’s quirky crossover hit is that rare beast that can be enjoyed equally by parent and child alike and that feat in itself speaks volumes about the series.

Finn and Jake return in 26 all new zany adventures with this release of Adventure Time’s third season, featuring some of the most accomplished and affecting episodes of the show’s earlier run.

Although pretty dang solid on their own merits, both season 1 and 2 marked a period of the series first finding its feet and the exploring the rich tapestry of The Land of Ooo and its bizarre denizens, slowly expanding upon the foundations established in the earlier episodes in order to add a greater sense of cohesive continuity and a tangible universe. 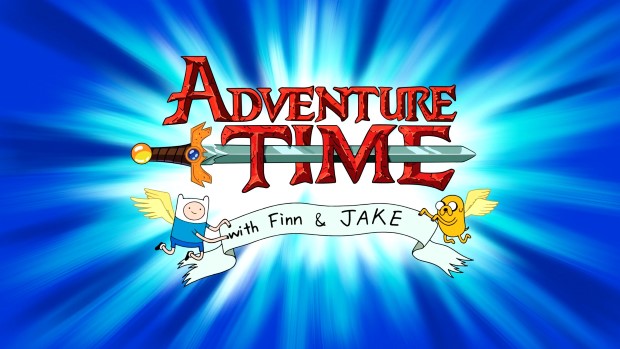 Season 3 seems to be more focused on expanding the back-story and motivations of the characters we’ve come to love, shedding new light on both Marceline and The Ice King most notably; the writing room seems to have well and truly found their rhythm with this release, with the Hayao Miyazaki influenced “Thank You” serving as the emotional apex of this season’s accomplishments despite the two focal characters (A Snow Golem and a Fire Wolf Pup) being unable to speak.

One thing which may grate on the nerves of long time fans is the fact that over half of the episodes included upon this set are available elsewhere on the many compilation discs released in between the complete seasons; however the addition of commentary tracks on said episodes should go some way towards mitigating this disappointment. 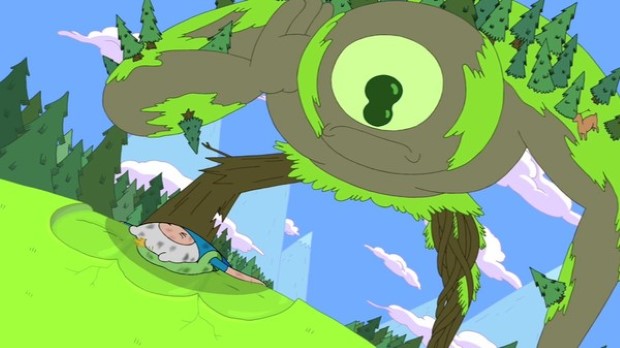 Still, I’m sure I’m not alone in expressing my desire that Cartoon Network commit to simply releasing the full seasons in a timely fashion rather than placating us with compilations in the lengthy interim between the seasons; for example, this collection of episodes are over three years old, almost unforgivable when compared to the short time between broadcast and the home media release of many of the show’s contemporaries.

Other highlights include the exploration of the relationship between Finn and Princess Bubblegum after the latter regressed to a 13 year old due to the events shown in the second season finale, Lumpy Space Princess embarking on a self imposed exile that leads to her living with wolves before being branded a monster by terrified townsfolk, Ice King hiring a Hitman under the impression that he’ll simply punch Finn and Jake rather than killing them and then frantically scrambling to rectify his mistake once he realises the truth and much, much more. 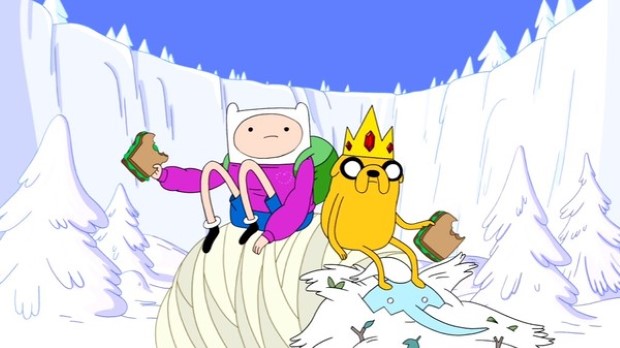 One of my favourite episodes, “What was Missing”, not only features one of the best musical moments in the show (Marceline’s pained “I’m Just Your Problem”) but also hints at a possible romantic connection between Princess BubbleGum and Marceline – Pretty Risque stuff for a kid’s show.

Another key moment in this season is the introduction of Flame Princess in the episode “Incendium”, a character who’ll eventually supplant Princess Bubblegum as the object of Finn’s affections. Chuck in a two part Christmas special of sorts that shows us the story of a pre-insanity afflicted Ice King, an inspired swipe at the classic trope of mansion based murder mysteries, the first appearance of the gender swapped versions of Finn and Jake and a resurgence of the zombified candy folk from the first episode “Slumber Party Panic” and you have all the makings of a wonderful season that continues the tradition of the increasing trajectory of quality for this already brilliant series. 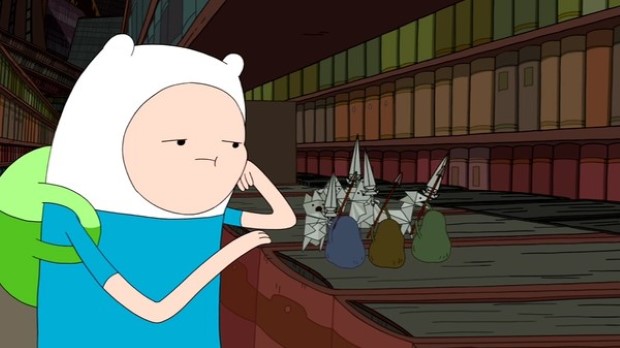 Visually the series looks rather striking indeed, with only the slightest evidence of aliasing in a handful of scenes; indeed, the quality of Madman’s transfer is almost on par with the Blu-ray releases, with rich, vibrant colours and clear line definition.

Sound-wise the series is relatively solid, although the lack of a 5.1 surround option is sorely missed; otherwise this is yet another flawless transfer from Cartoon Network and Madman. 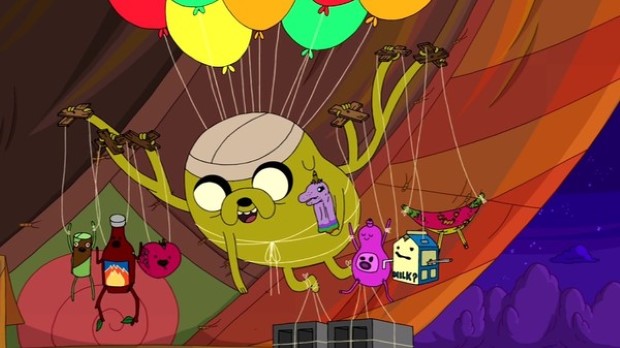 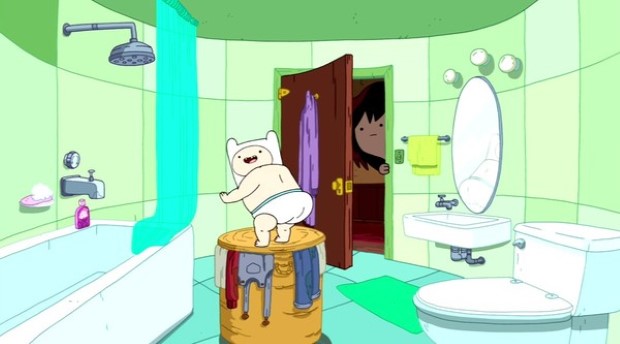 This releases features a few supplemental features, the majority of which being the audio commentaries by creator Pendleton Ward and a revolving crew of crew members as they discuss most of the aspects of the production process, as well as a variety of unrelated topics. Despite a few dead spots throughout, the commentaries are engaging, insightful and often amusing for the most part, although the weird vocal echo effect they use as a means of censoring the conversational content at times comes off almost as annoying as the ukulele interludes used for similar effect on the second season release; obviously the crew experienced either clearance issues regarding certain references or indulged in discussing some colourful topics considered too risqué for a children’s show.

The rest of the extras comprise of a short behind the scenes interview with Ward, Head of Story Kent Osborne and Storyboard Artist/ Supervising Producer Adam Muto regarding the process of making an episode of Adventure Time and a rendition of the show’s opening composed entirely of LEGO, a mean technical feat, to be sure. 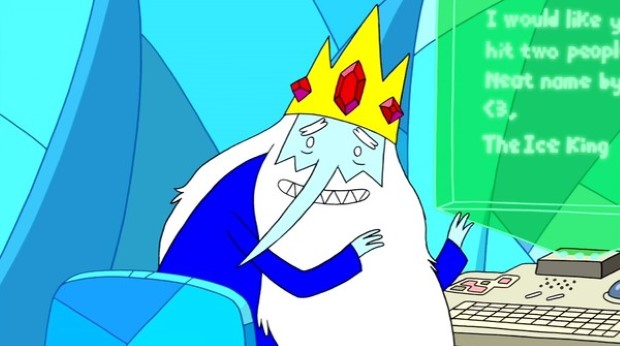 –       Audio Commentaries on Each Episode 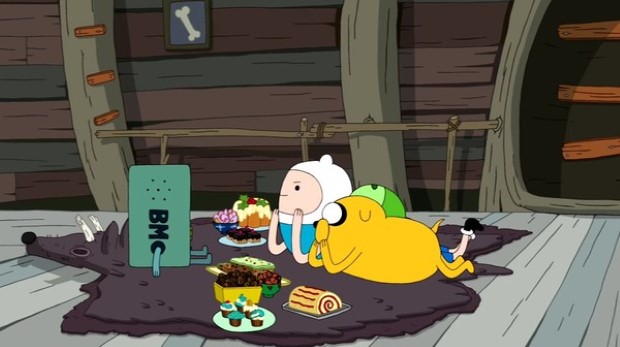 Although I’m personally a massive fan of the show, I can also understand that Adventure Time is the very definition of an acquired taste, with some of the absurd plotlines, random non sequiturs and kooky characters possibly coming off as annoying and juvenile rather than endearing to some people. Alas, this release isn’t going to go any way to changing the minds of that small contingent, but for everyone else this is a nearly perfect season, with the unbridled creativity and comedic sensibilities coming together incredibly well and the expansion of the universe and increasing continuity adding even more depth to the series.

The greatest triumph of Adventure Time, as I’ve espoused numerous times before, is the universal appeal of the show, and that remains all the more evident here. Pendleton Ward’s quirky crossover hit is that rare beast that can be enjoyed equally by parent and child alike and that feat in itself speaks volumes about the impeccable quality of the series. 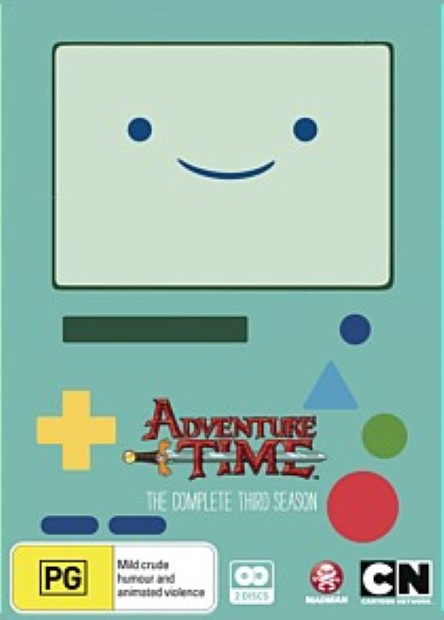