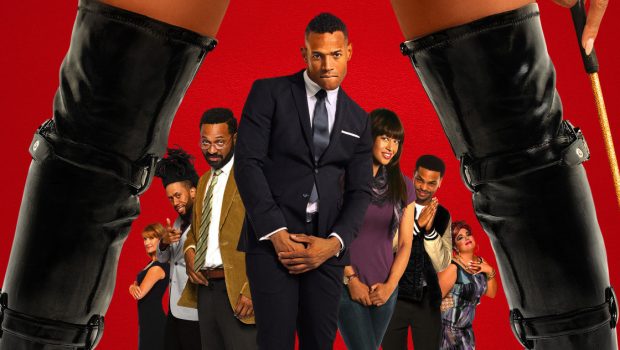 Summary: A few genuinely funny moments just aren’t enough to salvage the often lazy writing and easy gags and even the charismatic Wayans himself can’t elevate this film above mediocrity.

If you’re familiar with the Scary Movie series (Well, the first two films, anyway) and films like A Haunted House and Dance Flick then you’ll know exactly what to expect with the latest effort from Marlon Wayans, 50 Shades of Black. 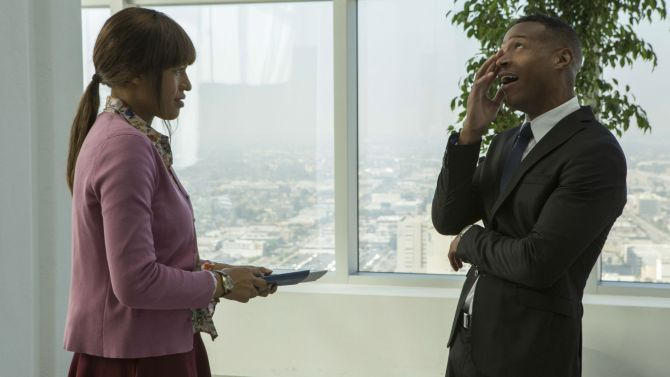 A parody of the inexplicable hit 50 Shades of Grey, which was already unintentionally hilarious on its own merits, 50 Shades of Black sees Marlon Wayans comfortably slipping back into spoof mode to once again skewer a pop-cultural phenomenon.

Wayans plays Christian Black, a wealthy entrepreneur who is the subject of an interview for the local school paper. College student Hannah (Kali Hawk) is tasked with conducting the interview and soon finds herself drawn to the quirky and aloof businessman, plunging her into a world of sexual exploration and decadence as Mr. Black’s bizarre sexual predilections make themselves more apparent throughout their time together. 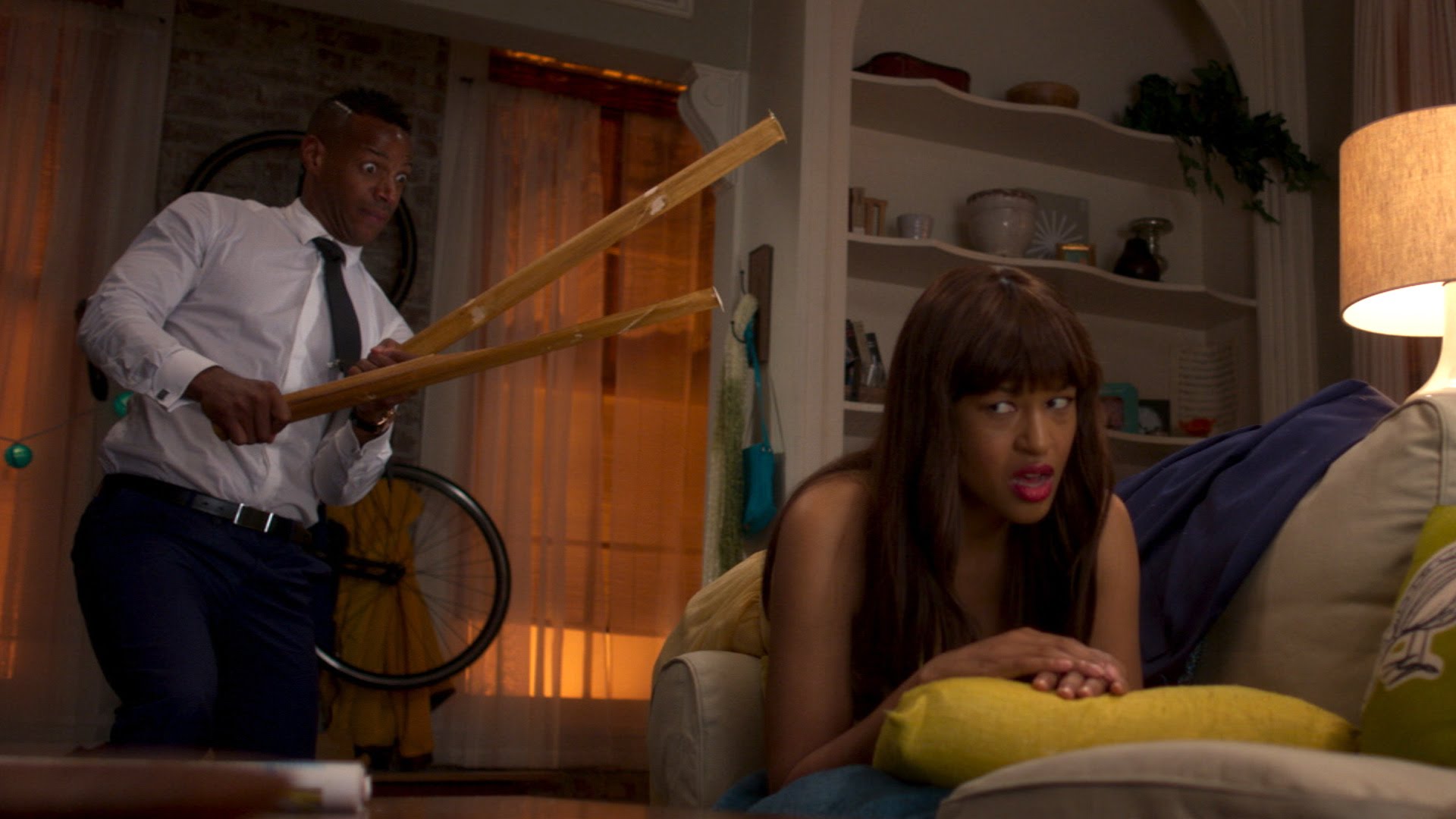 Basically the film follows the plot of the novel and subsequent film source material beat for beat, except interspersed with a healthy dose of puerile and slapstick comedy.

Unfortunately the humour is pretty uneven and many of the scattershot gags on display throughout 50 Shades of Black fail to hit the mark, even when held up to the standards of Wayans’ previous films. Personally this style of spoof comedy doesn’t really appeal to me; I mean, I enjoyed the Scary Movie films at the time of their release but, then again, I was also in my late teens and may or may not have imbibed a few tall glasses of water with my friends. 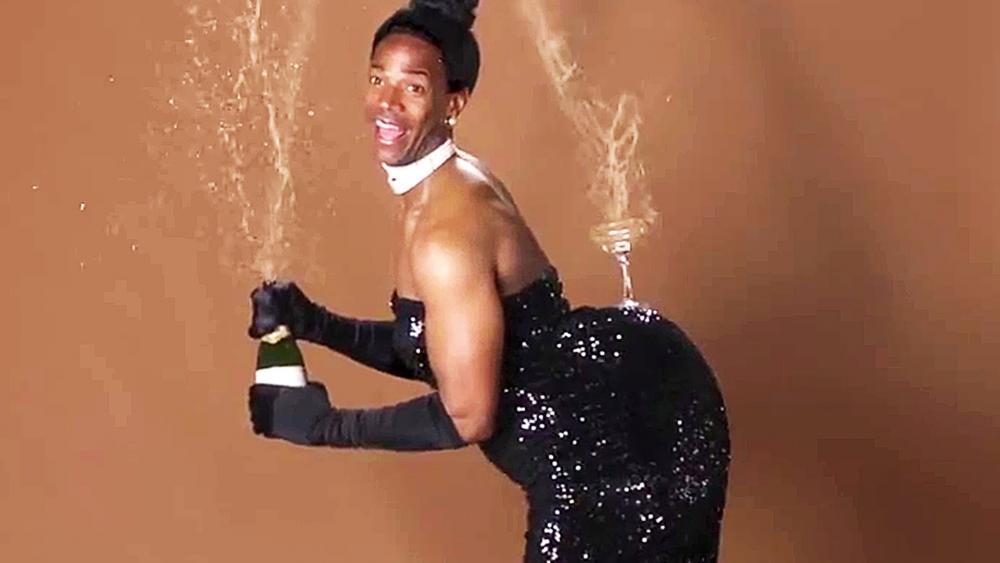 I think that may also be part of my problem – A film like 50 Shades of Black doesn’t really lend itself to a quiet night at home. To truly get enjoyment from the works of the Wayans’ I feel that the setting plays a pretty big part; if watched with a rowdy group of friends with a few drinks then my opinion of the film may have been somewhat different, even whilst admitting that it’s not high art and nor does it attempt to position itself as such.

As it was, I did actually get a chuckle here and there from some of the gags, although more often than not I was let down with how predictable and formulaic the writing is. It’s a goofy film that exists to solely poke fun at the terrible 50 Shades of Grey movie but the adaptation is such a horrendously ham-fisted and laughable effort that 50 Shades of Black is almost a parody of parody and can’t really wring many more laughs from its inspiration. 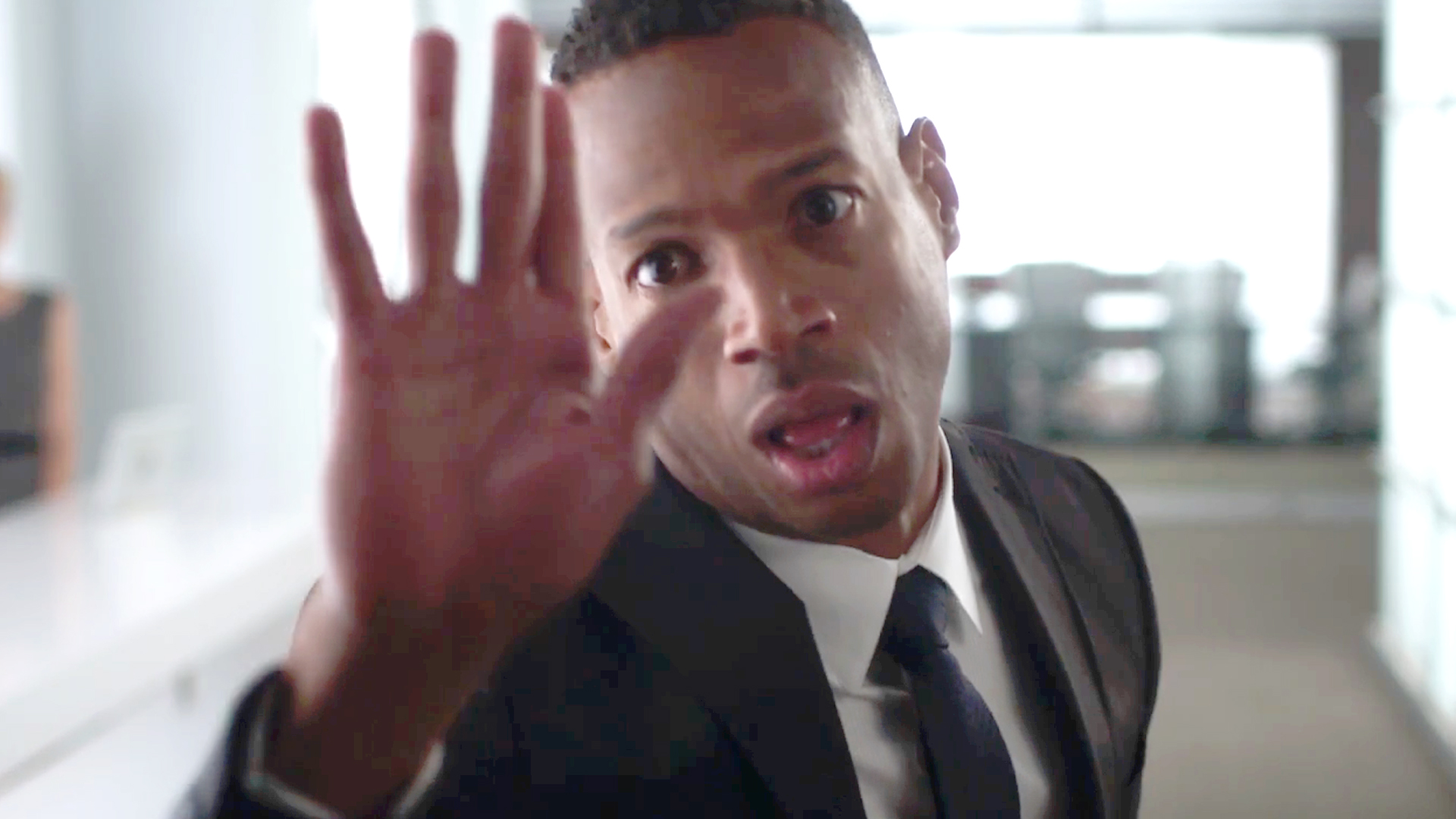 The cast performs pretty well, with Wayans as charmingly likeable as ever – The dude’s a great actor, as Requiem for a Dream will attest to – and effortlessly carrying the film, bolstered by supporting turns from a pitch perfect Kali Hawk, Jane Seymour, Fred Willard and a surprisingly solid King Bach of Vine fame.

The DVD transfer is decent enough, with no aliasing or screen artefacts and clear and defined audio mastering. 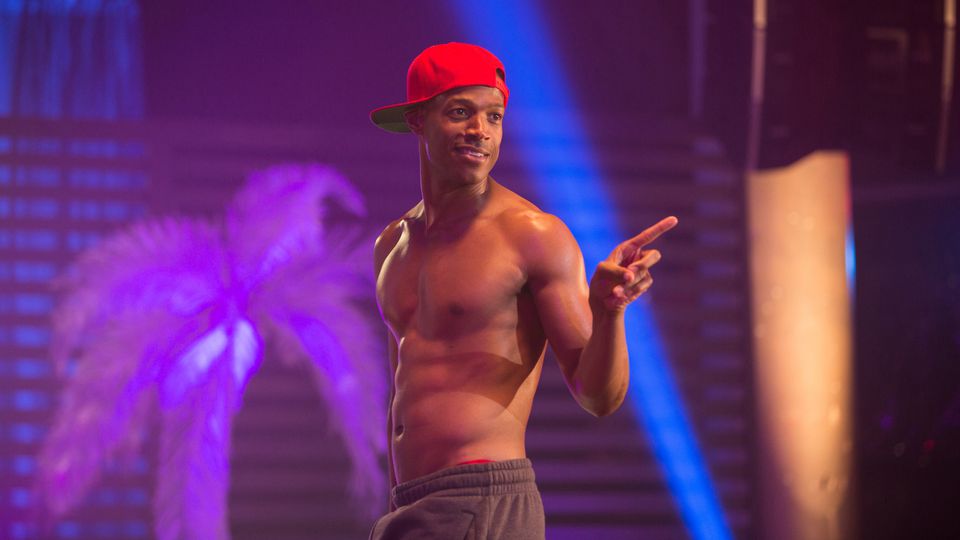 50 Shades of Black comes with a handful of deleted scenes and a brief featurette focusing on the character of Christian Black.

Perfunctory and ranging from decent to clearly being excised for a reason, the deleted scenes are a nice addition but ultimately are merely just more dressing on a fairly underwhelming turkey. 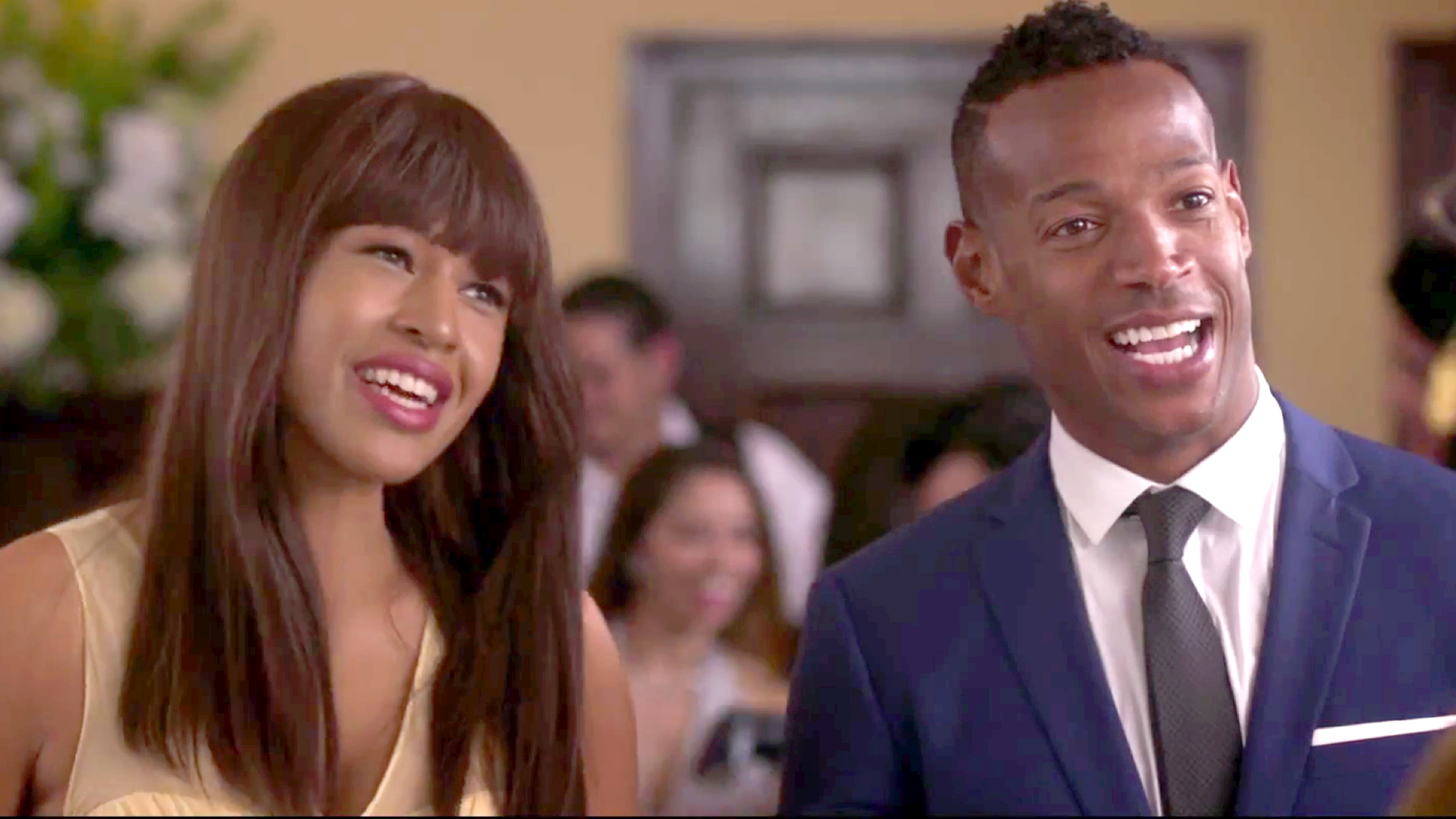 Okay, so I’m most definitely not the target audience for this film and, if you’ve enjoyed all of the previous raunchy efforts by Wayans and company, then by all means take what I’ve said with a grain of salt and pick up 50 Shades of Black, as it will totally be right up your alley.

I’m not some comedic snob but I’ve always found the hit to miss ratio of the jokes on these films to be far too low for my tastes and, by not straying too far from their distinct style, each successive effort suffers from diminishing returns.

So, despite garnering a few laughs, I ultimately came away from 50 Shades of Black disappointed and can only recommend the film to already established fans of Marlon Wayans’ comedic work.

A few genuinely funny moments just aren’t enough to salvage the often lazy writing and easy gags and even the charismatic Wayans himself can’t elevate this film above mediocrity. 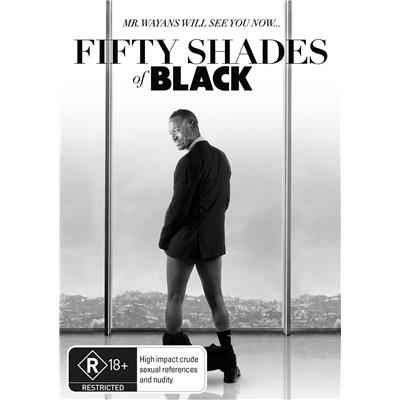