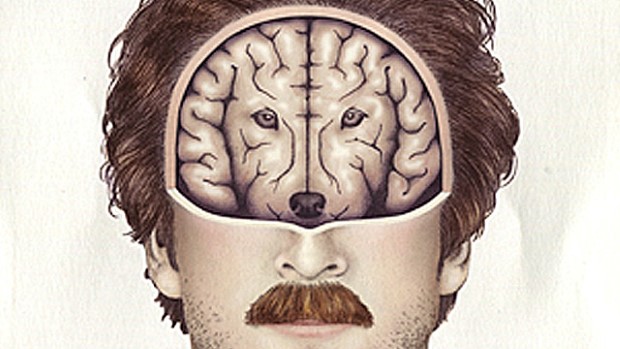 Summary: Whilst it’s clear to see where Dupiex was aiming with this film, for me, ultimately, it falls well short of its goal, with a muddled narrative that eventually frustrates rather than intrigues and a much less refined stab at the surreal than the aforementioned Rubber.

Although not without its flaws, Rubber, the English language debut of French filmmaker Quentin Dupliex (Also known as Electronic artist Mr. Oizo) was an interesting celluloid meta-experiment with the bizarre central concept of a telekinetic tyre embarking on murderous rampage; consistently breaking the fourth wall and exploring unconventional narrative and shooting techniques, Rubber was an accomplished and extremely confident debut that, whilst certainly not for everyone, went some way towards appeasing fans of surreal cinema. Wrong is Dupliex’s follow up film and, from the outset, looks as if it adheres to a much more traditional narrative, although the film is skewed heavily towards the unconventional; probably the Wrong’s greatest achievement is its aesthetic, with the dreamlike atmosphere achieved brilliantly from the first frame to the closing credits due to the exceptional cinematography and lighting. For much of the film there’s nothing too overtly bizarre on the screen yet one gets a constant niggling sense of everything being off balance somehow.

Wrong follows the exploits of Dolph Springer (Jack Plotnick), an introverted office drone whose only reason for living seems to be his relationship with his dog Paul. Fired from his job three months earlier, Dolph nonetheless dutifully trudges off to the office each day to sit and stare at a blank screen, much to the chagrin of some of his workmates. Oh, and did I mention that it’s constantly inexplicably raining inside the office? Well, yeah. There’s also that. (It may also be a broken sprinkler system, but as it’s never mentioned, who really knows the reason?) One morning Dolph awakens to find that Paul has been dog-napped and sets out to rescue him, leading him on an inexplicable journey through Dupliex’s bizarre representation of American life as seen through foreign eyes. Whilst the plot is ostensibly pretty straightforward, Wrong is structured more like a collection of self-contained tangential offshoots held together by the framework of the main story.

Throughout his journey Dolph encounters a shape shifting tree (To which his only reaction is resigned apathy), a hot tempered detective with a device that can extract memories from turds (Steve Little), a seemingly omniscient guru who believes that communicating telepathically via a mind link with Paul is the best way to locate him and other scenes tinged with dischord, such as the opening credits which shows the truck used to capture Paul burning merrily in the background whilst a fire fighter openly defecates on the ground to the approval of his workmates. Yeah, it’s that kind of film.

There’s also Dolph’s cagey neighbour who vehemently denies that he’s ever jogged – Despite being seen each morning doing so by Dolph – and Dolph’s gardener Victor, who finds himself central to a mistaken identity love triangle before suddenly dying, only to reappear perfectly fine later in the film. As you can probably tell Wrong is far from a mainstream film, with the rambling synopsis above barely covering the main points. The film feels more like a disjointed series of vignettes despite working within a traditional three act structure, which goes some way to explaining why it’s been so divisive; Wrong is one of those films that you’ll either love or loath and, unfortunately, I fall squarely in the latter camp.

Although competently shot and stylistically unique, Wrong is ultimately a major disappointment, with Dupliex’s self-conscious Avante Garde schtick leading to many superfluous scenes that are essentially weird merely for the sake of being weird. Often this approach can go one of two ways and, unfortunately for Dupliex, much of Wrong lives up to its title. The film’s lack of a cohesive structure makes for confusing viewing and ultimately comes off as nothing more than an amateurish attempt to imitate David Lynch; the cast do fine with what’s on offer and Plotnick’s bemused performance is enjoyable to watch, but there’s little reason to identify with, let alone care about. The quest for Paul is probably the most coherent plot strand, with the three way relationship between Victor, Dolph and Waitress Emma halting momentum each time the film shifted focus to them. William Fichtner’s portrayal of Dog guru Master Chang is a highlight but, again, ultimately wasted.

Madman’s transfer is clean and perfectly captures the brilliantly dreamy visual quality of the film, which again is easily Wrong’s greatest asset. Wrong has a few supplemental features, but they don’t really go any way to unlocking the film; there’s a decent making of that goes some way to showing Dupiex’s creative process and a lo fi feature where the cast basically read different lines from the script, which isn’t really worth the watch despite featuring an extension of the dog turd memory gag. There are also a few trailers for other Madman release thrown in. Whilst it’s clear to see where Dupiex was aiming with this film, for me, ultimately, it falls well short of its goal, with a muddled narrative that eventually frustrates rather than intrigues and a much less refined stab at the surreal than the aforementioned Rubber. The main issue with Wrong is that is just isn’t engaging, and techniques that were handled well in Dupiex’s previous release come off as amateurish this time around.

Visually Wrong is a rather gorgeous film, and the soundtrack, composed by Dupiex, is unsettlingly austere and perfectly complements the surreal odyssey onscreen, but the final product can’t be salvaged completely by great production; at the end of the day every film needs a decent story to ground it, and Wrong just lacks that. Of course, some may be inclined to disagree with me, and that’s fine, different strokes and all that, but at the end of the day I unfortunately can’t really find all that much to recommend about Wrong.