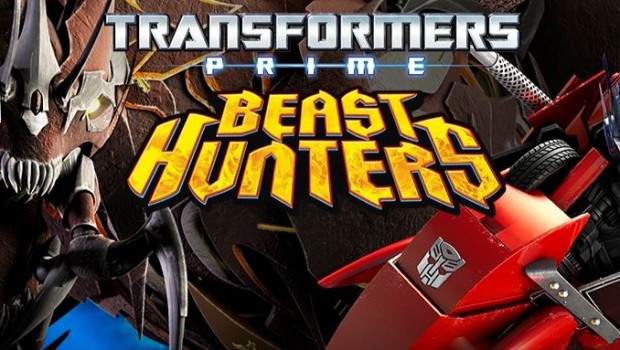 Summary: As an adult I enjoy where the franchise is going and I am more engaged by the writing of Transformers Prime

The animated series Transformers Prime Beast Hunters brings two the distant worlds of Earth and Cybertron closer together as their respective histories catch each other at every corner, hold hands and walk down the street, skin and steel.

The wreckers are back: the discovery of fossilised Predacon bones on Earth (the Cybertron equivalent to dinosaurs) forces the Autobots to embark on a quest of retrieval to prevent Megatron and the Decepticons from cloning the beasts into an ancient army of fire and claw. ‘ One shall stand, one shall fall,’ Optimus’ says once again in his trademark sonorous voice, alluding to the 1987 animated feature The Transformers: The Movie.

Operating out of a makeshift headquarters in America with the help of a few teenagers and agent Fowler, the Autobots find themselves, once again, in a precarious situation with the universe at risk.

Having not seen anything but Michael Bay’s blockbusters of the same franchise I wasn’t sure what to expect of the quality of animation of Beast Hunters, which I now know, is high. The series works where it counts. The fights are an amalgam of martial arts, gadgets and wisecracks. Beast Hunters exhibits 300-eque slow motion beat downs, and on-point dialogue during battle scenes to fill the engagements with substance. This is an ambitious attempt within the writing of the show in trying to get away from the ‘I’m here, you’re here, let’s fight’ scenario that sometimes plagues teen animation.

The fight scenes display the capacity of the animation of Beast Hunters and contemporaneously sheds light on the dynamic, sometimes comical relationship between the Decepticons and Autobots.

The series also asks what it means to be a prime. The Beast Hunters uniting has caused tension within the Autobots. Bumblebee has just achieved rank as warrior, and Wheeljack is reluctant to fight under Ultra Magnus. This makes for a more spirited story with points of interest found in every scene. The fire breathing Predacon has a salient resemblance to the dragon. The dragon has always been an image of struggle found repetitively in human storytelling; it’s the evil that man must overcome. Barely under Decepticon control, the Predacon in this series will prove to be a necessary monster in the Transformers universe.

As an adult I enjoy where the franchise is going and I am more engaged by the writing. But as a kid, this is exactly what Transformers is meant to be and what it’s always been for me; cool robot battles, likeable characters, and the knowledge that the universe is at stake, but it’s going to be ok.