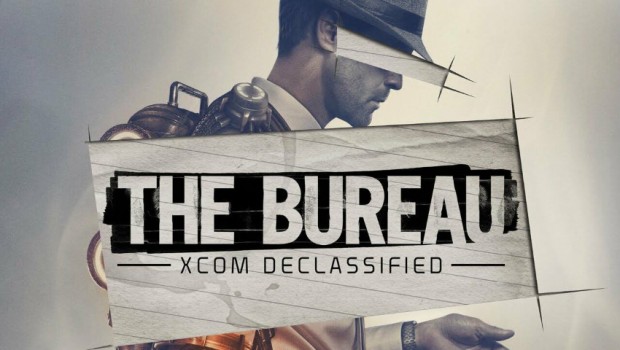 Summary: If Enemy Unknown hadn’t come out to critical acclaim and revitalised the franchise so soon before this I doubt we’d be seeing so many – for want of a better word – Butthurt comments about the game. An enjoyable sci-fi romp with a storyline that’s engaging enough and a unique setting, The Bureau is more than worthy of your time.

When it was initially announced as XCOM in 2010, The Bureau raised the ire of long time fans of the strategy series for daring to deviate from its tried and true formula and instead focusing, in its earliest forms at least, on researching and uncovering evidence of alien existence against a 1950’s backdrop. After a tumultuous production schedule and numerous changes to the core mechanics – For example the setting was changed to the Sixties to take advantage of Cold War paranoia prevalent at the time and the focus of the game shifted from an investigative procedural where you obtain photographs and other evidence to a more straightforward third person shooter – The Bureau was pipped at the post by Firaxis’s critically acclaimed XCOM – Enemy Unknown. Reinvigorating interest in what was presumed to be a dead franchise, 2K Marin scrabbled to appease fans, both new and old, by once again changing the mechanics to allow for greater tactical control by putting the player in charge of a small team and reintroducing the strategic elements it had previously eschewed. Players are dropped into the shoes of William Carter, a gruff, no nonsense CIA agent who apparently gargles concrete for breakfast to retain his gravelly voice. Drawn into the conflict when he’s attacked by a sleeper agent whilst transporting a mysterious box to high command, Carter soon finds himself working alongside the top secret Bureau of Operations and Commands – Who will eventually become XCOM – fighting an invasion not by the dreaded Communists, as expected, but by vicious extraterrestrial invaders. Imbued with the power to heal himself by what was in the box, Carter’s battlefield aptitude and composure under pressure makes him the perfect person to lead the fight against the large scale invasion being perpetrated by the alien group known as The Outsiders.

Although relatively straightforward in content, the plot is revealed in a strange way, with chunks of exposition seemingly left on the cutting room floor; Characters will gain abilities or access to unique weaponry without any explanation, dialogue can often seem to only be tangentially related to what’s happening on the screen and motivations and allegiances can shift suddenly without any warning. Optional side quests can go some way to explaining certain actions, but seemingly important plot points – particularly a major twist near the end – Are either quickly dropped without reason or dismissed with a perfunctory, and often unsatisfying, explanation. Aside from the issues in conveying the story, there are some glaring inconsistencies, such as the invasion being alluded to being widespread yet much of the game treats your actions as if it’s a covert affair and the suspension of disbelief necessary to accept the games explanation that everything was subsequently covered up at the end is ludicrous, considering the scale of everything that has come before. Still, the story is satisfactorily engaging enough for what it is and I personally enjoyed the journey, duff points aside.

Gameplay wise The Bureau plays like any other third person shooter, with the exception of ordering your allies around the battlefield, which probably most closely resembles the similar mechanic in the Mass Effect series. With a quick press of the B button time slows down as Carer enters Battle Focus mode, allowing him to select special abilities, heal himself and his teammates, target specific enemies and manoeuvre his team around the battlefield. The user interface for these actions are simple and intuitive, using a wheel like system that will be instantly familiar to those who have played the aforementioned Mass Effect; unfortunately the A.I of your allies isn’t quite up to the standard usually displayed in these games, as they rarely take the initiative themselves, leaving you to micro-manage your team at all times in order to gain victory. Still, once the commands are issued your allies react responsively and success can be achieved through careful team management and by taking a strategic approach to the battlefield; just don’t expect to be able to run in guns blazing with your team automatically providing cover. Enemy A.I is also below par, so that kind of counteracts some of the brainless decisions and blatant disregarding of orders you’ll experience with your teammates, yet this is a small concession when you find yourself dashing across the battlefield under heavy fire for the third time simply because your ally decided that running in circles was the best way to avoid being shot.

As mentioned before, Carter and his teammates have access to a variety of special abilities, with those of your allies dictated by their different classes of Commando, Recon, Support and Engineers. Fairly self explanatory, the Commandos are your typical tank class, Engineers have access to turrets and mines, Recon can hang back and snipe enemies and also call in air strikes and support can heal wounded allies. Carter himself has the ability to summon enemy units and use psychic powers, the most fun of which is the telekinetic lift which brings back fond memories of the gravity gun from Half Life 2. Another nice feature is the degradable cover system, serving to ensure that Carter is forced to constantly keep on the move rather than camping in the same spot for the duration of the battle. As you progress through the game and your characters are levelled up it becomes much easier to control the tide of battle and you’ll be setting of satisfactory chains of command that quickly dispatch even some of the higher level enemies.

In all honesty the Battle Focus mode is probably the area where The Bureau shines the most, as the staid and familiar third person cover and shoot mechanics, whilst solid, aren’t anything particularly new or exciting. The control scheme is competently handled, although movement can feel a little clunky and those unfamiliar with this kind of game would be advised to start on a lower difficulty setting until they feel comfortable juggling the tactical elements with the straightforward combat. That’s not to say that the game itself is overly difficult, as even on the higher settings, once comfortable with the control scheme, the game doesn’t pose too much of a challenge. The permadeath feature is also a missed opportunity – If an ally falls in combat and bleeds out before you or another teammate can reach them then they’re dead for the duration of the game, yet if you die or even simply load up one of the many automatic checkpoints then you can completely bypass his, making it seem like more of a gimmick rather than punishing you for your actions. The Bureau’s campaign is also rather short, totalling maybe 8 or 9 hours even with the side missions, and the multiple dialogue options don’t appear to have much bearing on the outcome of the story. Level design is fairly linear but you do have the option of selecting in which order you wish to tackle the missions via a large map in the central operations room at XCOM’s home base. Also available are “Dispatch Missions” where you have the option of sending off two of your agents of sufficient level to tackle various tasks, removing them from your roster during the next mission but yielding a nice surprise once you return to base, usually in the form of new or bonus equipment. The agents will also level up their rank accordingly, which is a nice touch. Graphically The Bureau – XCOM Declassified isn’t overly dazzling but they are solid and serviceable for the most part, although the lip synching can be a little iffy.

The environments are rendered nicely, especially during the off-world sequences, and I didn’t see any real evidence of clipping or anything that would make me downgrade the score on this basis. There’s a mission that takes part primarily on and farm and the graphics were exceptional in showing the fine detail of the grass and hay bales as Carter sprinted around popping aliens; compared to some higher budgeted titles they may appear lacking but they’re certainly above the bargain bin quality I’ve heard some people decry the game for having. Audio is also handled well, especially the environmental and incidental sounds that serve to accentuate the atmosphere of the game, but the constant whining of your teammates can get grating at times. Still, from an aesthetic standpoint, The Bureau handles itself well.

The Bureau – XCOM Declassified isn’t a bad game by any means. Indeed, once you come to terms with the micro-management of your team and the few clunky control issues it reveals itself to be a fairly solid shooting experience peppered with some great set-pieces. I wasn’t an ardent fan of the XCOM series prior to this, so I wasn’t of the impression that 2K Marin was slaughtering a sacred cow, which seems to be the true bone of contention with many fans – That they had the audacity to try something different.

If Enemy Unknown hadn’t come out to critical acclaim and revitalised the franchise so soon before this I doubt we’d be seeing so many – for want of a better word – Butthurt comments about the game. An enjoyable sci-fi romp with a storyline that’s engaging enough and a unique setting, The Bureau is more than worthy of your time. Sure, certain elements don’t mesh together perfectly, but 2K Marin should be commended for attempting such a deviation from the usual entries in the series and the game is good fun and a fresh perspective on the XCOM universe. If you don’t come in expecting another Enemy Unknown I think you may be pleasantly surprised.