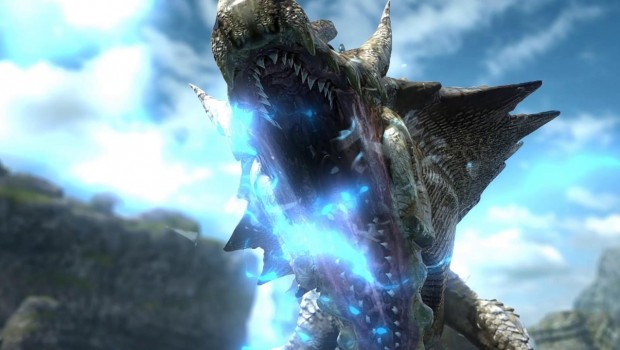 Monster Hunter 4 Ultimate is the fourth main instalment to the Monster Hunter franchise and the second to be available on handheld consoles developed and produced by Capcom which is available as a digital or physical version.

However due to the nature of the game being an action Role Playing Game, I have not personally reached the end game due to the long hours the game requires you to put in but I have played enough to garner an opinion on the game. Will this game be a hunting boon or will this monster of a game be picked clean? The Monster Hunter series while being an action Role Playing Game doesn’t purely rely on grinding out levels in main gameplay or have an absolute strict storyline. The way your character (that you customise in any way you want) progresses and becomes stronger is through the various quests you undertake as a hunter.

You gather materials that come from the monsters that you hunt and you can then use these materials to upgrade, build new armour plus weapons which make you stronger rather than a rational levelling system that relies on increasing stats. You are only as strong as your weapons and armour that you bring into the field.

There are also a total of fourteen different weapons, all with their own play styles, advantages and disadvantages. Some provide additional boosts, being fast or slow striking, being able to do large amounts of damage, the ability to block and so on and because of the way that character progression works it allows you to change the “class” essentially at will. Finally in addition to this, once you have completed the main story, you can go online and hunt other monsters with friends and to me this is where the main meat of the game is, in addition the Downloadable Content that I have experienced with my time with the game has so far been free.

This may change in the future but if this is the model that Capcom and Nintendo are going for, the future of the game’s life cycle is a great option because it does not hide the game behind a paywall. Also, with the gaming community at large being somewhat sceptical about downloadable content and its practices, this is quite a positive change.

The 3D is designed to pull you deeper into the world rather than superimposing a three dimensional image outwards to you and in my opinion, it does a better job drawing you into the expansive world. The art style is amazing to look at, harkening back to traditional high fantasy with visuals that look like they belong in a child’s fantasy book.