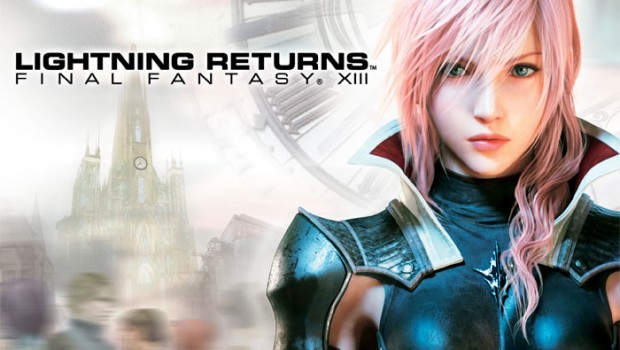 No matter what side of the argument you fall on, one thing about Final Fantasy XIII is clear. It is a divisive game, and for every fan of its fast paced battle system there is a detractor regarding the games linearity or abolishment of many features that traditionally make up a Final Fantasy game. Square Enix themselves realized this, releasing a sequel that almost completely changed the fundamentals of Final Fantasy XIII. Now Lightning Returns is here to completely shake things in an attempt to stick the landing and provide some closure to the saga of Lightning and her friends. Lightning Returns takes place in the world of Nova Chrysalia, where humanity has stopped aging for the last 500 years. The end of the world is days away,  and Lightning has been tasked with collecting souls by God in order to create a new world. Those who haven’t played either of the past two Final Fantasy XIII games may find themselves confused, as many situations rely on relationships that have previously been established. It doesn’t help that the main party members are largely bland, and that Lightning is one of the least interesting protagonists in a Final Fantasy game.

Lightning has been a major part of all three games in this trilogy, and still remains a cipher. Having spent over 100 hours getting to know her all I could say about her is that she cares about her sister, and looks like a bad ass when wielding her sword. It is as if Square Enix sunk all their ideas of what makes a protagonist look cool into her, while forgetting to provide her with an actual personality. Lightning Returns does not really do much to change this, and the result is a convoluted story that is hard to get emotionally invested in. It’s a shame that for a series known for its poignant and affecting story moments that Lightning Returns fails to provide an interesting narrative, especially when there are a few clever gameplay ideas. The biggest one is the completely revamped battle system. Lightning Returns ditches multiple party members and introduces Schemata. Schemata are different outfits that Lightning wears, imbuing her with a different set of abilities. Three Schemata can be used in battle and they can be switched at will. Success in combat relies on switching between different outfits to exploit weaknesses of enemies and chain devastating attack combos. The Schemata are also endlessly customizable, and hours of fun can be had buying and collecting new accessories for Lightning and tweaking them in the menu system. New abilities can be assigned, and it is satisfying to figure out a combination of Schemata to destroy difficult enemies. There are also some genuinely hilarious outfits to be found, and putting a ridiculous bow on the stoic Lightning elicited a few smiles. For all the facets the battle system contains, it is a little disappointing that combat is fairly inessential this time around. Battles no longer provide experience, eliminating the need to grind. Without the necessity to grind, you can spend large parts of the game avoiding battles without being punished for it. Experience is gained this time around by finishing quests, either story related or a wide variety of sidequests. Most of the sidequests are the sort of fetch quest padding that RPG’s are famous for, but this time are harder to avoid due to the stat bonuses they provide. They are mostly painless, but it does feel odd sometimes that the world is ending and you are spending a large portion of time helping people to work or helping them find lost items.

This brings me to another of Lightning Returns main game mechanics, the countdown clock to the end of the world.  The clock does give the game a sense of urgency, and the night and day cycle means that the environment is ever changing.  It also feels strangely limiting. The world of Nova Chrysalia is huge, and gorgeous, and hours could be spent taking it all in. Unfortunately the clock does not really allow for that and the fact that for some reason Lightning will be transported back to her home base every day at 6am no matter what, is annoying. Ultimately Lightning Returns introduces some fresh and novel ideas, but spends an equal amount of time hampering these and introducing a new set of problematic aspects. For those who have made their way through the previous games, Lightning Returns presents an interesting alternative and unlike its immediate predecessor, has an actual ending. For people that haven’t taken part in Lightning’s exploits that past few years, there is plenty to like here, but it is ultimately a frustratingly inconsistent experience.