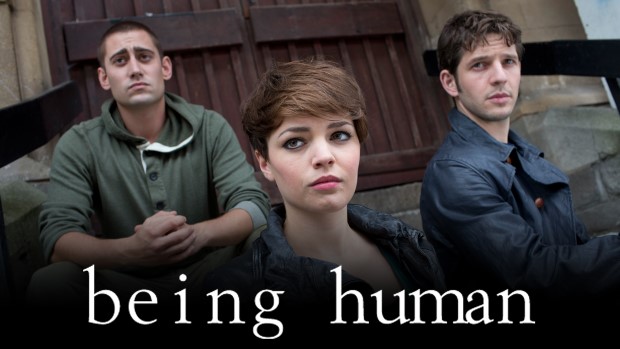 Summary: Consistently entertaining and a brilliant example of how to reboot an ailing show, this accomplished program may have had its ups and downs in the past but it gives me great pleasure in announcing that Being Human definitely ends on a high note in regards to quality. After a disappointingly uneven Fourth season the future of Being Human looked uncertain; the three main leads had all departed at different times throughout its run and fans were faced with the prospect of a new series opening with an entirely new trinity. Although both Werewolf Tom (Michael Socha) and the OCD Vampire Hal (Damien Molony) had been introduced during the series 4 arc, many thought that the departure of the final remaining original character, the ghost Annie, would signal the death knell for the program.

Yet a surprising thing happened – Unlike many situations where fan favourite characters are summarily replaced with lacklustre imitations of the originals, Being Human took a different tack and pulled off the cast replacement admirably by exploring new avenues with unique characters rather than settling for merely providing a Chachi for the Show’s Fonzie’s.

Series five settles easily into the new line-up with Tom and Hall joined by the ghostly Alex (Kate bracken) as the two corporeal characters find themselves forced to take positions at a seaside hotel after losing their previous jobs due to the amount of time expended trying to wean Hal off from his bloodlust. Little do they know that one of the hotel’s permanent guests, a misanthropic wheelchair bound old geezer by the name of Captain Hatch (Phillip Davis), is actually a figure from Hal’s past that’s harbouring one doozy of a secret identity: He’s the lord of darkness himself. With the scene set for an apocalyptic endgame, the three housemates must also contend with arrogant child ghosts, the spurned Lady Mary, a mooching former weatherman with a secret of his own (A delightful turn by The Mighty Boosh’s Julian Barratt), and trying to reign in the Vampire Crumb, newly turned by then misguided Hal, from causing havoc. Meanwhile semi-antagonist Mr. Rook finds his covert government department, responsible for keeping the regular world oblivious to the existence of its supernatural denizens, subject to budget cuts and imminent closure.

Being Human Series Five leans more towards the comedic side of things this time around, a welcome relief from the po-faced story arc of previous series and harking back to the high points of Series one. The new cast have great chemistry and play off one another extremely well, particularly in regards to the unlikely bromance between the naive Tom and the stiff upper lipped Hal. The budget cut subplot is also a playful jab by the writers at the same fate befalling the show when BBC3 reduced its funding, eventually leading to its cancellation. That’s the saddest thing about this season – The fact that it’s the final one. Just as fans were revelling in the new characters and the show’s return to form, the final curtain came down; the new trinity recaptured the humorous tone that had become absent by the fourth series and the lacklustre memories of the final days of Mitchell, George and Annie were replaced by the playful banter and occasional incursion into darker territories of this reinvigorating series.

Thankfully series creator Toby Whithouse and his writers were aware of the show’s upcoming cancellation and responded by giving the show the send-off it deserved; character development is handled deftly alongside perfunctory self-contained stories and the finale is easily a contender for one of the best episodes of the entire series. The writing truly is a return to form and it’s just a shame that the writers weren’t given more time to further expand upon the mythology of the show. Yet fans should be happy that the show’s plotlines and character arcs are given sufficient closure, as many shows aren’t blessed with the same fate. Unfortunately there are no supplemental features included with this release, which is a shame as the UK release packed a few featurettes, short webisodes and an epilogue specially filmed for the release. Thankfully these are all available to view on the BBC’s Being Human website, if you’re so inclined, but it would have been nice to have them collected on this release. Simply put this series of Being Human is easily one of the best of the program’s entire run; in fact, it may be my favourite, as I personally prefer the new leads over the original cast. I do lament the fact that we don’t get to spend more time with these characters, but as mentioned above they are given a cracking send-off that left me satisfied. Consistently entertaining and a brilliant example of how to reboot an ailing show, this accomplished program may have had its ups and downs in the past but it gives me great pleasure in announcing that Being Human definitely ends on a high note in regards to quality.