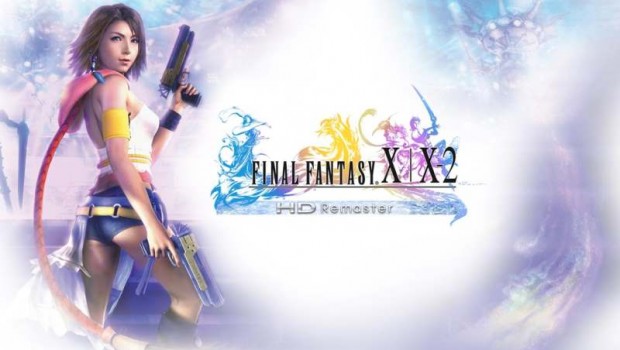 Summary: All in all, a package that includes one of the PS2’s best games and a high point in the Final Fantasy franchise with the bonus of its pleasantly solid sequel is one that shouldn’t be missed.

With many fans finding the Final Fantasy XIII trilogy lacking, it may come as no surprise that Square Enix has revisited one of their most successful entries in the franchise. No, it’s not the Final Fantasy VII remake that fans still clamor for to this day, instead it is  beloved entry Final Fantasy X and it’s slightly less regarded sequel Final Fantasy X-2 in one shiny package that gets the PS3 treatment.  This is no budget re-release either, as Square Enix has gone the extra mile to ensure new players and old fans will find something to enjoy. Final Fantasy X was a milestone for Japanese RPG’s the same way Final Fantasy VII was the generation before.  In addition to the significantly improved graphics it was the first game in the series to feature fully voice acted characters.  It was also backed up by an incredibly involving story, and a deep battle and leveling system. The Conditional Turn-Based battles swap out the fast pace of the previously utilized Active Time Battle system in favor of a more tactical experience. The ability to swap party members in and out at will offers a new layer of strategy that gives players multiple strategies to defeat the various fiends found in the world of Spira. Those who like a challenge will also be happy to find that the HD re-master includes the Dark Aeons and optional Superbosses from the international version. It also includes the option to use the advanced Sphere Grid, which is Final Fantasy X’s experience system. The Sphere Grid has a wealth of customization options in order for you to turn the characters in to the powerhouses necessary to take down the meanest bosses. The game is special, and continues to be after all these years, so it’s a pleasure to see that Square Enix has given it the treatment it deserves. The HD re-master is no rush job with a slightly newer coat of paint. Everything has been given a lift, from the characters to the environments. Granted, it won’t compete with anything next-gen or even the later games from the current generation, but it does look significantly better than the PS2 version. Some things seem a little off, for instance the close up faces of the characters always seem a little vacant but on the whole the upgraded graphics are very pretty. The soundtrack has also been re-mastered on a large selection of tracks for better and worse. Some of the new tracks sound fuller and more dynamic, but some of the other new arrangements fall a little short of the original.

There are a few niggles to be found, those used to the current generation of RPG’s might find the fixed camera a little jarring at first, and the fact that you can’t choose to skip the cut-scenes is borderline inexcusable in this day and age, but on the whole Final Fantasy X is well worth sinking 120 hours into whether it’s your first play through or your fifth. Then there is Final Fantasy X-2, a sequel that split opinions to say the least. X-2 takes a very different tack to it’s prequel, eschewing the serious story for the girl power adventures of Yuna, Rikku and Paine. Gone is the CTB battle system and the sphere grid, in favor of the ATB system and Dress Spheres. Each Dress Sphere gives the party members unique ability and they can be changed during battle to fulfill certain roles. Many were disgruntled with the change, but Final Fantasy X-2 still has a lot to offer if given a chance. The non-linear gameplay, the addictive combat, the sheer variety of things to do and the suprising amount of challenge provide a different, yet still rewarding experience. Sure, the story may seem a little silly at times, but this is coming from a series where one of the favorite entries involves an extended cross dressing sequence complete with squat thrusting competition. Final Fantasy X-2 is a solid game, and deserves to be played.  The graphical upgrades are less significant in this version, but the game still looks much better than the original version. The soundtrack hasn’t been revamped in this version so a lot of the cheesy pop tunes remain, but that’s part of the charm that is Final Fantasy X-2. All in all, a package that includes one of the PS2’s best games and a high point in the Final Fantasy franchise with the bonus of its pleasantly solid sequel is one that shouldn’t be missed. The fact that so much effort has gone into the re-mastered graphics and soundtrack, in addition to the additional material such as the bridging story between X and X-2 and the Last Mission epilogue to X-2 (the less said about the 30 minute ‘audio play’ sequel the better) makes it that much more essential. If you’ve ever wondered what all the fuss was about but never had a chance to play before, or even a fan that is looking to get lost all over again, this is an essential purchase.