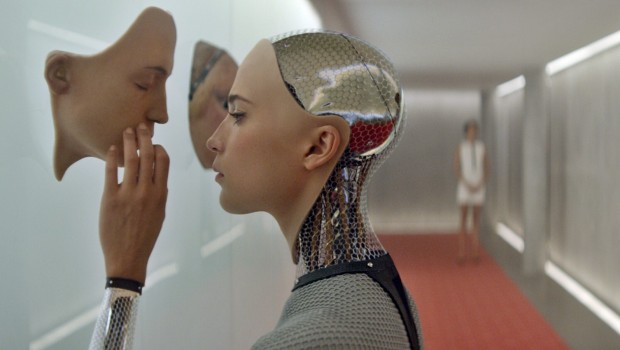 Universal Sony Pictures Home Entertainment is releasing Ex Machina – available to own on Blu-ray™ with UltraViolet™, DVD & Digital from September 10, 2015.

Artificial Intelligence is showcased like never before in the chilling, suspenseful film Ex Machina.

Caleb (Domhnall Gleeson, Harry Potter, Never Let Me Go, About Time) thinks his luck is in when he wins a trip to the home of his gifted, genius billionaire boss Nathan (Oscar Isaac, A Most Violent Year, Inside Llewyn Davis). Little does Caleb know that he’s about to participate in a strange experiment where he tests the emotive outputs of an artificial intelligence housed in the body of a beautiful robot girl, Ava (Alicia Vikander, Seventh Son, Anna Karenina).

Tensions soon run high as the experiment twists into a dark psychological battle and Caleb begins to mistrust Nathan and develop feelings for Ava. This gripping story soon comes to a head with Caleb being forced to choose between his scientific perceptions and his overwhelming emotions for the AI.

Directed and written by Alex Garland (28 Days Later, Sunshine) and boasting an impressive cast, Ex Machina will leave audiences questioning whether Artificial Intelligence can understand and experience the human emotions connected to love and sexuality.