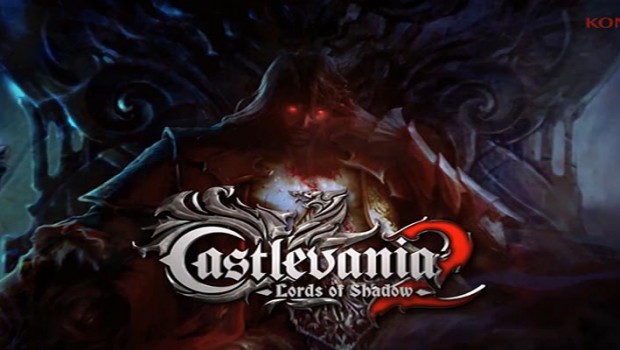 Summary: Castlevania Lords of Shadow is a must play game on the PlayStation 3 that really draws you in from the start to give you a spectacular journey of good versus evil in this beautifully presented sequel.

Castlevania Lords of Shadow is a classic re imagining of this series and is probably the best game since Castlevania 64 that not only looks amazing but plays equally as good, especially on the Dualshock 3 Controller. Gamers also return to the enigmatic hero Gabriel Belmont (now known as Dracula) who has been destined to save the Earth from a nefarious ancient evil. But with the forces of evil hot on his trail, he has one hell of a job before him in this epic yet clichéd story. In terms of completion, most players should be able to knock off this game in around 20 hours which feels just right but more importantly, the developers have included a few different pathways in completing each level so another play through would still be enjoyable. I also loved the introduction of Gabriel to the player as “Dracula”, especially when he travels to the Guardian of the Lake in order to ask for assistance which serves as a tutorial. It sets up the character well and the story… and for those that are interested, you do get to the Castle in this game, it just takes a little time.

The biggest change to the series is the gaming mechanics that really takes the arcade platforming genre to a totally new level that is made even more impressive by the stylised graphics. At its core, Lords of Shadow is an action adventure platformer with a healthy amount of puzzles to be found along the way. At times, Castlevania Lords of Shadow feels like you are playing God of War with its huge boss battles but more importantly, the controls feel flawless and more refined. It’s also great that the developers change the gaming mechanics through the game such as moving between a faux 2D platforming system to a 3D system. Apart from your weapons, Gabriel also has access to both light and dark magic that must be used in conjunction to succeed. Both magic’s play a different role such as healing and damage. With that in mind, the difficulty level of Lords of Shadow can be quite tough and definitely uses an old school formula when it comes to the powerful boss battles that you face. Even on normal, I struggled at times but this definitely harkens back to the original games.

Combat is reminiscent of games such as God of War, Bayonetta and Shadows of the Colossus. Gabriel is definitely a mean lean killing machine when it comes to enemies and he has an arsenal of powerful combos and of course his trusty weapons plus his “chain whip” to send his foes back to hell. However in order to succeed, counter attacks play a key component to the gameplay and if you master this element, it will make your future battles considerably easier. As you do progress, you can upgrade Gabriel’s primary weapon and combos as well. Some combinations do require timing which does increase the difficulty level when you’re fighting those giant bosses, especially with those finishing manoeuvres. Castlevania also has a wide variety of enemies such as werewolves, vampires, giant spiders to name a few and is probably the most diverse in any game but where the challenge is are the boss fights as you are required to find the weakness in their armour. Apart from combat, it’s great that the developers spice up the gameplay with puzzles and platforming opportunities that sometimes give you a well-deserved break from the chaos and mayhem. All in all, the gameplay works and I really could not fault it.

Graphically Lords of Shadow is a good looking game on the PS3 with some great level design, stylised characters and some really good use of special effects, especially the fire and dust. For a game of this genre, it’s exceptionally detailed and the only grip is the sometimes awkward camera angles and at times loss of frame rate. Thankfully not too often. Sound is equally as good and the music really suits the atmosphere of the title. Gabriel is also voiced by Robert Carlyle (Trainspotting) and the game is narrated by the none other than Sir Patrick Stewart who really creates this impeding sense of doom. In conclusion, Castlevania Lords of Shadow is a must play game on the PlayStation 3 that really draws you in from the start to give you a spectacular journey of good versus evil in this beautifully presented sequel series.