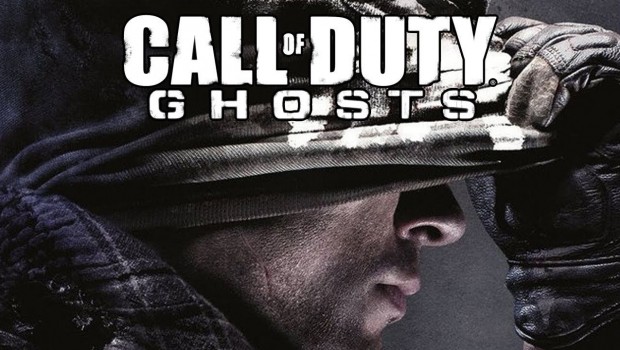 Summary: Call of Duty: Ghosts is a good game but something feels missing.

Having recently reviewed the PC version of Call of Duty Ghosts, Impulse Gamer had the opportunity of checking out the XBox 360 version as well. As you may be aware, the Call of Duty series really challenged the first person shooter genre, especially in the world of consoles which successfully combined the action movie formula with the gameplay which resulted in some spectacular action scenes. There are captures and chases and moments where fellow characters are killed and you feel the fire of revenge hit you, you know that the villain must pay. It’s a brilliant premise, especially through its emotional ties! With that said, Call of Duty Ghosts on 360 is like two games, a short single-player game which lasts around 5-hours and an online component which is where the true star of the game is. The single player of Call of Duty Ghosts delivers to us a roller coaster ride of holy crap moments, and taking us to many different environments from a high Earth orbit, to underwater action. So the game is full of big moments that thrill and delight.

Being outnumbered seems to be the flavor of the day, and that is ok. Since our soldiers have more than a few awesome tricks up their sleeves to help even things out.The game is published by Activision and developed by Infinity Ward, the studio that created the Call of Duty franchise to begin with.

We get a kind of summer movie story line with the villain being someone that was once close to the team and now hunting them down with in the larger events of the game story. We get to bounce around a bit during the story campaign game play, one moment we are the pilots of an attack helicopter, and the next we are a soldier leaving one of the helicopters after we just cleared the area of some of the armor via the helicopter sequence moments ago.

The overall game play experience and story line and sub stories flow together well. Even if there are moments that make you cringe a bit, there are just as many that make you crack a satisfied smile. The story arc here is a bit more of a twist because it makes our heroes more of the underdogs, it’s a fight just for survival of a crippled nation in a long war that has brought the fighting right to its back yard. After the devastating attack we head ten years later into the story borders have been redrawn and the United States IS a war zone. The military forces still have some special operations forces to go in and get jobs done. One such force that has been built upon by legends of their exploits is the “Ghosts”.

Gameplay in the campaign is more or less the same thing as past games. Which is not necessarily a bad thing. Though what else can they possibly do than stuff the same old ingredients into a new wrapper? Use this fixed machine gun emplacement, use this sniper rifle, fly this aircraft, if there is some innovations and game changing to be had this is not it. Not yet. Even with the thrills it can be a feeling of, been there done that. The underwater and oh too short high earth orbit battles where a nice bright touch.

Something about the characters just did not wash with me. It was not the voice acting at all, I think it was more along the lines of the way the script was written and then directed. There just felt like way too many cliché moments of testosterone fueled talk. The stress levels for such a situation are off the charts and none of us of course that have not been in a war zone would understand those stresses. But I would imagine that some of that discipline would still bubble through because the guys I have spoken too about such things tell me that the discipline can help keep you alive when the bullets start flying. It’s summer movie level dialogue and there are moments where you do, as a player and observer become invested in the character. So it does do its work to a point. So the campaign while ok, is still some of the same old song and bullet dance, with a couple new things here and there….like the war dog. There are times you take control of Riley the German Shepard, as you sneak and stalk your way through the brush, all while sporting some recon camera gear so your human pals can see what’s going on. Players control Riley and can attack enemy and go for the throat, taking them down and out. It’s interesting that they would include the dog, it’s a risky concept but an interesting one.

Maps it’s all about the maps. The Call of Duty: Ghosts multiplayer maps are the same for all platform versions for the Xbox 360, PlayStation 3, Wii U, Xbox One, PlayStation 4 and PC. With a total of 14 maps. There are plans for DLC pack releases during 2014. Xbox will gets exclusives for the first 30 days as it has been for past Call of Duty DLC. There are interesting times in multiplayer, and you as a player are going to run into those folks that must live in the game because they are that good it seems. The maps have dynamic events that trigger during game play, from earthquakes, floods and if that was not enough players can also trigger events and effects of the environment around them. On the XBox, sound and graphics are looking and sounding very good. The campaign especially looks good with the different lighting and effects. Environments look amazing and almost next-genish with the attention to detail. Characters are modelled well and they move with this human-like grace. Audio is equally good, especially the voice acting and soundtrack.

In conclusion, Call of Duty: Ghosts is a good game but something feels missing. Compared to the previous instalment, Ghosts lacks that punch and the action moments are far too fleeting to make it stand out. The Space Battle are interesting as are the underwater levels and of course Riley the War Dog. All of these add something different to the franchise but unfortunately these are just not enough. It feels a little bit samey!