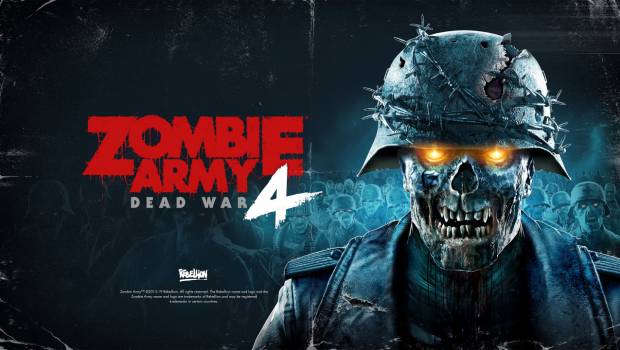 Summary: People who use the phrase "the only good Nazi is a dead Nazi" might want to pick a different phrase after fighting these undead!

Some years ago now I picked up Nazi Zombie Army (for PC), I love the Sniper Elite series and thought any chance to get more of that gameplay would be great. After about 5 hours in I learnt that as much as I loved the gameplay of Sniper Elite… when seemingly endless hordes of Zombies are thrown into the mix, I’m less impressed.

Flash forward some years and the opportunity to fire up Zombie Army 4: Dead War on PS4 came up and I thought “why not? Let’s see what it’s like.” Initial impressions were good. I got my bearings pretty quickly and the controls were pretty decent (as someone who really prefers mouse and keyboard for first person shooters I was a bit concerned) it was easy enough to target the Zombies without it feeling like the game was doing all the aiming for you. 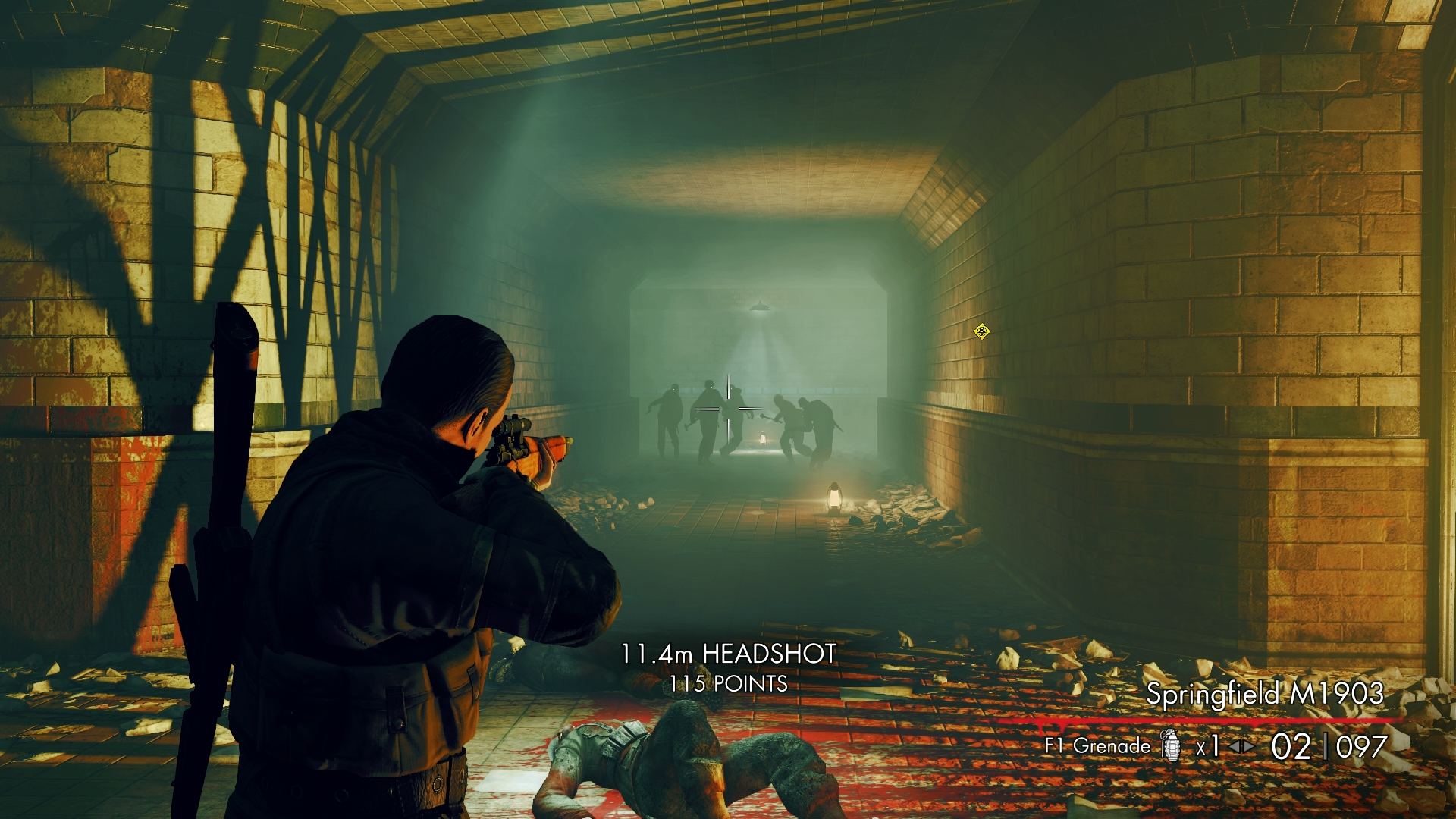 Those familiar X-ray kill shots were popping up only this time we got to see the bullet go through decayed flesh and burst through rotten internal organs… extra disgusting (yet still satisfying). The missions seemed to be going well… I’d die a couple of times, adjust my tactics and progress some more. I would learn where to expect Zombies to pop out when the game seemed to get quiet and I’d manage to send them back to hell. 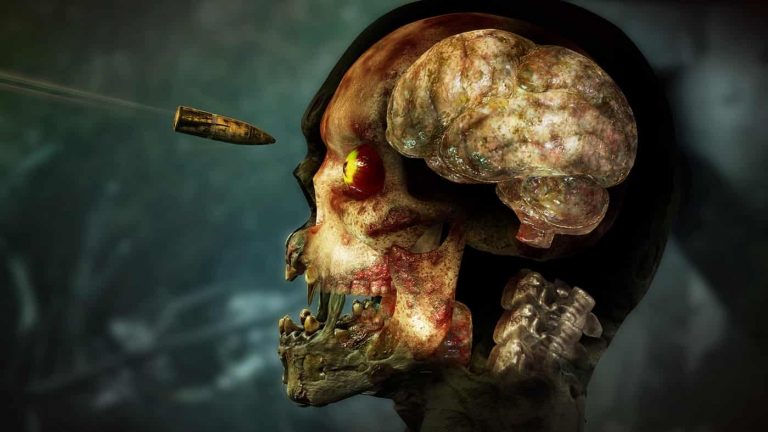 Then I came to the boss battles and I was reminded why I stopped playing Nazi Zombie Army. I hate the boss battles. I can tolerate the seemingly endless hordes that rise up and come after you (though I do prefer the more “regimented” standard Nazi’s of the main Sniper Elite games)… but the Boss battles that spring up just after you’d found a nice rhythm and totally smack you about are just frustrating. I realise that’s a personal preference and that many players will love the extra challenge that the Bosses represent, but for me the fun of the game is the sniper work… the getting the long range shots that take out the enemy with or without an X-ray shot. Boss battles tend to be up close and personal and just change the dynamic in a way that I don’t like. 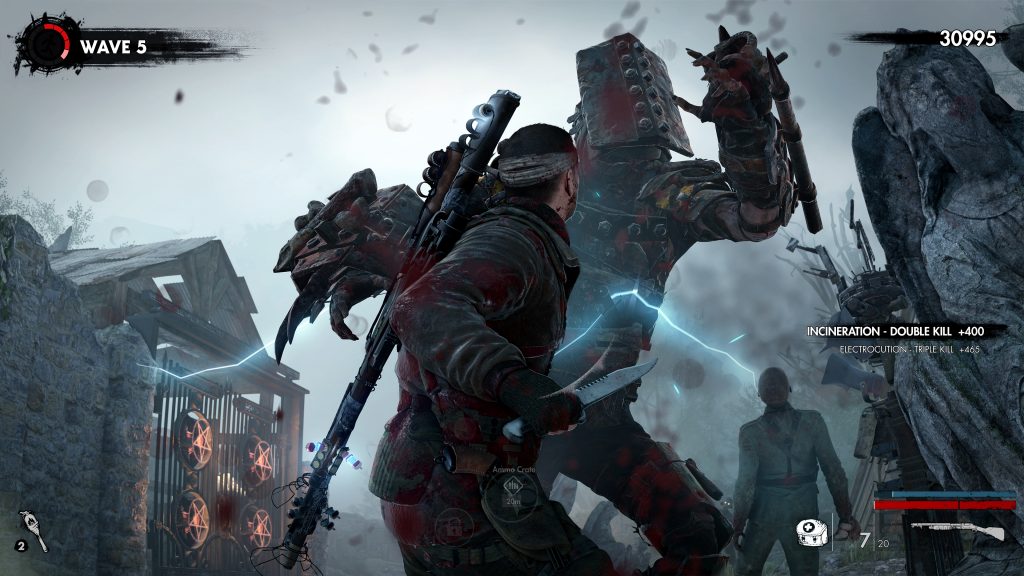 Everything else about the game I quite like, visually it’s lovely (in a gruesome decayed way), the targeting as mentioned does a great job of making you work but not feeling impossible. The number of Zombies seems about right to give you a challenge but not to feel too overwhelming… but then the Boss battles come. 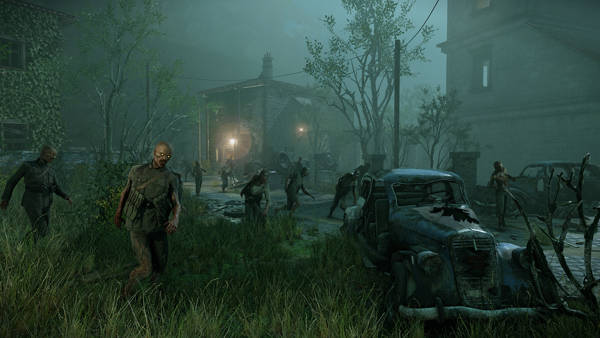 In terms of would I recommend the game, yes I would, if you are the sort of person who likes the added challenge of big brutes breaking up your otherwise sniper fueled game then you will probably love it. If you’ve enjoyed the previous games in the series then this should be an easy choice of buy. If you are like me though and don’t like having to totally shift gears and fight up close battles in a game that revolves around long range combat then maybe give it a miss… unless you regularly have group gaming sessions in which case multiplayer may well make it worth your while.