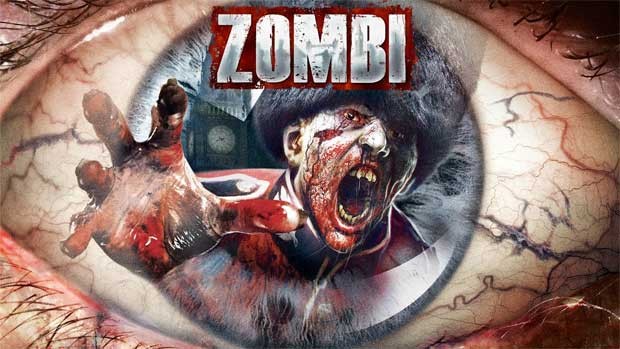 Summary: Zombi on XBox One is a port and is a clunk port but still has a few moments to shine on this next-gen console

The 2012 Wii U classic “Zombi U” has received a next-gen port and is now available on the PC, PlayStation 4 and XBox One (reviewed) for $29.95AUD. So with the U removed from “Zombi U”, Zombi is basically a modified port which is set in the corpse inundated streets of the United Kingdom as players traverse the desolate remnants of downtown London, in which players are tasked with forging a slew of weapons and allies, in order to quell the swiftly encroaching Zombie hordes and attain an elusive cure.

As players progress through zombie ridden London, they will gain access to a plethora of weapons that include melee and ranged as you cut through the myriad of flesh craving adversaries. However as players traverse the meager remains of their derelict base, they will be required to create an extensive array of new defences, in order to thwart the undead as they attempt to overrun your safe house. Thankfully you have some allies to support you in your mission. 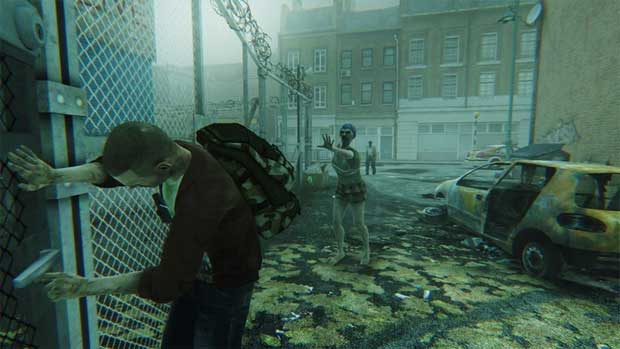 Also, depending on what difficulty you play, Zombi is at times reminiscent of Dark Souls because it can be insanely difficult at times and if you die, you re-spawn as a totally new character so welcome to perma-death. This means that all your items and equipment has been lost but you can hunt your former zombified self down in order to retrieve you items. Another change to the XBox One version is that unlike the Wii U version which used the GamePad for the radar, this is now on the screen itself which does work well. However the inventory system is much more clunky in the port and not as streamlined as it was on the Wii U. It’s fiddle some but still usable.

Searching the subways and streets of London is where the game shines, however combat is the crux of the gameplay as you get to use a plethora of different weapons and items in order to be the victor. With that said, some of the enemies that you face can be quite a challenge, especially the riot police who have now become zombies. Furthermore, Zombi is basically a survival horror so you need to find as much weapons and equipment as possible as these can be quite scarce. This can be a challenge at times, especially as you try and make it back to your safe house with the undead hot on your heels. Ironically the cricket bat is one of the most useful weapons in the game because unlike guns, it doesn’t need ammunition. 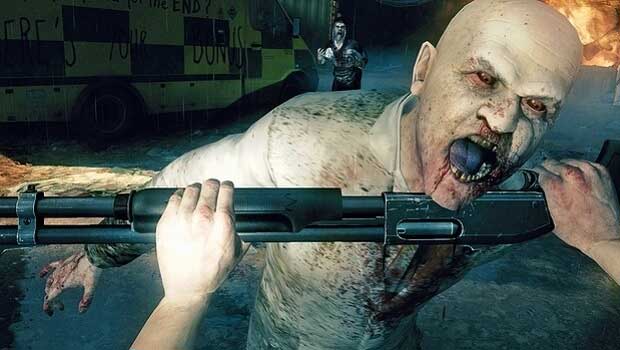 Apart from killing zombies, you need to modify your strategies to ensure that you lock doors behind you or nail planks of wood across doorways to prevent the undead from reaching their intended target… you! Zombi also gives you the ability to forge a manifold of lock picks and keys, in order to swiftly pervade a plethora of dilapidated residents which lie strewn throughout the city’s vile cavities. Then you have work benches which allow you to tweak your items and when you do encounter those powerful undead bosses, an AK-47 or Molotov cocktail can sometimes work like a treat.

However the biggest letdown of Zombi is that the game is basically a rehashed version of the Wii U which means the levels can be quite tedious and it doesn’t really match the games of today. Graphically, the game looks dated and the voice acting is very clichéd and quite over the top at times. However with all this clunkiness, the game still manages to captivate and overall, it does work in some parts. 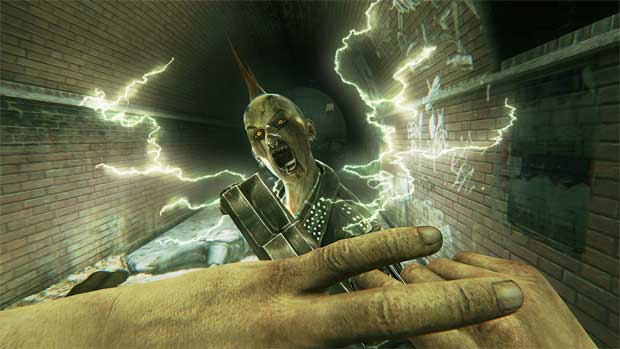 Zombi still suffers from some of the limitations of the Wii U version and although it works on most basic levels, it is still just a revamped version that unfortunately looks a little dated on the XBox One. Compared to the original version, the Wii U is still far superior, especially with the inclusion of the GamePad that definitely made it quite a unique zombie experience on this console. It’s also missing the entertaining multiplayer experience but if you have a few bucks to spare, it still might be worth a play because it’s not a bad game but it’s not great either.