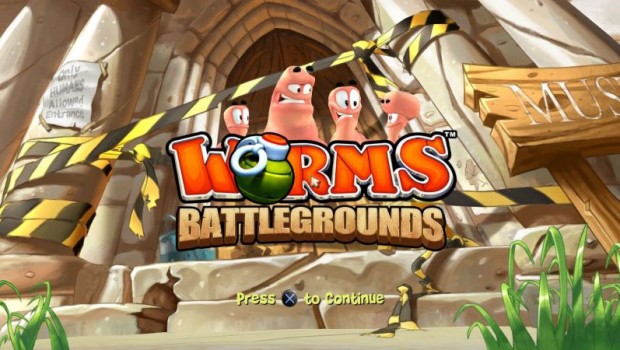 Wow… its been almost a life time ago since I played Worms (1995) and compared to some of the other games at that time, this title was quite unique and very addictive. So here we are 18 years later and this turn based series makes a triumphant return on both the Xbox One (reviewed) and PS4. Welcome back my dear worms! 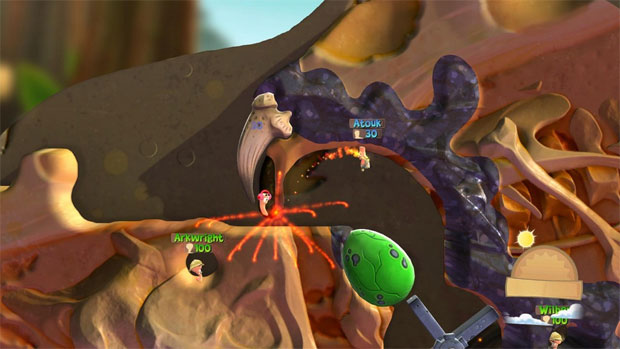 Supporting both a single-player and multiplayer mode, Worms Battlegrounds is equally as good as the PC game Worms Clan Wars that was released last year. In essence, they are both the same games but of course Worms Battlegrounds has been tweaked for the impressive Xbox One. The end result is a sturdy title for the Xbox Live.

At its core, Worms Battlegrounds is an arcade side scrolling puzzler with turn based mechanics. The single player game revolves around Tara Pinkle, a member of the Historical Hooligans who has come to the worms for assistance in order to steal the Stone Carrot from the nefarious Mesmer. Sure the story is a little clichéd but it’s very amusing and suits the Worms franchise perfectly. In single-player there are 25 levels of mayhem to engage in, all with different themes and worlds such as the Vikings era. 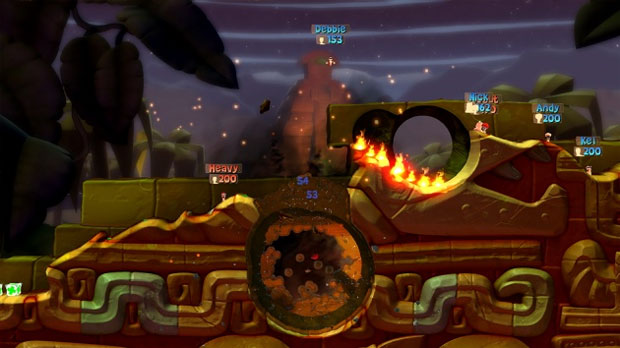 However where Worms shines is through its team mechanics that include the following classes, scout, soldier, scientist and heavy that must be used in conjunction or with their unique skills to complete the level. Each of these classes has their own different powers that makes for an entertaining challenge. Given that, some of the levels only require one worm to complete it. It’s a great balancing act!

Combat of Worms Battlegrounds can prove a challenge but when you have access to around 65 different weapons and items, it does make destroying the AI and the environment a fun prospect, especially when you have the Bazooka. I love the new Aqua Packs and Winged Monkey minions! Level design plays a key component to the title, especially to the puzzles or getting your worms from A to B. To help with the story of Worms Battlegrounds, Tara Pinkle lends a very amusing voice over thanks to actress Katherine Parkinson. 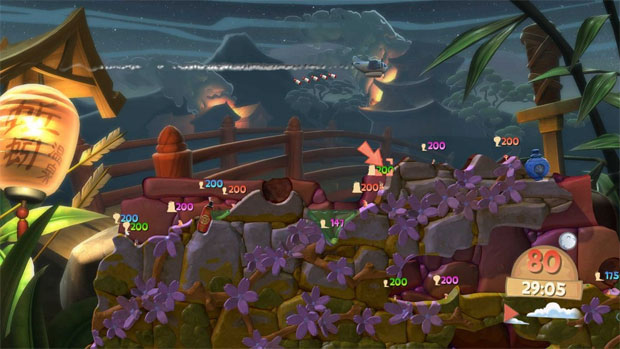 Apart from the campaign mode, Worms Battlegrounds also offers 10 “spec ops” missions which basically rate the gamer out of three stars on how they performed each mission and it provides a fun distraction. The multiplayer is equally as good as the single-player and it supports both online and local matches. Multiplayer (up to four players) allows for traditional Team Deathmatch or Forts. Forts is basically a variant of Team Deathmatch which requires the players to protect their forts.

The online mode even allows you to customise your worms with uniforms and even voices. Add in leagues and leaderboards and there is plenty of fun to be found online. Lastly, there is even a level editor for those that want to dabble in creation. Worms Battlegrounds definitely provides a fun distraction to both casual and hardcore gamers.

Graphically Worms Battlegrounds does look a little simplistic on the Xbox One but it actually suits the gameplay perfectly. The 2D environments have this faux 3D effect which looks kind of cool. I also loved the various animations in the backgrounds as well. Colours are vibrant as are the special effects. Sound effects are decent as is the music score but the highlight is the voice of Katherine Parkinson as Tina. 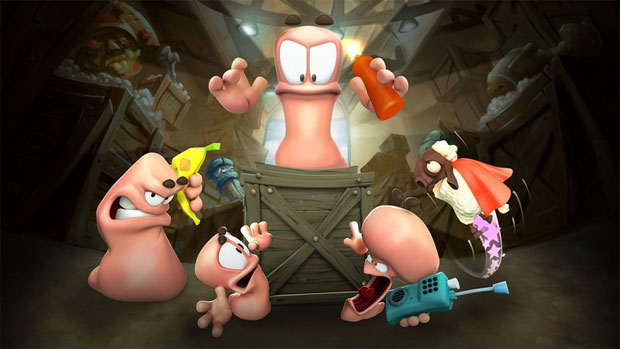 Worms Battlegrounds works surprisingly well on the Xbox One, especially with the controller. Best of all, both single player and multiplayer play well and the only downside to the game (for some anyway) is that a few puzzles may be a little too complex. However that’s what Google is for but all in all, Worms Battlegrounds successfully revitalises the franchise on next-gen consoles! 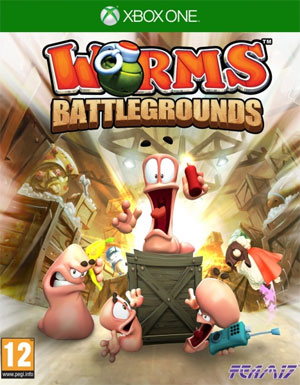