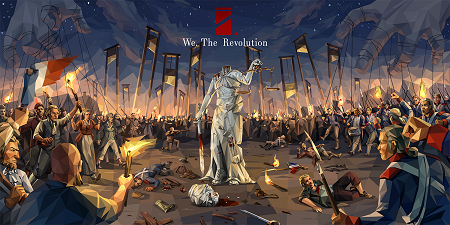 We. The Revolution – Xbox One Review

Summary: A unique journey through the history of the French Revolution, filled with important decision making, schemes and machinations. Eliminate your enemies and keep your head!

This game explores the major events of the French revolution, including the demise of King Louis XVI and his wife Queen Marie Antoinette, through the eyes and actions of Monsieur le Juge, Alexis Fidele, the master of the guillotine.

Many notable characters make an appearance and the story unfolds based on a number of choices you make throughout the game – of course some choices may not really be choices either. After all, this is history and key events did happen, whether you agree or not. As often is the case with these games, some of the events and details may or may not be accurate depending on your source or knowledge, but the way the game is designed, this is likely not to be of consequence to you.

This game is multi-faceted, with an RPG decision-consequence flow, but also layered with battle strategy, criminal investigation and sentencing, as well as games of dice that is both relevant and refreshingly new. 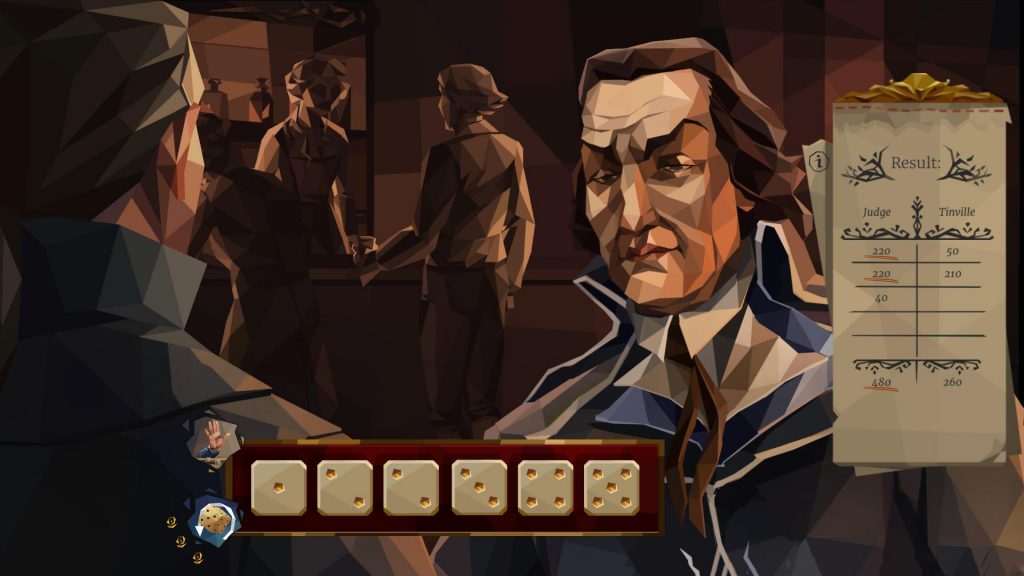 A personal description would be, that We. The Revolution is a unique journey through the history of the French Revolution, which involves the player through important decision making, whilst also forcing you to conduct schemes and machinations to eliminate your enemies and keep your head. Or in other words, it’s some serious Game of Thrones ****!

The game forces you to dance around the popularity of the factions of the People, the Revolutionaries and the Aristocracy, every action you take and every verdict you deliver will ultimately piss somebody off. Each case is weighted differently for each faction, so of course you might ruffle a feather for one group or decide the other way and completely eradicate all favour. To hell with doing the right thing or being judicial, of course you should try, because there may be consequences!

The story is truly wonderful; Most of the criminal cases you preside over are randomised and it also appears to have a few different outcomes and variances based on choices you make throughout the game and the skill in which you gain favour. This would make replays enjoyable and worthwhile.

The graphic style of the game switches between a partial animated comic style with voice over for the story telling aspects, with static character and some partial animations with speech bubbles for dialog. Additionally you do need to do a fair amount of reading of case notes during trials – many of which make interesting reading. All of this is done very well with a very French artistic feel. The only criticism is that the text is too small for the Xbox One release, that is, it isn’t so easy to read the speech and case notes from the couch only 2 meters away. You will likely end up on the floor in front of your TV. 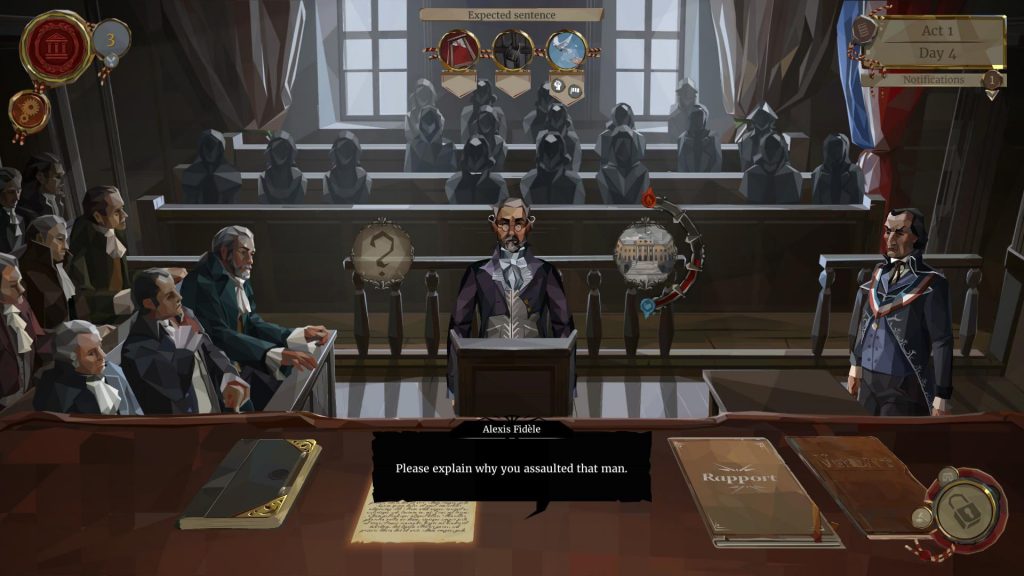 The Xbox One release also has a few problematic points of the game, in the section designated the ‘Intrigue’, which is where the machinations take place. At times, options become un-selectable which consequently halts game advancement, which is often resolved by reloading the previous saved game.

This game really does pack a punch and absolutely delivers. Well done to Polyslash.