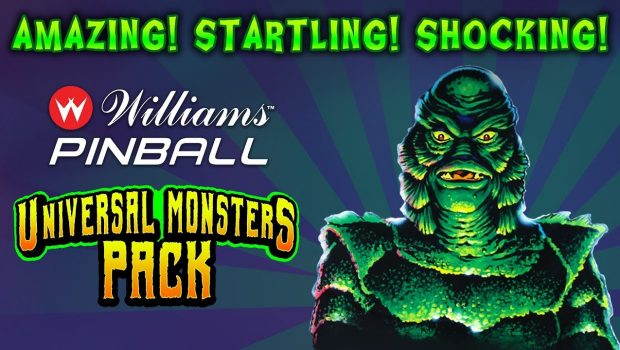 Summary: Two of the best tables in the Pinball FX3 library, with a welcome new original physics option to make them sing.

Calling the Universal Monsters Pack a ‘pack’ is a bit of a stretch. It’s only two tables…so more like a duo. But thankfully said tables (‘Monster Bash,’ ‘Creature from the Black Lagoon’) are quite good.

Both tables are of the upper echelon of Pinball FX3 offerings, inasmuch they’re quite interactive (featuring pop-ups/animations to keep things interesting), have varied targets and ramps, and possess excellent voice acting. On the Switch, however, be prepared for significant loss in visual clarity. Pinball FX3 tables are gorgeous on bigger consoles, significantly watered down for this iteration (albeit not ugly, by any means). 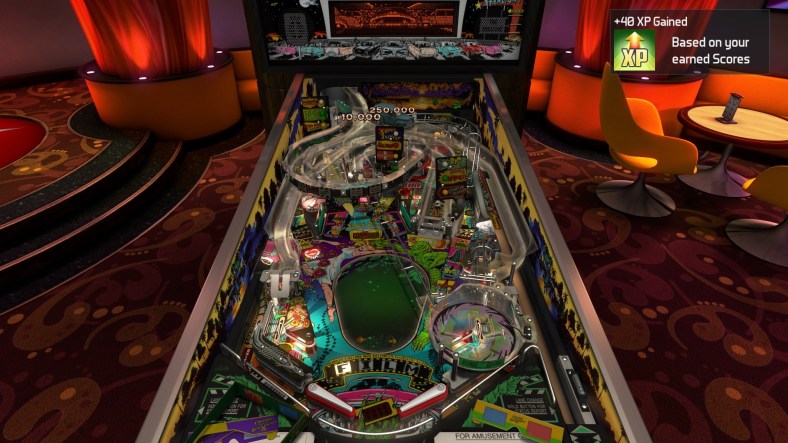 Monster Bash, originally released in 1998, stands as a testament to Williams’ prowess during this golden age of pinball. It’s a very creative table, one that also mercilessly punishes with unfriendly lower table elements more apt than not to end up with balls behind flippers. Scores – typical of this period – are high risk, high reward. Monster Bash likewise possesses long term appeal via different monster missions, all nested around campy 1950s humor and matching music. In typical Pinball FX fashion, 3D and interactive representations of unlocked items are prevalent throughout. It’s definitely a table you will return to.

Creatures from the Black Lagoon’s greatest appeal is the highly interactive, table center omnipresent creature. This visual helps maintain a nice atmosphere, one helped with an outstanding retro soundtrack. Released a few years earlier (1992) than Monster Bash, this table lacks a bit of the panache of its counterpart. Notably, it’s a bit bogged down by uninspiring bumper play and unclear table goals. Again, however, this remains one of the better Pinball FX3 tables. Ramp play is the key to success. 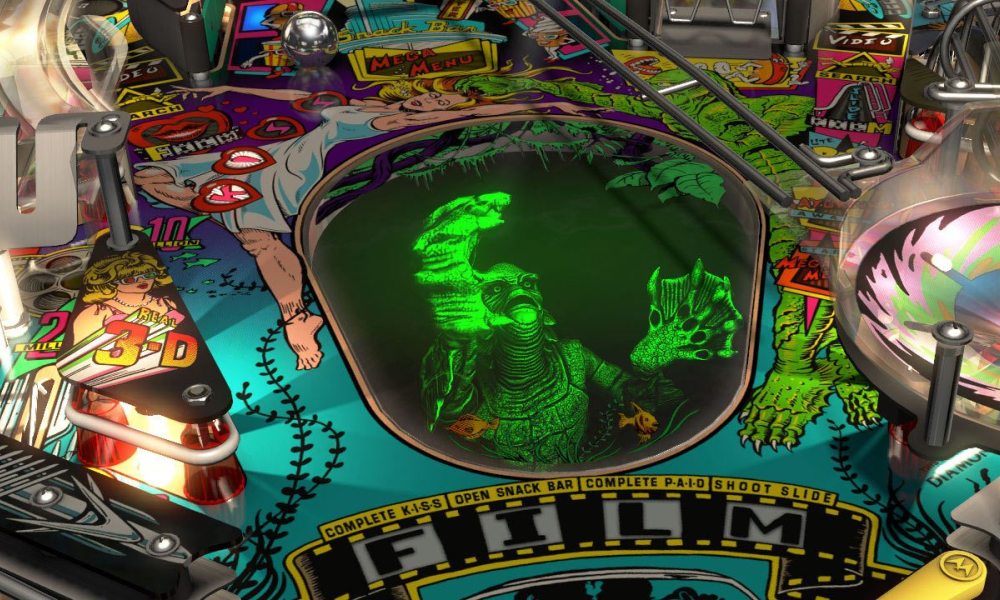 Perhaps the most important aspect of this pack is the very welcome feature to use original table physics. Zen Studios’ default Pinball FX physics are completely unrealistic (e.g. balls move to quickly, downward slope is approximately 15 degrees over-exaggerated, flipper play almost non-existent), an aspect which always led me to Pinball Arcade, despite the former’s far superior presentation. This new option is a literal game changer, and makes for a terrific play experience.

Related, Zen Studios’ new menus for Pinball FX3 are stellar. Navigating between packs and tables is now easy and fun, with interactive guides and menus that liven it up considerably. As a result, buying tables now really feels like collecting. Also, Pinball FX3’s unlockable system based on table XP does provide additional replay incentive.

The Universal Monster Pack is an arguable must buy for Pinball FX3 fans. Monster Bash is one of its best tables, period, and Creature from the Black Lagoon not far behind. Be prepared, however, for some graphical downgrade on the Switch version