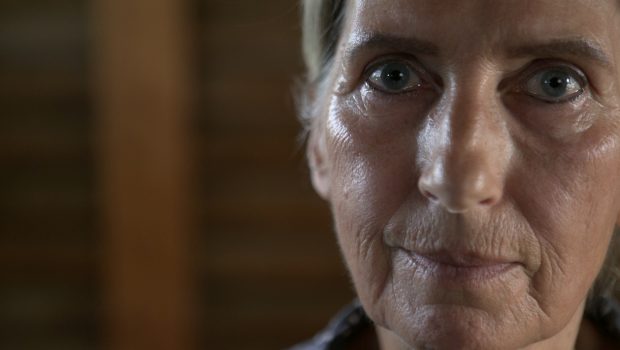 Summary: A subtle but impactful documentary about older women facing homelessness. Viewing it is like a sharp punch to the guts.

It is a sad indictment on Australian society that our country can be both wealthy and still have so many people facing poverty. The film “Under Cover” looks at one marginalised group in detail: homeless women who are aged over 55. This is the largest growing demographic in the developed world, with hundreds of thousands of women facing housing insecurity in Australia alone. This documentary is an important one, as it gives some of these women a voice, as this will be one way to enable necessary change.

Sue Thomson (“The Coming Out Ball Movie”) directs this film that was shot during Covid lockdowns. Thomson was inspired to make this after hearing the story of one woman who had worked all her life and was now homeless. A total of 17 women were interviewed, all from a diverse range of backgrounds and experiences. The ten ladies who made the final edit are: Linda, Sarah-Jane, Claire, Cheryl, Suzelle, Nada, Susan, Margaret, Mary, and Rama.

The biggest takeaway from this film was that the situations they found themselves in were so unanticipated. The women never considered that this would happen to them as they had all had rich lives. But a series of terrible circumstances often eventuated, leaving them in situations where they were either homeless or facing serious housing insecurity. The women often avoid living on the streets, instead living in caravan parks, their cars, or other forms of temporary accommodation.

Celebrated author and Wirlomin-Noongar woman, Claire G. Coleman is interviewed here. She wrote her Stella Prize shortlisted novel while living in a van. She offers up some frank and thought-provoking points about how the pandemic affected the homeless and other members of society.

Mary, another First Nations contributor also offers up a horrific story. She was kicked out of her house aged 84 by her former partner. Domestic and family violence is not detailed in any graphic way in this film, but you do get the sense that this underscores many of the women’s stories.

A lot of this film focuses on the women’s stories and backgrounds. This gives it a subtle but emotionally-arresting feel. Actress, Margot Robbie narrates and gives some context and statistics, but this is only a minor part of the overarching story. Some audience members may draw some parallels to these stories and “Nomad Land” in thinking of an older woman living out of a van. Contributor, Margaret challenges our thinking (and the Hollywood-styled version) by offering up the actual realities/practicalities of living this life.

“Under Cover” ultimately humanises a group of women who were likely to remain hidden homeless women, having fallen through society’s cracks and safety nets. The story is an important one for all to watch, as none of us are immune from such circumstances. We all need to engage in this conversation. Thomson and her team have made a compassionate piece full of open discussions of pure survival. It is high time we hear more of these stories, as this will be the way we can drive meaningful and lasting change.