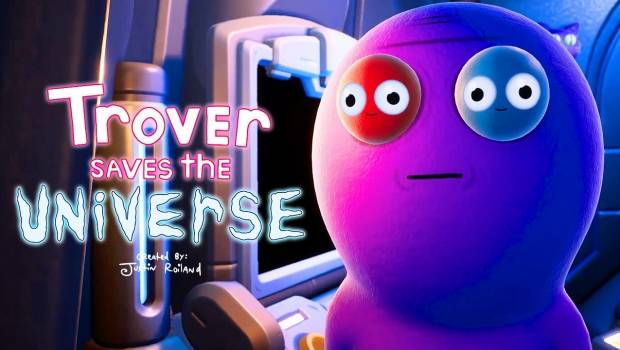 Summary: A genius blend of comedic and gameplay excellence, Trover Saves the Universe is arguably the best Oculus Quest title to date.

A bold statement perhaps, but Trover Saves the Universe may be the best Oculus Quest title to date. Why? It’s literally designed for VR and not in a gimmick sense, gameplay is outstanding, and the humor/writing is laugh-out-loud funny. If you own an Oculus Quest and do not offend easily, consider this a must buy. 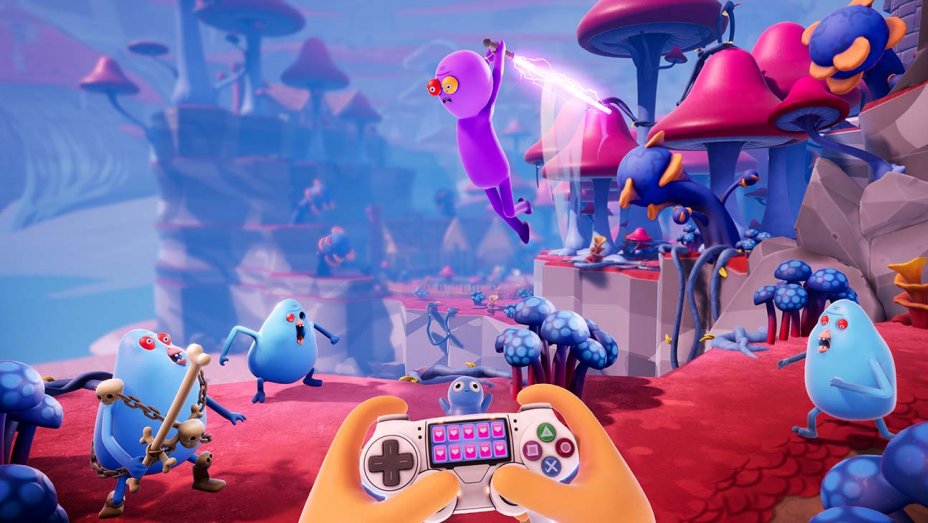 Other games – like Job Simulator, as an example – do a decent job at the comedy VR genre. They immerse you in an alternate and confined version of everyday life, and toss in insane possibilities sans physical consequence for comedic effect. While entertaining in small spurts, they really are little more tech demos with a chance of giggle.

In contrast, Trover Saves the Universe is flat-out genius in its immersion factor. Gameplay is literally responsive to your (background) seated (‘Chairopian’) headset and controller movements, brilliantly offset by a secondary character (an alien named Trover) simultaneously analog stick operated in a 3-d space within the foreground. The two must interact with each other to complete actions and levels, a clever interchange of mixing seated player heights for visibility with Trover’s jumping and combat to traverse and extend levels. Interoperability between the two is virtual gaming poetry.

Moreover, Trover Saves the Universe’s brilliant, raunchy and funny script is completely reactive to how Trover and your Chairopian character interact with each other also level nuances. There’s nothing forcibly canned here, with endless incentive to intentionally push Trover’s buttons and/or revisit certain NPCs/areas. This is the rare game where – based on comedic reward – almost every player will default to behaving like an absolute jerk. The plot is likewise so utterly insane…while strangely believable…it encourages pushing the boundaries to their limit. Example?

Yes, those are weird babies stuck in Trover’s eye sockets..who upgrade by grossly eating other babies. Chairopia is a land where everyone nonsensically sits in chairs 24/7…their houses shaped like said chairs. News is always piping in from the Chair News Network, where swear words and odd staring contests reign supreme. You can pretty much beat the holy heck out of everyone in any world…and they too all curse profusely. The all-knowing don’t wear pants. And that’s just the first hour of Trover Saves the Universe, somewhat summarized. 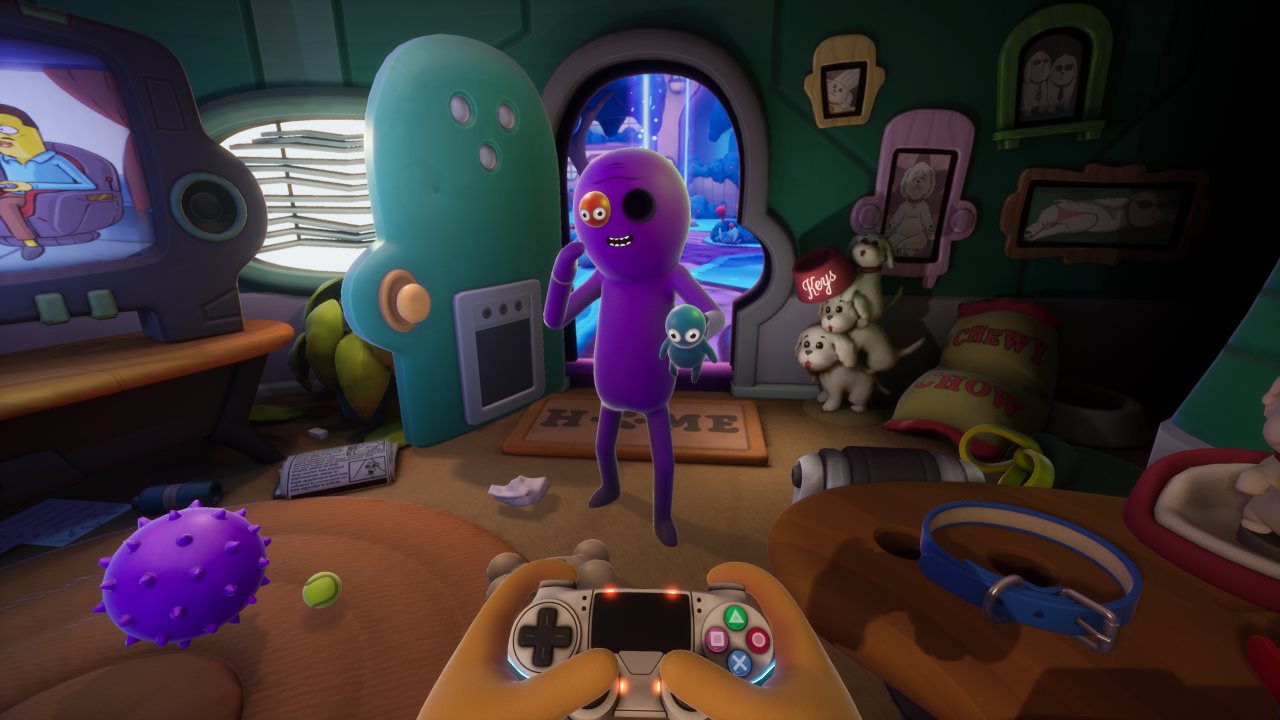 Thanks to Rick & Morty creator Justin Roiland – and on adult setting – Trover Saves the Universe will try its hardest to offend any and everyone. The profanity spewed and wanton violence displayed is omnipresent and awesome. It made me realize just how neutered 99% of games out there truly are. If such displays will offend, however…and/or you want younger folks to play it…Trover Saves the Universe offers an option to tone it down.

Finally and thankfully, Trover Saves the Universe is great bang-for-the-buck, clocking in at several hours’ worth of gameplay. There’s tons of items to collect, easter eggs aplenty, oodles of puzzles to solve, also novel ways to mess with NPCs and Trover. It’s also the type of game you’d probably replay to relive its best moments, also to uncover things missed the first time around.

If there’s one criticism of Trover Saves the Universe, graphics won’t wow. But it’s barely noticeable, as everything so wonderfully packaged. This is truly the first game I’ve played on the Oculus Quest that designed the actual game around VR, instead of the reverse.

Trover Saves the Universe is gameplay and comedic excellence. Its awesome humor and interface make it perhaps the best title to date on Oculus Quest.