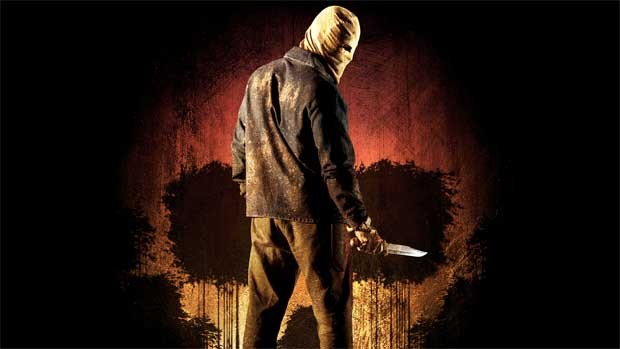 Summary: For horror buffs keen to look back at how the genre developed in the 1970s, The Town that Dreaded Sundown is a good starting point.

The 1970s was a period of transition for American horror cinema. After the horror of the Manson Family helped poison the idealism of the 60s, horror films strove for something approaching realism, or at least an approximation of it. Starting with (ironically, and bleakly) Polanski’s Rosemary’s Baby at the end of the 60s, horror movies abandoned the gaudy, if not campy fun of the Edgar Allan Poe inspired Corman movies.

In their place came gritty, urban horror, inspired no doubt by the creeping decay overtaking American cities. Even in the countryside, as seen in movies like The Texas Chainsaw Massacre, everywhere was decay and grimness, the heartland of America rotten to the core. Gone were vampires, or werewolves, or the undead, and in their place were crazed psychopaths who lived next door and simply wanted to chop you into pieces. 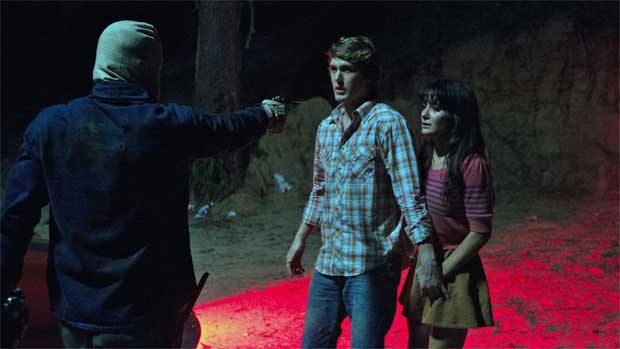 The movie Black Christmas is widely given the plaudits of being the first ever slasher movie. Taking its cue from that movie, and loosely from true events in Texarkana in 1946, The Town the Dreaded Sundown has long since become a classic of its type. Written and directed by Charles B. Pierce, who also played the role of Officer Benson, The Town that Dreaded Sundown is very rough around the edges, but acquires a compelling glamour by adopting a pseudo-documentary feel.

The movie opens with a narration that sets the scene for the locale and times. Quickly, it moves to an attack on a couple canoodling in a lover’s lane outside the city of Texarkana, which straddles the Texas/Arkansas border. The attacker, who wears a hood (thus presaging Mike Myers and Jason Voorhees) brutally attacks the couple, clubbing and beating and biting them. Both survive, but Deputy Norman Ramsey (Andrew Prine) is concerned the attacker may strike again.

Twenty-one days later, the attacker does once more strike. This time, the killer, known as the Phantom (played by Bud Davis who later acted as stunt co-ordinator on Forrest Gump and Inglorious Basterds) kills a man and woman. This leads to calling in Texas Ranger, Captain JD Morales (Ben Johnson; Rio Grande, The Wild Bunch) who begins the manhunt in earnest.

For the most part, the movie maintains its documentary feel. This is reinforced by the occasional appearance of the narrator, and by the look of the movie, which eschews a colourful palette in favour of muddy colours and a modest soundtrack. There is no attempt to sugar coat the brutality of the Phantom’s attacks. We see this most clearly in the depiction of the attack on Helen Reed (Gilligan’s Islands’ Dawn Wells) who is chased from her home and stalked by the Phantom. The fact he is never caught only serves to add to the grimness of proceedings.

What lets the movie down is the intrusion of comedy into certain scenes, which undermines the mood and tension Pierce has managed to conjure on his limited budget. Thankfully, this only occurs a few times, but when it does, as in the cross dressing scene early in the investigation, it stands out like a sore thumb. It’s not entirely clear why Pierce chose this approach, as his handling of it did nothing to add to the movie. Coupled with some occasionally iffy acting, the comedy aspect acts as a drag on the movie and its reputation. 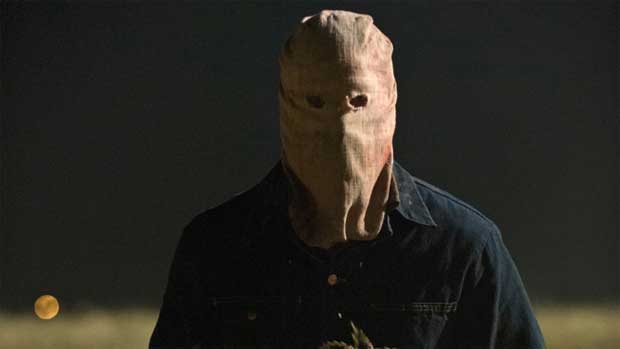 Nonetheless, The Town that Dreaded Sundown (quite possibly the best horror movie title ever) has a lot to recommend it. The period setting (1946) is unusual enough to give the movie its own distinct character. The frequent night shooting and depiction of a city under siege helped build a feeling of claustrophobia. The depiction of a pitiless, silent killer pointed the way to a generation of relentless psychopaths marching across our cinema screens in the 1980s. The acting of the leads, particularly Johnson, helps lend the movie a credibility it wouldn’t otherwise deserve.

For horror buffs keen to look back at how the genre developed in the 1970s, The Town that Dreaded Sundown is a good starting point. If you can overlook the comedy, you’ll find an entertaining movie that has its own merits, bloody or otherwise.

A word on the picture and sound. No attempt appears to have been made to restore the film print, which is frequently marred by scratches and blemishes that in one sense add to the period charm, but on the other distract from viewing the movie. As to the quality of the sound, occasionally you will strain to hear all of the dialogue, which no doubt in part is due to the limited budget at the time. 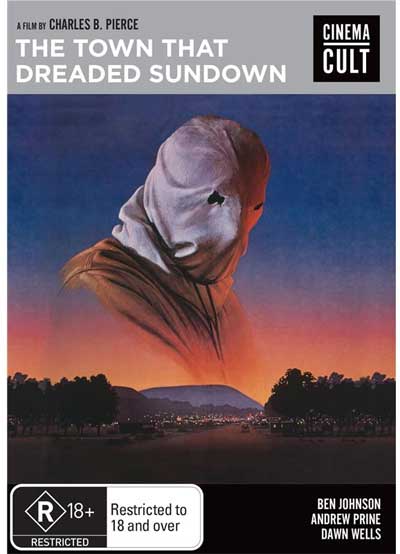