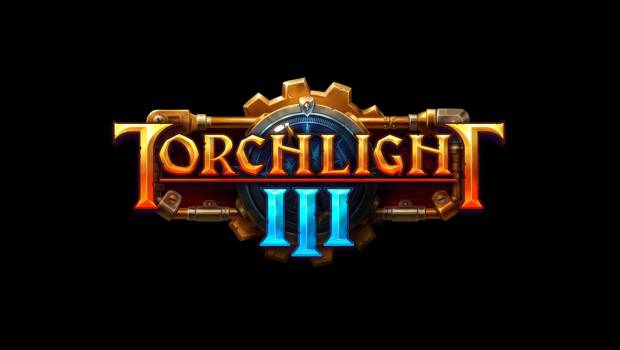 Summary: Torchlight 3 is the best game in the series, but the new additions may not be worth the hefty asking price.

Torchlight 3’s release journey has been tumultuous to say the least. As an Early Access product, the game has undergone significant fundamental changes that have divided the fanbase every step of the way. Then the release date came and went with such little fanfare, you’d be forgiven for not realising the final version is now available. Despite its bumpy development history, the final release of Torchlight 3 is arguably the best entry in the series, depending on what you’ve come to expect from a Torchlight game. 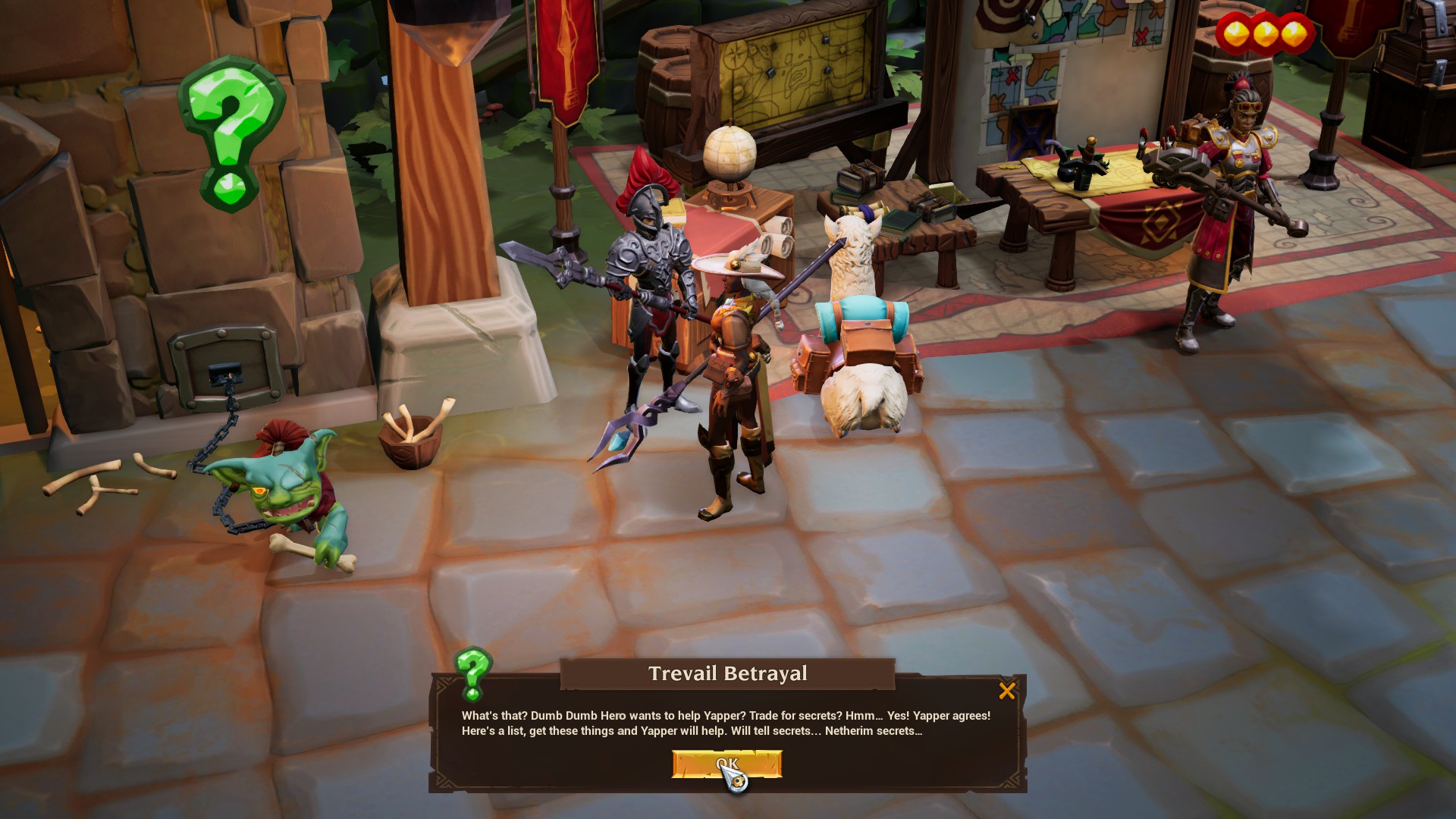 I’ve touched on the legacy of the Torchlight series back when I reviewed Torchlight 2 for the Switch, so if you’re interested in the history of the franchise I suggest you check out that review. But to briefly summarise Torchlight for those that are unaware of the series, Torchlight is an ARPG similar to Diablo, Path of Exile or Grim Dawn. What differentiates Torchlight from these other ARPG juggernauts is that Torchlight traditionally was a smaller, more focused game that was very light on story, but heavy on looting. 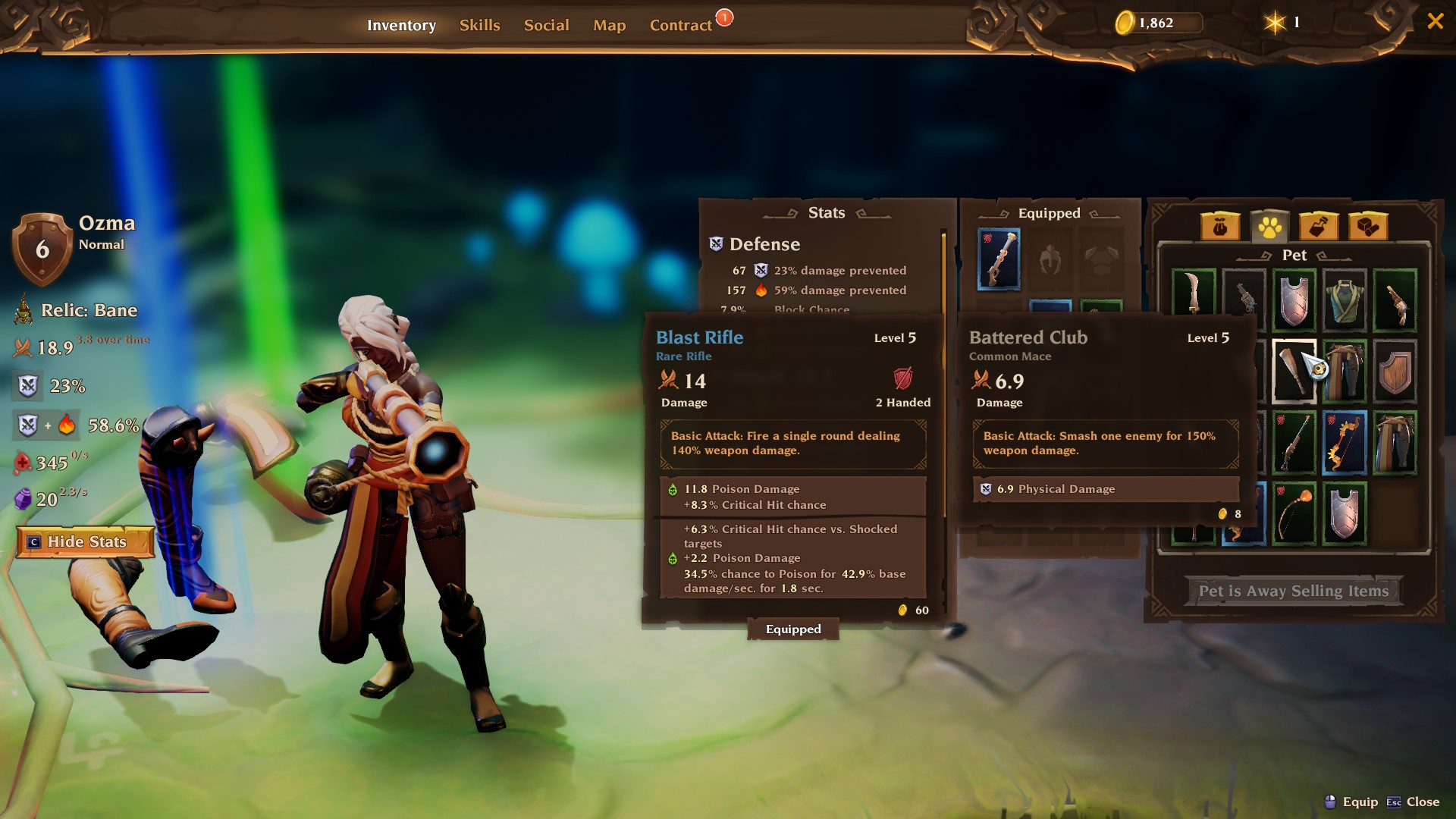 This description remains true to Torchlight 3 for the most part as well. Yes, there is a globe-trotting campaign narrative that is more sizeable than the previous games, but 90% of the time you’ll have no idea why you’re in this cave or fighting this boss, and you won’t care either. The details of the story are wholly forgettable, but the overarching plot is that an ancient evil has awakened and corrupted a team of heroes, and you must put a stop to it. The campaign is lengthy and uninteresting from a storytelling perspective, but it does the job of constantly providing you with new quests and reasons to explore more caves and fight monsters. 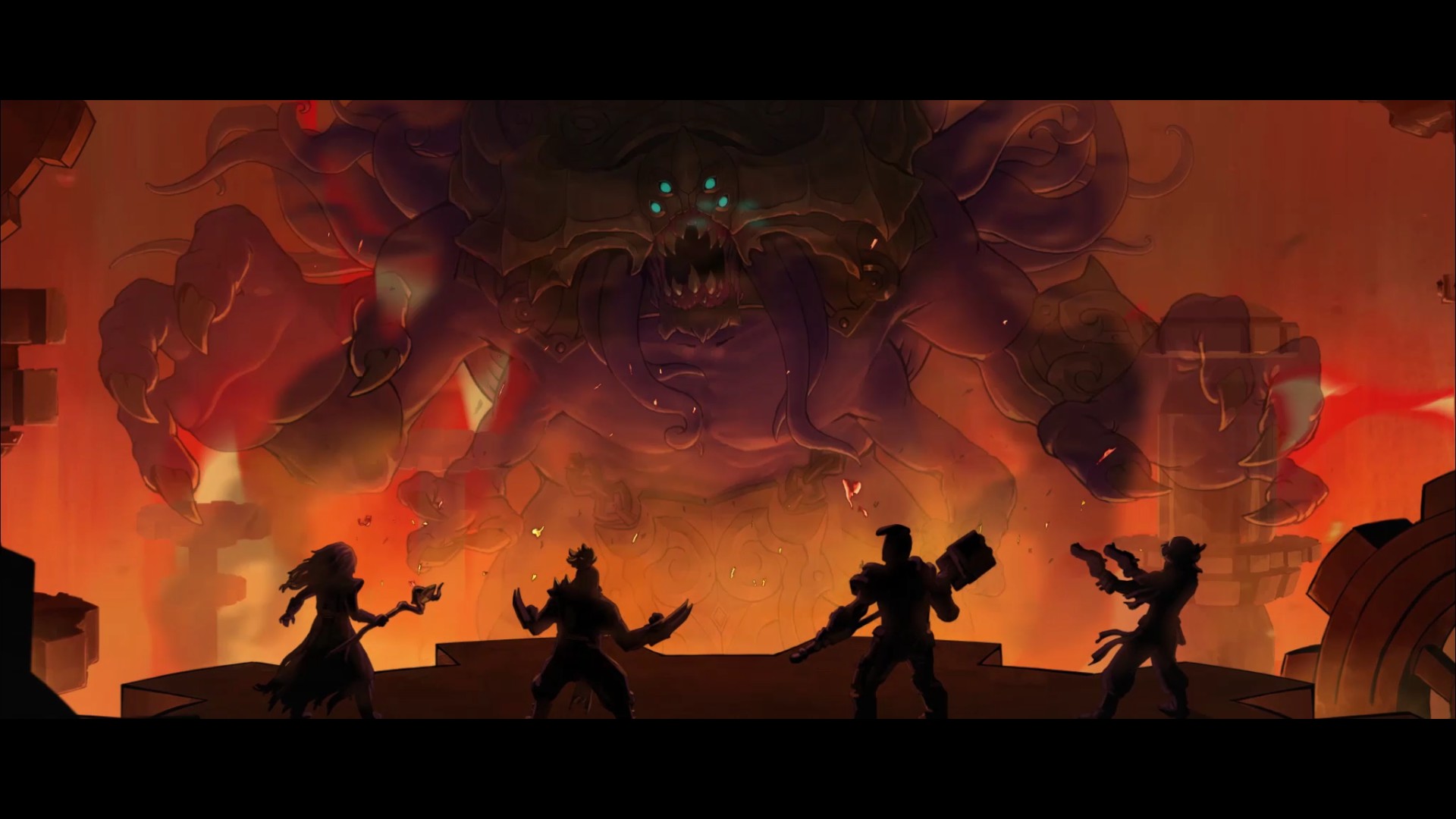 So what’s new in Torchlight 3? Aside from a few minor gameplay tweaks, the main differentiator between Torchlight 3 and its predecessors is the new classes, the new Relic system and the introduction of forts. Let’s start by looking at the new classes and relic system, because the two are closely intertwined. 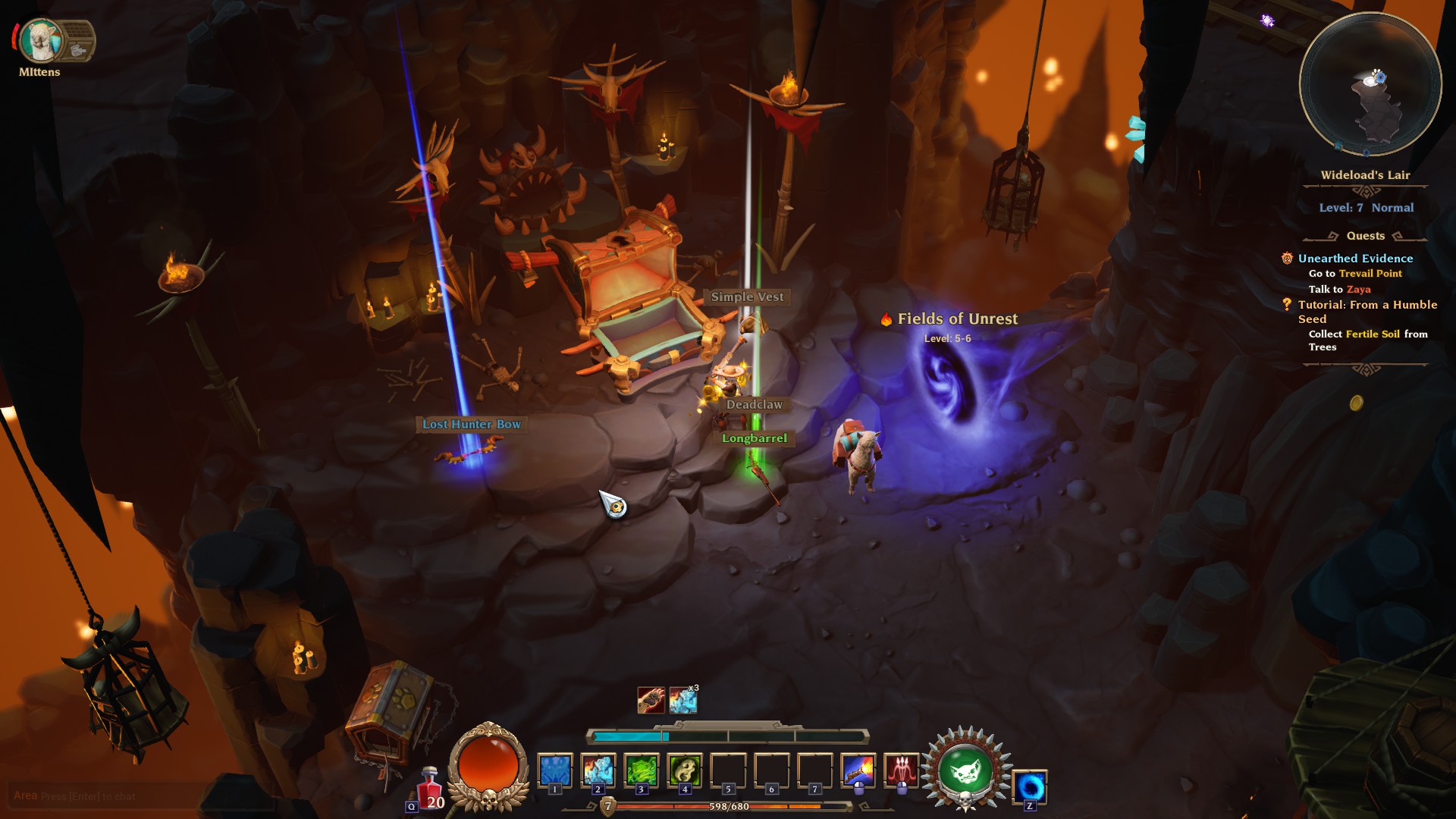 There are four classes to choose from in Torchlight 3 that are loosely designed around the typical RPG class archetypes, but are all versatile enough to be played in almost any role. Duskmage is the caster class that utilises light and dark abilities, where the player is encouraged to utilise both disciplines to maximise damage. Forge is a robotic character mostly designed for DPS and tanking, with abilities that require management of an overheating system that can be used to decimate enemies. Railmaster is a hybrid tanking/DPS character whose main ability is to summon a track-mounted railgun that follows the player around on a train track that is laid down as they move. The Sharpshooter is perhaps the most singular DPS class and they utilise an ammo resource that depletes with ability use and replenishes over time. The new set of classes are my favourite from any Torchlight game, as they are all fun to play and feel distinguished enough from one another in their abilities and combat roles. Their skill trees are also impressively malleable so you can really shape your character build to suit your preferred play style in a way the series hasn’t seen before. 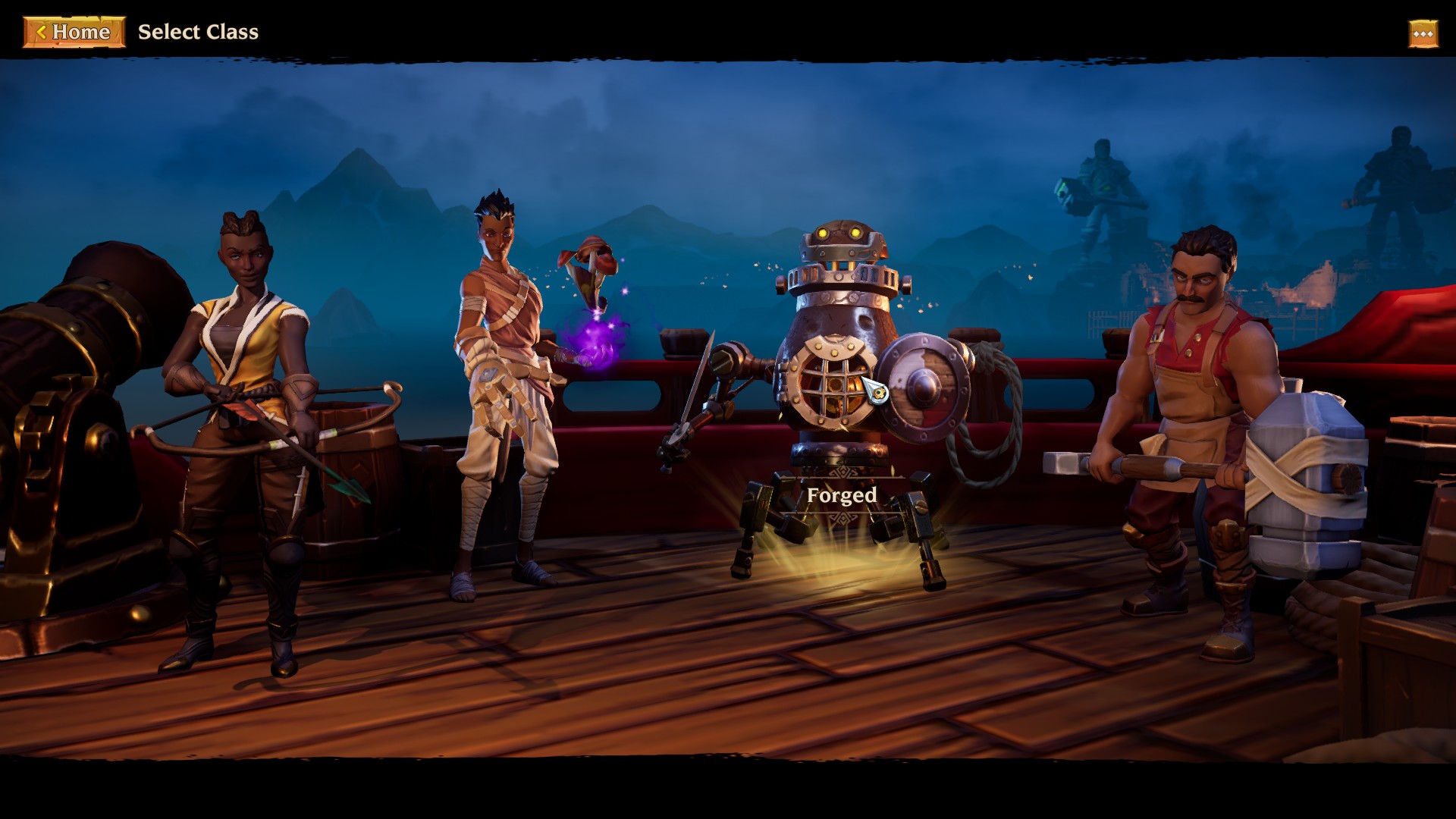 In the character creation phase, after you’ve picked your class and customised the look of your hero (from a disappointingly shallow pool of customisation options), you’ll be given the option to choose one of five relics. Relics are a new addition in Torchlight 3 that grant your character an additional skill tree ontop of their two class skill trees that can be levelled up with experience points acquired whenever you gain a level. Each relic offers different elemental-based abilities and are structured around a core concept. For example, the Bane relic focuses on poison damage and summoning minions to fight at your side. The Relic system is an excellent addition to the Torchlight series as it offers a whole new level of meaningful character customisation for the player to engage with. I’m excited to see the Youtube videos of insane character builds that people come up with by min/maxing the various skill trees and class abilities. 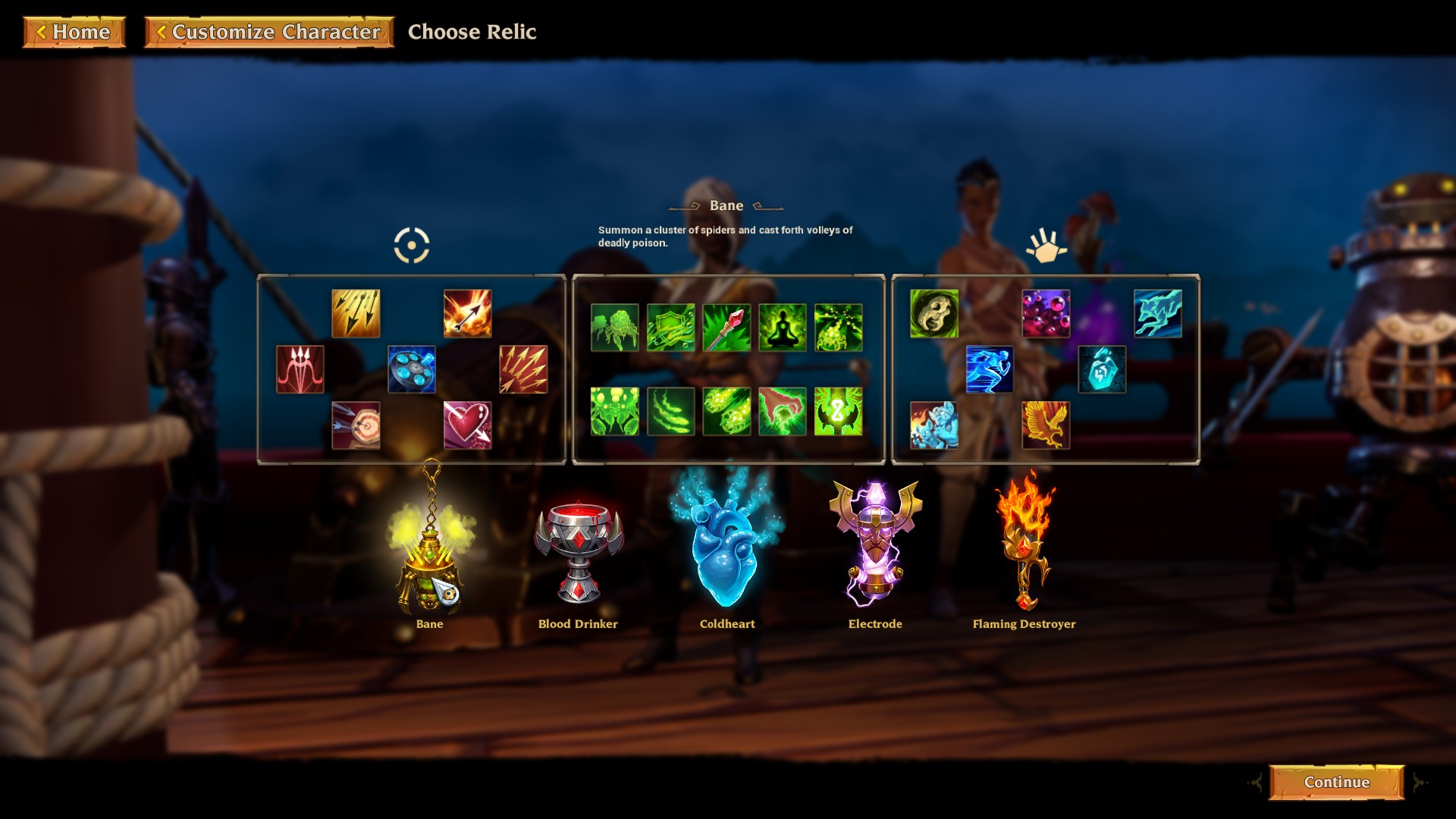 Forts are another new addition in Torchlight 3 and while they might be one of the headline features on the Torchlight 3 store page, their inclusion really isn’t all too revolutionary. Players will be given an instanced-off plot of land that they can fill with merchants, storage vaults and all manner of bits and bobs that would otherwise be found in the hub town in Torchlight 1 and 2. You can customise your fort with items found on your adventures or by crafting pieces with the various resources you collect out in the world. Occasionally you’ll stumble upon other player’s forts when moving from one area to another, and while it is neat to see how other players make use of the space, the customisation options aren’t extensive enough to create a fort that feels impressive or overly unique. 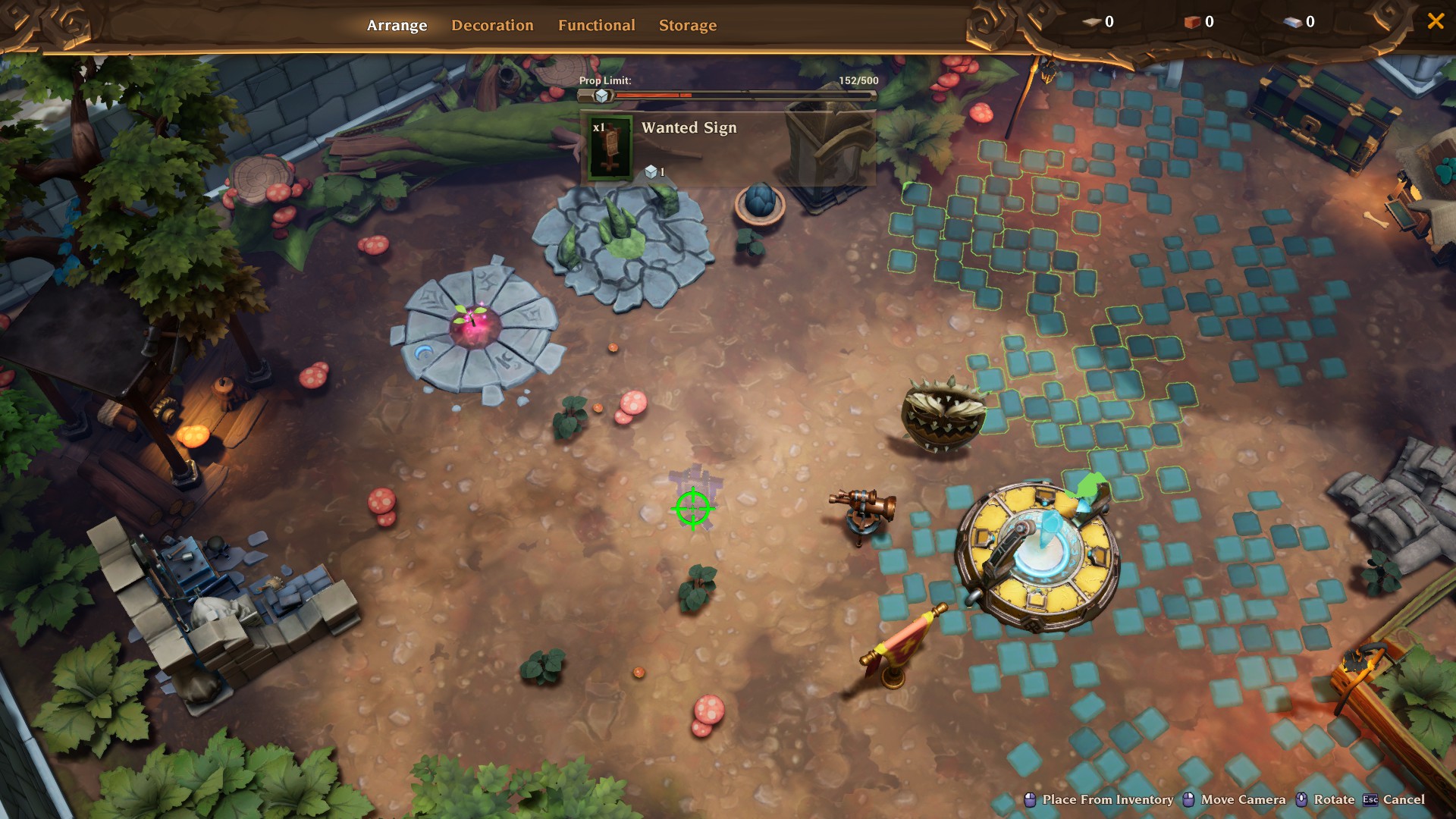 If you’re reading along and thinking to yourself, “This sounds like another Torchlight game with some fun new additions”, you’re mostly right. However, there are a few sticking points that need to be discussed before you make the decision to fork over your hard-earned cash. The most glaring omission in Torchlight 3 is the lack of random multiplayer matchmaking. I had so much fun playing Torchlight 2 on the Switch by making my play session public and allowing random players to drop in and out to help me out on my questing. The fact that this feature is missing from the final release of Torchlight 3 is baffling. If you don’t have any friends online to play with, the only time you’ll see another random player is in the hub town where your interactions are limited. 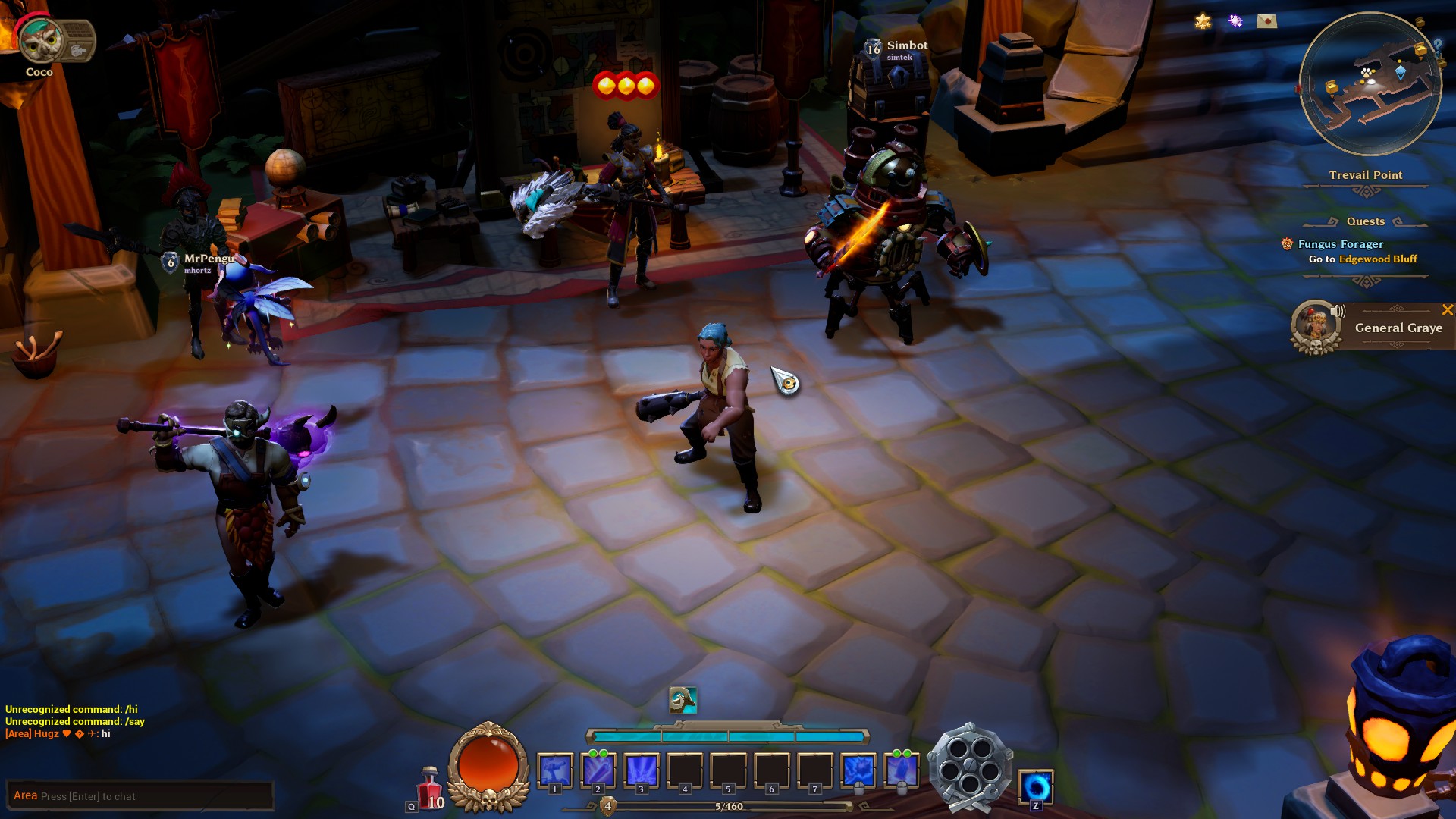 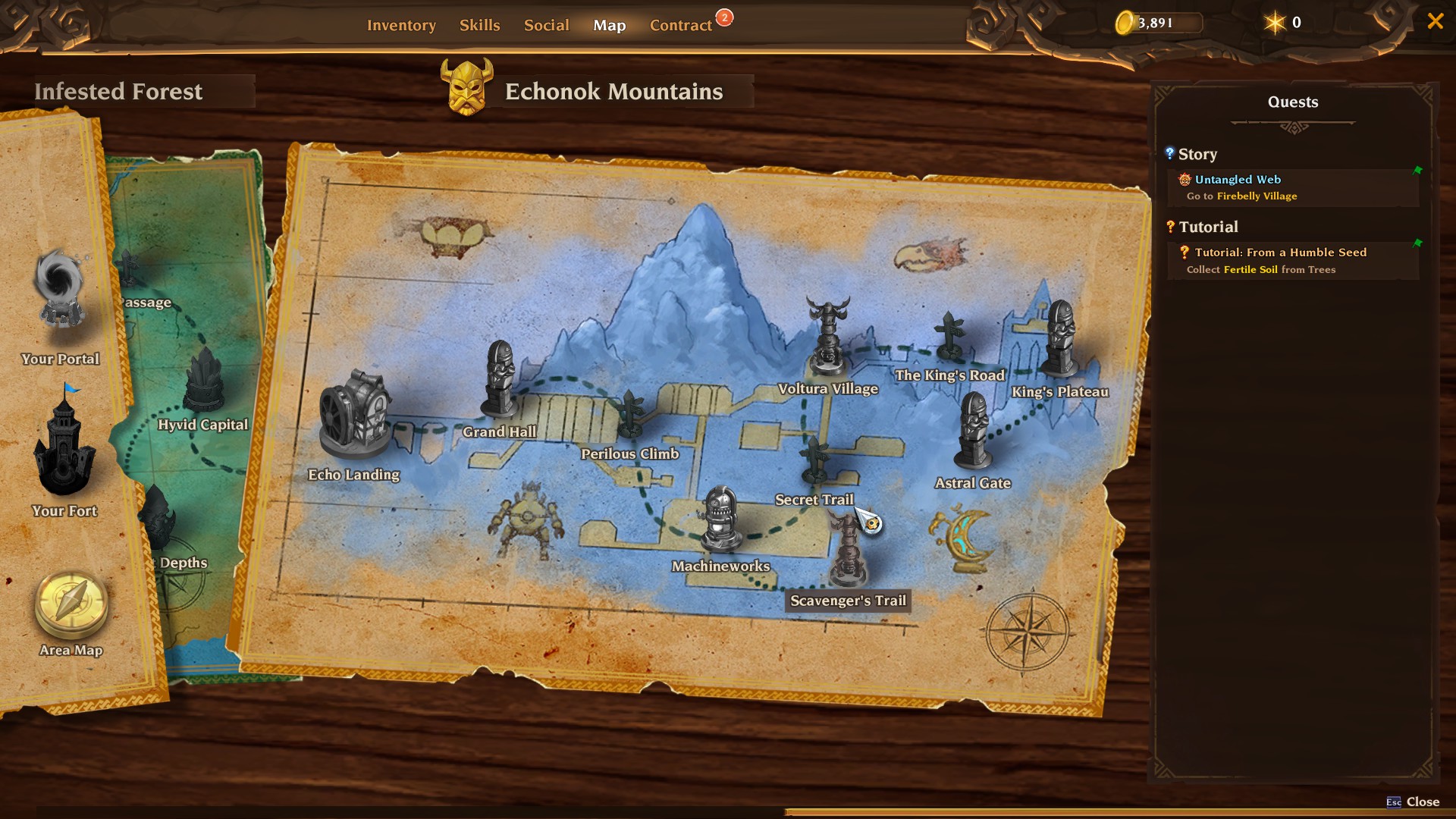 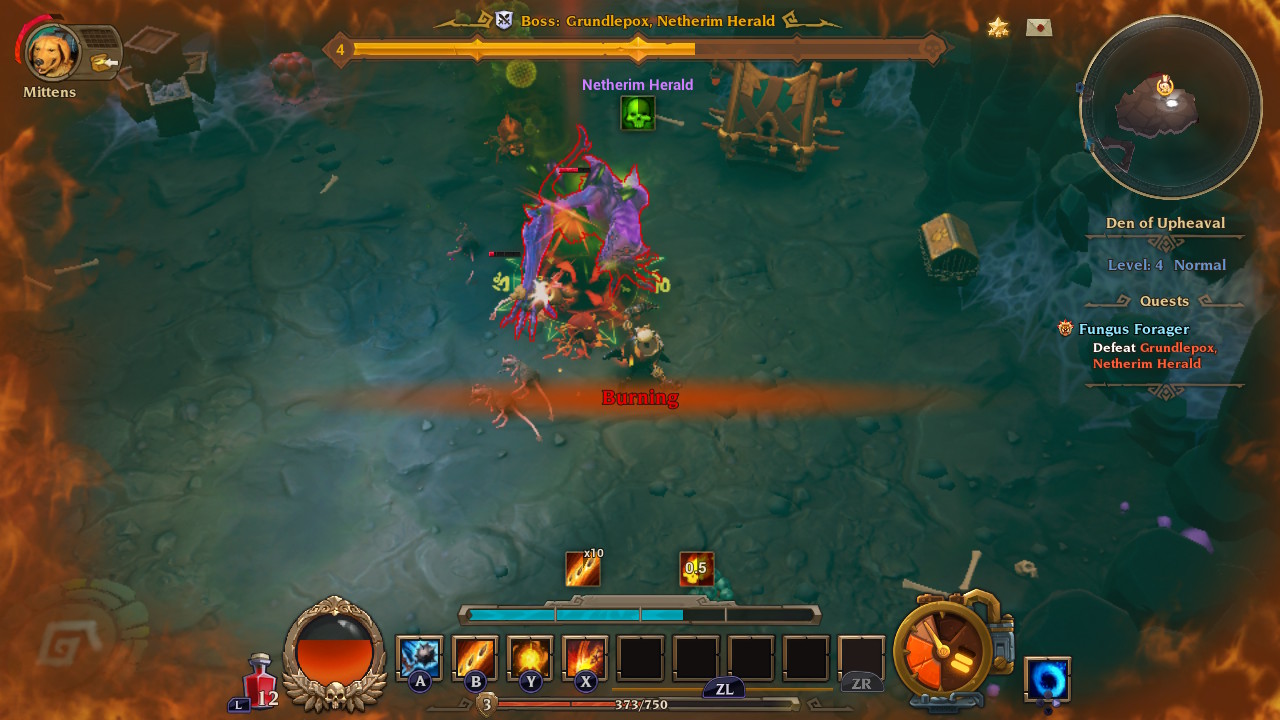 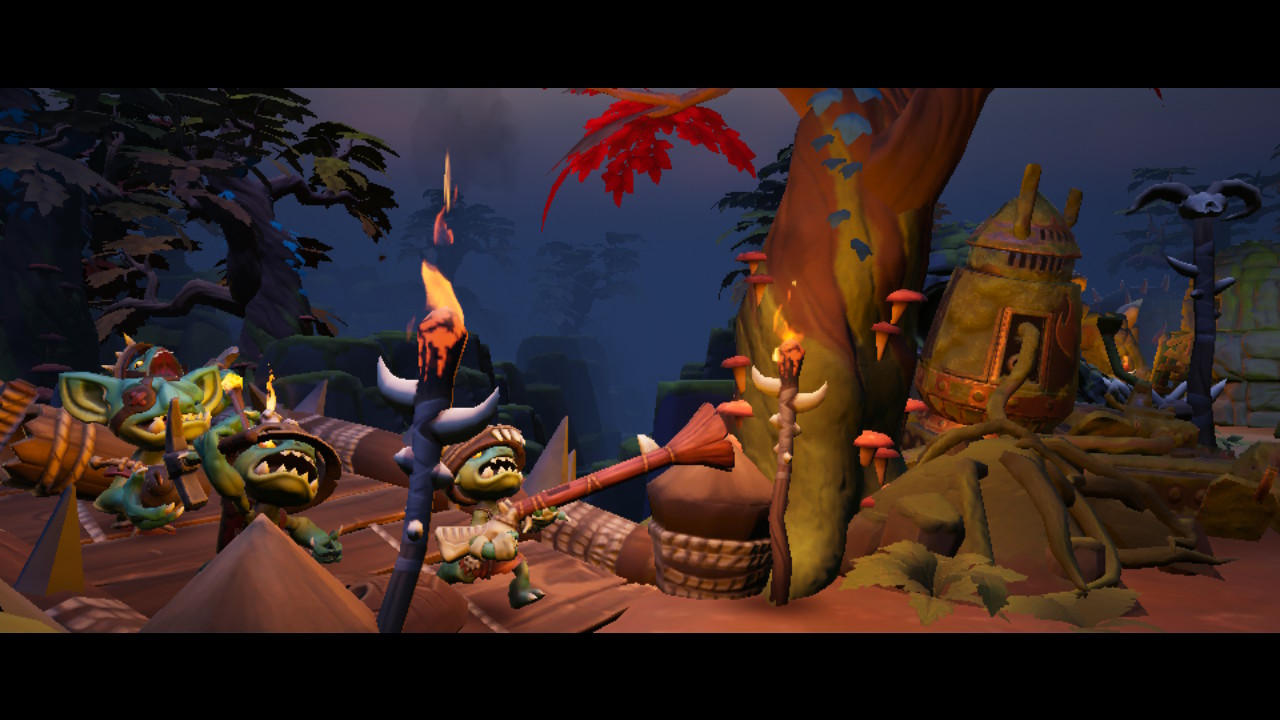 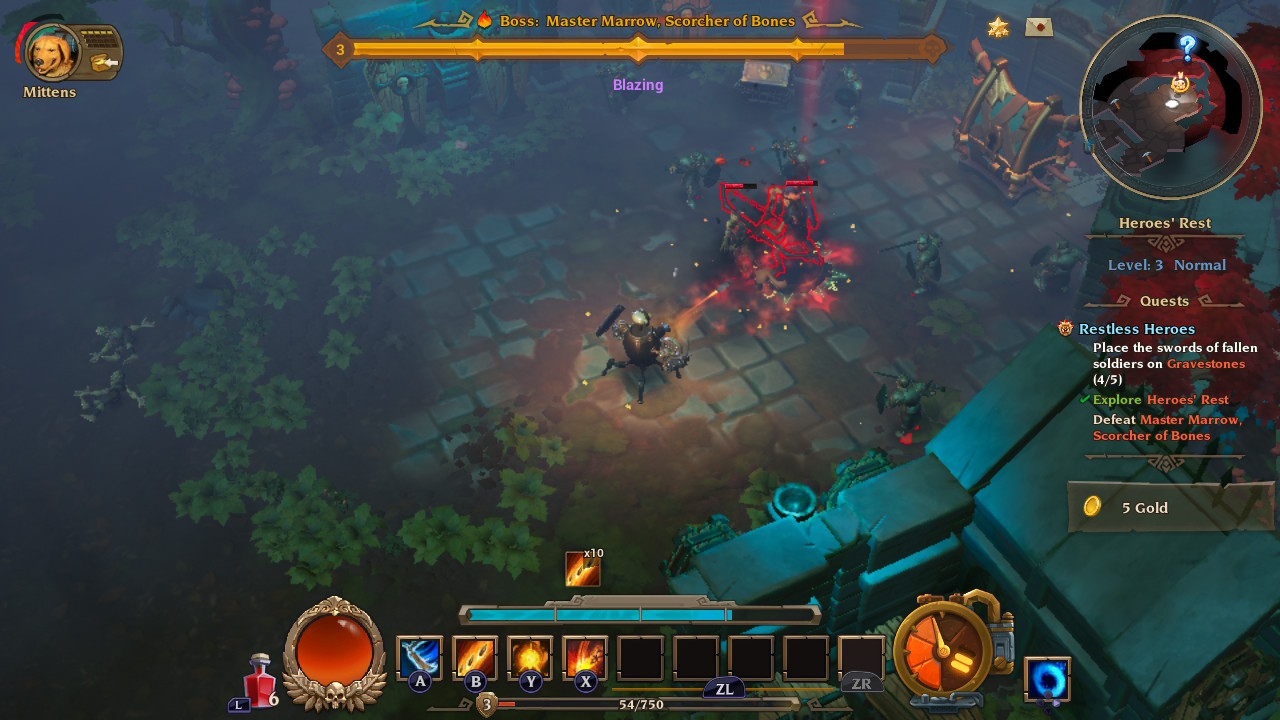 I certainly enjoyed my time with Torchlight 3 and will continue to jump back in if my friends are online, but the game has its faults. I disagree with the common sentiment in online communities that Torchlight 3 feels like it should have been an expansion to Torchlight 2; the new classes and Relic system are an excellent addition to the series and provide a level of replayability and customisation that the previous games didn’t have. Yet with that being said, I’m not convinced that the extended campaign, fort system and new class customisation options are enough to warrant the hefty price tag when compared to the offerings in the previous games. Not to mention the bizarre lack of online public matchmaking, which was a vital component of the previous game. If you’ve enjoyed the previous Torchlight games, you’ll undoubtedly enjoy Torchlight 3 as well, but you might want to wait until it’s on sale. 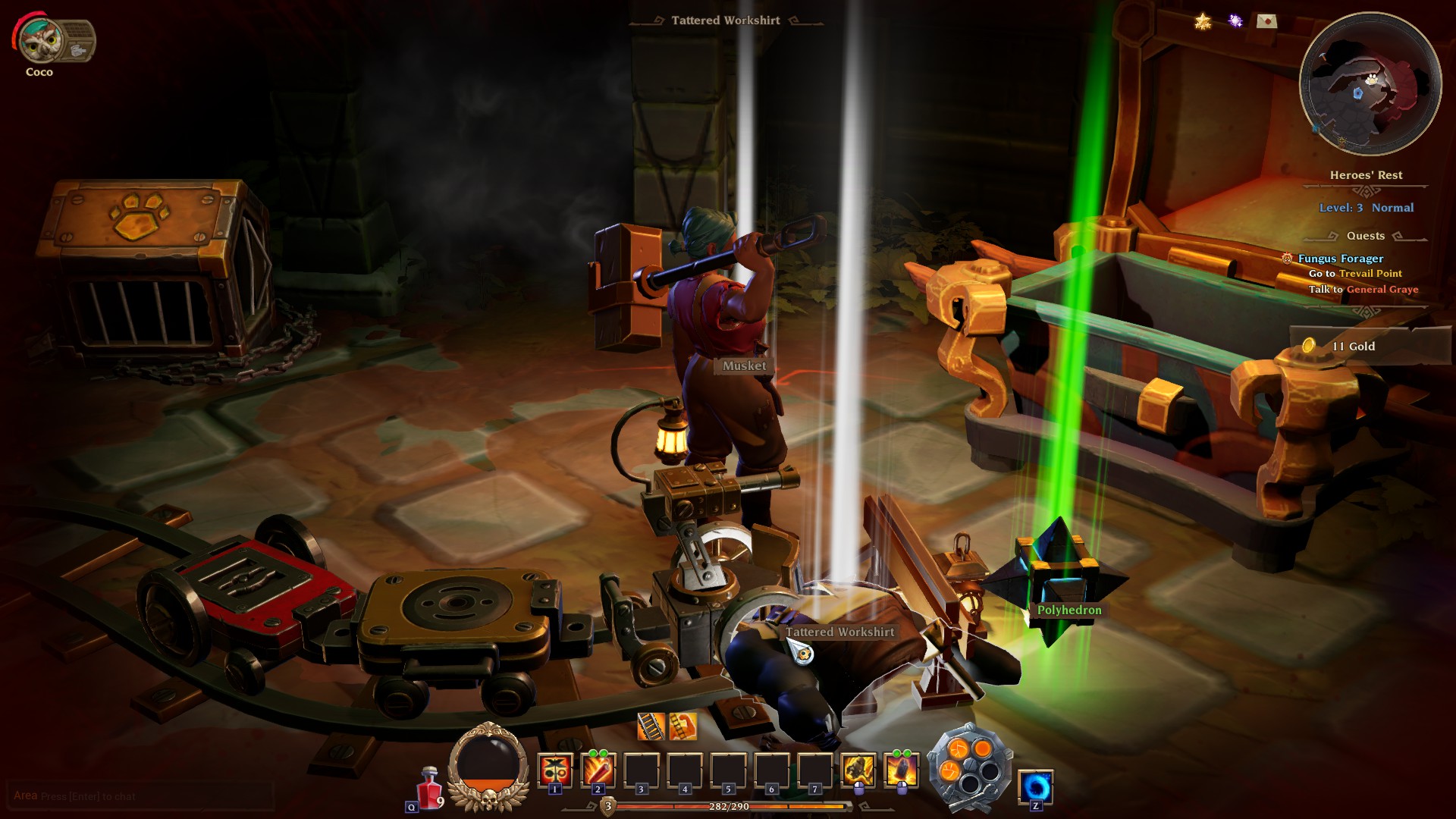 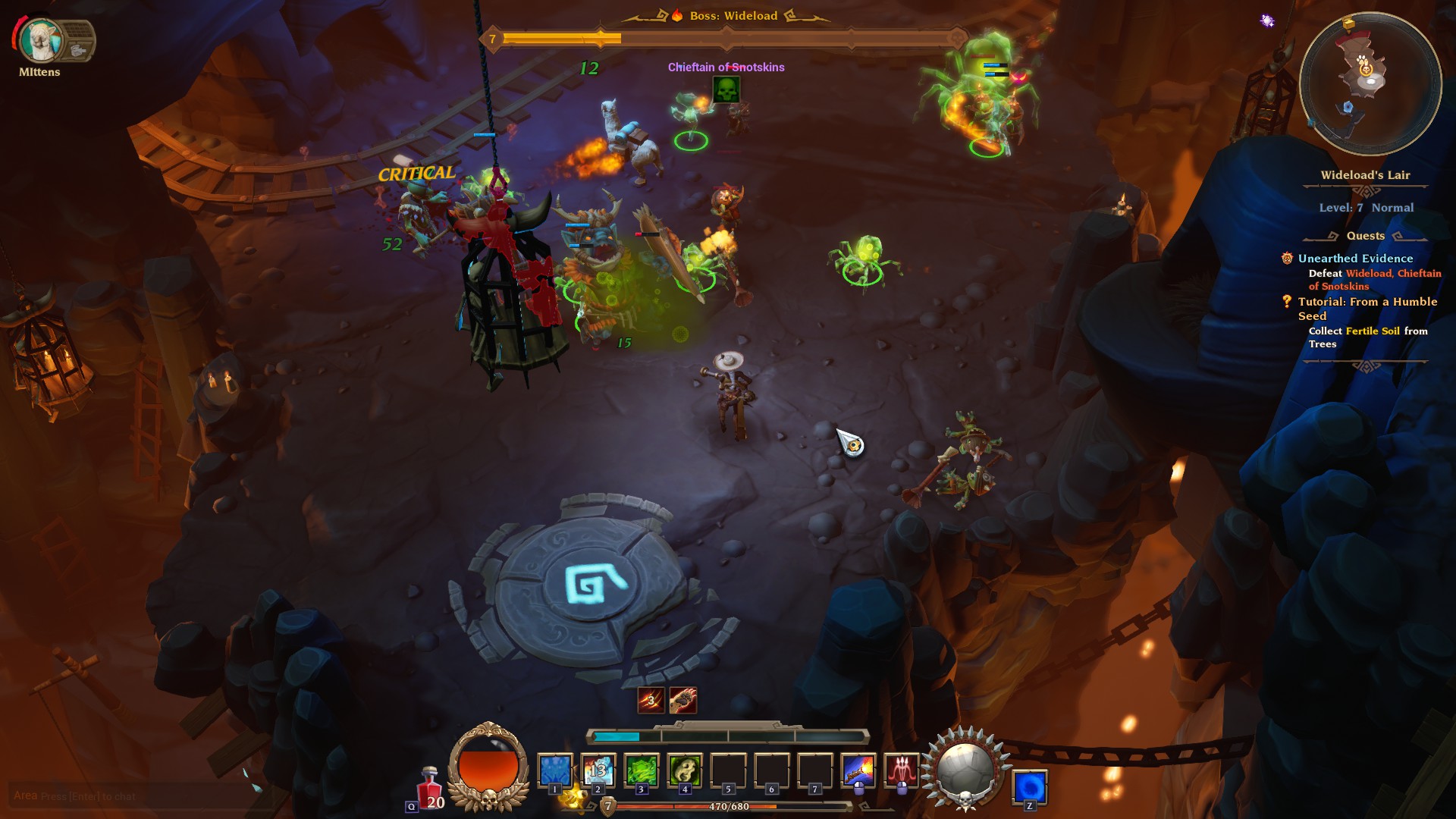 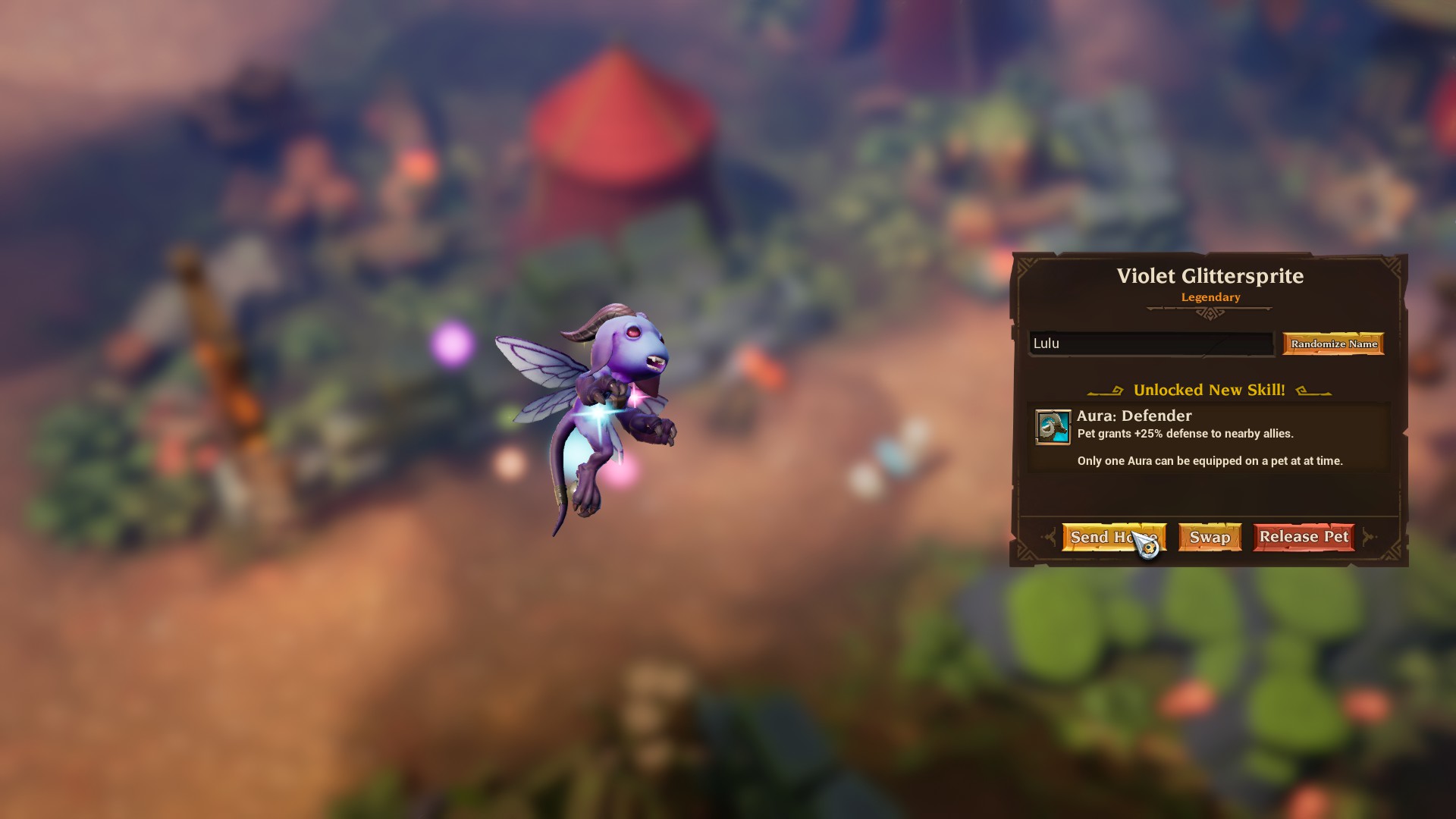