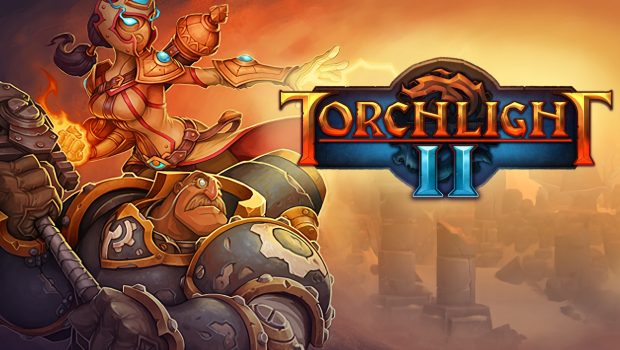 Summary: The Switch port of Torchlight 2 is tremendous, however the lack of simple, local co-op multiplayer is slightly disappointing

If you’ve read a few of my reviews over the years, you might already know that I really like Torchlight 2. I’ve brought it up a few times in comparison to other Action RPG’s that I’ve reviewed because in my mind, Torchlight 2 is one of the best. So when I heard Torchlight 2 was coming to the Switch, I was ecstatic. But then I remembered Hob, Runic Games’ first attempt at a Switch port, which was hamstrung by graphical and performance issues. Thankfully, there are no graphics or performance issues here, but the Switch port of Torchlight 2 isn’t quite without fault. 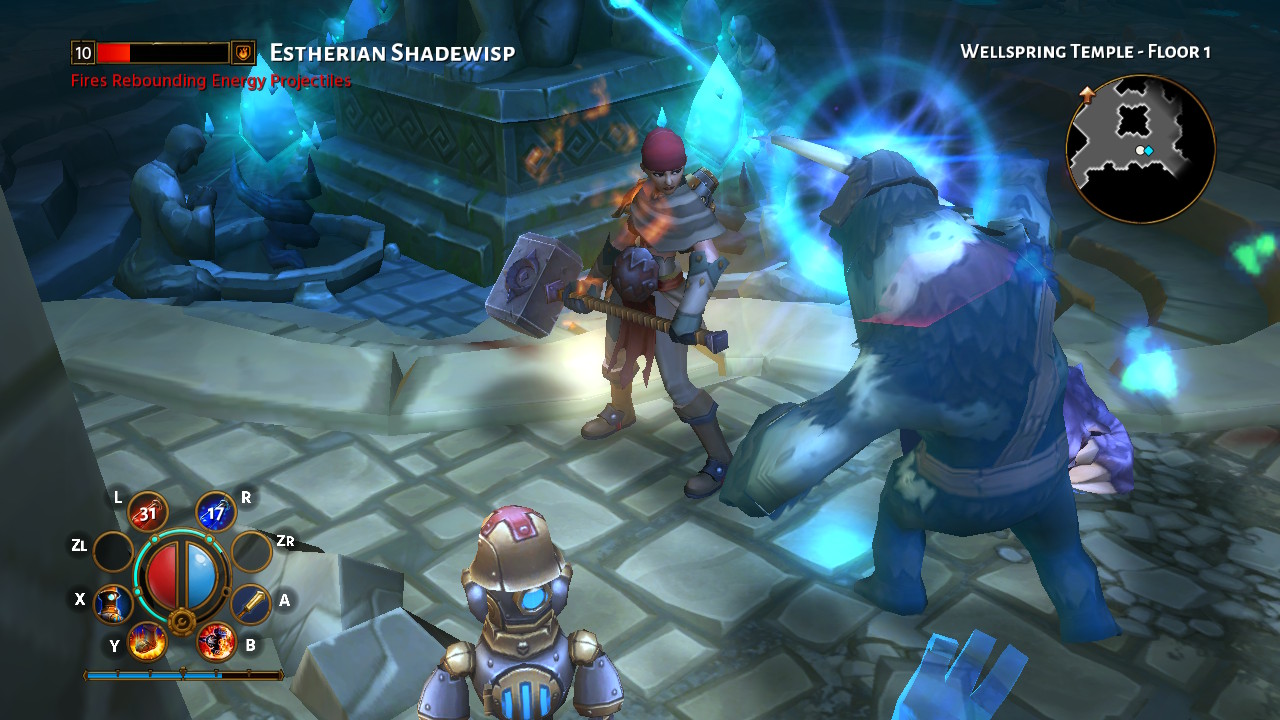 If you’re unfamiliar with Torchlight 2, the quick pitch is that it’s an ARPG released in 2012 by a number of developers that worked on the Diablo series. This pedigree is immediately evident within the first five minutes of loading up the game as the UI, combat and skill systems are all heavily reminiscent of Diablo 2. So much so, that many ARPG fans consider Torchlight 2 to be a spiritual successor to the Diablo series. 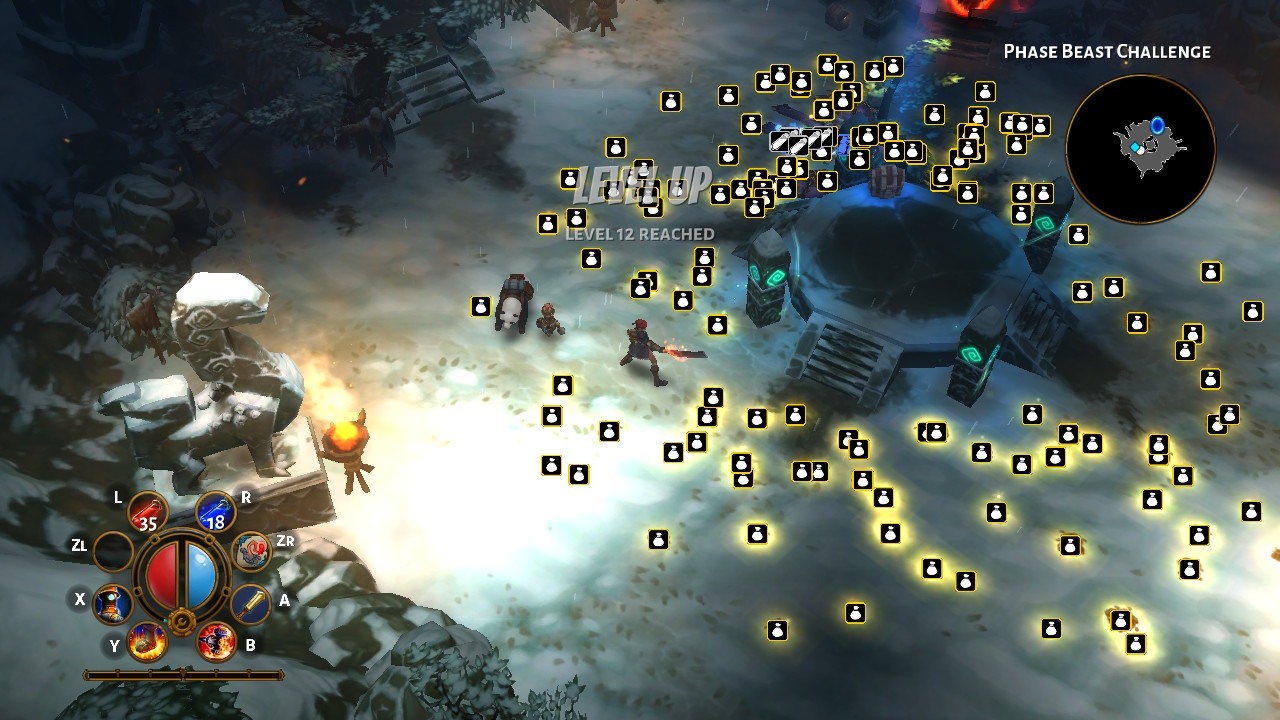 The story of Torchlight 2 takes place after the events of the original Torchlight where the Alchemist (a playable character from the first game) has been corrupted by a magical source known as the Ember. This corruption caused the Alchemist to destroy the original town of Torchlight and flee across the land. It’s your job to chase him down and put a stop to his destruction. The story is told through fully voice-acted quest dialogues and works well as a framework for a globetrotting adventure. 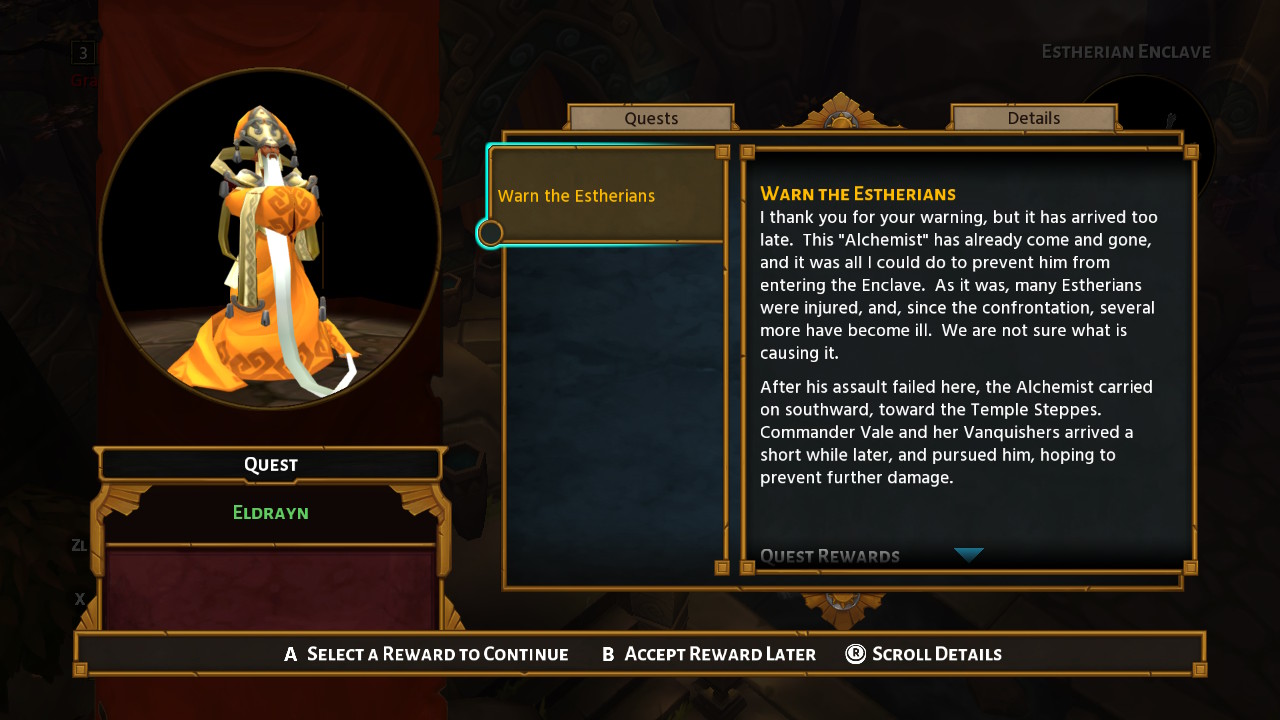 We reviewed the original Torchlight back in 2010, and that review does a pretty good job of describing the fundamentals of the Torchlight series and much of that review applies directly to the sequel as well. Torchlight 2 utilises the same ARPG framework as the original, however this time around there are new classes, a whole world to explore and of course, co-op gameplay. 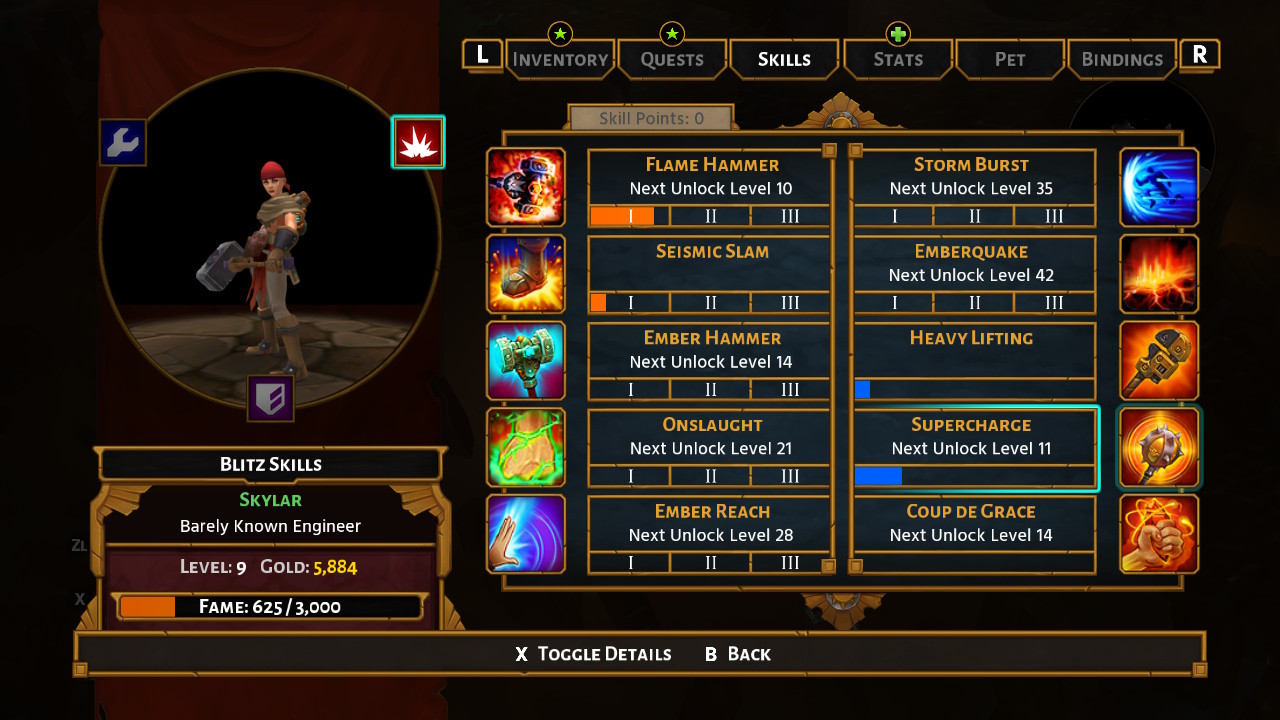 Unfortunately, the co-op multiplayer of Torchlight 2 on the Switch is limited to online or local play where each player has their own console and their own copy of the game. This is a rather devastating detail, as the dream of being able to simply slide off a Joycon and hand it to a friend for some co-op questing as you ride the train together is not possible. I understand that there would be some serious UI issues with this dream scenario and it certainly wouldn’t be the ideal way to play, but it still would have been a great option. Yet as it stands, the multiplayer functionality works well and doesn’t affect the game’s framerate at all, however I did have some trouble finding players to join my game. 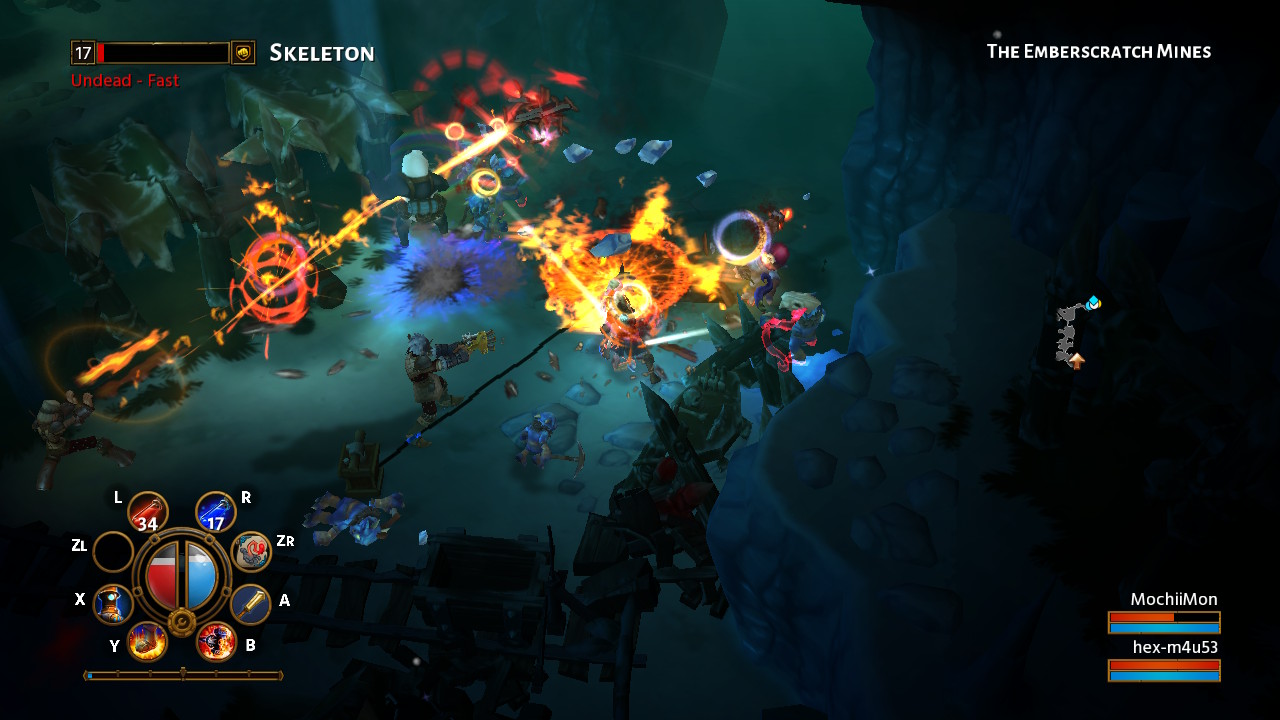 Those are really the only complaints I have about the Switch port of Torchlight 2. Now that the negatives are out of the way, I can get on with gushing about everything that impressed me with this port. First and foremost, the control scheme that Runic games have implemented needs to be applauded. It isn’t easy to convert a game primarily controlled with mouse and keyboard to a controller layout, but Runic managed to do this by giving you the ability to bind whatever you want to almost any button. Change the basic attack from a face button to the shoulder button if that feels more natural to you – the auto-aim of the character will take care of the directional fine-tuning. You can also bind any item or spell to whichever button you like to make things feel more comfortable too. 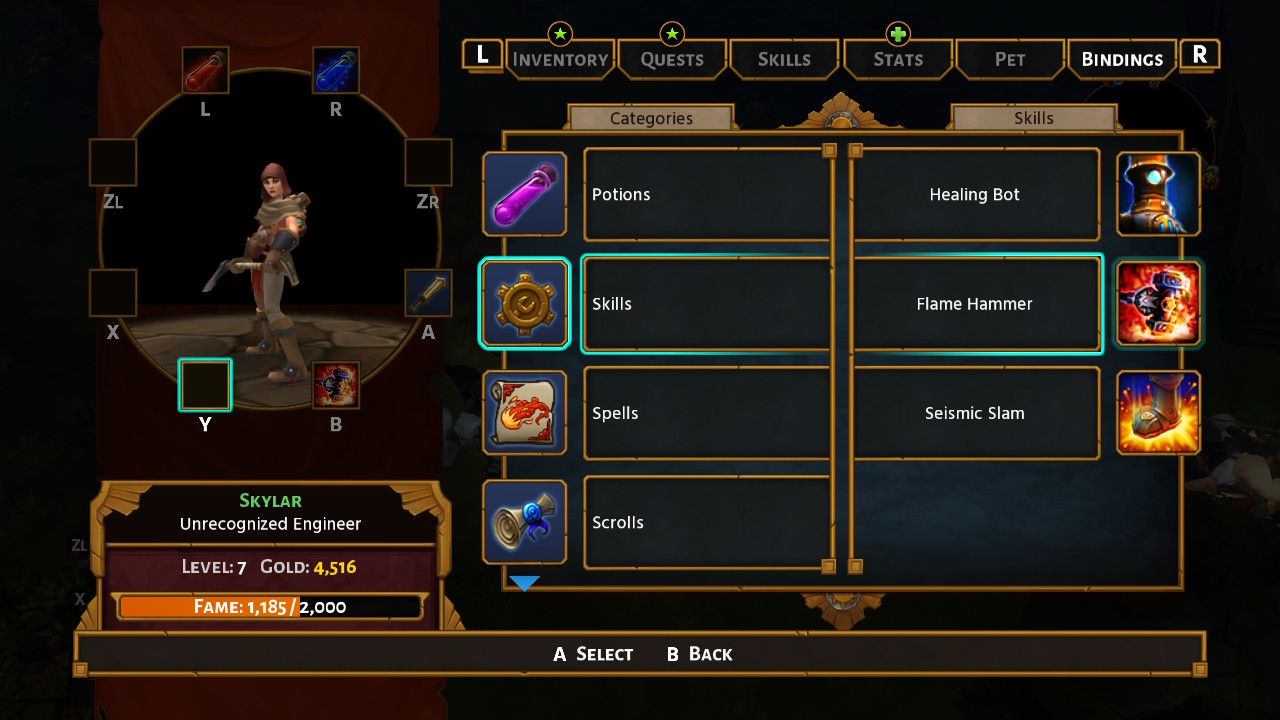 Following closely behind the great control scheme, the performance of the Switch port of Torchlight 2 is quite impressive. Perhaps it was the precedent set by Hob that had my expectations set rather low, but Torchlight 2 on the Switch looks just as good as the PC version, even when played in both portable and docked mode. The game runs at a silky smooth 60fps and I didn’t encounter any frame rate dips, even when I was unleashing huge, flashy spells against screen-filling hordes of enemies. 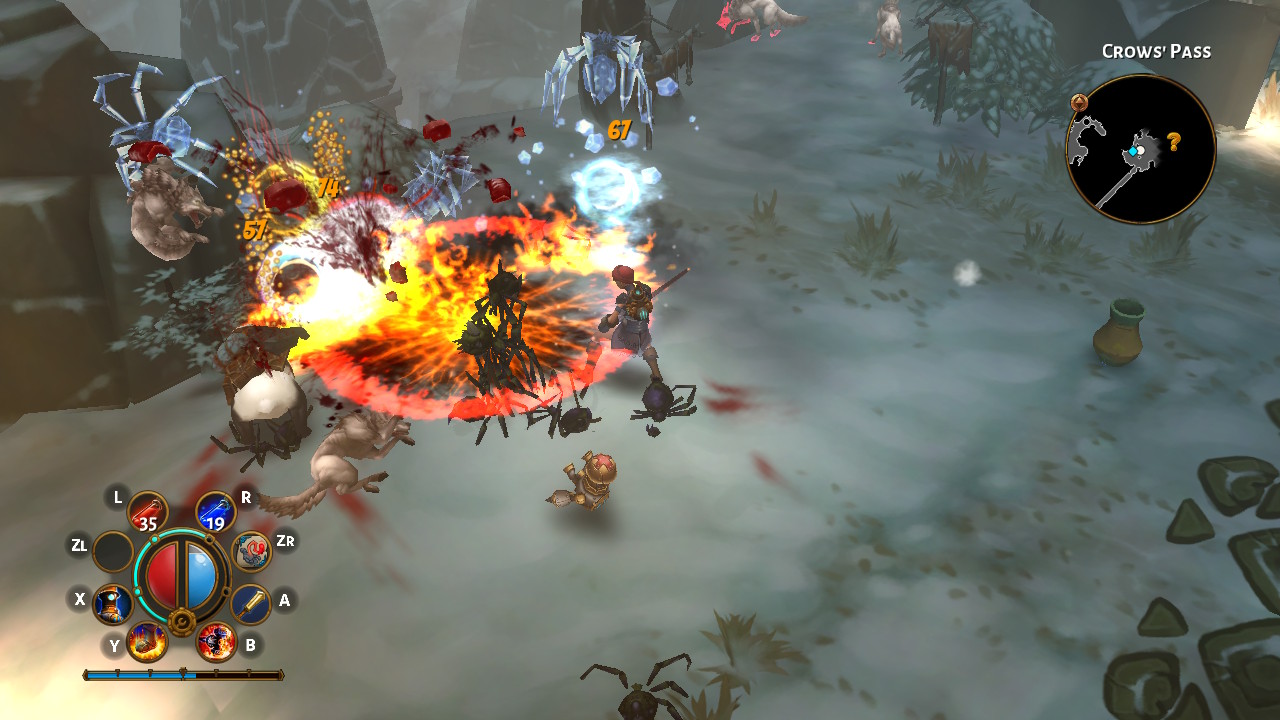 Some may argue that this graphical performance is only possible due to the cartoonish, somewhat simplistic art style, but I think Torchlight 2 looks great regardless. The spells look awesome, many have a good sense of ‘oomph’ when performed and there’s a huge variety of interesting biomes and areas to explore. Sure, the graphics in Torchlight 2 aren’t as technically impressive as those in the Switch port of Diablo 3, but both of these games have unique art directions that get the job done. 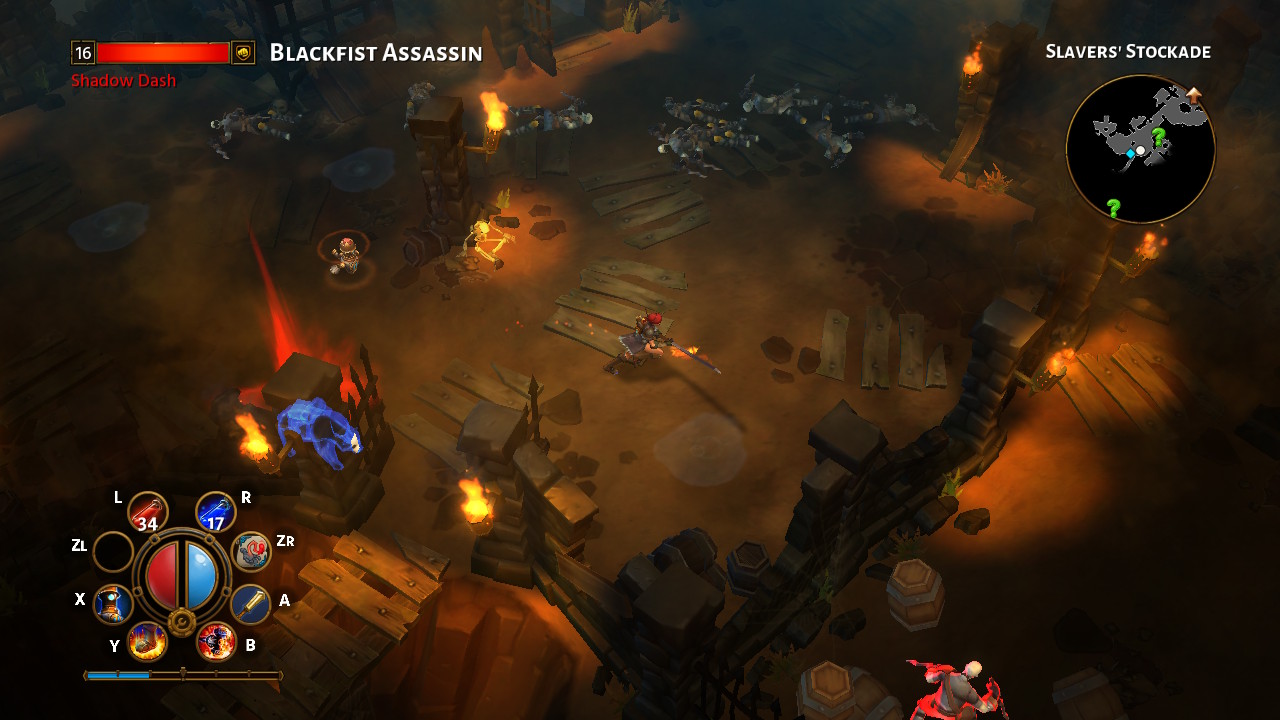 The Switch port of Torchlight 2 is an impressive product overall. The game looks just as good in both portable and docked mode as it does on the PC, with no technical issues in sight. I can’t help but be disappointed with the restrictions on the local multiplayer, however the online play works well if you can find someone to team up with. The procedurally generated nature of the game also suits the design ethos of the Switch and offers exceptional replayability. Fans of ARPG’s won’t need much convincing to pick this one up, but if you’re new to the genre, then this is the perfect time to jump in. 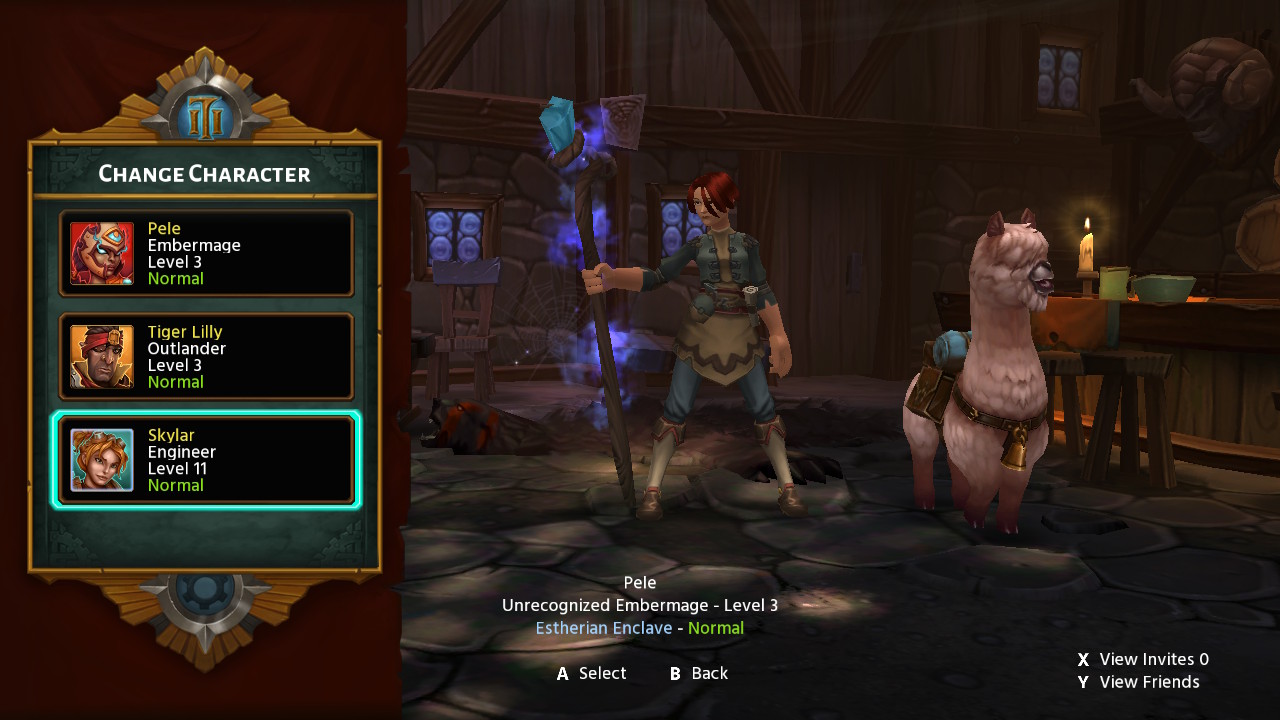 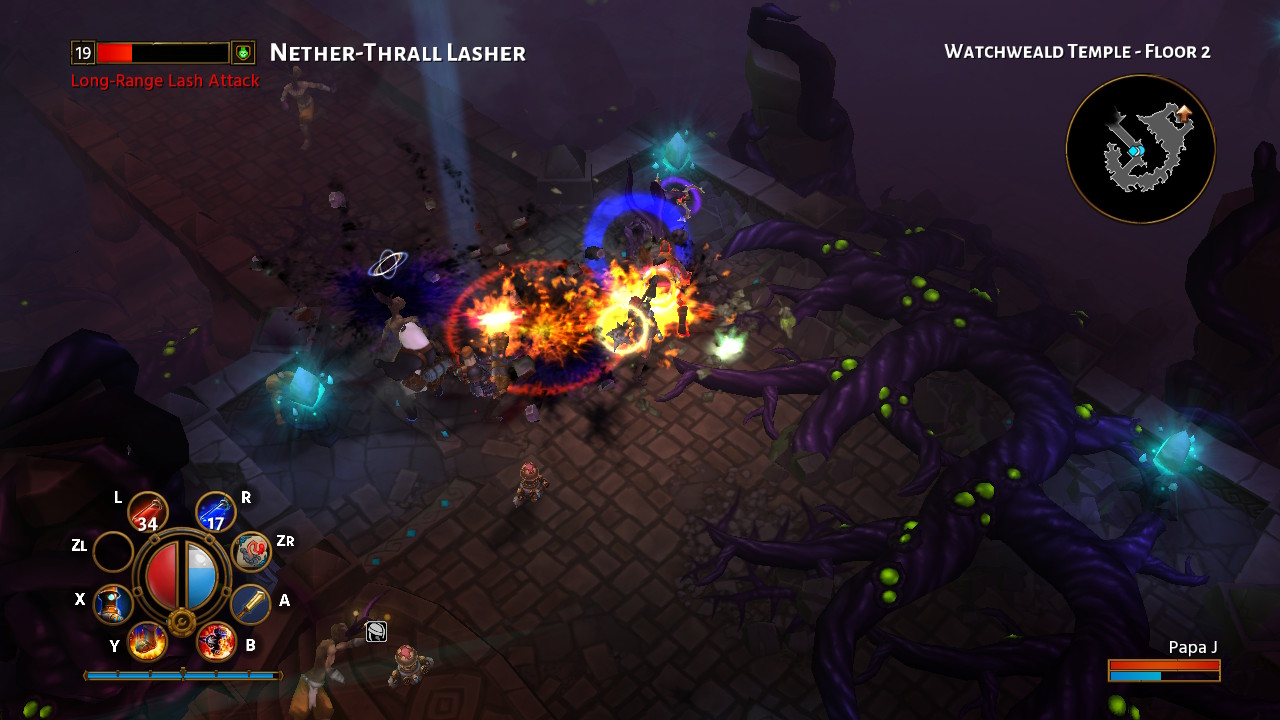