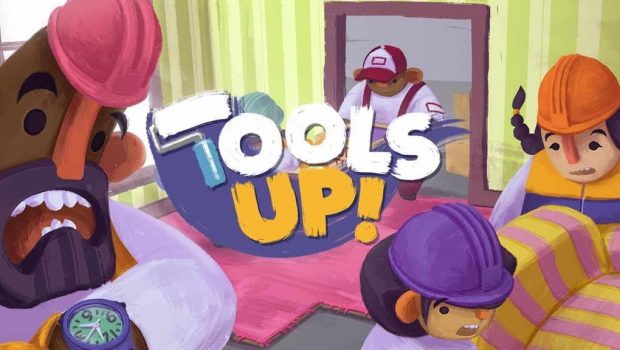 As a fan of Overcooked and its ability to make the madness of cooking in the kitchen into an entertaining co-op party game – and turn non-gamers into competitive freaks – the gameplay loop of Tools Up! and its home renovation hook immediately stood out to me.

While not as addictive or chaotic as its inspiration, this neat indie game more than nails its unique spin on the team-based, friendship-ruining multiplayer sub-genre and its gamification of home renovation (or home-wrecking) combined with wacky obstacles designed for chaos makes for great fun with friends and family.

The core gameplay of Tools Up! is centered around performing typical tasks involved in home renovation projects – moving heavy furniture out of the way, painting walls, laying carpet, coordinating supply deliveries, inspecting floor-plan blueprints and, of course, clean up – as efficiently and cleanly as possible. Spread out across 30 levels with varying scenarios and difficulties, all stages are timed to encourage efficiency and co-operation with tasks, and depending on how much you get done, your performance is rated between one to three stars. Throwing your teammates around doesn’t count.

The early levels ease you into a few basic tasks, like removing old paint and replacing the walls and flooring with a fresh set of wallpaper and carpet. But before you can remove the paint, you need a bucket to toss the rubbish out, then empty the bucket to mix up glue to cover the walls. Then you need to put up the new wallpaper before the glue dries. But now your friends tipped over the bucket, and the rug still hasn’t arrived from the delivery team. Suddenly you may have a recipe for chaos, and it’s not enough to just get the assigned task done for that coveted three star rating- you’ve got to communicate, coordinate with supply deliveries and have the house spotless before you leave.

The game encourages careful allocation of each task to maximise your team’s efficiency. Playing with my partner and two friends, I found it fun to act as the coordinator, reading over the blueprint (which allows you to change camera angles and highlights the rooms to renovate, but only with manual input) while my wife handled the clean-up and friends split up the renovations and deliveries in two. More players in the job-site also means getting around can be a bit more chaotic, but makes for fun callouts. Splotches of spilled paint, doors ripped off their hinges and plenty of admittedly hilarious griefing (in which my friends blocked the doorway with a couch) were inevitable, but we always pulled through with time to spare – at least until the later levels. 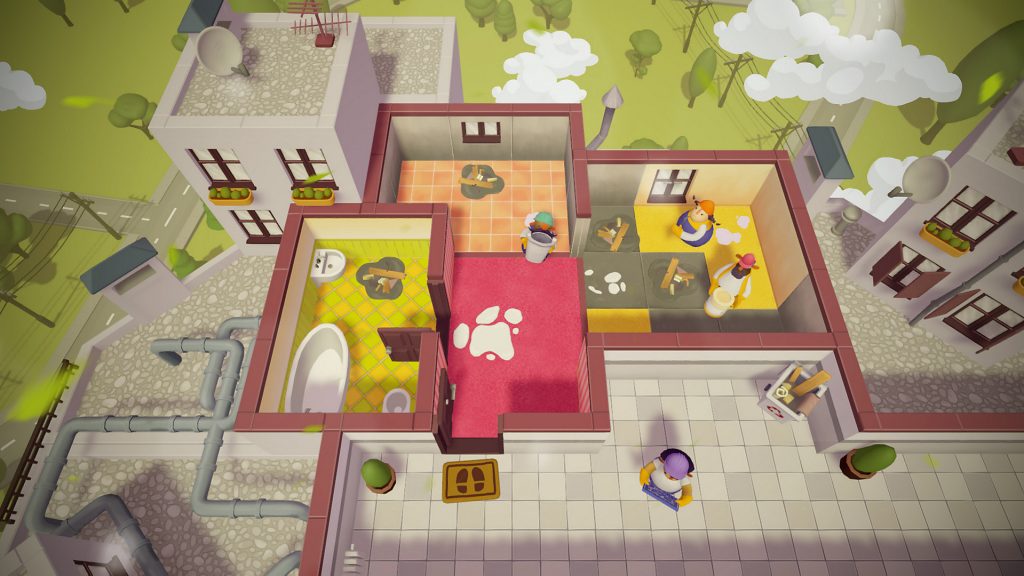 Things start spicing up in difficulty as you progress up the skyscraper, with environmental obstacles such as ice-covered floors which are slippery to navigate, rivers with supplies drifting up and down its stream, cheeky dogs making a mess of your efforts and lava pools which would evoke the inner kid in me if they weren’t so darn inconvenient. Some tasks, like putting down flooring, aren’t as simple as just retrieving the carpet and holding a button to put it down; there’s a small cooldown required for each tile to prevent you and any friends from walking over the space until it’s settled, adding a further strategic element to how and when you tackle rooms. Or another reason to yell at friends.

It all never feels unfair or overly stressful, though, and Tools Up! maintains a nice balance in providing genuine challenge, low-stakes fun and plenty of opportunity for player creativity – even though you’ve experienced most of its gameplay loop within the first few hours. It’s quite relaxing and satisfying to smash out a reno with the wife in a quick couch co-op session and strategise ways we can be more efficient on a second attempt to get that coveted third-star. It’s also fun and hilarious every now and then to grief co-op partners by throwing them around the house or out of your way, or spilling paint everywhere (if you’re so inclined, as I). Solo-play, though felt a little less fun and a bit more demanding on task efficiency, as expected. You’re given more time to get things done, thankfully! 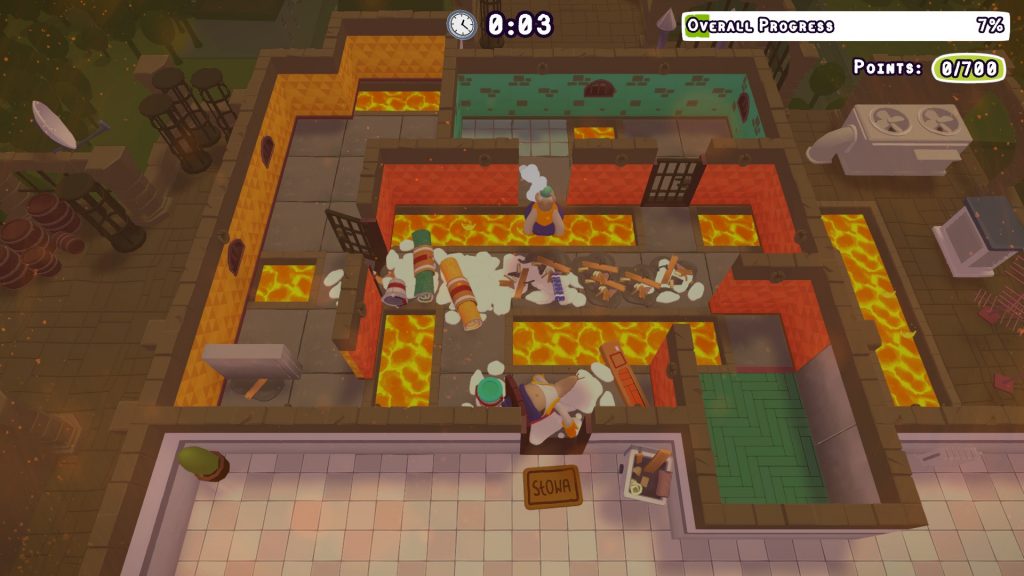 The gameplay formula is also mechanically simple and easy to pick-up and play. Actions like rolling out carpet and painting walls are done with a tap of one button, another button for throwing and third for retrieving and returning. Helpful visualised blueprints at the start of certain levels clearly demonstrate to gamers of all skill-levels how to perform a new task. It’s great for families and to goad non-gamers into having a go – and with the floor-to-floor campaign mode (three-stars) and party mode (levels don’t have fail-state but focus on encouraging players to beat their high-score) there’s plenty to jump into.

I found the colourful cartoon aesthetic of Tools Up! appealing and its playful tone charming. Its human characters and their exaggerated features, and the unlockable animal renovators you get every few levels are equally quirky and lightly customisable. Not every game has to be dark or centered around destruction, so its overall light-heartedness was a breath of fresh air in a sea of samey game releases.

Tools Up! is a fun multiplayer party game with a simple but appealing core gameplay loop that will  fans of indie couch co-op games like Overcooked and the simulation sub-genre will enjoy.  Just like Overcooked had its own humble beginnings with a great gameplay concept appealing to all ages, I expect the team behind Tools Up to build off their satisfying formula in the future – there’s a lot of great ideas here that can be further fleshed out with more content, mechanics and crazier scenarios!

For obvious reasons, the game is not as compelling when played alone, but grab a friend or three and its quirky home renovation scenarios and potential player-made madness makes for a fun night in.

For families, younger gamers and anyone seeking a more casual gameplay experience away from all the high-stakes craziness of modern triple AAA gaming, Tools Up! is highly recommended.

Game Developer – The Knights of Unity

Game Publisher – All in! Games