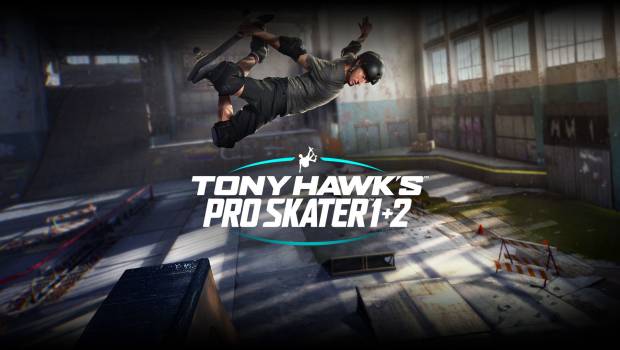 Summary: Make no mistake, the Tony Hawk series is back in all of its resplendent glory. It’s awesome seeing the Birdman back up on his perch and coming back to these games after a decade of unworthy entries really felt like a revelation as I was immediately reminded of how much I’d been missing the series from my life.

When it comes to video games that had a profound impact on me while growing up, the list is incredibly small but prestigious – Mario 64 opened my eyes up to the possibilities of gaming in a three dimensional space, Zelda and Final Fantasy 7 introduced me to characters that I genuinely felt an affinity for and showed me the importance of having a powerful narrative, and then there’s the Tony Hawk series, originally released on these shores as Tony Hawk’s Skateboarding before reverting to the more synonymous Pro Skater title. 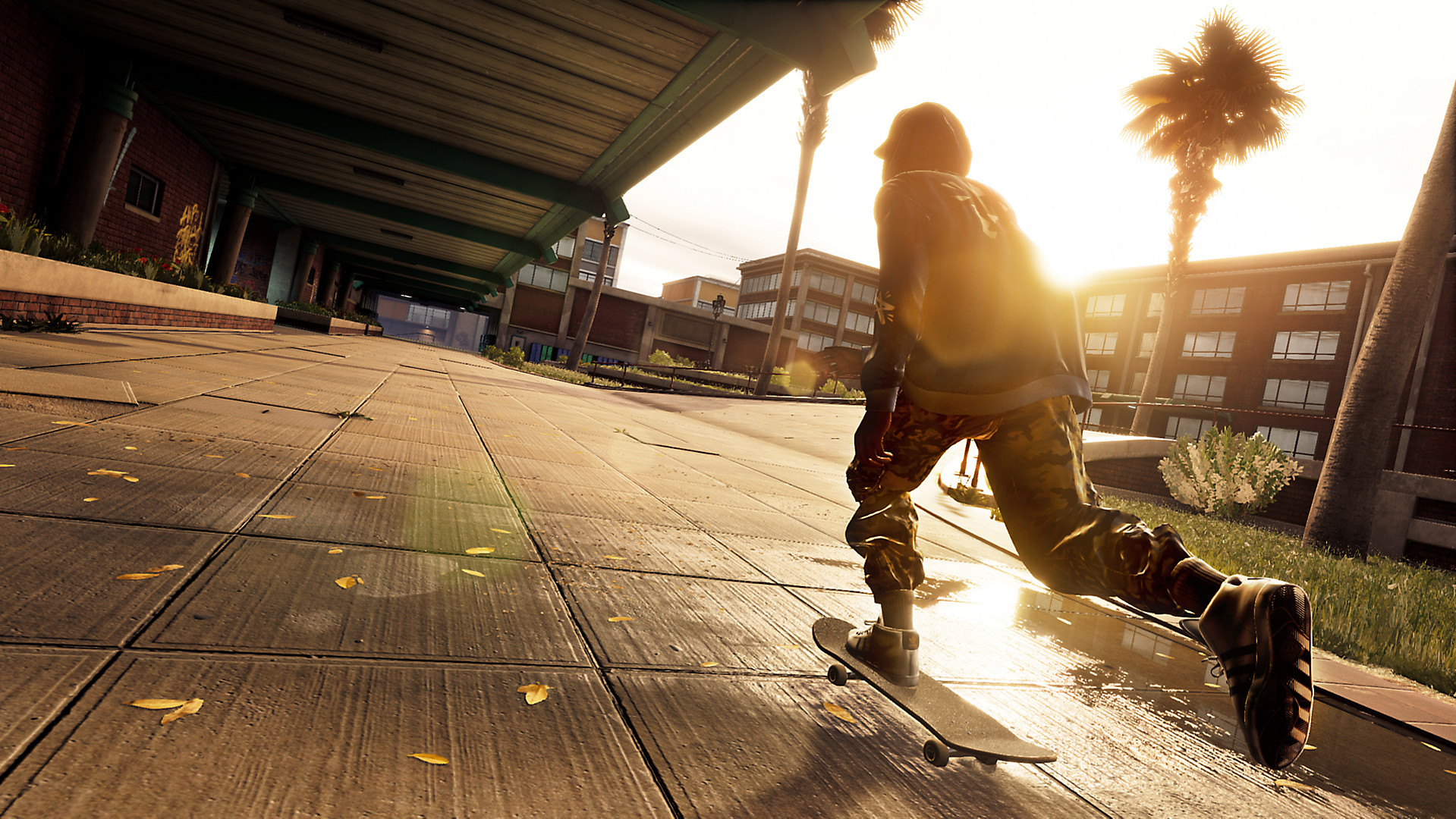 More than any other game, Tony Hawk captured that zeitgeist of extreme sports, disaffected youth, punk rock and skateboarding in a way that transcended its humble origins to become a cultural touchstone for an entire generation. The THPS games, and most especially THPS4 and the two T.H.U.G titles, introduced me to a world of music and skate culture and inspired myself, along with a bevy of fellow youths, to go out and try our hand at the real thing.

For me personally, key eras of my life can be identified and even defined by which Tony Hawk game I was playing at the time, from convincing our teacher to let us play the first game in class under the pretence of it being a form of mathematics, to renting the second title whilst living away from home for the first time, to playing THPS4 and grabbing my own deck after moving to the city, to smashing out the T.H.U.G games in between marathon sessions of the Jackass films to using my PSP as a makeshift iPod and jamming out to the Project 8 soundtrack whilst working tech in the city…. It’s safe to say that the franchise has essentially been along for the ride with me for pretty much my entire life. 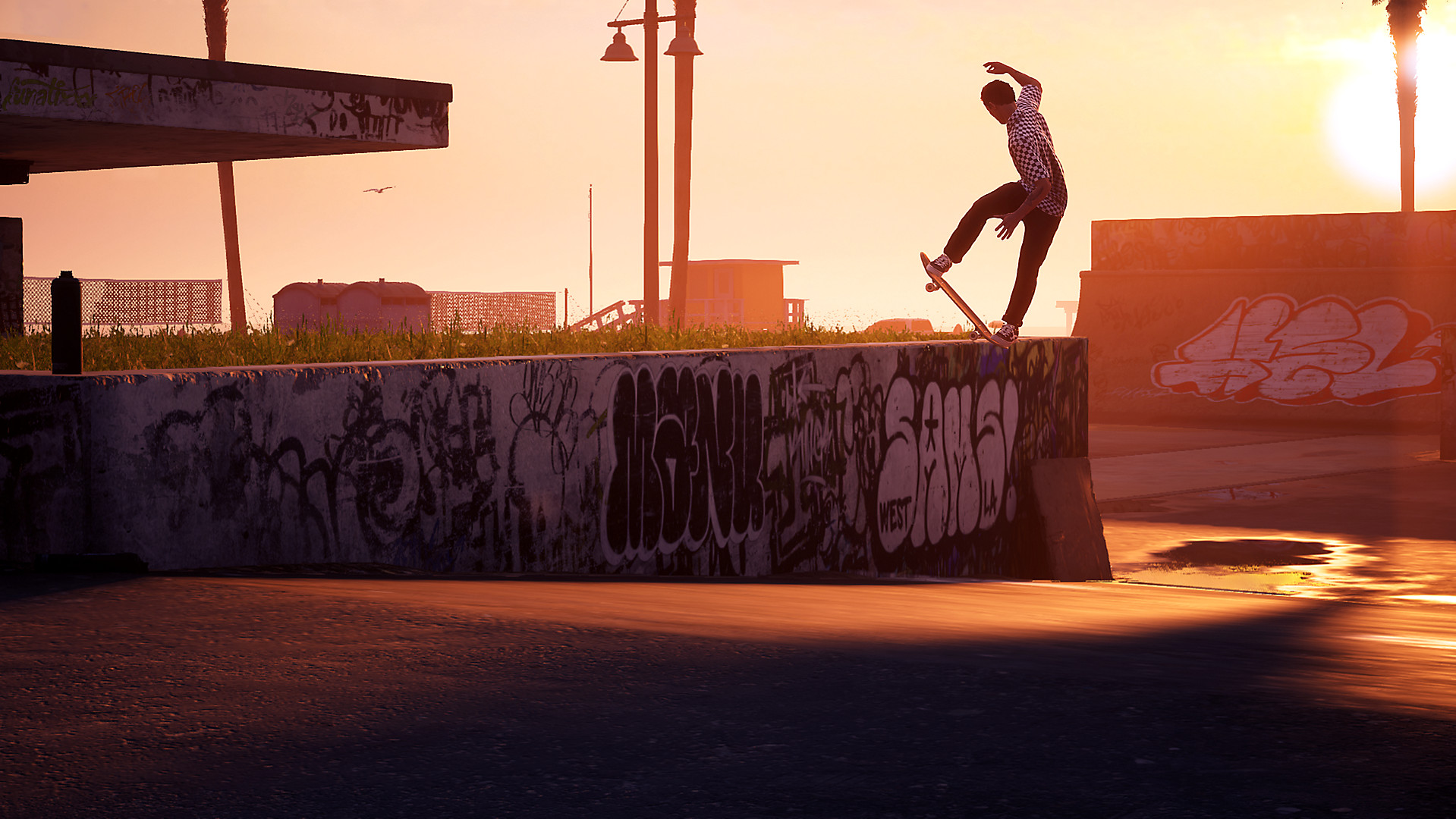 I was stoked to hear that the series would be coming back in the form of a full remake of the first two titles, but also a tad reticent due to the lacklustre entries from across the previous decade; after the middling response to Proving Ground, Neversoft moved on from the franchise and handed the reigns over to Robomodo, who then proceeded to forcibly sodomise the entire series with a broomstick covered in razor blades by adding unnecessary peripheral add-ons, wonky physics and finally divebombing the franchise in spectacular fashion with the abysmal THPS 5.

Thankfully some of my reservations were alleviated by the news that Vicarious Visions would be handling things this time around, with the developer having earned a whole ton of goodwill from the gaming community due to their superb efforts with their remakes of both  the Crash Bandicoot and Spyro the Dragon trilogies. 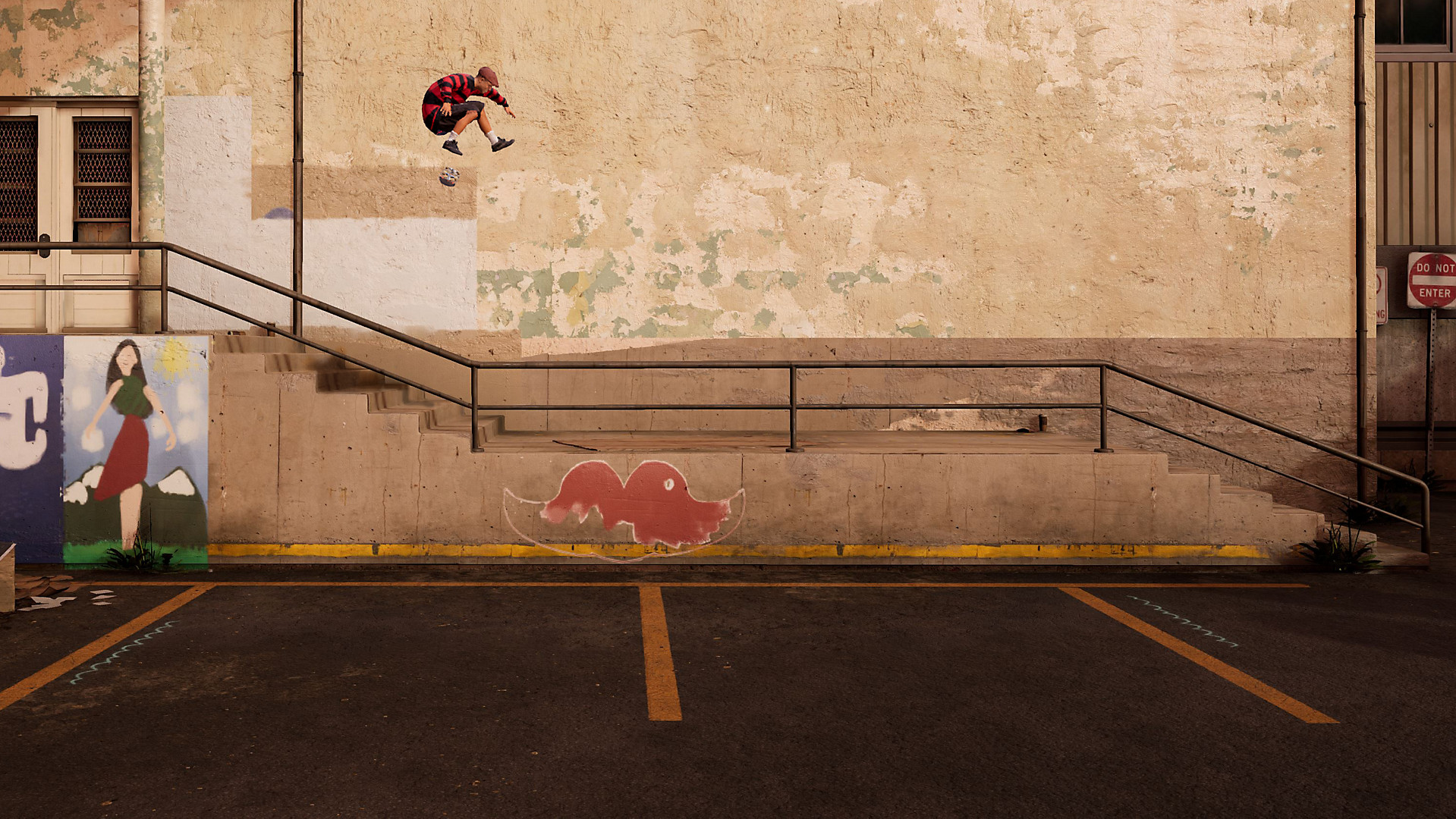 Tony Hawk’s Pro Skater 1+2 gives players access to pretty much exactly what is says on the tin – All classic levels from both of the first game are bundled together into the one package here, remade from the ground up and featuring a raft of challenges for both new and veteran players.

First up is the campaign of the original game, which has been expanded to include ten challenges per area rather than the five of the initial version; these new challenges fit right in with the ethos of the series and feel like a natural fit all around. The second campaign offers more of the same and most players will likely have burned through the career challenges after a few hours of satisfying gameplay. 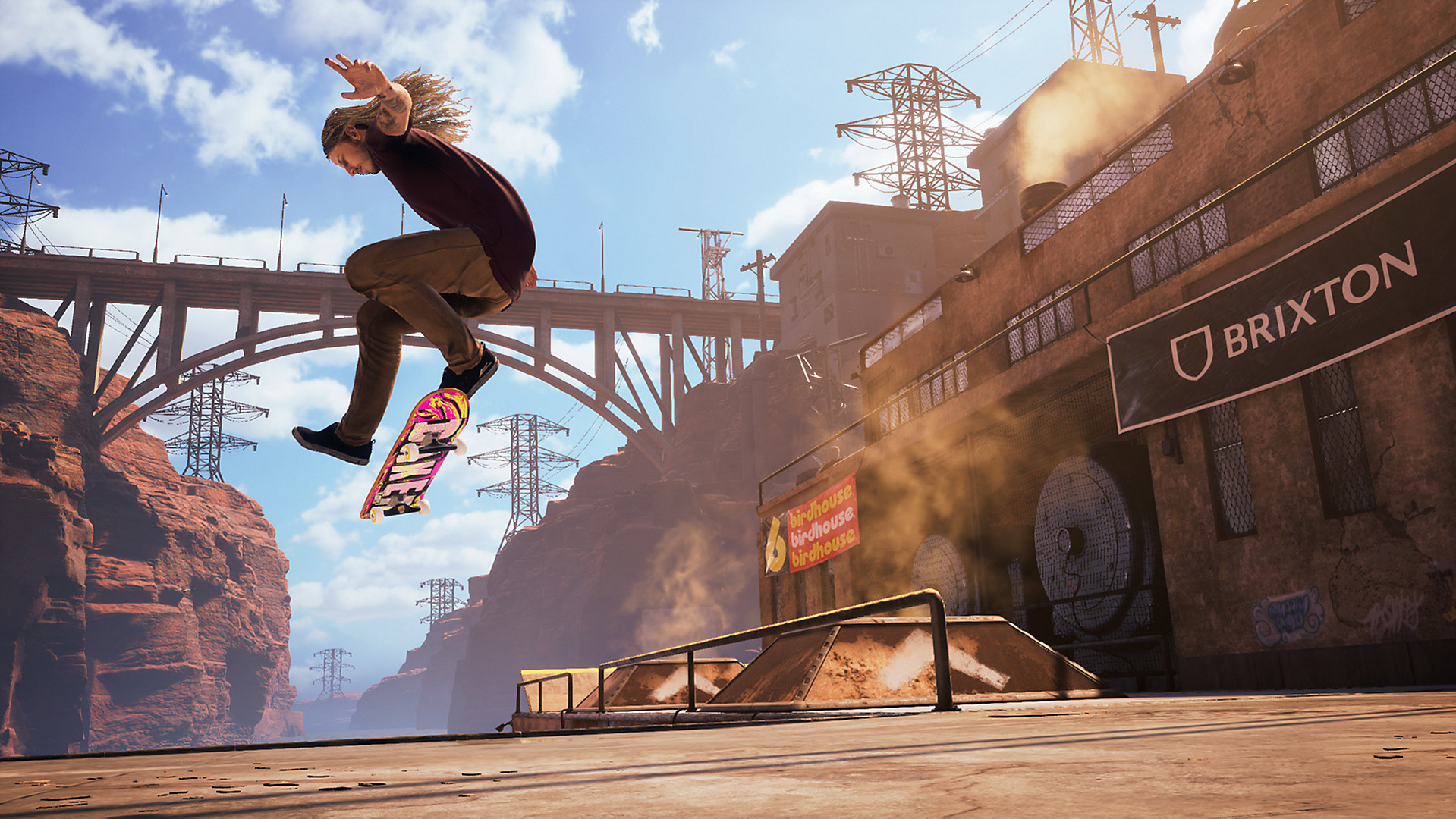 Once the career goals are completed, you can’t reactivate them without switching to a different PSN account, which is a baffling decision. In the original games you’d have to progress through the career with each skater, offering up a whole ton of replayability, albeit an often tedious amount after the first few times through. Here you have an entire smorgasboard of challenges to complete once you’ve made it through the career goals, and each skater has to collect the stat points dotted around each level, but there is no way to replay the entire career through again to add a touch of variety to things.

Again, it’s an odd choice and hopefully Vicarious Visions will give us the option to reset the goals in a future patch.

For now though, once you’ve burned through the career, you can then tackle the aforementioned challenges. Each skater has their own set of unique challenges, although many are just essentially variations on the same theme, and you’ll be able to unlock hidden characters, boards and clothing options by working your way through the list. There is a decent amount of content to keep even longtime fans engaged, with some of the hidden scores to unlock the platinum boards and Get There challenges really putting your skills to the test. 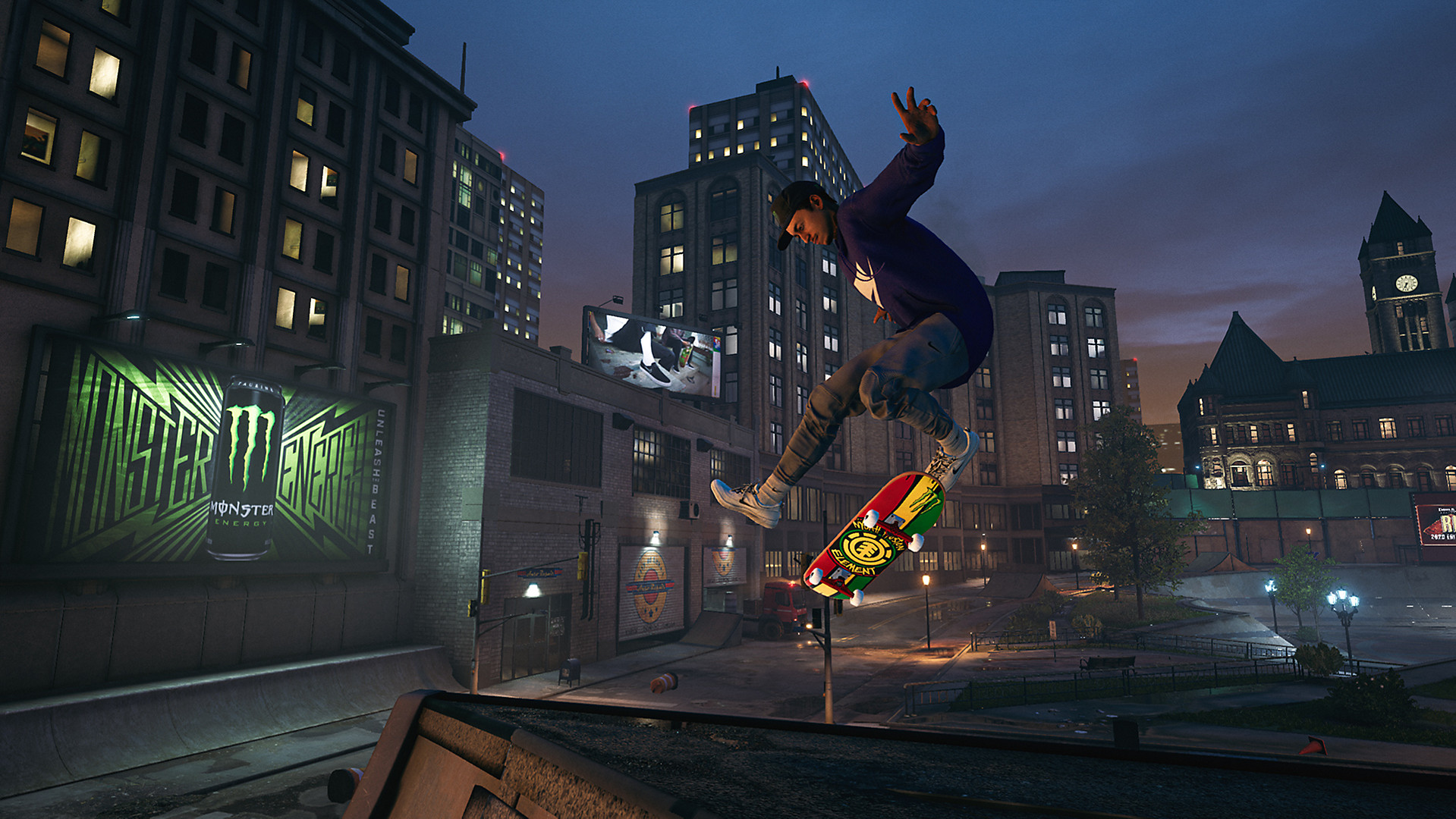 In terms of the control scheme, Vicarious Visions chose to go as close to the T.H.U.G 2 moveset as possible, with a few obvious omissions such as getting off of your board and popping Natas spins. This means that Manuals, Reverts, Lip-tricks, Double Tap Tricks and more are all present here, offering up a far larger arsenal of moves at your disposal when compared to the original releases.

This means that the movement and pulling off tricks feels as fluid and effortless as ever, without the pointless accoutrements like nail a trick mode and similar later additions to the series. 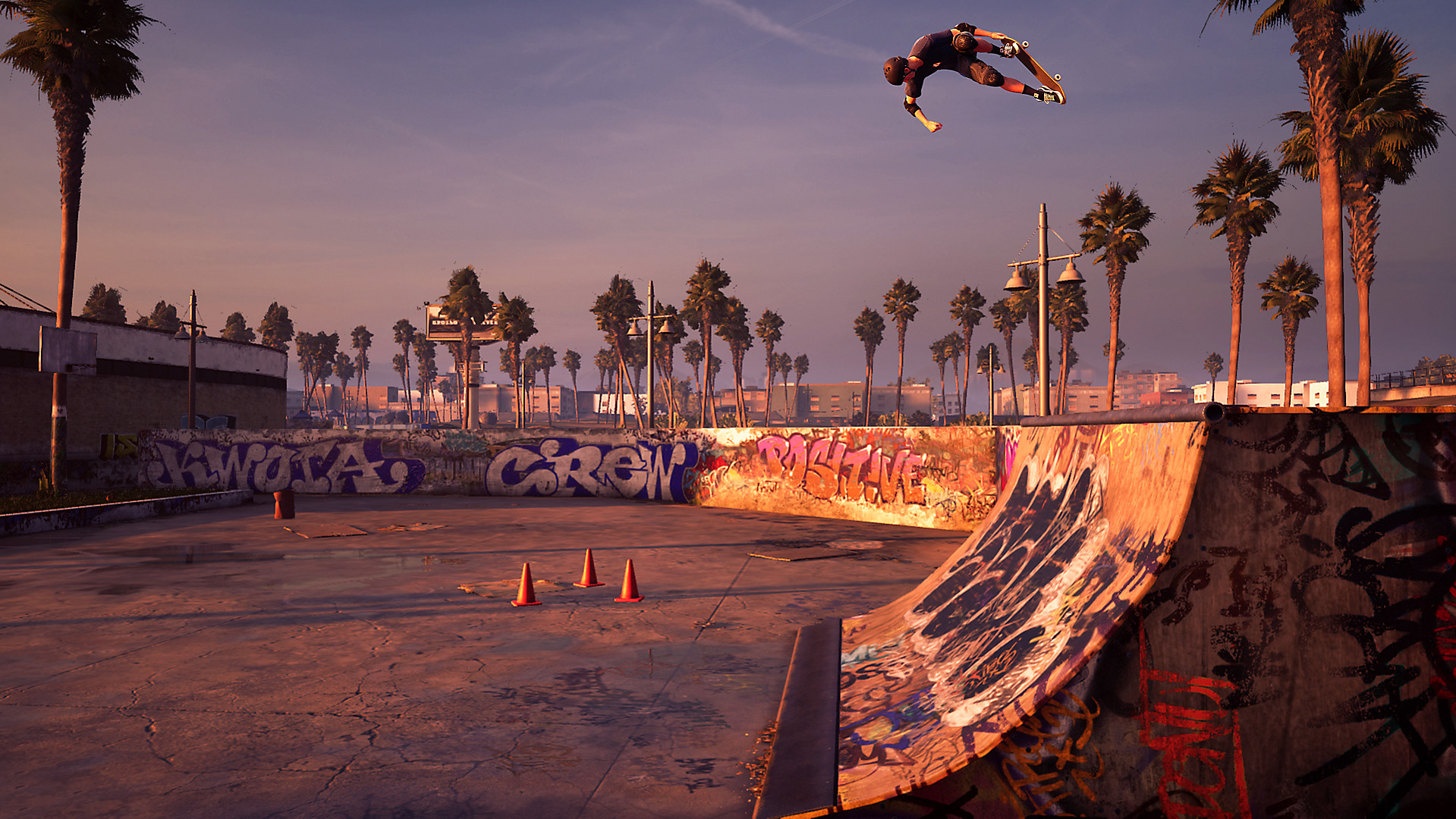 By streamlining things, Vicarious Visions have ensured that by only including the essentials and removing the superfluous fluff that new players can comfortably come to the series without feeling overwhelmed by a barrage of moves to learn and veterans can come back and resume pulling off million point combos as if there hasn’t been more than a decade between decent titles.

Create-a-Skater and Create-a-Park are exactly as you’d expect, and the online community has already made some absolute bangers when it comes to skateable environments. There’s a fair bit of choice when it comes to your appearance, deck and wheel selection and the skate shop and challenges will reward you with additional items. Create-a-Park can feel a bit limited but fans are finding ways to circumvent said limitations already and I’m sure additional features will be patched in later. 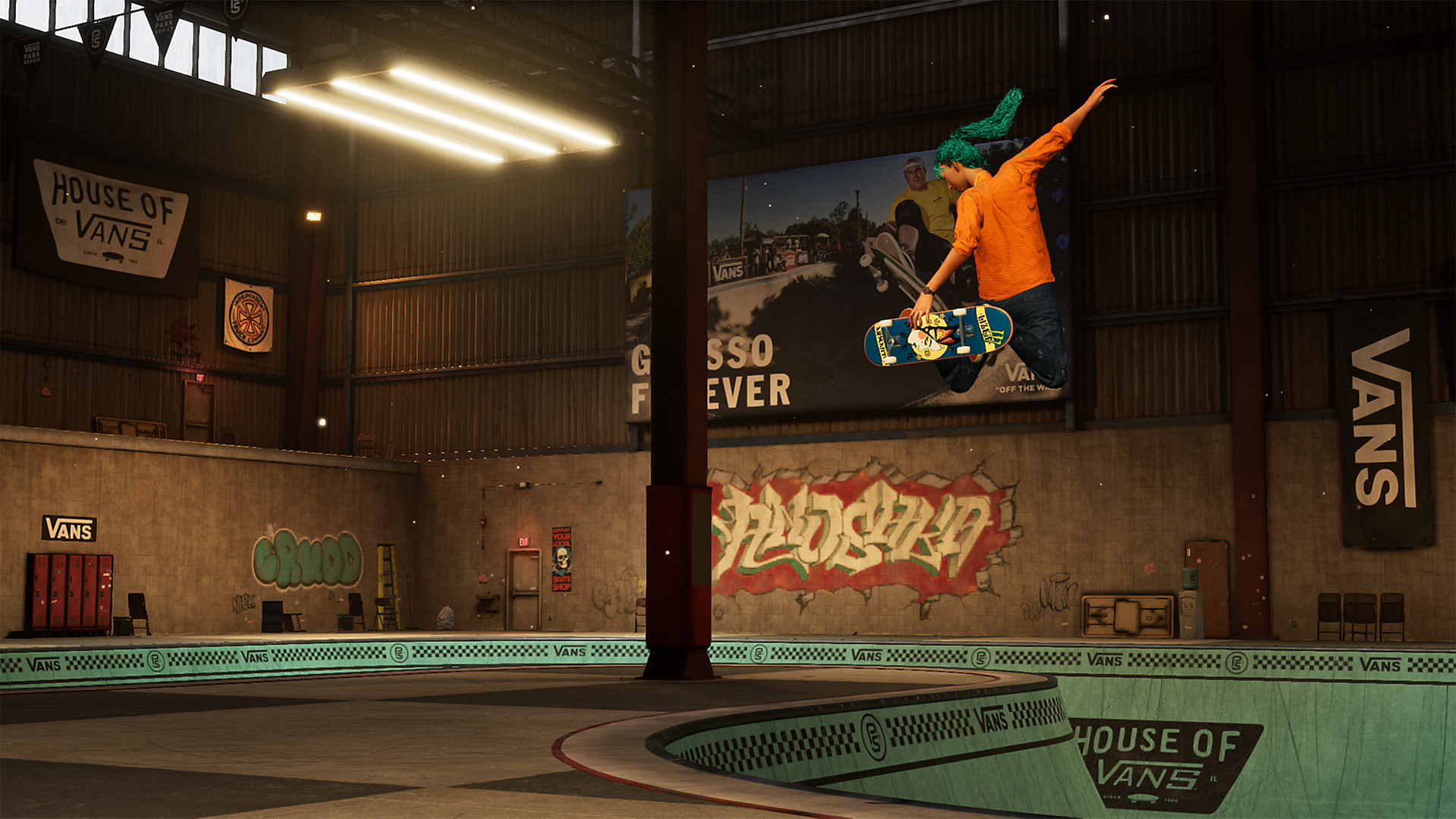 The multiplayer is really the only area where the game didn’t quite hit it out of the park for me. Relatively barebones, you can go up against others in short rounds of Trick Attack, Horse, Graffiti and other classic modes, but you can’t create private lobbies to free-skate with your mates, which is a bizarre omission. Matchmaking is also iffy, with some games seeing vets rack up multi-million point combos whilst the rest of the lobby struggle to hit 150k, something which can turn off newer players if it isn’t addressed soon.

Thankfully, Vicarious Visions has already pledged to refine the online experience and allow private matchmaking and lobbies, but for now the multiplayer is, in all honesty, a bit of a mess and the mode I’ve touched the least so far. 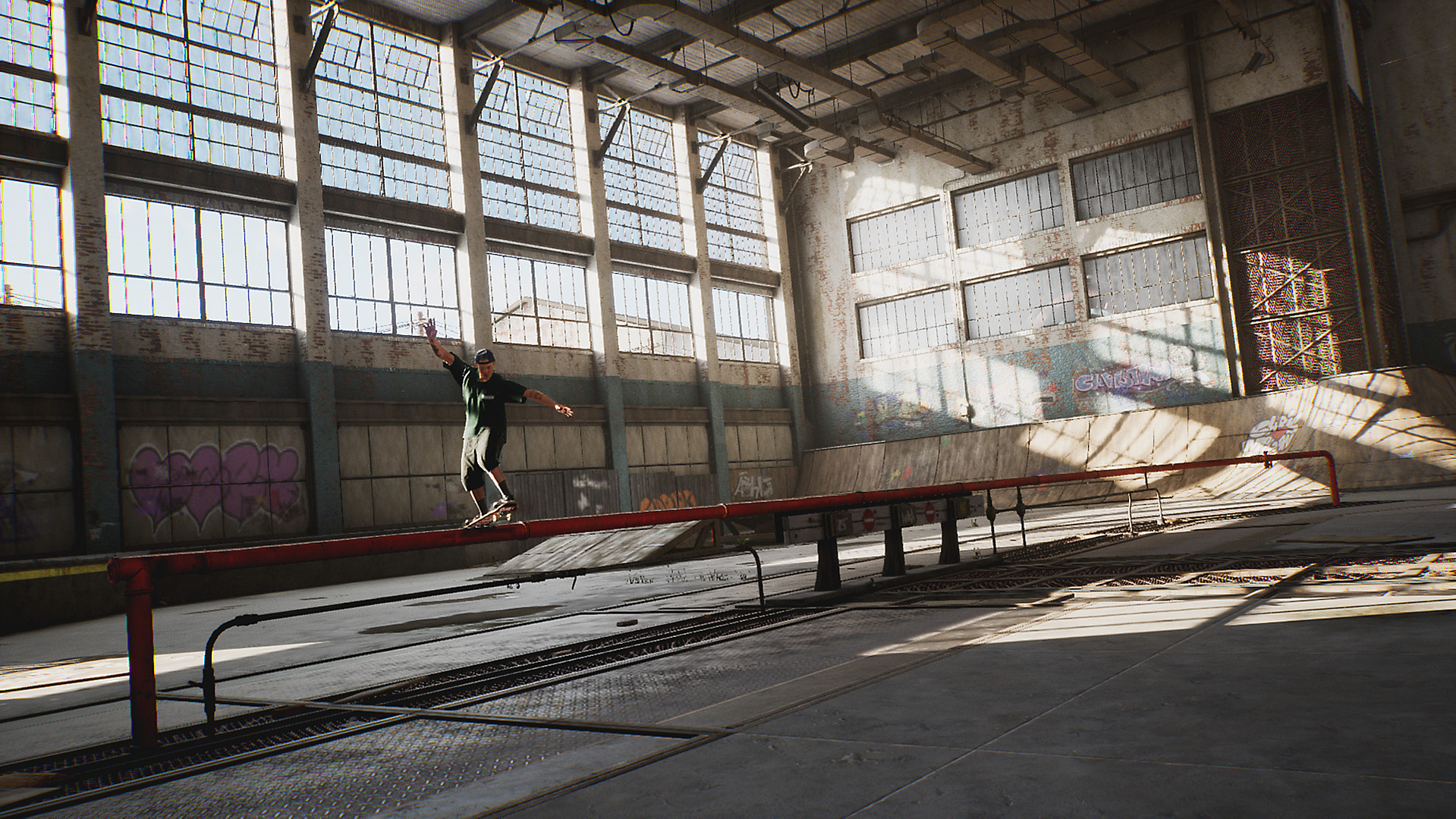 Tony Hawk’s Pro Skater 1+2 boasts a current gen visual makeover that adds a whole heaps of character to the familiar levels, such as the mall now appearing dilapidated and run down and even the skaters themselves being aged up to resemble their current modern incarnations.

You can tell that a lot of care and attention to detail has gone into the game from a graphical standpoint, and it’s safe to say that this is not only the best that the series has ever looked but also it’s as close as you can get to to the levels that you remember playing in your nostalgia driven mind’s eye without having to go back and be let down by how barren and blocky things looked upon their original release. 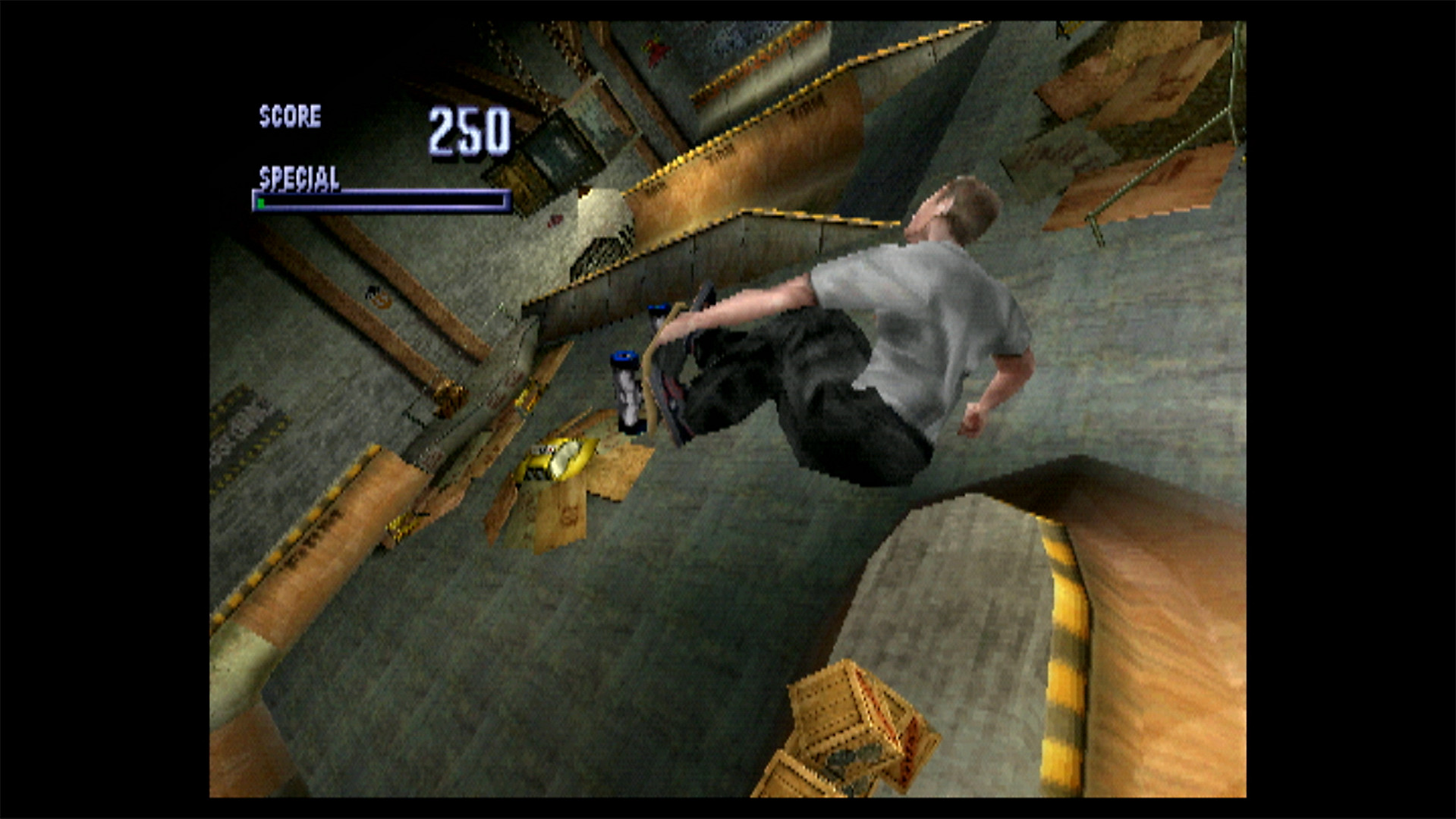 One of the most important elements of the series is the licensed soundtrack, which sees the return of all but three of the tracks from the initial releases as well as a whole bunch of new tracks from across the musical spectrum. 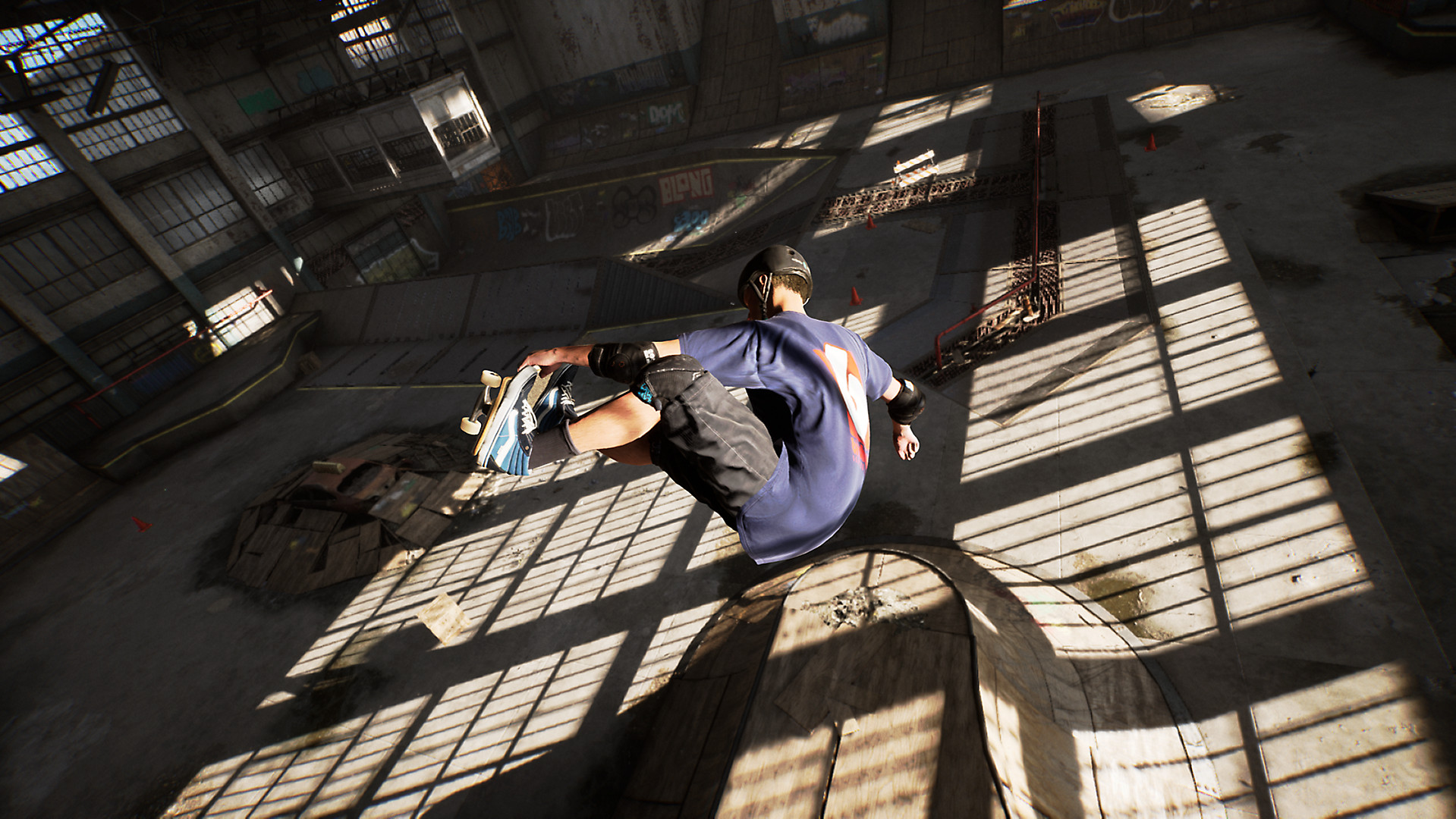 Of course your mileage may vary depending on your personal musical preferences, but for me the new tracks easily slot in alongside the older ones and overall the soundtrack is on par with T.H.U.G in terms of quality, which I hold up as my gold standard.

The hoots and hollers of the skaters can get a bit much, although it is toned down from the demo version, but for the most part the environmental sounds and the like more than do the job. 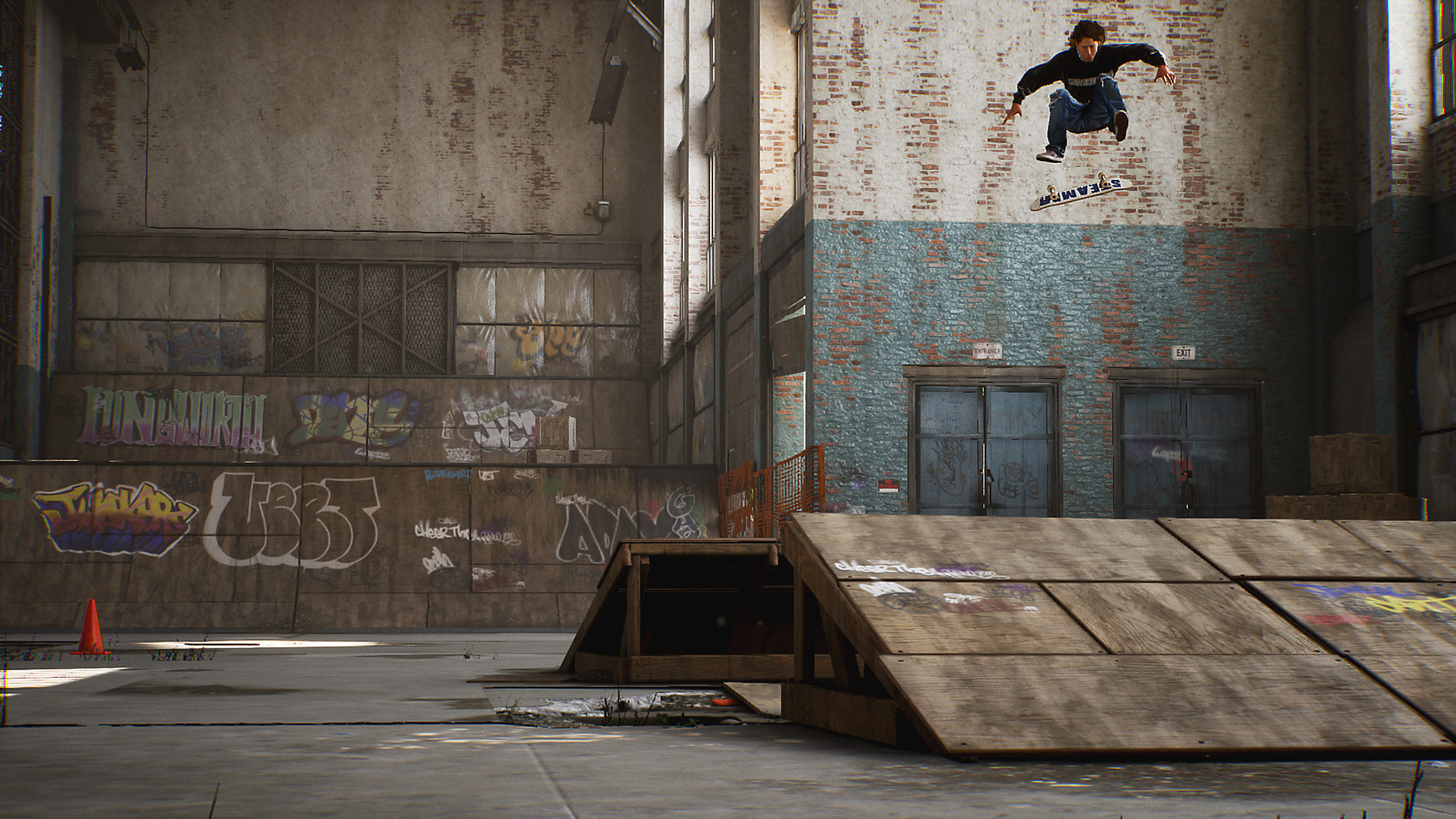 Make no mistake, the Tony Hawk series is back in all of its resplendent glory. It’s awesome seeing the Birdman back up on his perch and coming back to these games after a decade of unworthy entries really felt like a revelation as I was immediately reminded of how much I’d been missing the series from my life. 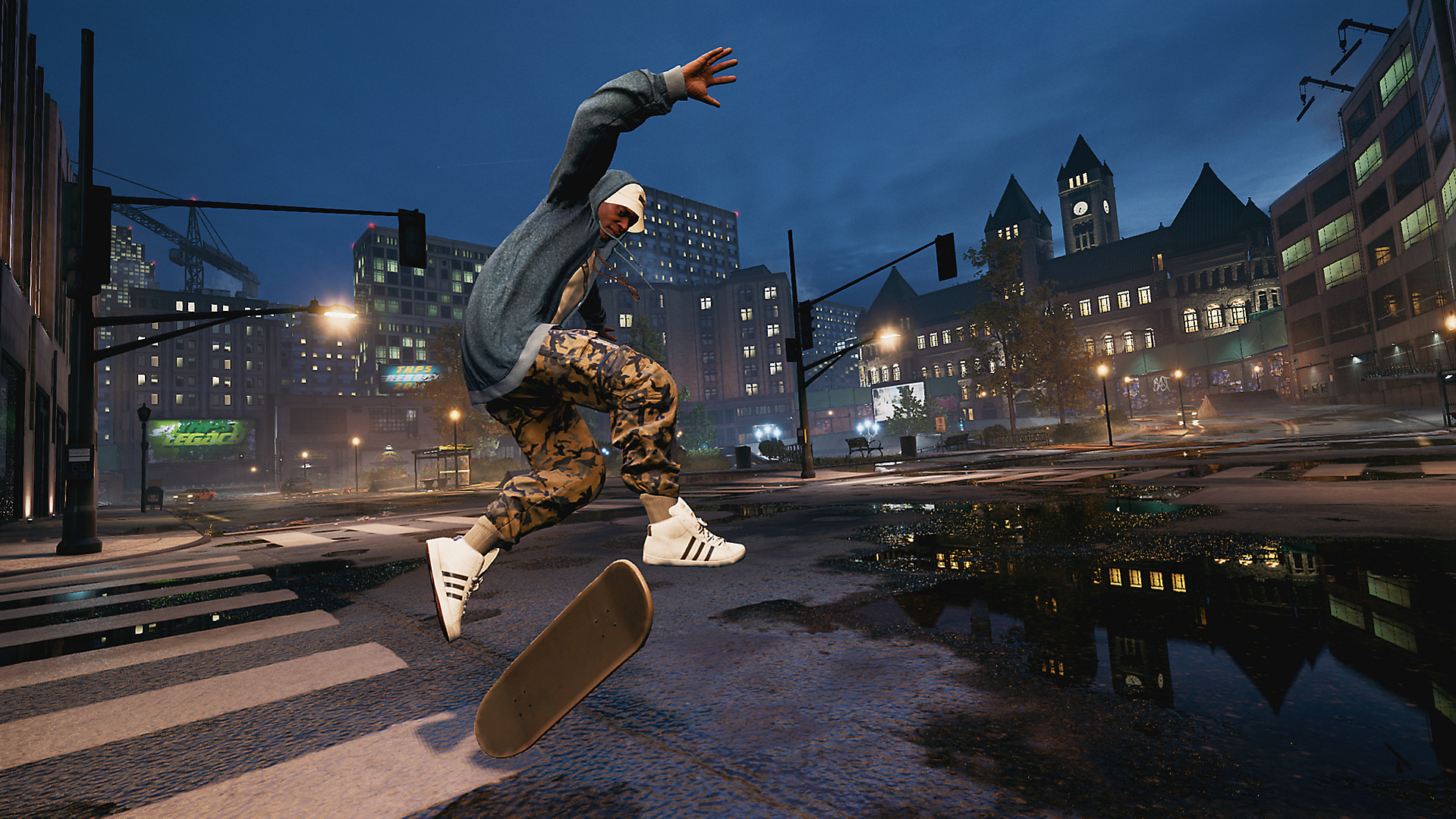 With tight controls, awesome music and a whole ton of new content in the form of challenges, this is as close to perfection you can get when attempting to update a classic franchise for a new generation.

There are some things that need work, such as the weak multiplayer and the ability to reset career goals, but this is genuinely the most fun I’ve had with a game in quite a long time and I think it’s fair to say that, when I’m old and withered and looking back on my life from my deathbed, this will be yet another era of my life that can defined by my time with a Tony Hawk game, and I’m sure I won’t remember this year for anything else notable happening at all. *Whistles nervously* 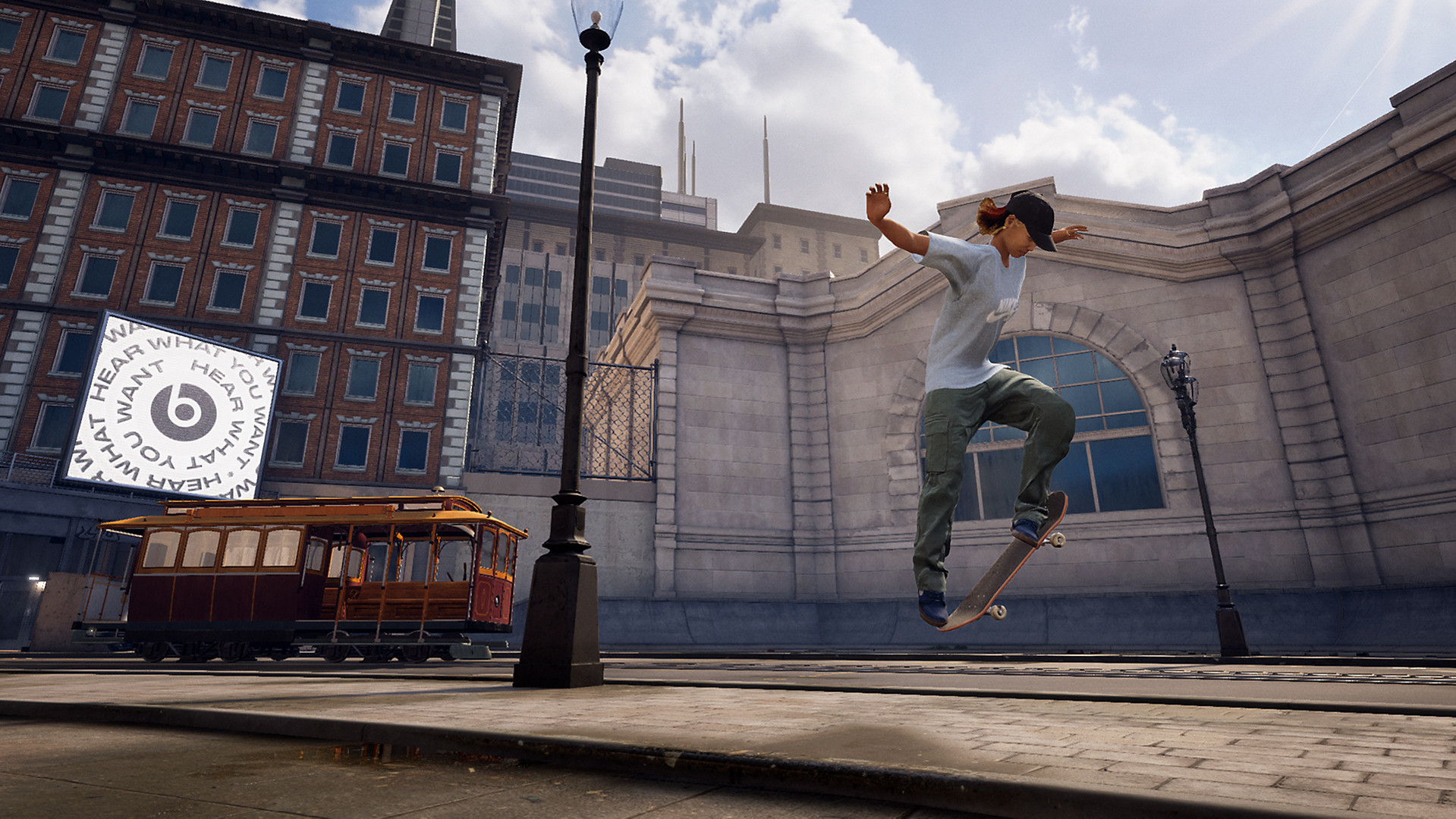 Highly Recommended, this is exactly the game we needed in 2020 and I can only hope that THPS3 DLC is incoming, with maybe even a THPS4/T.H.U.G/T.H.U.G 2 remake on the horizon… Hey, a man can dream.

Dreams are all we have left these days.

All hail the Birdman. 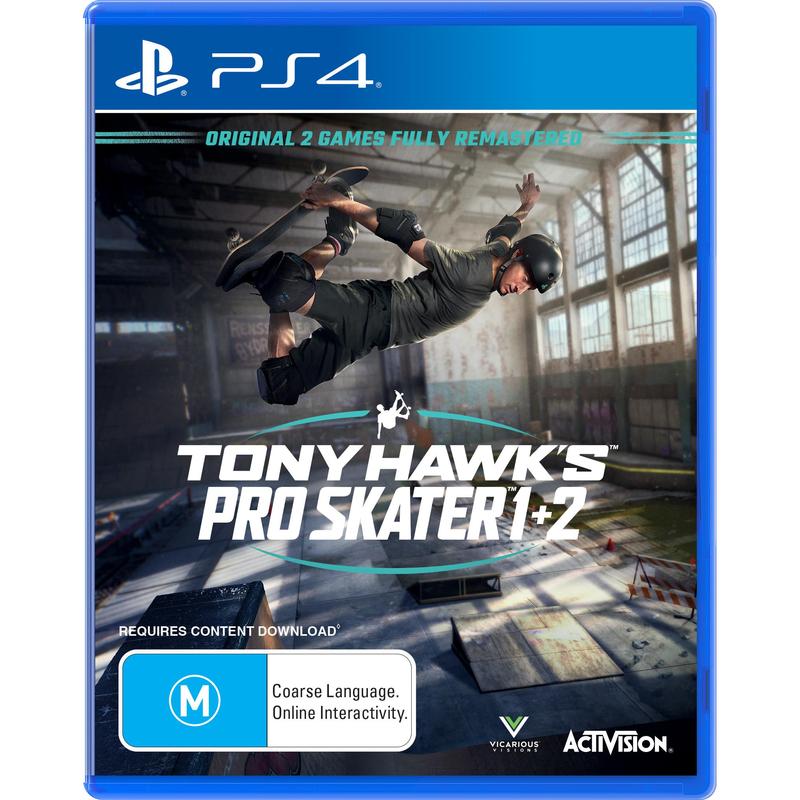