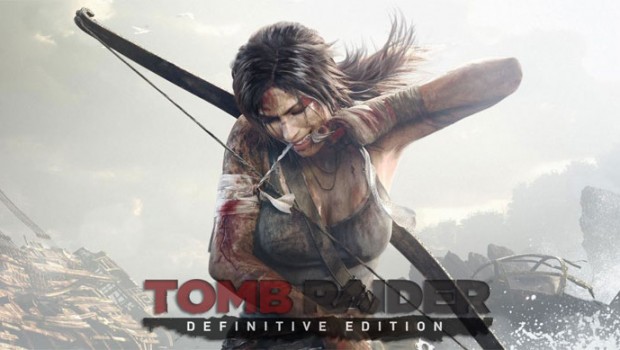 The reboot of Tomb Raider gave the franchise the punch it needed to make it significant again in this age of consumer awareness and thanks to digital offerings, an abundant game market to choose from.

We all wanted this grittier Lara Croft Adventure to look better, and now here we are with the Tomb Raider: Definitive Edition.  Its Lara Croft’s adventure decked out in better graphics and more bits on screen that up the visual punch of the game. It’s eye candy to be sure and it lends itself well to the adventure. Having played the other version, I found myself somehow drawn in more to the story.

While the new looks do not add much more … it’s hard to not say it gave me a bit more of a thrill somehow….to the experience other than the graphics the franchise deserves, the Xbox One version is the one to own if you have not yet sampled this excellent cinematic game. It is on par or even better looking than the PC versions. And slightly edges out the PS4 version in regards to extra details.

The added features of using Kinect to grab and view artifacts and other small interactions during the game are not game changers, not when your hands are already on the controls and it seems so much faster to hit the button rather than bark out an order for Xbox One to carry out the command. Thant being said I have found it rather nice to be able to just saw open map and close map to bring the map up. This it seems is the most helpful use of the Kinect voice commands.

Changing between the gun and the bow also seem clunky at times using the voice commands. For some reason there are times that Kinect just does not hear you, and yelling out and articulating your words over and over soon make you feel like an idiot…a simple press of the button in less than a half second and you change weapons….so voice commands not looking good. 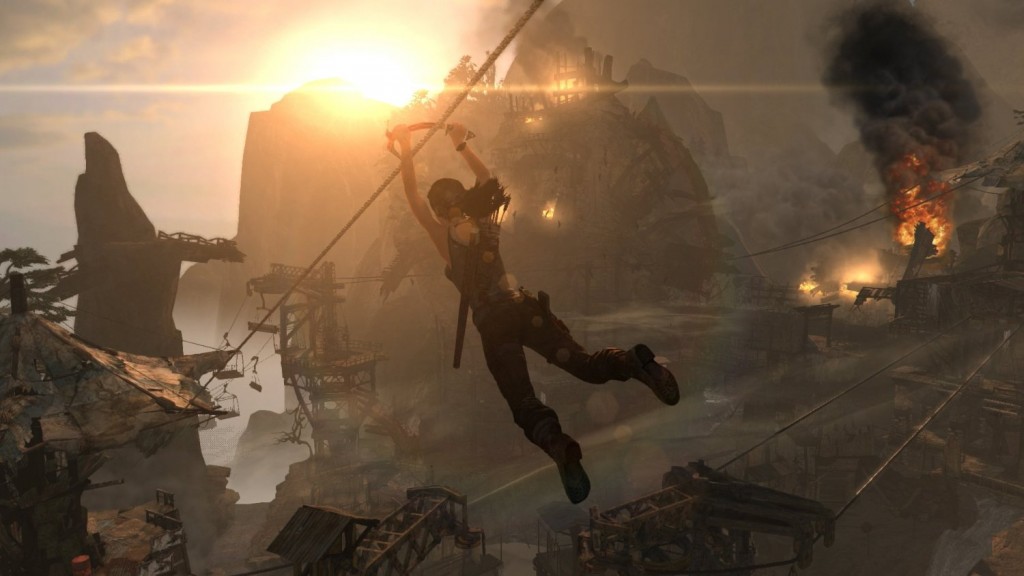 The definitive edition also includes all the DLC which is great, so if a gamer has been on the fence…the exceptional upgrade in graphics and the DLC and other little extras like the digital comic book are enough to make you justify the purchase.

Game play has not changed, there are plenty of platforming moments and oh holy cow moments.  Throughout the adventure there are secret tombs to be found, hidden all over the island. With the pumped up graphics it’s a much more cinematic experience, making all of the over the top nail bighting set pieces stand out all the more. The designers rebuilt a lot of things for the next gen splash and it shows. Environments and character models all look spectacular.

The main character Lara Croft is more fully realized and seems more alive than a mere game character.  Fire flickers and throws sporadic shadows along dank cave walls, and rain splashes down drenching Lara’s skin.  The developers make full use of the current abilities of the next generation consoles and it oh so shows, it’s a win for the consumer here in some intense interactive entertainment. 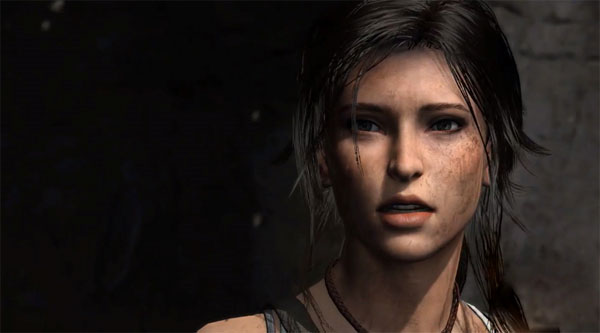 If you have not got the game yet, this is the version to own.

You can also see the excellent write up about the PS4 version here on Impulsegamer.com…in our PS4 section. The review written by Andrew Bistak dives deep into next gen waters.