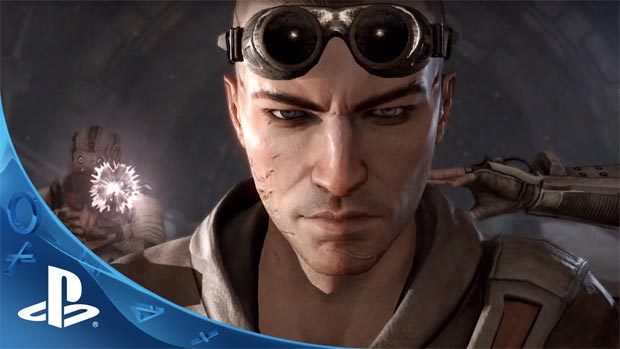 Summary: The Technomancer is an ambitious sci-fi RPG limited by the realities of budgets. Fun and intriguing, but lacking polish and certain genre staples.

Mass Effect on a budget

The Technomancer is the latest game from Spiders, an independent French video game developer well known for ambitious action role-playing experiences with slick fantasy and sci-fi worlds limited by smaller budgets. Set in the same universe as their most popular title Mars: War Logs, it has twice as much content and promises much. The end result is arguably the studio’s best product yet, but one which still desperately needed more time and polish to shine. 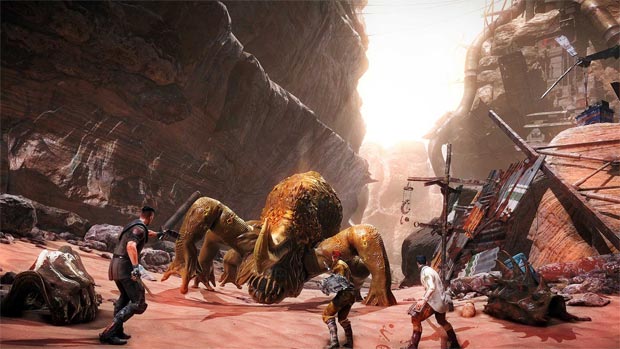 The Technomancer places players in the role of Zachariah Mancer, a rookie Technomancer graduate on Mars. Technomancers are special individuals with the ability to harness the Surge, electrical powers channelled through implants. The Technomancers are misunderstood beings of great power with varying self-interests and secret plans governing how they navigate the tense political scene they are limited by. Mars is split into various cities and conflicting organisations ultimately controlled by powerful tyrant corporations, with two in particular – Abundance and Aurora – waging war on each other for control over water, wealth and overall power over the surface and the few safe havens of shelter established to protect the population from the burning sun. Zachariah is plunged into the seedy world of Abundance and forced to choose sides, eventually embarking on a planet-wide quest that will decide the fate of the corporations and all of its inhabitants.

The core gameplay of The Technomancer is action-based combat mixed with deep role-playing systems, played in a third-person perspective. Areas are organised into several different zones and hubs with item vendors and mission-givers, so exploration isn’t as open-world as you may be used to from more recent mainstream RPG titles. Progression is non-linear, with multiple approaches and dialogue options presented to alter the flow of quests and influence Zachariah’s overall karma (Good or Bad) and reputation with major factions. 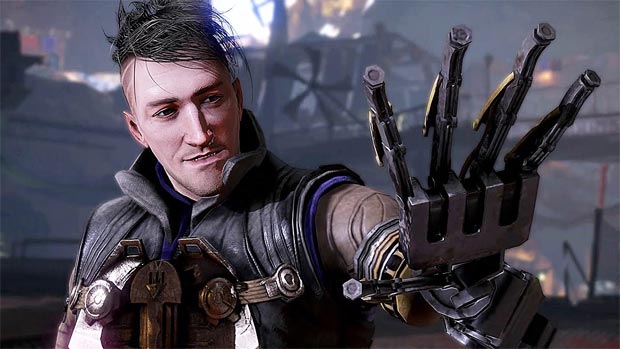 You will also meet many different types of companions who join Zachariah in his journey, each with their own fighting styles, histories, commentary and stakes in the main quest – and their own companion quests for Zachariah to indulge in as well. This is a content heavy game, filled with plenty of side-quests to compliment the 10+ hours of gameplay found in the main story. The game is split into a prologue and three chapters, with five different endings determined by the choices you make as Zachariah throughout the game.

Character customisation is greatly improved in The Technomancer from Spiders’ last game, though it is one step-back from Bound by Flame in its lack of a female gender option. Zachariah’s sex and origins is set in stone but you can still customise his facial appearance, eye-colour, skin and hairstyle to make him your own. The core customisation is in the four combat specialities, or ‘Skills’ pathways to choose from as you gain experience points and level up: Guardian, Rogue, Warrior and Technomancer which offer very different ways to play and shape Zachariah. It’s fun and varied and easily the game’s strongest point of gameplay. 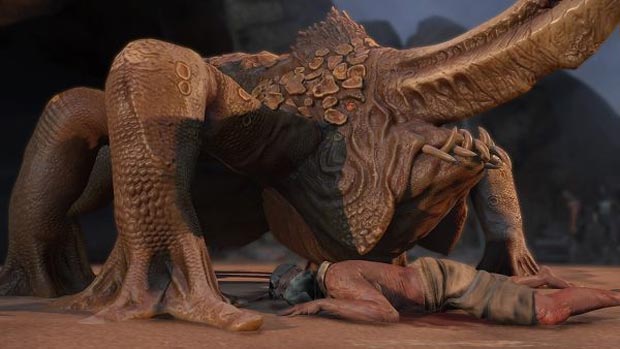 The Guardian is a mace and shield tank meant to wear down opponents with patient blocking and punishing counter-strikes, the Rogue is a quick and dirty scoundrel who poisons foes with rapid knife wounds and gunshots, the Warrior is a deadly and nimble crowd-controller with polearms and the titular Technomancer is meant to compliment all three specialisations with its electricity-based attacks and buffs. I personally enjoyed experimenting with all four combat playstyles and Spiders should be commended for making them feel so unique from each other.

I found a balance as a fast Warrior who controlled the crowds with long-reaching staffs and polearms while electrifying enemies with higher-level Technomancer abilities. Mobs would be stunned or knocked down and killed before they knew what hit them – making me feel like a total bad-ass. But all fights are challenging and fair as enemies frequently block, rush and dodge your blows, so timing and fair mixture of your fast, special dodge attacks is crucial to survival – particularly on Extreme Mode, the hardest difficulty I chose for review.

Aside from skills, there are abilities, party equipment and talents to manage. Abilities grant passive bonuses and buffs to your chosen skills, party equipment includes a vast variety of armour and weapons you can outfit your team in and craft upgrades for to increase their usefulness, while talents are like perks separated into three stages and can unlock areas such as better lockpicking or crafting and increased percentage chances to succeed in charisma, science and crafting-based dialogue choices while interacting with NPCs. 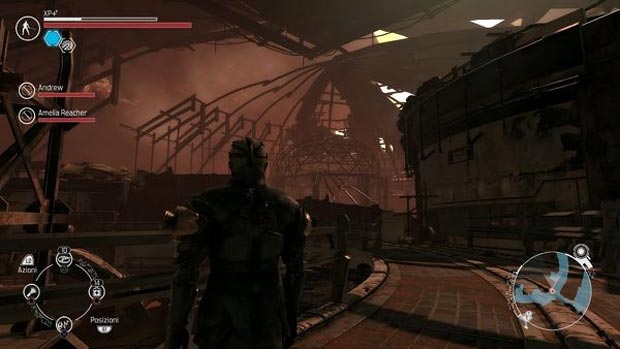 Spiders have weaved together a multitude of interesting factions and political conflicts for the player to indulge Zachariah in and choose sides, and use his talents for. Their histories and differing ideologies are genuinely interesting to learn about (and manipulate to your whim) even if the setting of Mars and the individual characters themselves (typical mad scientists, magical religious fanatics and mob bosses) and level locations (typical seedy sci-fi bar, violent arena and majestic churches) can come across as generic sci-fi fodder.

In the story department, Spiders place all right beats to keep any player interested in sci-fi space RPGs or returning fans of Mars: War Logs intrigued. The lore of Mars is not exactly as well crafted or presented as Mass Effect or other bigger budget role-playing games, but it’s clear the writers put care into the world with what they have. While many of the choices presented are typical good/bad, selfless/selfish, reactivity within the game world and its NPCs to your actions as Zachariah makes you care about gaining or losing points in the faction reputation system and shaping who becomes Mars’s dominant power in the main story. Companions will frequently compliment or comment on what decision you chose, or scold you if they are against it, and speak a lot during major story beats. Major quest givers will do the same, and there’s background NPCs who speak idly and whose dialogue changes frequently when major events or sidequests are completed. The reactivity was surprisingly much more in-depth than I expected – Spiders deserve some kudos here. 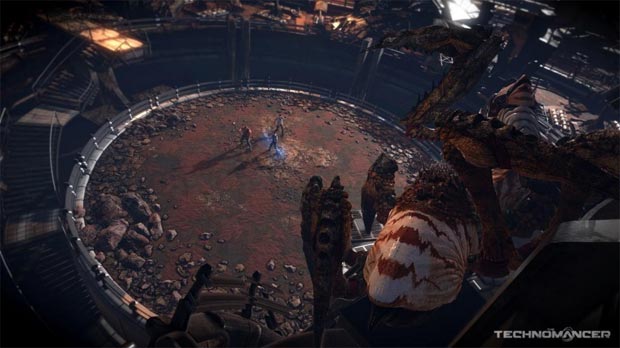 The overall immersion breaks somewhat with the lack of a cinematic camera for 80% of dialogue and cutscenes. The more involved character model animations and facial expressions are limited to the major main storyline cutscenes with the cinematic camera; every other NPC interaction is simply Zachariah standing motionless and emotionless, talking to another motionless and emotionless NPC with animations which loop all too quickly and reek of low-budget corner cuts. Again, it’s still enjoyable and understandable given the budget and smaller scope, but gamers who come in blind may find themselves disappointed after being spoiled by Mass Effect or The Witcher 3 in recent years.

Many of the NPCs also lean too heavily towards exposition fodder, with too many dialogue options presented as odd questions from someone (Zachariah) who should already the answers. It doesn’t help that many are answered like the NPC is a library of information rather than a living, breathing being – thankfully most major characters like the Anton Rogue of the Vory and Viktor of the ASC are voiced by great actors who play their roles convincingly. Companions like Niesha, Scott and Phobos are also well-fleshed out with their own motivations and personalities, and they all react to your decisions as Zachariah and can be hostile if your faction reputation and karma sways in a direction they don’t like.

The problems in The Technomancer vary but most of the story-related ones can be overlooked if you’re already used to Spiders and their work and remember it’s a smaller-budget sci-fi experience. There are some gameplay faults, however, which are totally immersion breaking. Team’s A.I can be given limited commands to control how they attack enemies but they frequently suicidally charge into battle or get in the way, often dying before they are any use to you, impairing the otherwise fun combat systems. Background NPCs, meanwhile, exist merely to grant artificial life to an area, but many fail even this simple role when animations repeat and pathfinding glitches out. The Slums of the starting area in Ophir have two NPCs in particular who are stuck behind objects and are forever doomed to step back and forth in a sickening loop – the lack of polish here always took me out of the moment every time. 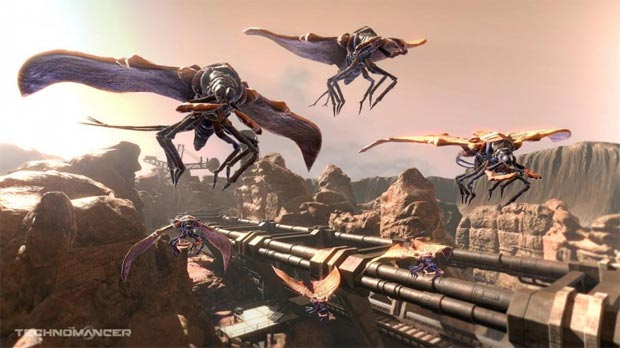 Many of the sidequests are fairly mediocre and uninteresting compared to the main quest; too much backtracking is needed to finish all objectives in a reasonable time-frame and many just feeling like artificial padding. Some are also timed or subject to the day/night cycle which is an interesting concept, but only half-implemented to its full potential.

Visually, I’d have to add the graphics of The Technomancer among the list of disappointments. Many environment textures are blurry and low-res and many NPC character models have blank lifeless expressions and movements with duplicate appearances, though the stellar sci-fi art direction makes up for most of it. The soundtrack, unfortunately, is also a forgettable affair of uninspired sci-fi beats and sound effects which lack punch or identity, though the audio voice work of the majority of the main cast is well-acted and utilised.

The Technomancer is a case of creative ambition mired by the realities of budgets. I said a similar statement when reviewing developer Spiders’ previous game, Bound by Flame, and it remains relevant here. While The Technomancer and its sci-fi backdrop and deeper role-playing mechanics are a lot more intriguing and involved than the last, the lack of polish in the overall package will inevitably drive away potential fans expecting something more. But for those who stick through it, you may find a satisfying mid-budget RPG similar to Mars: War Logs, with a punchy combat system and surprising level of choice and reactivity in how you play through the story, fun for one or two playthroughs.