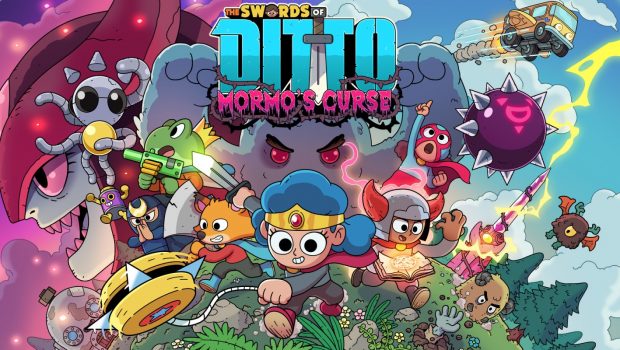 Summary: Swords of Ditto: Mormo's Curse addresses many of the issues that plagued the original release. It also runs great on the Switch.

The Swords of Ditto is one of those games that immediately caught my attention through screenshots alone. Its fantastic art style and quirky sense of charm immediately appealed to my sensibilities. Yet as intrigued as I was by the game when it was first released back in 2018, negative sentiment around the repetitive gameplay and intimidating difficulty prevented me from giving it a try. Thankfully, a huge update has been released alongside the release of the Switch version of the game that aims to specifically address many of these issues. 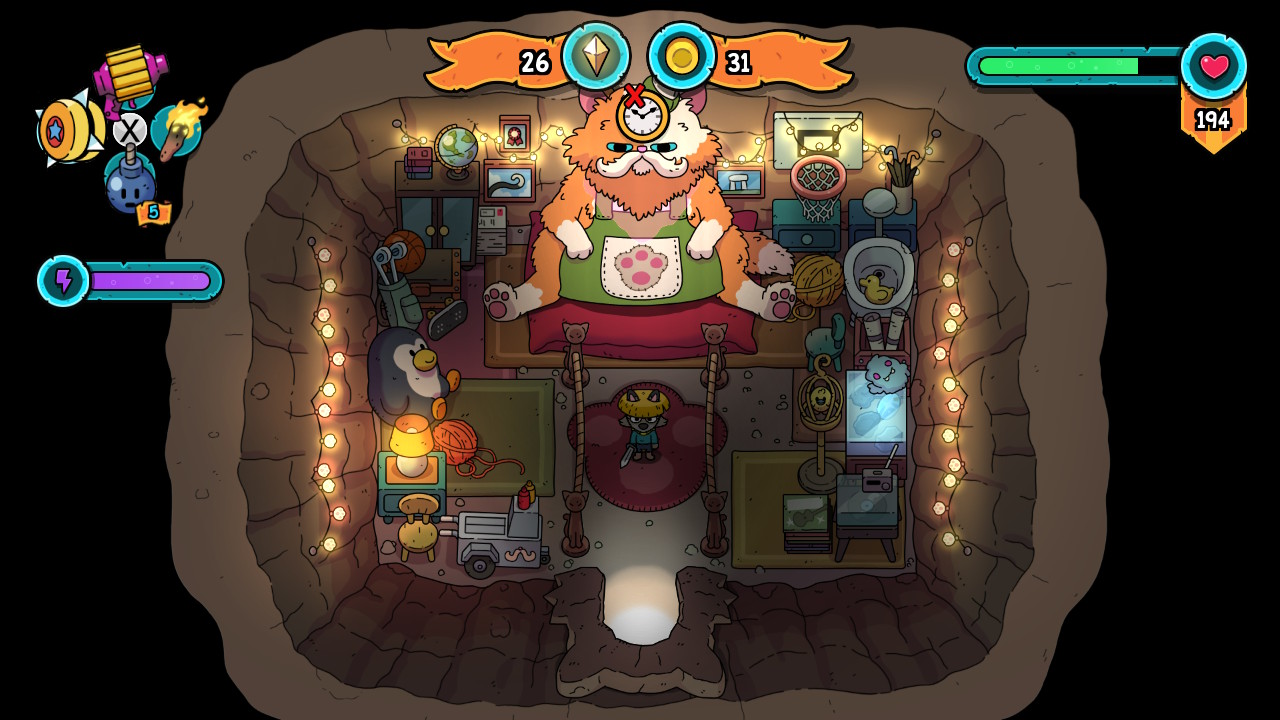 When we reviewed Swords of Ditto back when it was first released in April 2018, we praised its fantastic art style but criticised it’s overbearing difficulty and tiresome gameplay loop. This was a criticism that seemed to be echoed throughout the gaming community at large. Thankfully, developer’s One Bit Beyond have done a fantastic job of listening to the community and have successfully rectified many of the fundamental problems that Swords of Ditto originally suffered from, with the Sword’s of Ditto: Mormo’s Curse expansion. This expansion has been designed to specifically address these criticisms, as well as introduce a bunch of new content to the base game. 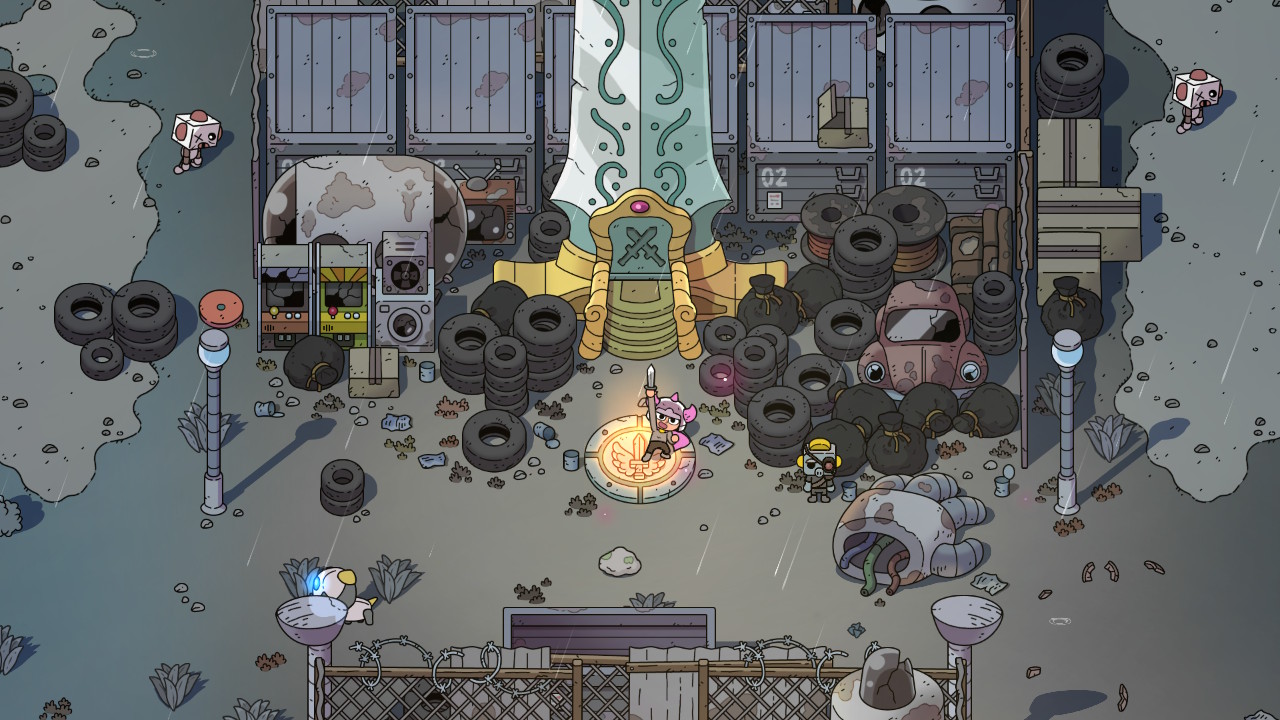 Before we get into those changes, for those that don’t know, Swords of Ditto is a top-down rogue-like adventure game with a procedurally generated world. It’s Spelunky meets Zelda: A link to the Past with all the humour and charm of a cheeky Adult Swim Cartoon. You play as the Sword of Ditto, an expendable hero cursed to thwart the evil witch Mormo every hundred years. To do this, you’ll be searching the land of Ditto for legendary items in order to weaken Mormo before facing her directly. After defeating her or falling in combat, 100 years will pass and you’ll assume the role again with a different character. 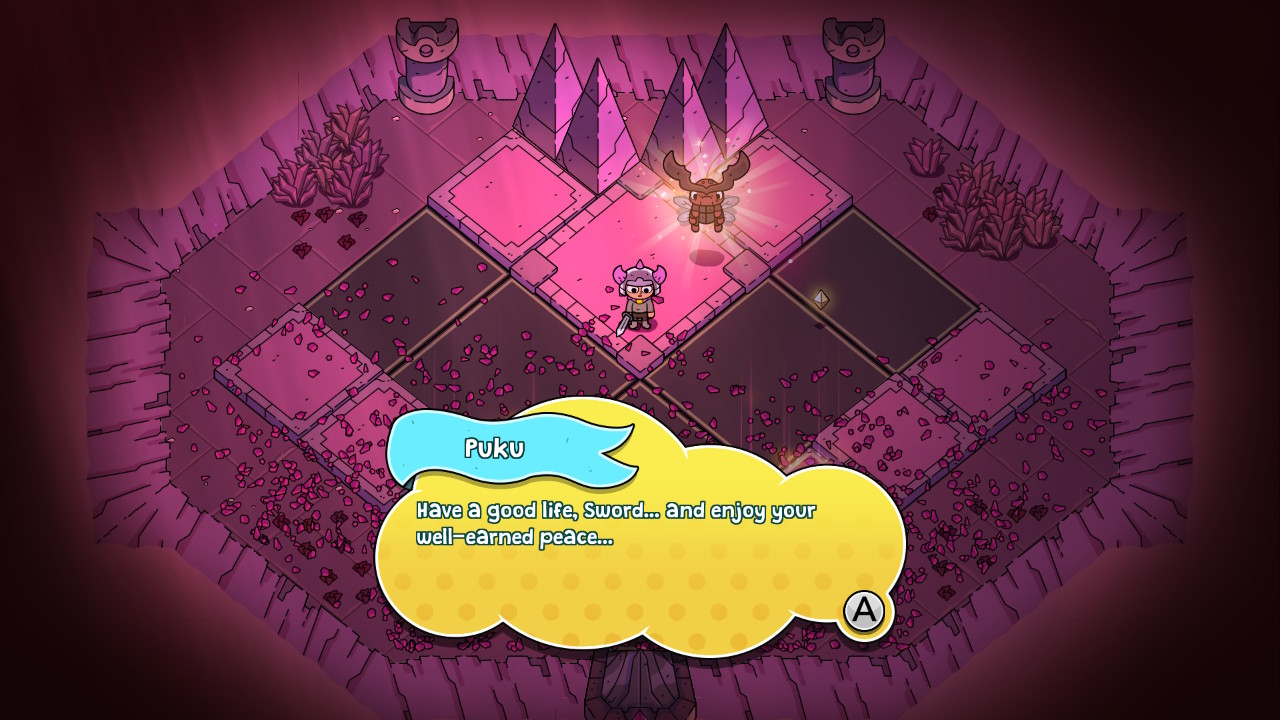 Originally, Swords of Ditto was a painfully difficult roguelike – if you died, you had to start all over again with nothing. Mormo’s Curse has added a new difficulty level that allows the player to respawn at their home if they die, retaining everything they’ve acquired except for a bit of collected currency. This is a hugely positive change that not only significantly lowers the inherent difficulty of the gameplay loop, but also lowers the time investment required to progress through the adventure. Of course, Hero Mode allows the game to be played with the original ruleset if you so desire. 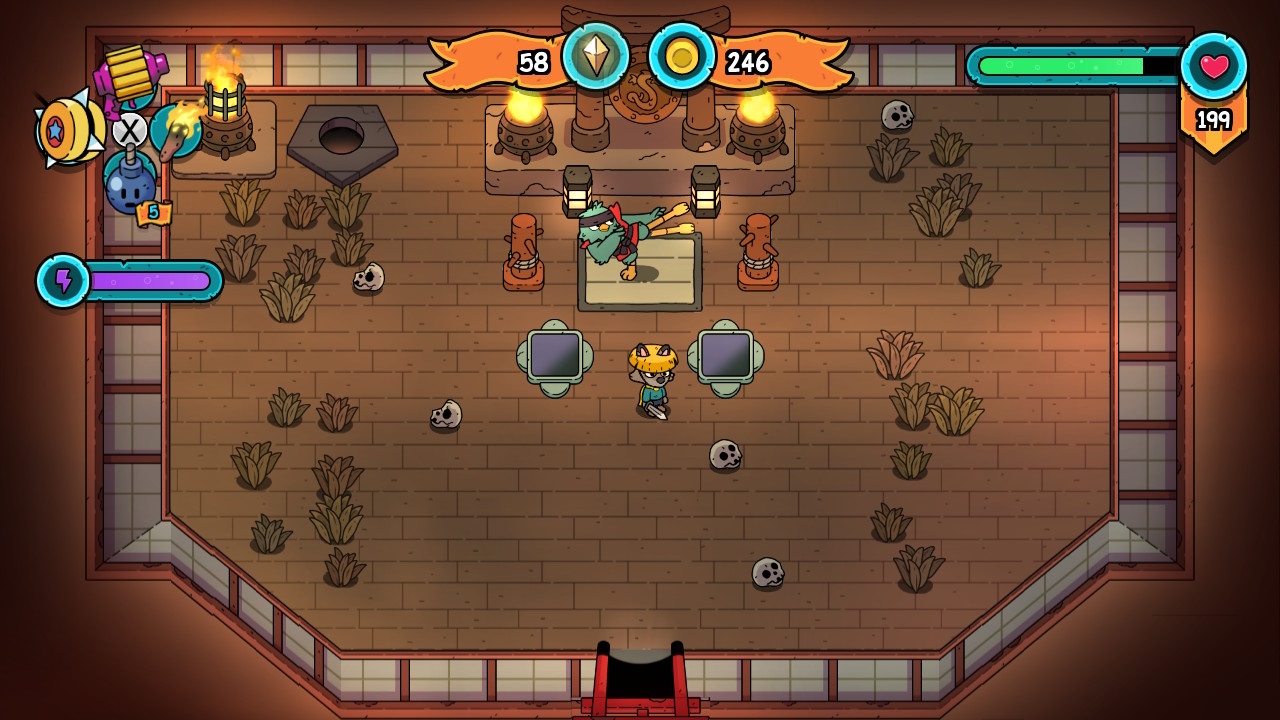 The Mormo’s Curse update also adds four new biomes that may be generated when the world is created anew. Each of these biomes has its own set of new enemies and challenges, which adds plenty of variety and replayability to the base game. All of the new biomes have a distinct visual style that looks terrific, thanks to the Swords of Ditto’s incredible visual aesthetic. 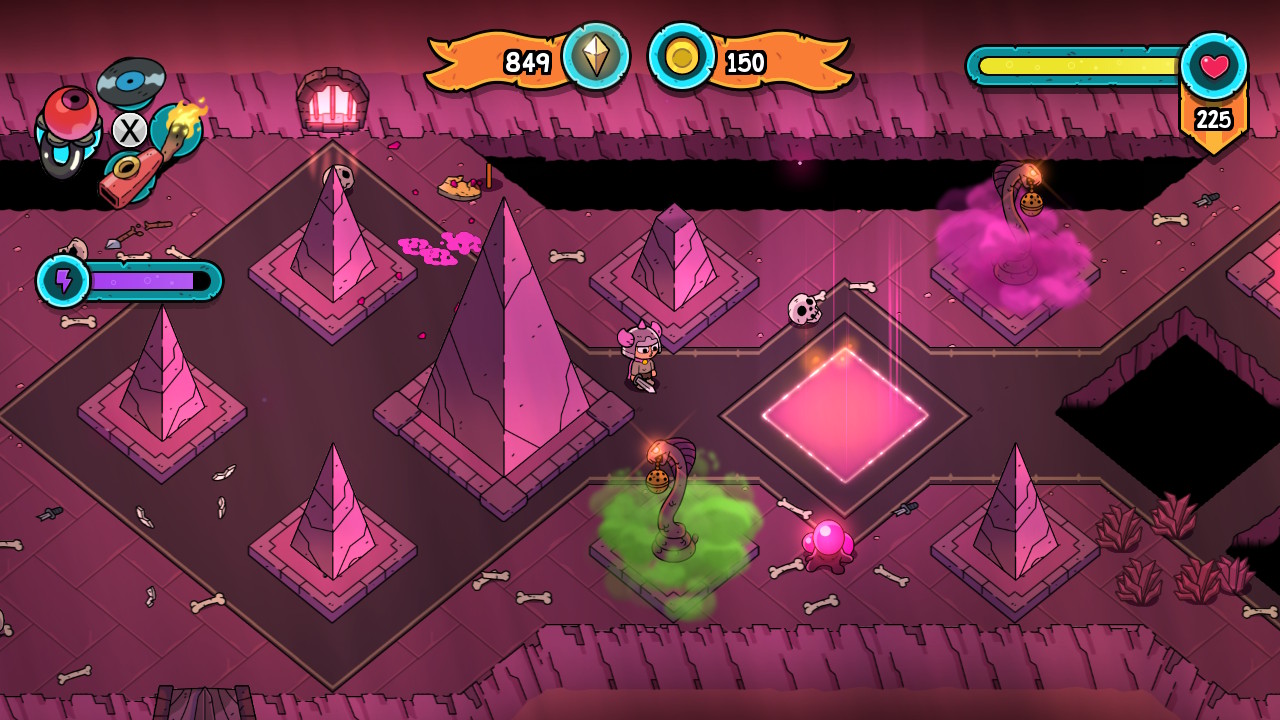 While we’re on the topic of Swords of Ditto’s visuals, I’ll take a brief moment to gush about how incredible the game looks on the Switch’s portable screen. The bright, cartoon aesthetic and detailed animations consistently blew me away and the distinct visual aesthetic seems tailor-made to be played on the go with the Switch. 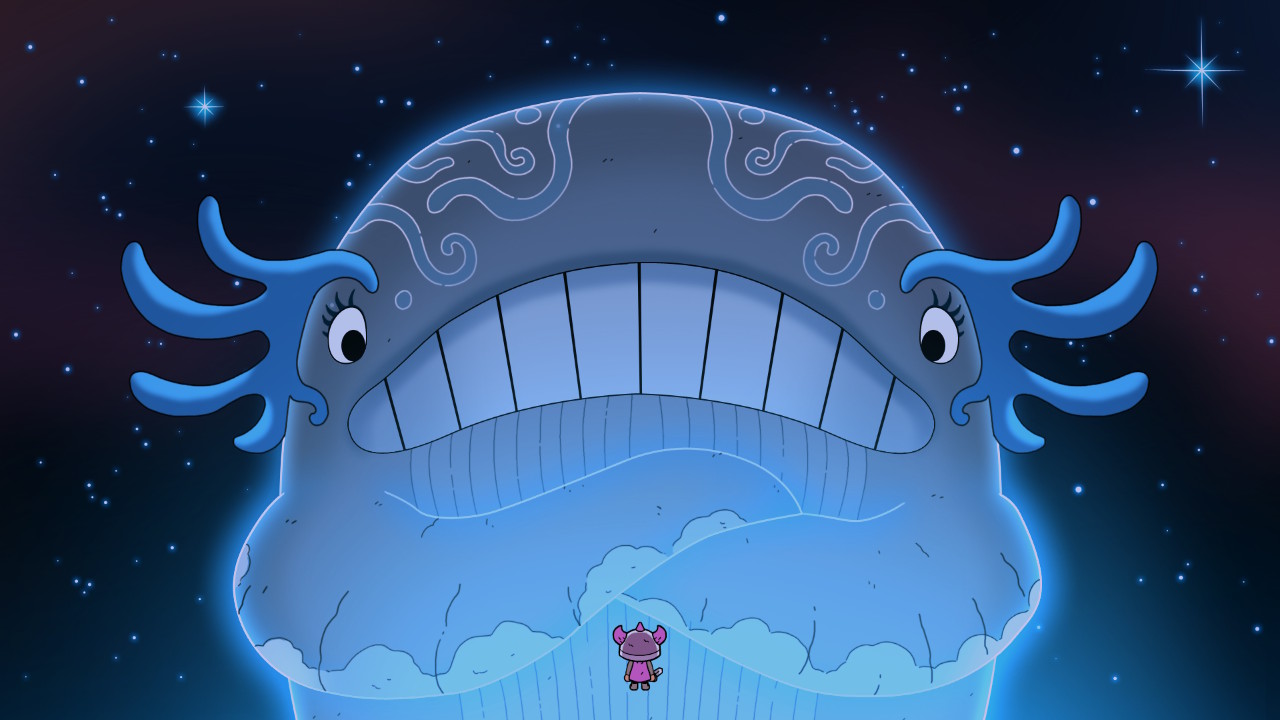 Unfortunately, all those highly detailed cartoon assets seem to take a while to load in whenever you enter a new area. As the overworld is broken up into separate areas, moving from one block to another can lead to several seconds of staring at a blank loading screen. A few seconds may not sound like much, but it is an annoyingly noticeable amount of time to be waiting whenever you’re moving through an area. 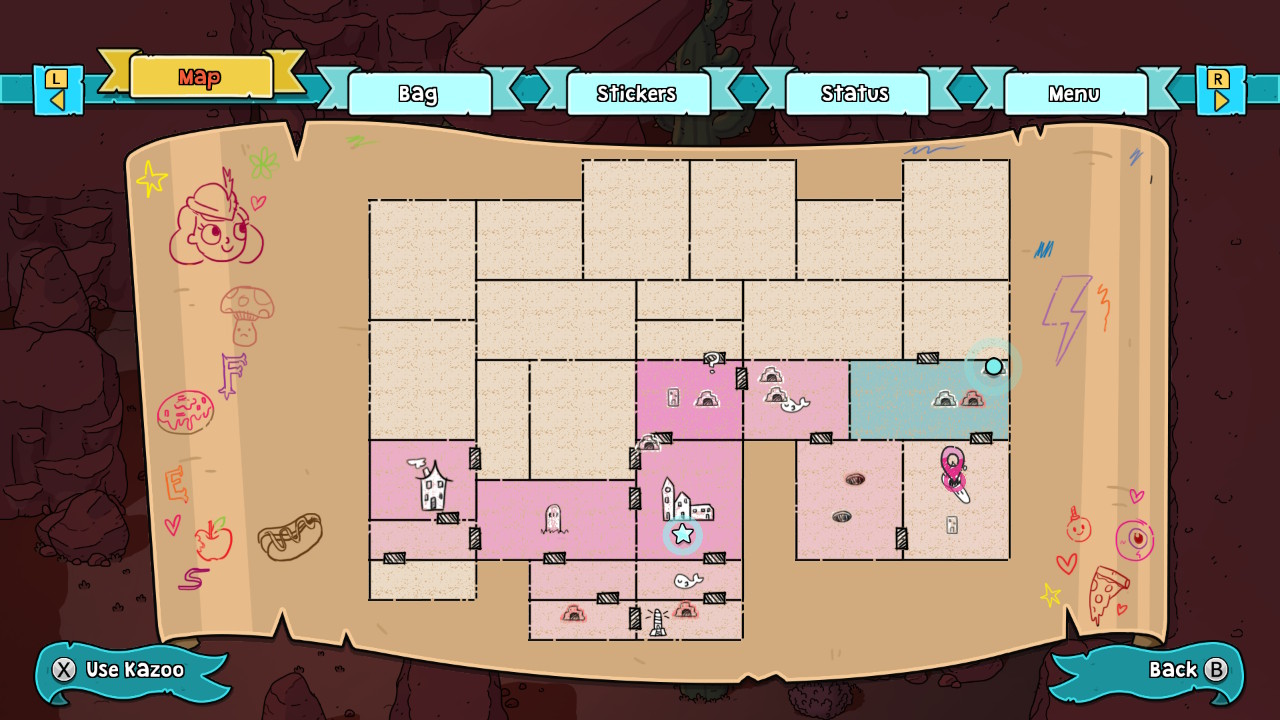 Swords of Ditto also features two player, shared-screen local co-op, which works like a treat on the Switch. A single Joycon can be used to control each player, however the inventory management can get a little finicky with this setup, so it’s always advisable to get two controllers and play in docked mode when possible. 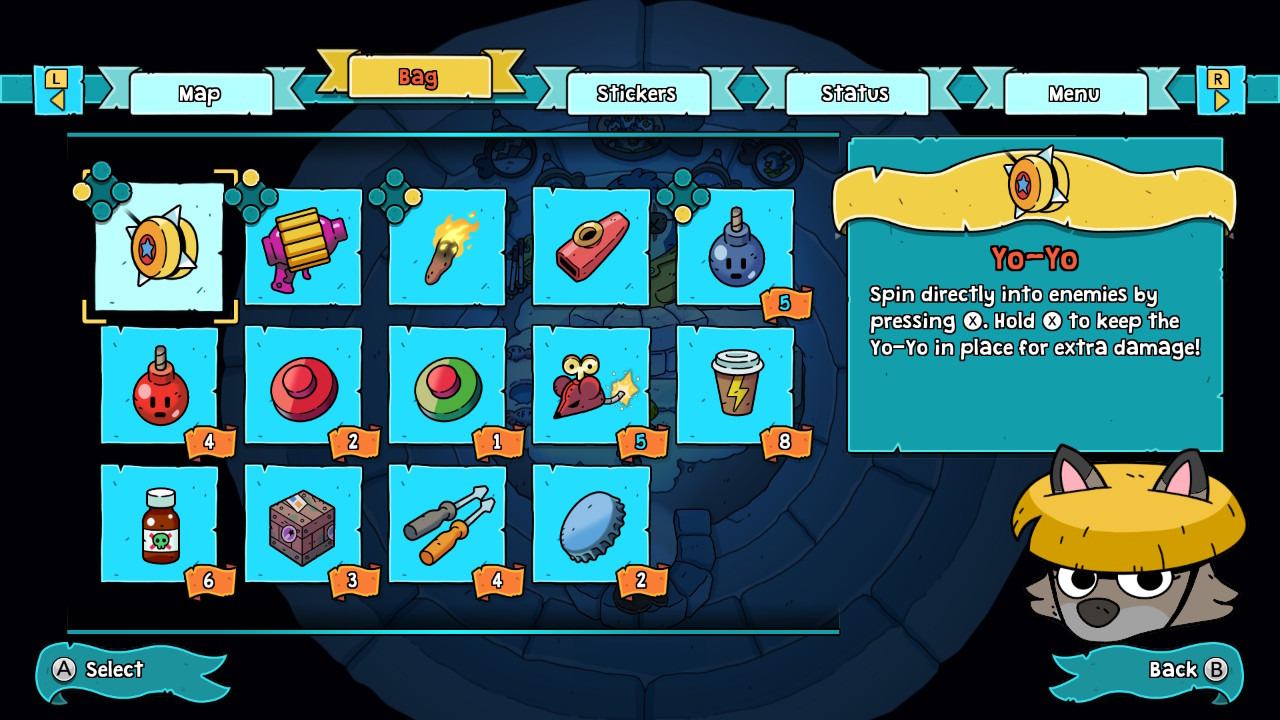 The Swords of Ditto: Mormo’s Curse is an excellent update that addresses many of the gameplay issues that marred the original Swords of Ditto release. The new gameplay changes remove much of the tedium of the original gameplay loop, and the added content is a boon to replayability. The Switch version of the game looks and plays tremendously, however the obnoxiously long load times are an unfortunate caveat. Check this one out if you’re after a simple yet satisfying roguelike to play solo or with a friend. 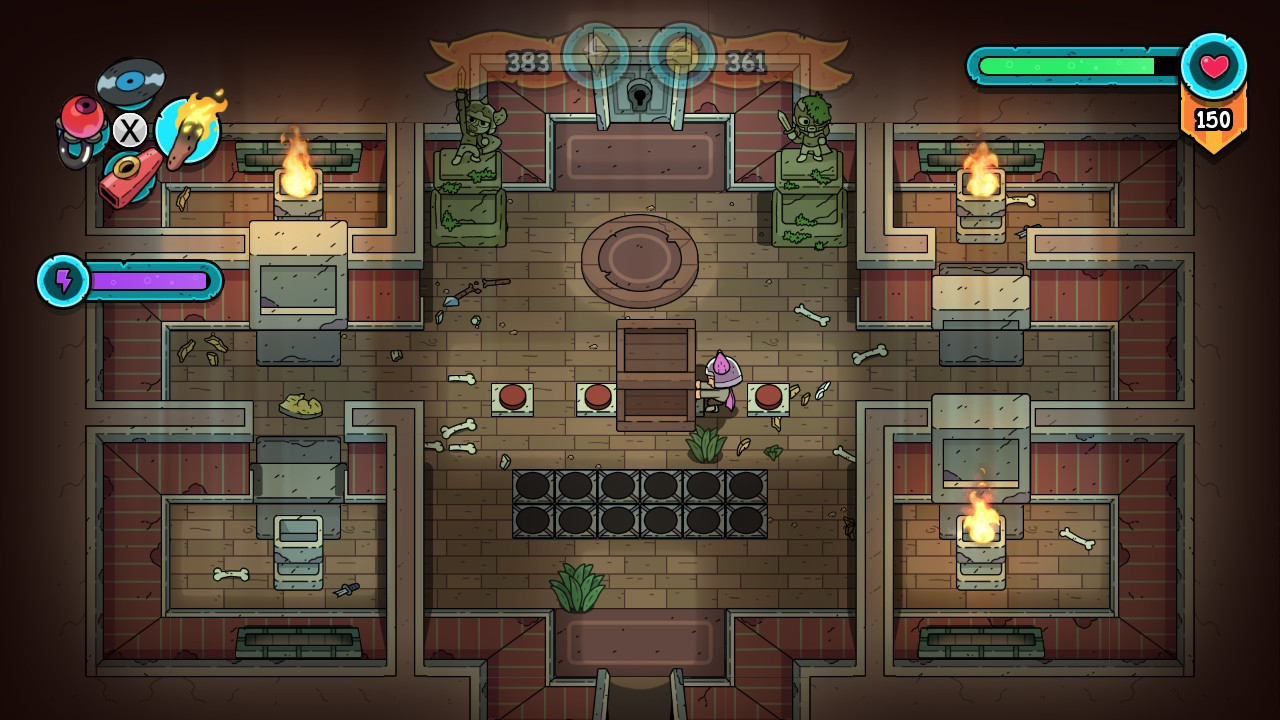 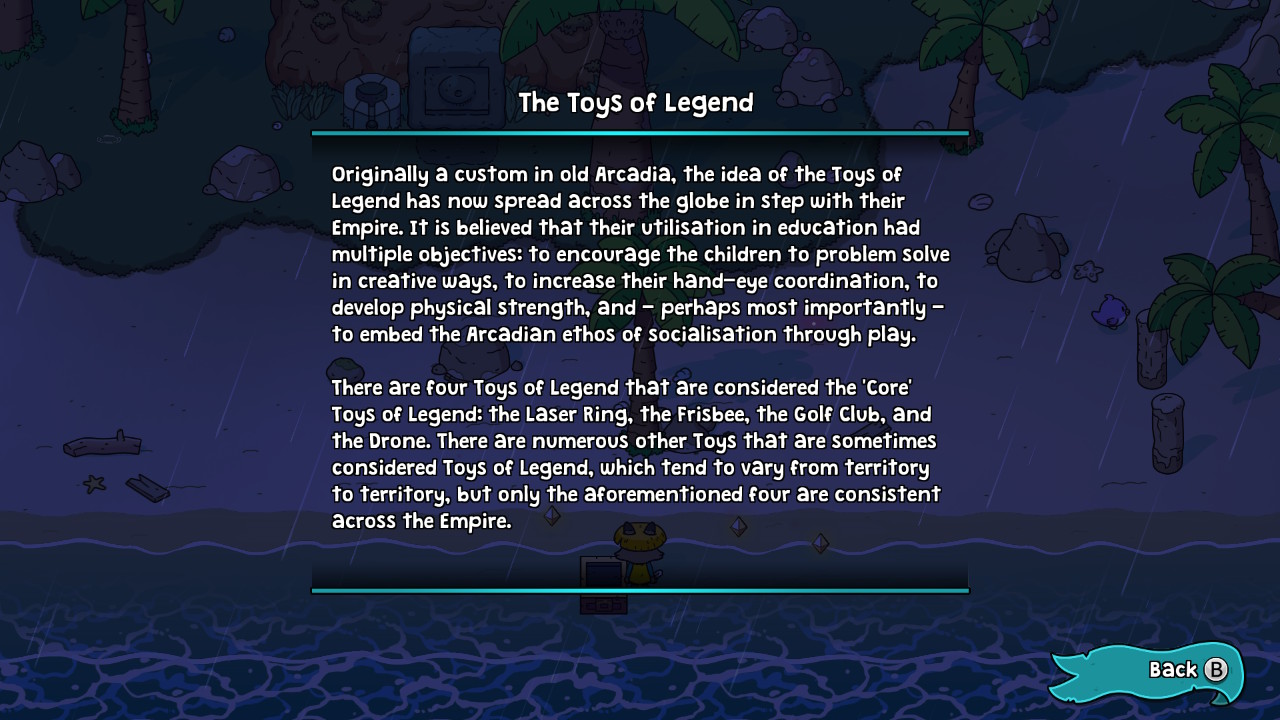