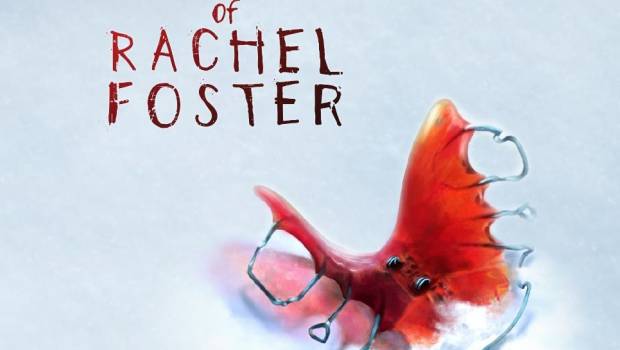 The Suicide of Rachel Foster Review

Summary: An interactive story telling with some minor gamer input. Flawed, but eclipsed by the story and enigmatic experience.

The title does say it all; we are dealing with a story about death. However the subject matter dives into an even deeper rabbit hole, as the story also deals with the ‘grooming’ of a teenage girl, an extra-marital affair and then, well it gets a little macabre from there.

This game takes place from the aftermath of the death of the father as shown from a letter and a funeral cinematic.

Coming back to the family Hotel after years, a strong-willed woman finds herself trapped with the ghosts from her past and a cellular telephone as the only way to unveil a terrible truth.

This leads the player to the hotel she now owns, where the horrible events took place; having not been there since, this is just a dreaded reminder for the player character, one that she would rather forget.

With strictly business on her mind, she must inspect the hotel as part of the process of selling it, until the phone rings.

This game takes place entirely inside the hotel, and at each stage the player character is free to explore the entire hotel, the painting on the wall and every other minutia of rendered detail. In a sense there is a similar play style to The Stanley Parable, although it is more linear in its nature and certainly does not reset or screw with your mind – in that respect.

Each of the 9 phases of the game is broken up into a single day, occurring over Christmas, take note of that because it is the first level of mind fudging (and replace fudging with a similar word you use when you accidentally hammer your fingers).

Each day involves some kind of problem to solve, which start out with the practicalities but soon escalate to some serious mind fudging. The story of the game forces the player character to start to look deeper into the suicide of Rachel Foster as well as analyse and assess the character of the players’ father.

The character ends up with three inventory items, a dynamo flashlight, a Polaroid camera and parabolic shotgun microphone, because – reasons. Now it is odd however that the polaroid is used for just one day and perhaps all of 10 minutes at most. 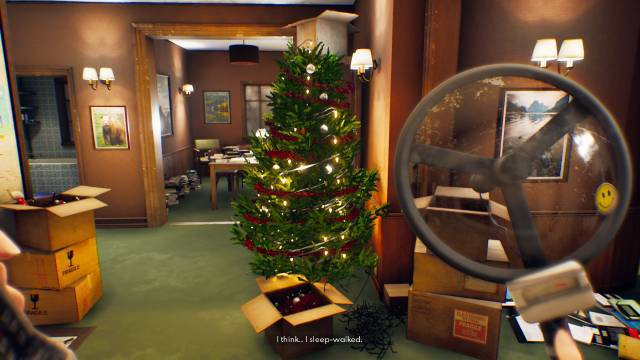 The bulk of the dialog and gameplay takes place via a phone call, which seems odd, but it is a useful story telling device.

The character can also ‘run’ however this should be considered to be a 15% speed increase at best, it is so much so, that the temptation to demand more from the controller than it is willing to give is strong in this game. This feature also only gets introduced part-way into the first part of the game which is almost equally annoying.

Finally, the player can look at objects, notable items contain a label on screen and actionable items can be activated with the ‘A’ button. That is essentially it; it is simple for anyone to play, including those with mobility concerns.

This game comes with a serious warning at the start. Paraphrased, it warns that the game deals with themes of death and grooming. So this game is perhaps not appropriate for young players, although the average teenager is likely to have a firm understanding of these concepts through education, films and media etc. So reading between the lines.. Unless there are specific reasons that this kind of content is more likely to affect the player, this game is unlikely to harm a person in any way, don’t stress, and make smart choices.

The lighting, the grandeur of the hotel and the constant tension and apprehension start the process of the mind fudge. It grows further with the phone call, the monologue from the player character and the level of her anxiety rising. It isn’t long before that feeling of anxiety can creep into and overwhelm the player, seriously. (Oh, and you absolutely must calibrate the brightness/contrast as directed, otherwise that’s cheating!) 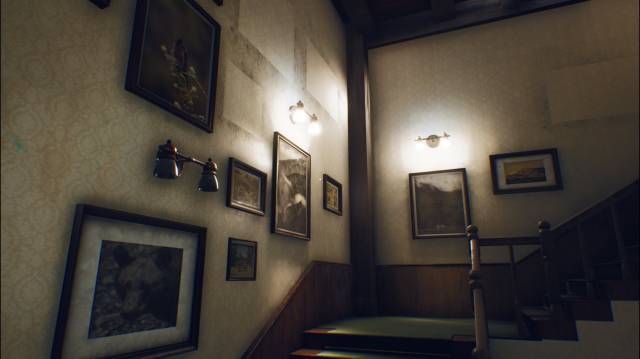 Every room of the hotel has splendid realism and details. The art team have been working overtime here. 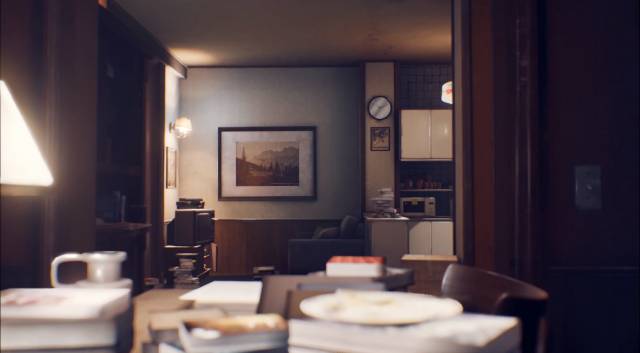 The master suite and the family home.

The story itself is winding, the hotel has a living presence and movement all of its own making, and at times the player character is in control and at times she seems to be and as the player will be – along for the ride.

The story of Rachel Foster will reveal itself, but it is likely that the player as well as the player character will get more than they bargained for. The ending reveals the truth, the motives, the who what where and when and the finale.

This game is a complete mind fudge, and an exceptional story and great take on this kind of game play. It is rare that games like this can be both macabre, unpredictable – especially at the end; and yet wholly enjoyable as a story.

However this game is, technically speaking, not a great game at all. On the basis that the game takes place almost entirely via phone conversation, which has the player simply watching dialogue on the screen, waiting for a conversation to finish before they know what to do, where to go. 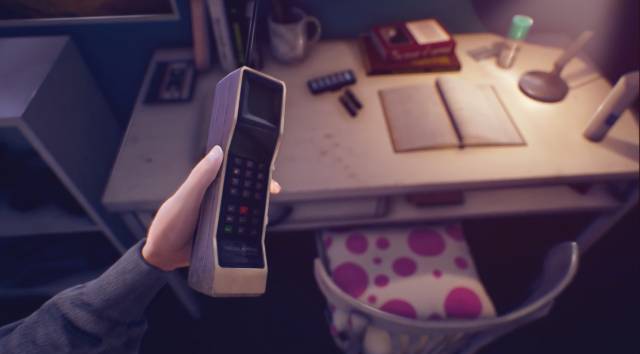 There are also the curious questions and limited use of the included items, which give a player hope that there is some activity in the game that would use the equipment in a serious way, but rather disappointingly only the dynamo flashlight passes the mark.

There are also some very minor bugs like activated areas that continue to present a label for items that have been removed, and labels for things that have no purpose which only serve to confuse.

The game forces the player to wander around the hotel desperately trying to make sense of things, at first thought this is ‘annoying’ but on deeper analysis, it is immersion; at least that understanding suits it better.

The fact of the matter is, this is a great game, purely because the story and sense of emotional resonance this game produces – far outstrips and eclipse any of the games shortcomings.