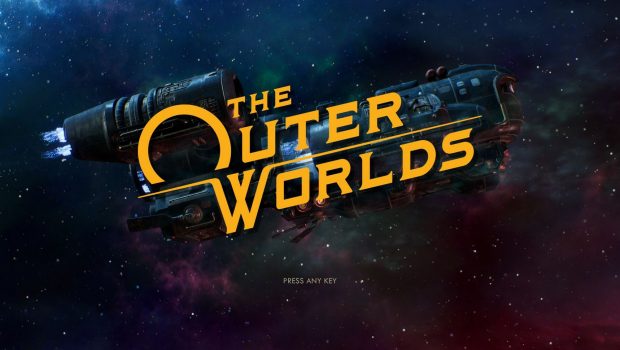 Summary: The Outer Worlds is one of the best games of 2019 and borders on almost perfect!

From the initial trailers and gameplay videos of The Outer Worlds, I was captivated, could this be the game to break my gaming drought? Would its developers Obsidian Entertainment create a true successor to the original Fallout series? Would it put Fallout 76 to shame? That answer to this would be yes and hell yeah! It would also set the benchmark on sci-fi RPG’s to come and more importantly, it would be a thoroughly enjoyable experience from start to finish and due to the story branching from all the choices you make, it would allow for additional run-throughs. It was the game I was looking for!

From a narrative, The Outer Worlds is a very well-written story which injects a healthy dose of humour into the game that for modern gamers would be reminiscent of the last two Fallout games with a touch of Borderlands and Bioshock thrown into the mix. The game is also set in the distant future that sees corrupt corporations and governments running the universe (well… the outer colonies) with their amusing propaganda and military force. Your time starts when are awakened from your colony ship and find yourself crashed on an alien world. It is here where you are recruited by a scientist to help lead the freedom of these outer colonies in the system of Halcyon. Needless to say, I was up for a challenge. 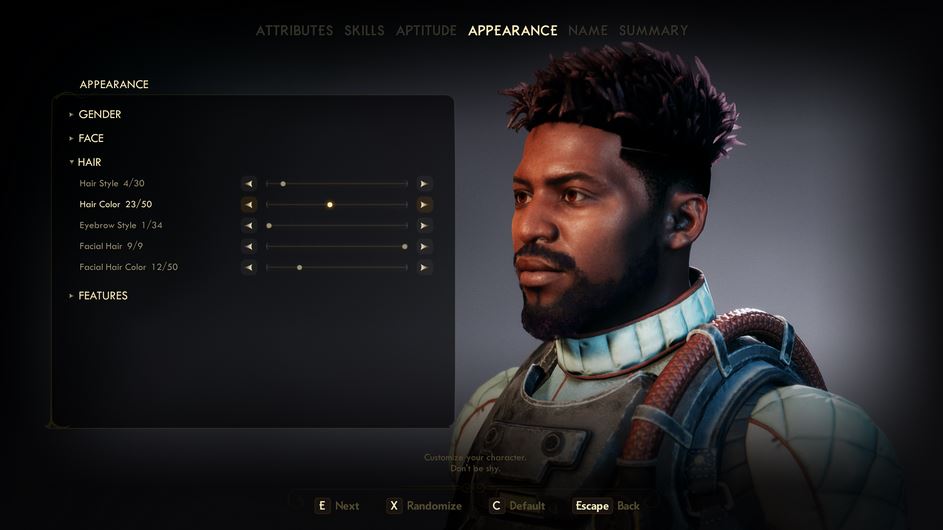 It also gives the gamer a considerable amount of choice on how the story will pan-out and while some repercussions are impossible to avoid which makes your decision ever so challenging, it’s these moments that make The Outer Worlds even more compelling. Thankfully you can “persuade” (and even bribe) some of the NPC’s you meet with a favourable outcome for your character… alternatively, you can go in with guns blazing. 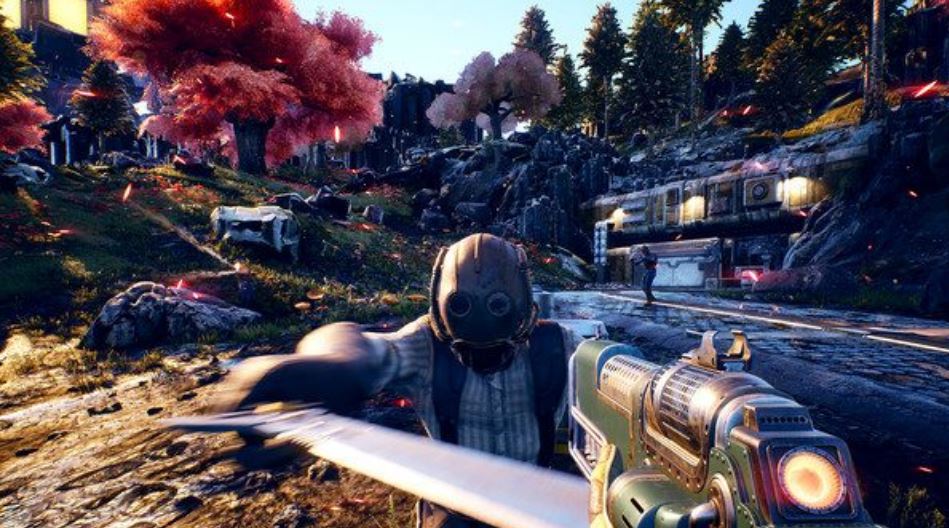 Add in some very interesting characters along the way, some who will try and exploit you plus lots of twists and turns and the story behind The Outer Worlds adds another level of complexity onto this game as a whole. If you want to go even deeper into the game, there’s computer terminals that allows you to access files or you can just talk to NPC’s and like the real-world, there are people that will give you the sh!ts, whereas others you will immediately gravitate to.

At its core, The Outer Worlds is an RPG which is more pre 2000, opposed to today but that’s another area where this game shines. The old school RPG system works really well in this title and before you jump into it, you must first tailor your character by tweaking your statistics and perks, what will be your initial focus on combat and generally who you are in this diverse universe, including gender and appearance. As some of the creators behind his game were involved in the original Fallout games, it’s easy to see where these parallels come from and more importantly, it is a refreshing one. 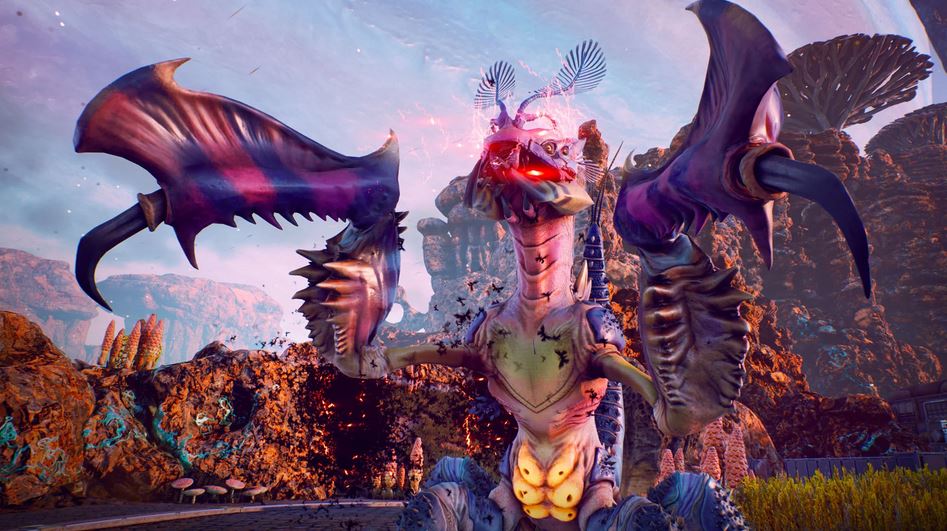 While you do grind in this game, it does not feel like a chore and even the game mocks some of the clichéd quests of finding an item for an NPC and then returning it. So The Outer Worlds may not take itself too seriously at times but at other moments, it becomes a deadly game of survival. Nonetheless, you can follow the main quests to complete the game but if you want to truly immerse yourself in the title, sometimes going off the beaten path will lead you to some interesting surprises and maybe even better equipment.

The combat in the game is great and whether you are using melee or ranged weapons, everything feels quite flawless in terms of the mechanics. You can swap between weapons during combat, access items that will power you up or replenish your health to help keep you alive. In other words, there’s plenty of ways to find a victory. 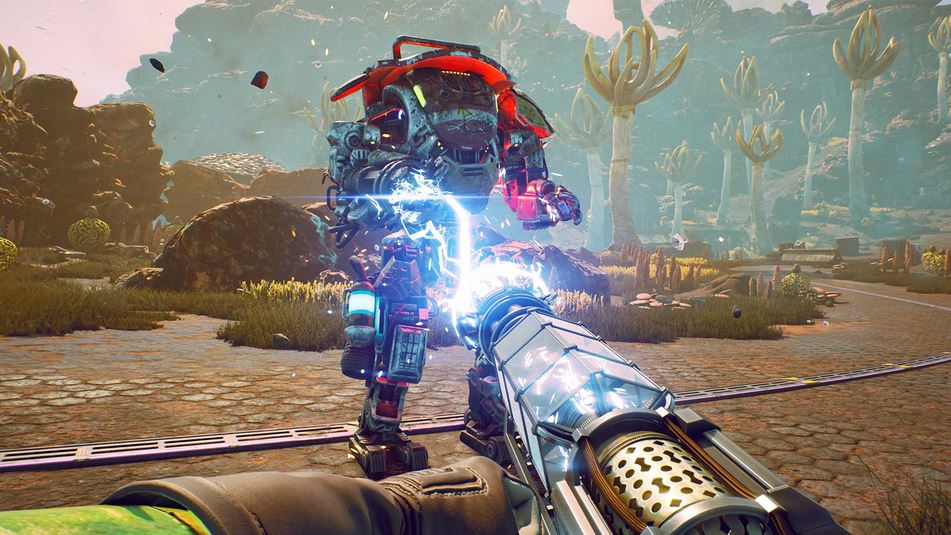 Depending on what level you play, this will give you a real challenge or you can just complete the game from a “story” focus with easy combat. Also due to your time in hibernation, you have access to a power called Tactical Time Dilation that is like bullet-time from the Matrix and allows you to slow down time in order to perfect your combat such as hitting enemies in critical areas to incapicitate them faster. Add in dodge and block mechanics plus using the environment to your advantage and The Outer Worlds boasts a very sturdy combat system… there’s even an awesome shrink ray!

When it comes to equipment, there’s plenty to be found and sold in The Outer Worlds, including upgrading items. My favourite weapon of choice was my totally “bomb” plasma rifle that with its upgrades allowed me to kick some ass as it disintegrated my enemies by burning them to a crisp and then leaving a pile of ash. Furthermore, defeating enemies, completing quests and even finding things like vending machines (which allows you to buy/sell), it rewards the player with experience points to level up and then you can allocate points to particular skill or perk. 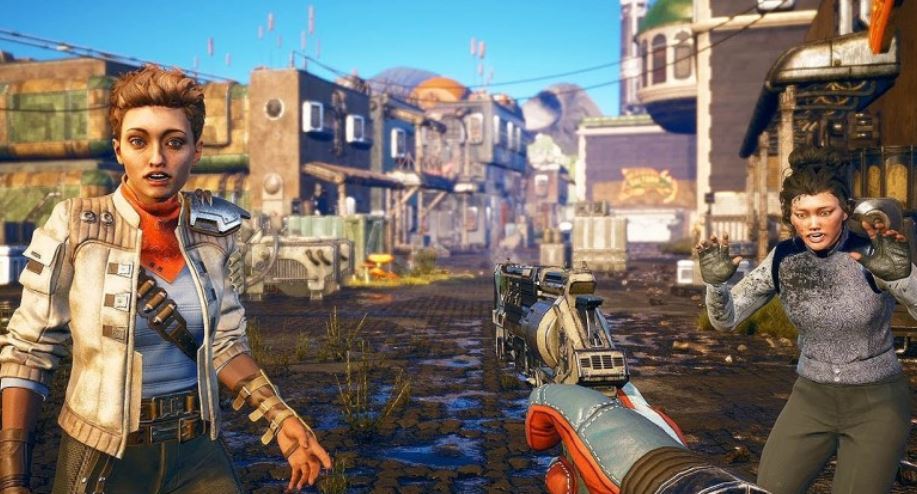 You also have companions that actually do work for you in terms of combat (some basic squad mechanics) and you can help them “level” up as well. Lastly, you can recruit up to 6 companions to help you along the way or just play solo but these guys became like family to me and their stories were equally as fascinating as some of the main characters that you encounter. All in all, The Outer Worlds produced some excellent gameplay and story. 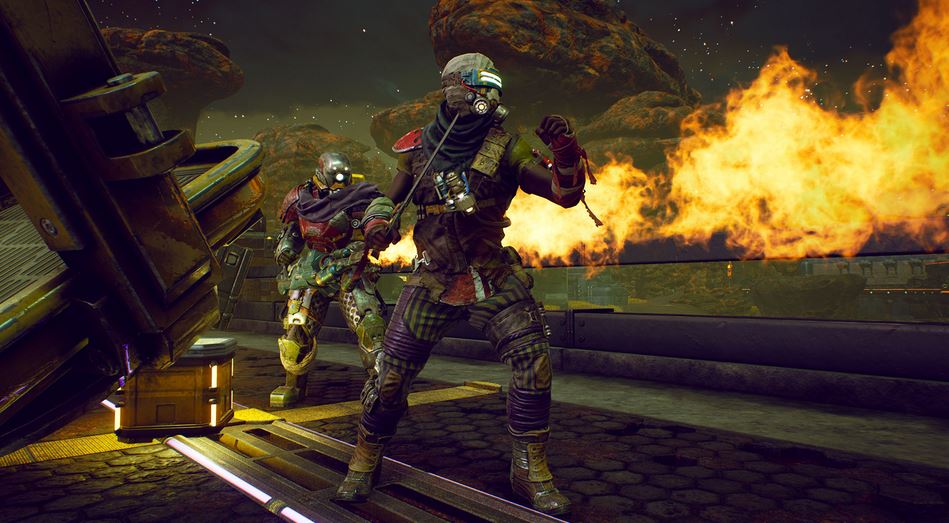 Graphically The Outer Worlds looks spectacular on the Xbox One X and I mean SPECTACULAR! Each world or space location that you visit is quite different, including a variety of alien life. The attention to detail is amazing and that’s everything from the dirt, all the way up to detailed mountains and corporation run cities. The colour palettes are also quite different and with that said, it feels like a more realistic and detailed version of No Man’s Sky, whereas the cities have that almost 60’s inspired sci-fi feel like Bioshock.

While I have mentioned a variety of games, The Outer Worlds is its own game but I’m just trying to set the scene of what to expect and if you’re a fan of sci-fi RPG, particularly in a dystopian future, I don’t believe you will be disappointed at all as the world building here is unparalleled. Supporting the graphics is the excellent audio from the soundtrack, background ambience and voice acting, it all comes together nicely in The Outer Worlds. 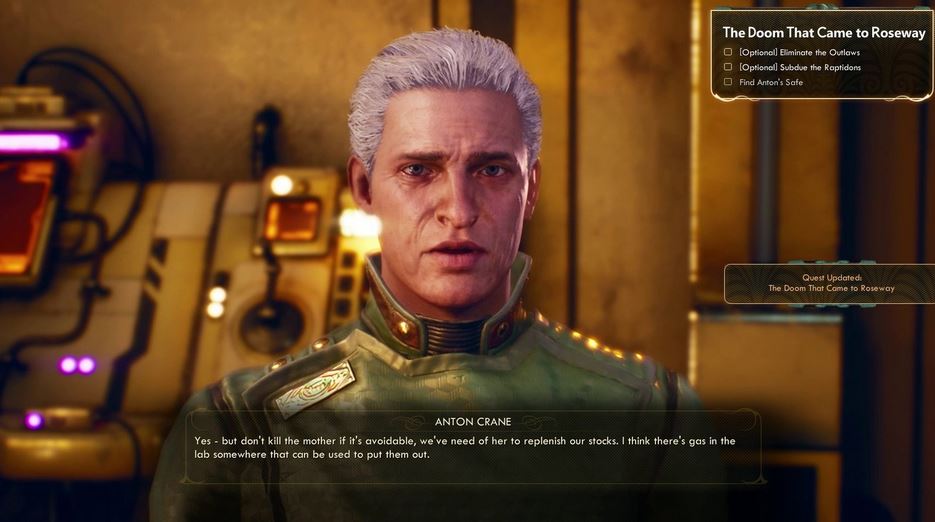 Although a crazy YouTuber has apparently completed this game in 25-minutes by just running, to really enjoy the atmosphere and gameplay, it will take around 30 hours to successfully complete that will allow you to not only immerse yourself in it but enjoy it. The game also gives you a nice recap at the end that serves as motivation for another play in order to see different endings.

In conclusion, The Outer Worlds is one of the most enjoyable games of 2019 and if you love RPG’s, this game ticks all the right boxes. Excellent gameplay, albeit slightly repetitive, brilliant world-building and graphics/audio to die for, The Outer Worlds should definitely be on your gaming radar! 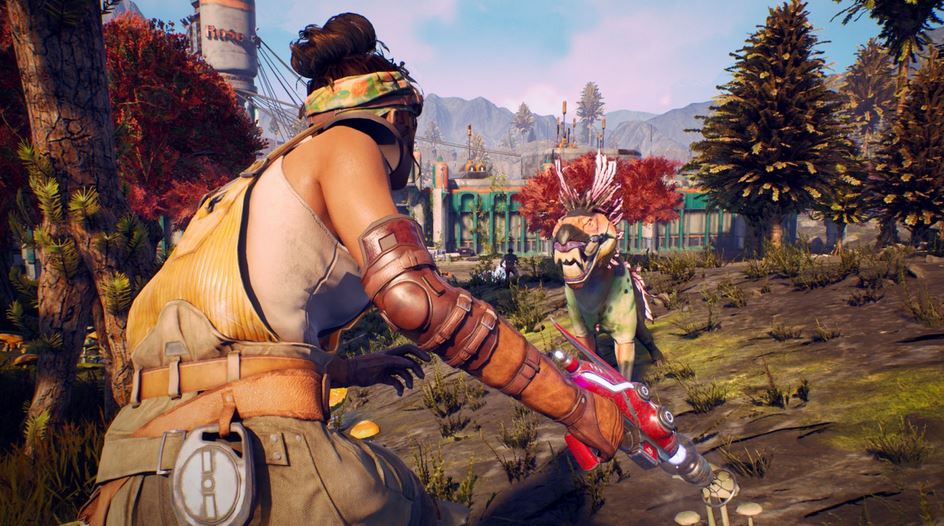