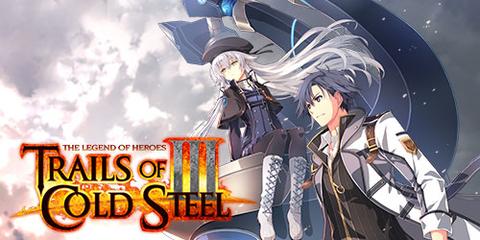 Summary: Absolutely essential if you're a fan. If you've never played a Trails game before, you might want to consider starting at the beginning. Or reading a lot of plot summaries.

The Legend of Heroes: Trails of Cold Steel series is the JRPG fans JRPG. Sales and press coverage wise it may fly under the radar, but fans swear by the long running series. That might be because it packs just about everything a JRPG fan could want into a game. You want an epic story? How about one that spans multiple games, each taking around 100 hours to beat? Do you constantly debate whether Final Fantasy, Persona or Suikoden are the best RPG series of all time? How about a game that crams in mechanics of all three? The latest in the series Trails of Cold Steel III, continues in this vein. It is in many ways a superb title, but also maybe one of the most inaccessible games of the past few years. 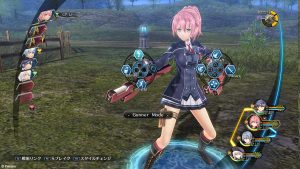 Trails of Cold Steel III is a direct sequel to Cold Steel II, taking place around a year later. You still play as Rean Schwarzer who is now famous for his heroism in the previous two games. This time around Rean is no longer a plucky student. In Cold Steel III Rean returns to school to teach the very same class he was once a student in. Cold Steel III introduces a brand new expansive cast of students, and brings back a number of familiar faces in surprising ways.

Many will falter right at the start of Cold Steel III. No matter how good it is (and it really is quite good), the sheer volume of story, characters and world building will overwhelm first timers. If you are at all interested in the series I highly recommend starting at the first in the series and playing through them. If it sounds like a lot to play 200 hours preamble just to get to this game, the Trails series probably isn’t for you anyway. 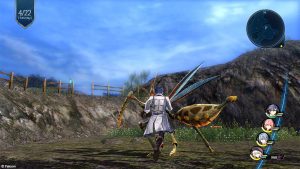 Cold Steel III does its best to appeal to newcomers. When meeting characters from previous games it usually mentions that they usually have a pre-existing relationship with Rean. The first few hours are also full of references to events from the past game that give you a fairly accurate, yet incomplete knowledge of events. It does make the first few hours a bit of a chore to be reminded that Rean is the Ashen Chevalier and that most people think he’s a big hero. For seasoned veterans, the wonder of being in the world and seeing familiar faces in different roles can push past this. For newcomers, it’s just a lot.

The game also has extensive history about previous games in its menu. It has everything from the story, to character profiles to information about the world itself. The depth of information is staggering and it’s nice that the effort was made to help players understand the rich history of the franchise. However, in execution it’s just… a lot of text. Some parts have visuals to accompany them but they are mostly uninteresting. A motion comic like that in Mass Effect 2 could have gone a long way, although who knows how they’d cram all that story in. 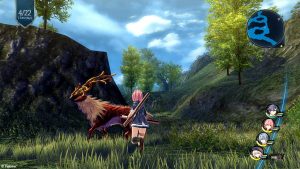 Those familiar with Trails or those who push through will be rewarded with a rich story, full of nuanced characters. It takes a while to get going but the second half in particular is packed full of shocking reveals that will almost certainly provoke a reaction. It is ultimately incomplete. As Cold Steel IV is the concluding chapter fans will have to wait to find out what happens to Rean, but the ending packs enough of a punch to convince people that the next intstalment will be a must have.

Gameplay wise there is a lot to love here as well. Cold Steel III has so many great ideas packed in to it that playing it can often feel overwhelming too. Most days are divided by spending time at the school campus and going on missions. School life plays out remarkably similar to Persona. Days have blocks of free time that can be spent socialising with teachers, students and undertaking side quests. There is a whole lot to do and discovering the backstories of various characters is intriguing and adds another layer of depth to the game. 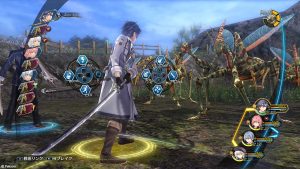 Combat is great too. It’s yet another area of the game that manages to chuck a whole slew of features together that somehow form a cohesive whole. There’s movement, link based attacks, squad orders, weakness exploiting and staggering via the new break gauge.  There are a lot of moving parts but it works a treat. Spamming the attack button is not an option, and most battles will require a certain degree of thought.

It’s a shame that the dungeons which contain most of these battles are a bit drab. The textures look flat, and the design is often tedious. It’s a shame considering the amount of content that is packed into the game.

Presentation wise there are misses and hits. On the whole Cold Steel III is not a bad looking game. The characters are detailed and the towns that you can explore look great. The aforementioned dungeons are mostly bland and a lot of the animations are quite stiff. Voice acting is more often hit than miss, which is great for such a large cast. The soundtrack leaves a lot to be desired, failing to live up to the other tentpole franchises of the genre. 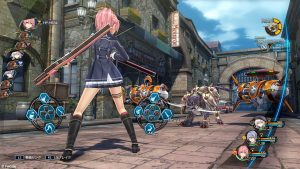 Trails of Cold Steel III is a lot of game. It’s huge and there is absolutely loads to do. The fact that so much of it is enjoyable and engrossing makes it easy to recommend. However, the fact still remains that if you haven’t played the first two games your enjoyment will take a hit. Fans of the series have another must buy on their hands. People who have never played a Trails game before would be best suited starting at the beginning.