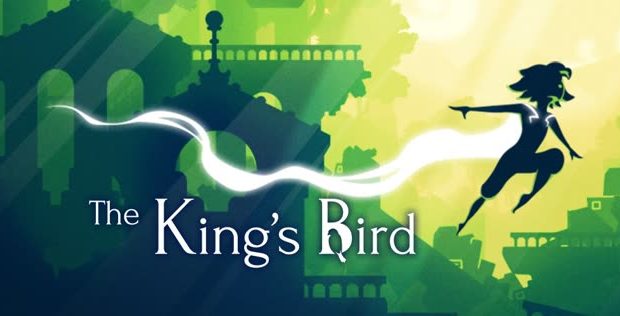 Summary: A beautiful game marred by repetition yet incredibly playable.

The King’s Bird is one of those games that will drag you into a mesmerising world, but it might also spit you out rather harshly. This game is a precision platformer that will see you moving around a beautiful world rather effortlessly as you fly/glide and generally make your way through the game and its rather limited story. 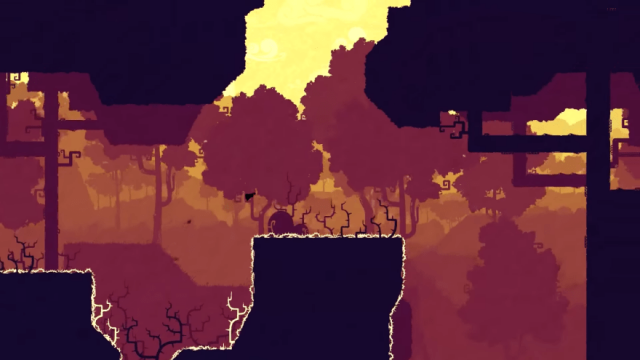 The title takes place within a 2D space, with your character being a young girl that is a silhouette. Early in the game she encounters a guard of some sort and they argue. It is very well done; there is no speech per se however when they speak it is done with musical notes that enhance the serene experience the game wants to present initially. Each character has their own particular sound that you will identify with them. I was really impressed with this facet of the game. By setting dialogue with tone anyone can play regardless of what language they speak. Don’t be fooled by this! It is a tough game and actually very unforgiving. Sometimes too much so to be honest, and considering the title gives you next to no assistance as to what sort of direction you should be travelling, the peaceful nature of the environment and soundtrack will eventually dissolve to frustration. 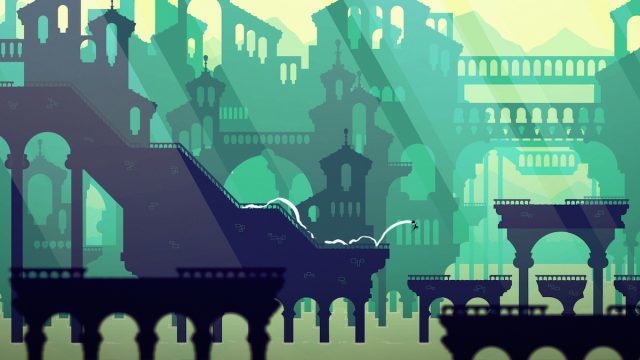 In terms of appearance The King’s Bird is utterly beautiful. The foregrounds are encased in shadow with colours fading in the distance. It’s both vibrant and muted at the same time. I adored how this game looks. It really has a unique look. Each level has it’s own unique colour scheme that lets the player know they’ve entered a new area which is fortunate as it is here that the game shows lack of imagination. Being a puzzle type game, albeit with movement, it is very “samey”, and the colour transition is sometimes all that tells you that you’re done with an area. The solving of areas is also highly repetitive with little changing up to enhance the experience.

The movement of your character through these levels however does a lot to make up for the lack of change. She darts and flits through the levels effortlessly and it is awesome. She has the ability to wall jump, dive, glide and build up momentum to reach high areas. The gliding is smooth as silk and done right makes you feel like you are truly flying.  Add this to the fact that you are working your way through such beautiful level design, and if you’re like me you will spend a lot of time just flitting about just appreciate how good it all comes together. 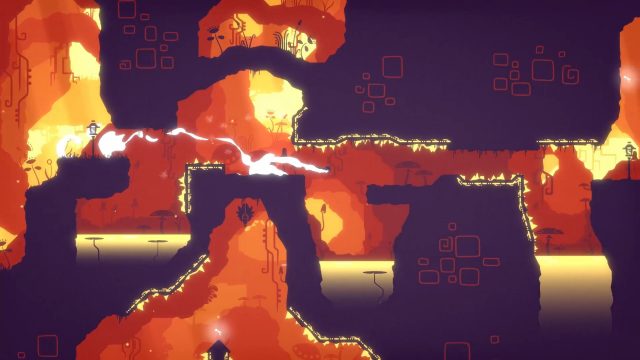 I must admit this is a mixed feelings review so forgive me if it feels disjointed. I guess the easiest way to wrap it all up somewhat cohesively is simply this. I really enjoyed this game but its repetition and lack of communication with the player ultimately frustrated me personally. That said, it is so gorgeous to look at and control I would play it again. Crazy huh?