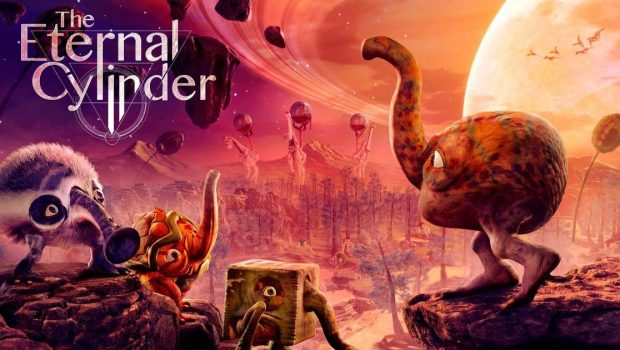 Summary: The Eternal Cylinder is a truly wonderful story housed in an average presentation and gameplay package.

Well, I’ll say this about ACE Team’s The Eternal Cylinder: it’s easily one of the most unique games I’ve ever played.

The world of The Eternal Cylinder is a science fiction fan’s dream. A bunch of Q-bert looking dudes named ‘Trebhums’ find themselves lost on an alien planet where every wrong turn brings danger and death. Most ominous of all – per the game’s title – is the ‘eternal cylinder,’ a continuously rolling object of doom that destroys all in its wake.

Trebhums must find shelter from the cylinder in temples and shrines, these structures featuring puzzles solved by said Trebhums upon assuming certain abilities. The abilities – often uniquely suited to a specific Trebhum type – are unlocked by consuming specific items (mainly fauna and flaura) found within the alien planet’s different environs. 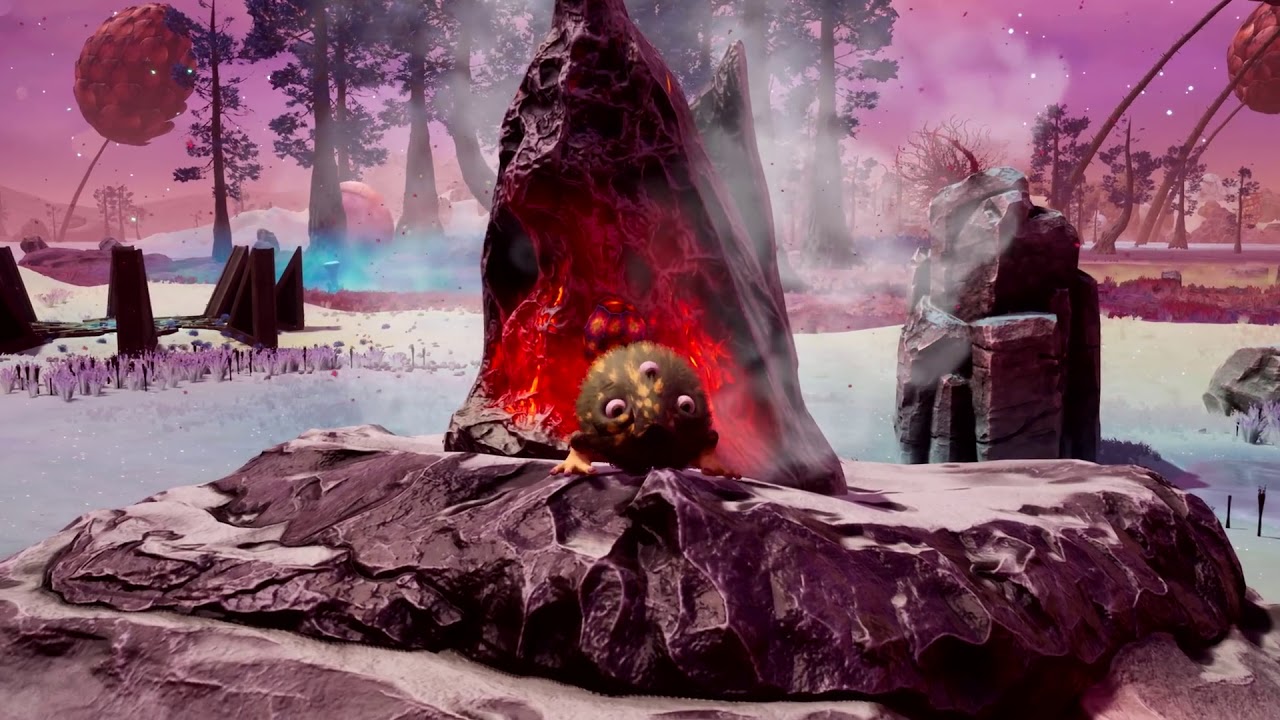 As specific Trebhum’s match certain items, finding other Trebhums to join on the journey are a must. Buddies can be uncovered in eggs and/or just lying about. Each Trebhum’s name is fully customizable, with all core abilities upgradeable (via trading in crystals) at specific shrines.

Unlike most games where switchable NPCs quite stupid when not manually controlled, Trebhums are pretty savvy little buggers. They’ll default to mimicking actions of the lead Trebhum, to include rolling away from danger, spraying water (from their large snouts) on objects and enemies, and jumping across platforms. Not once did poor programming (outside of phantom textures that shouldn’t have been there, period) did an AI-controlled Trebhum bog me down. Well done, ACE!

Related and stated, Trebhums can naturally shoot water (as a core ability), and they must be regularly hydrated to sustain this ability. Similarly, Trebhums must locate and consume food to keep stamina going. Failure to do so means the eternal cylinder will inevitably find the tired Trebhum/s…and game over for that little dude. Downed Trebhum’s can thankfully be revived with aforementioned crystals, thus there’s always a chance to save your favorites of the batch. Still, The Eternal Cylinder’s fantastic autosave dynamic makes it a snap to retry a specific portion if/when overwhelmed. 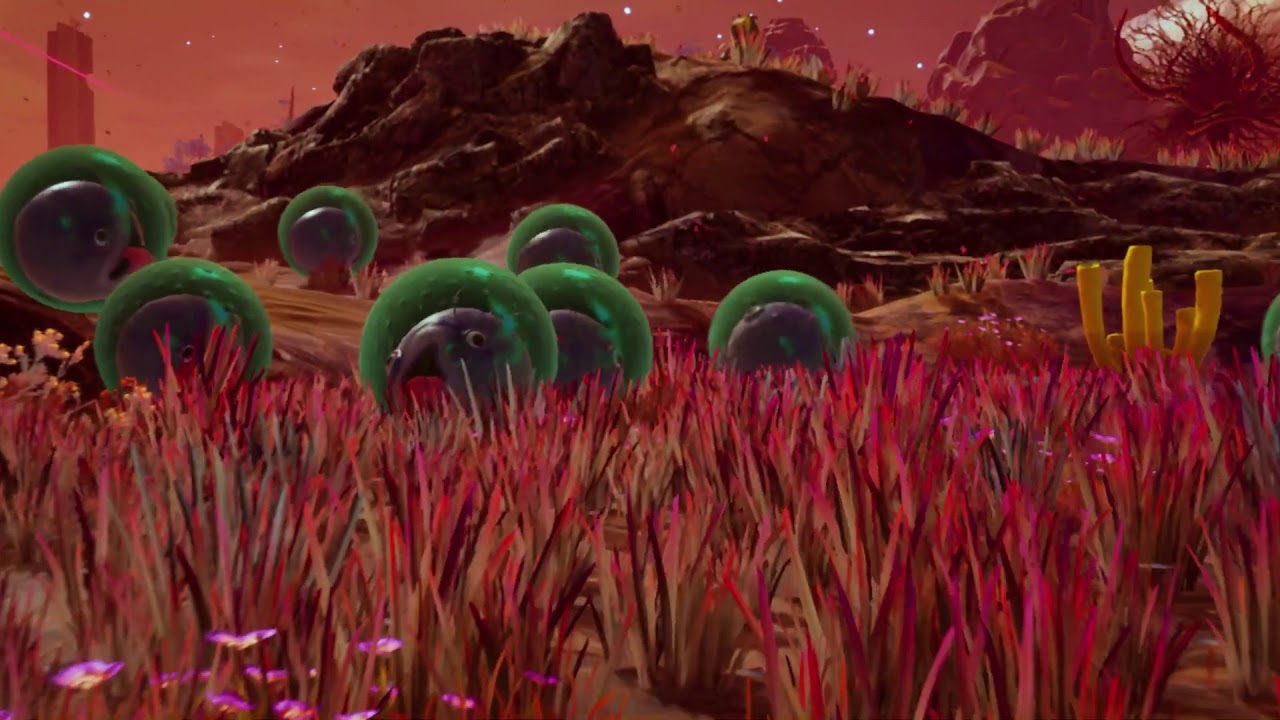 Another clever aspect of The Eternal Cylinder is its narrative approach, one reminiscent of Moss.  Thus, and while The Eternal Cylinder is a game in its own right, every action is tied to enacting what a god-like narrator just described. This creates a beautiful storytelling dynamic, essential as the game would likely otherwise struggle within such a complicated picture.

The Eternal Cylinder – as a proper game – sadly and unfortunately doesn’t offer too much depth. While a fantastically original premise, The Eternal Cylinder is very much running away from said cylinder, gentle puzzle problem solved via assuming new forms, and keeping stamina and water levels going by eating/drinking stuff.

Also, a fair bit is seemingly lost in the downgrade to PS4 from PC. In comparison to the latter, PS4 textures are quite bland, Trebhums and what should be fairly lush environments are all visually watered down. As so much of The Eternal Cylinder nested in storytelling, losing this graphical fidelity diminishes quite a bit of experience. It makes Trebhum’s appear less unique, and the alien biome environments less engaging.

Moreover, The Eternal Cylinder is seemingly screaming for multiplayer. It’s only logical to have a Trebhum party manned by different individuals, each with acumen on how to maximize a Trebhum type and supporting abilities. Much like The Avengers, single player, frequent switching of party characters to complete tasks is perhaps the worst way to play this game type.

It’s hard to really put a label on The Eternal Cylinder as its seemingly aspiring to be an experience than traditional game. The Eternal Cylinder’s storyline and narration certainly hit all of its marks, but execution significantly diminishes from what could’ve been substantial immersion. I just can’t see many players wanting to see this one through, except those truly married to the great tale being told.

A wonderfully unique experience housed in an average game, The Eternal Cylinder tells a strong tale but executes it in a pedestrian way. Play it for the story, not the gameplay.