Clear your hard drive (because the download is a monster), clear your schedule (because the amount of content is monster), and clear the world of monsters (you know.. because their monsters), and get ready for the latest chapter of Bethesda’s affiliated ZeniMax Online Studios’ award-winning massively multiplayer online role-playing game (MMORPG), The Elder Scrolls Online (ESO). 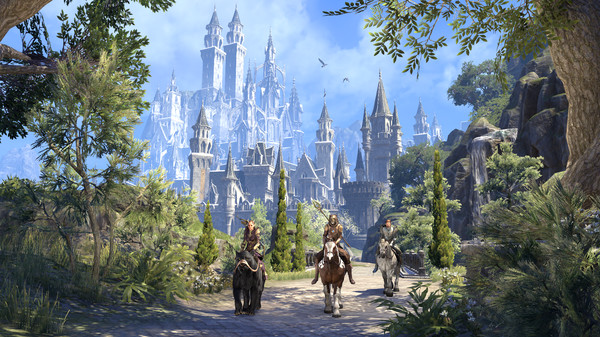 The Elder Scrolls Online: Summerset is the latest chapter in the popular video game series. Set in the Summerset Isle, the ancestral home of the High Elves, you will be greeted with glossy buildings, clean streets, flowing robes and pointy ears throughout your adventures. You will also explore the island of Artaeum, which is home to the ancient and mysterious Psijic Order.

The area to explore is big (with a new zone added), the amount of content is big (with a new storyline and skill line added), and the depth of the realm is amazing. The age of the series is evident with layer upon layer of storyline available for players to explore, with as much ‘lore’ as you could ever imagine. However, the age of the series also shows up in the graphics engine, with the scenery and characters (especially the NPC’s) looking tired and outdated as the engine shows it is coming to the end of its life. 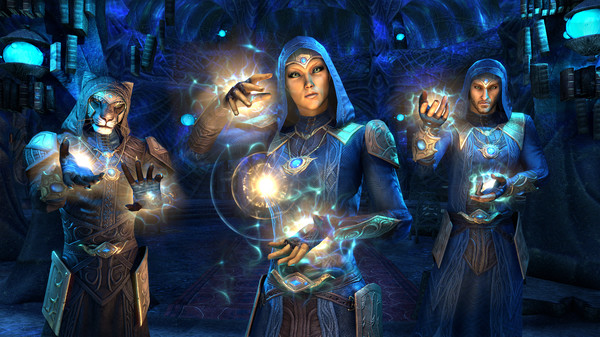 Pleasingly, the enormous world which has been created is treated as just that, with players free to explore at their own pace (or peril) and move about the world and story as they see fit. The well put together background music helps us feel free to get caught up in side quests, levelling up our guild (fighter, mage, thief or assassin), become a master jewellery maker, or simply chase butterflies in the field if the main story becomes a chore.

The main quests and side quests make a valiant attempt to be more than your standard ‘get 10 of these’, ‘kill 5 of those’, ‘go to this dungeon because some bad guy is there’. But in an attempt to make interwoven narratives you end up shuttling back and forth between random characters in random locations to hear the next piece of the ‘story’. This becomes quite painful as the world is so big it takes you a while to move back and forth, and with average voice acting (sometimes changing mid discussion), and plain looking characters you will find yourself just clicking through things as fast as possible. I never felt ‘committed’ to the story, instead I just wanted the rewards, and often let out a loud ‘uggh’ as I had yet another person to visit before the story was wrapped up. 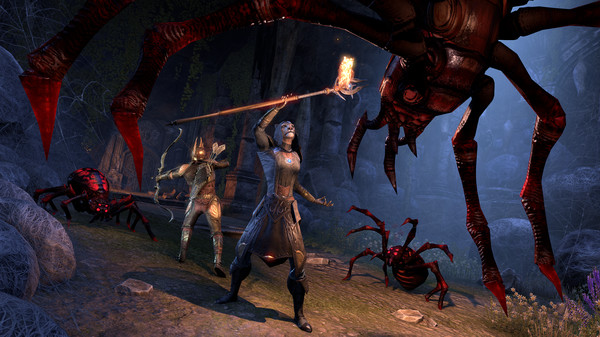 The online multiplayer aspect gives players the ability to share the world with either friends or random strangers, which can be equal parts cool and annoying. For example, a bunch of strangers will often find themselves in the same place to kill certain bosses or get through certain dungeons, which gives a nice sense of comradery. However the negative side is when you find yourself alone the difficulty spikes in certain areas can be immensely frustrating and I found myself more than once cowering in a corner hoping for random people to show up to help with a certain boss.

For new players like me to the franchise, purchase of this chapter grants you access to the entire series, which for the amount you pay is an incredible amount of content. The enormous world and endless options for this expansion make it a must for any MMO fans. The variety of storylines, character development options and size of the world will certainly allow you to find something to amuse yourself with. However, the world itself isn’t amazingly compelling, and the graphics, NPC’s and voice acting will leave you underwhelmed. But for a RPG where you can literally do what you want, the trade-off is acceptable. So strap on your wand, sword, dagger, shield, or bow (you get the idea) and explore an in-depth world in any way you want to.