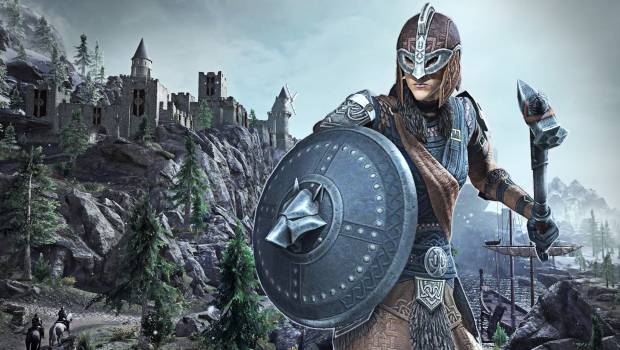 The Dark Heart of Skyrim beats from the depths in The Elder Scrolls Online: Greymoor. Explore the snow-swept region of Western Skyrim and face an ancient vampiric army as part of a year-long gothic adventure.

Welcome back to Elder Scrolls Online with the new Greymoor chapter as players venture to Western Skyrim were they face an ancient army called The Gray Host that is led by a nefarious Vampire Lord who threatens the very fabric of the world by creating powerful Harrowstorms that destroy the living. It’s a classic story of good vs evil and a much needed expansion of this series.

Dubbed as the “dark heart” of Skyrim, these lands known as the Nords add a dangerous and exciting new area to the Elder Scrolls Online (ESO), including familiar locations for fans of Skyrim (The Elder Scrolls V: Skyrim) such as Morthal and the legendary Dragon Bridge. While some of the heroes of ESO join the players, you will also be joined by Fennorian, a vampire from Ravenwatch who rallies to your cause. 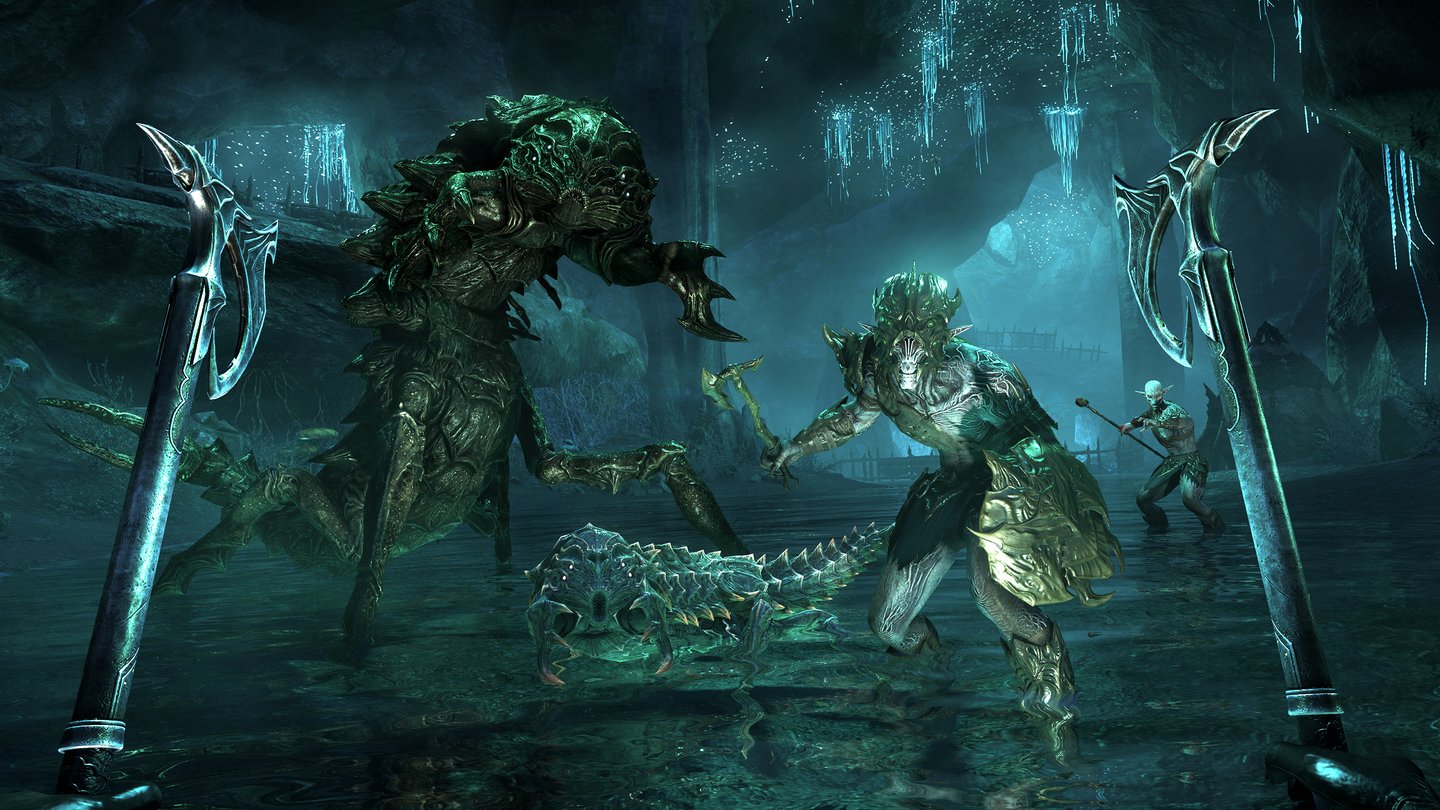 Additionally, there’s plenty of multiplayer fun to be found in the game from trials to new bosses that must be completed with others. Another tweak to the system is the inclusion of the antiquities skill that adds a touch of archaeology to ESO as you search for ancient artifacts and who knows, you might even find some impressive gear along the way as well where you channel your very own Indiana Jones! The vampire skills have also received a slight makeover in order to make them more powerful, however there is a balance as well. 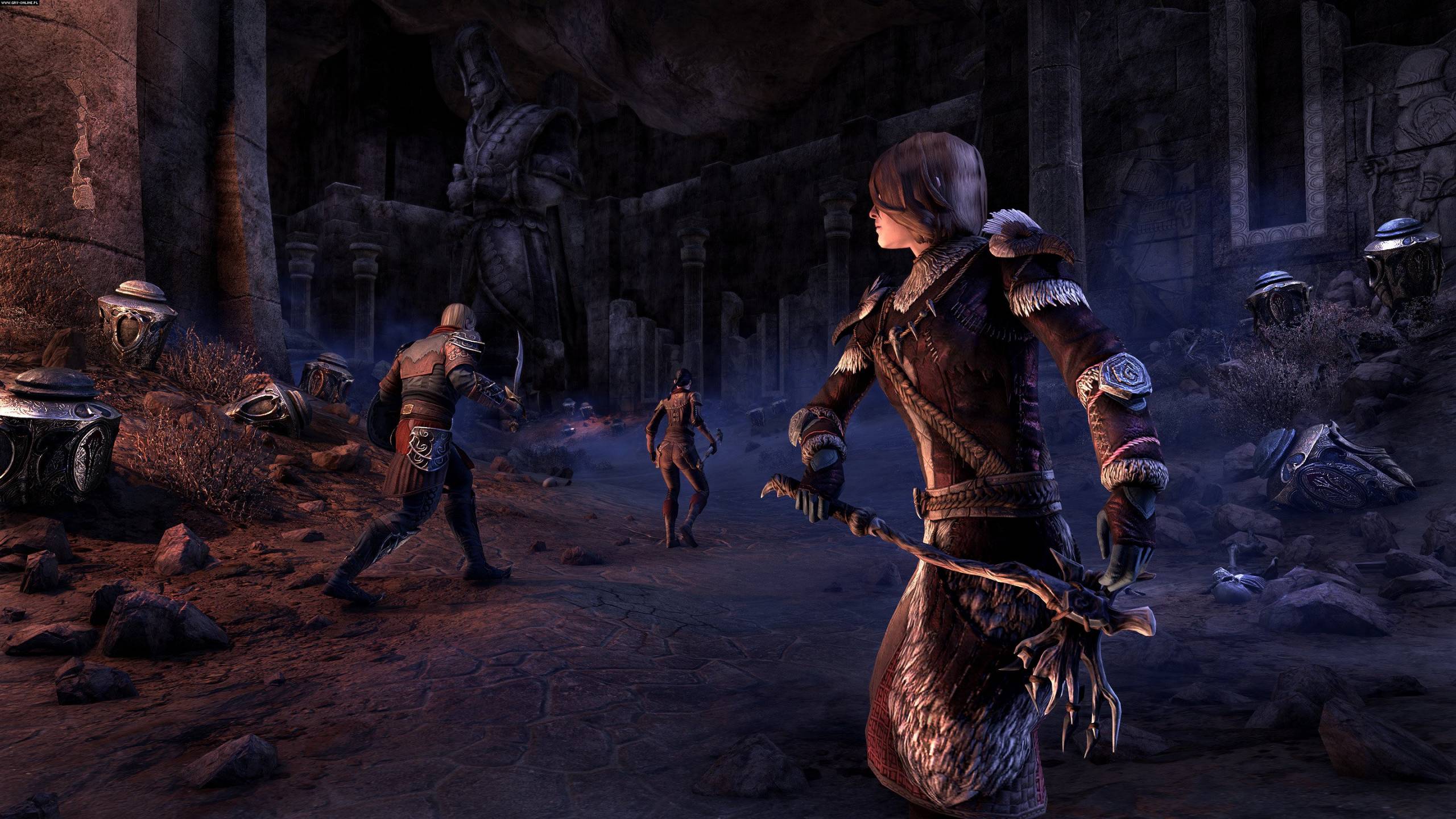 At its core, this latest expansion for ESO takes the excellent game mechanics from this franchise and creates a new area that is filled with new allies and foes with seven interesting and exciting chapters. While you can follow the main story that revolves around the Vampire Lord, there is a considerable amount of side quests which greatly increase your game time and after defeating the main villain, I really enjoyed interacting with the good vampires of Skyrim, including fighting some of the darker enemies like witches and werewolves or those crazy zombies running around like, well, madmen! Thankfully the story is presented well and helps draw you into this new expansion, especially if you’re a fan of the series. Sure the villain is cliched and a little (yawn) but most villains generally are in this fantasy genre. 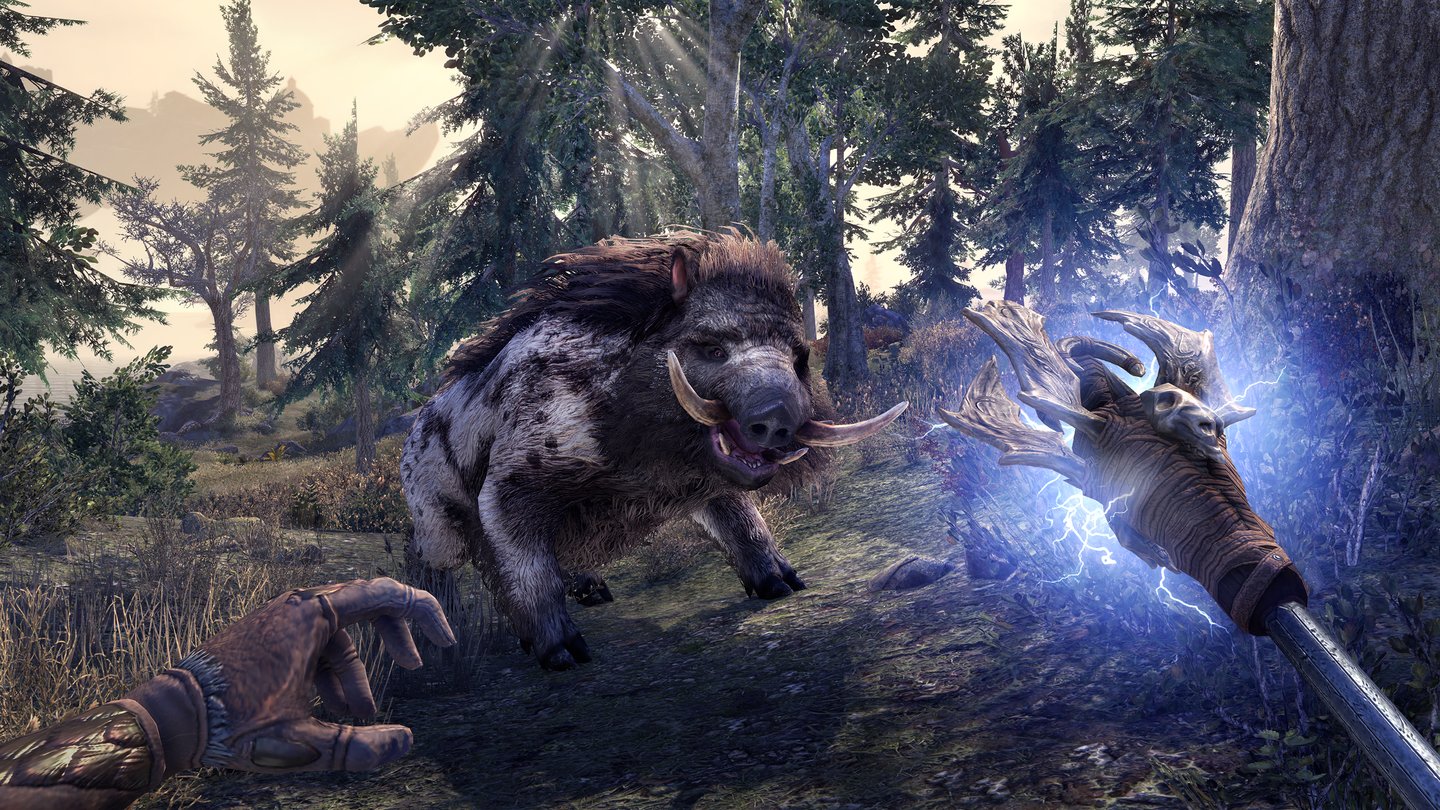 Graphically, this expansion looks fantastic on the PS4 and considering the age of the engine, it’s still impressive to say the least, particularly its vast open worlds and the city of Solitude which looks spectacular. Then you have the area of Blackreach that has been infused with fantasy and Gothic influences. Audio is equally as good that really helps you get lost in the game, especially when matched with the great voice acting, particularly Jennifer Hale who plays the hero Lyris Titanborn and of course the cliched yet soothing soundtrack. 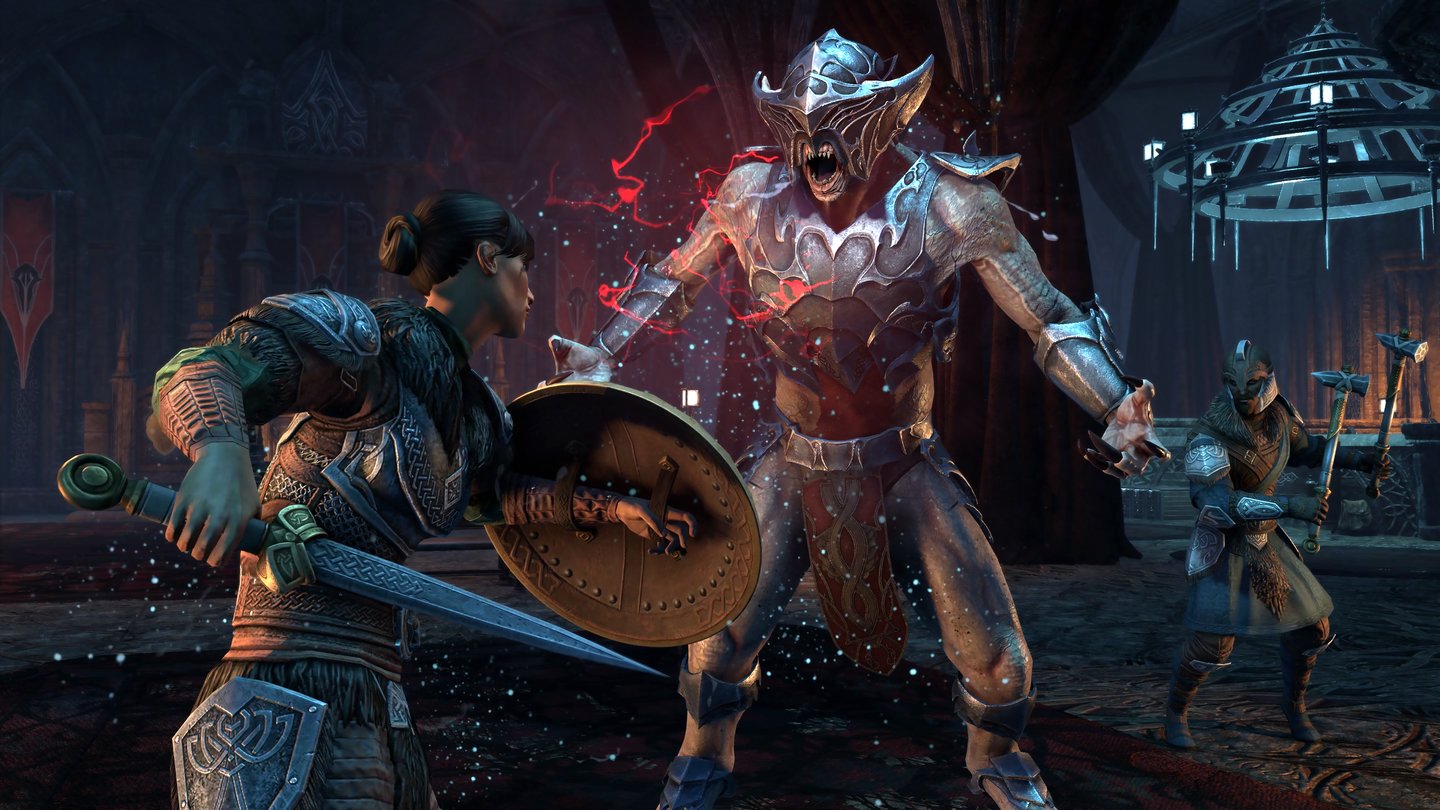 If you’re a fan of ESO, then the Elder Scrolls Online: Greymoor chapter will add a much needed area into this vast world that boasts some graphically impressive places that really makes you wonder at the marvel of Skyrim. While the main story is quite cliched, including the villain, there’s still plenty to find, fight and do along the way with engaging NPC’s, clever enemies and more exploration then you can poke a sword at. Furthermore, the main game may take you around 15 hours to complete but if you invest in additional exploration, you could easily double this time and then some! 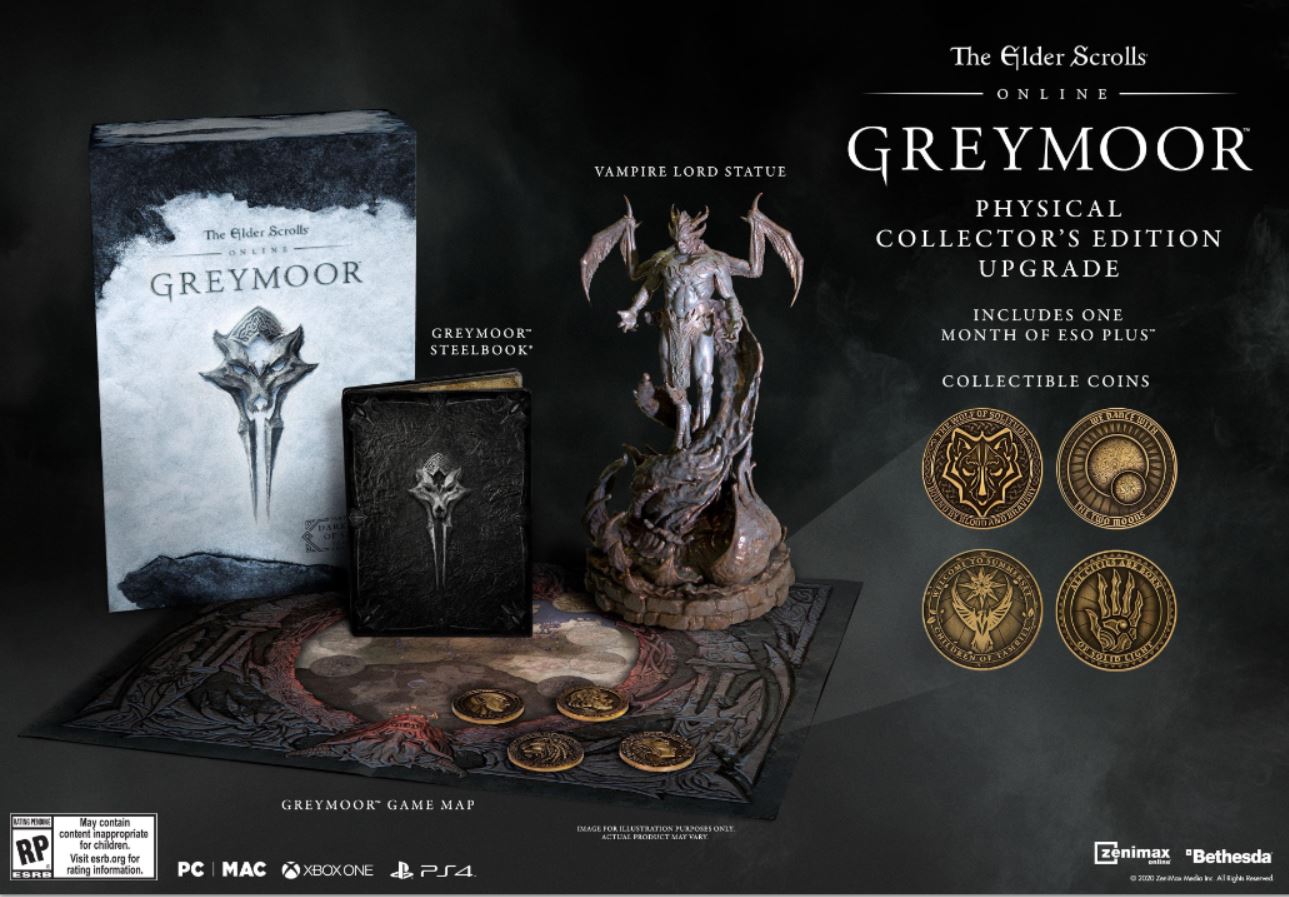 Lastly, there’s a collector’s edition of this game which features a wealth of both physical and virtual bonuses. The Vampire Lord Statue which comes in the collector’s edition is to die for! The attention to detail on this statue is great and will definitely be your next statement piece! Needless to say, it’s quite a well presented bundle and you also get the equally cool pet called the DeathHound.

Definitely one for fans! 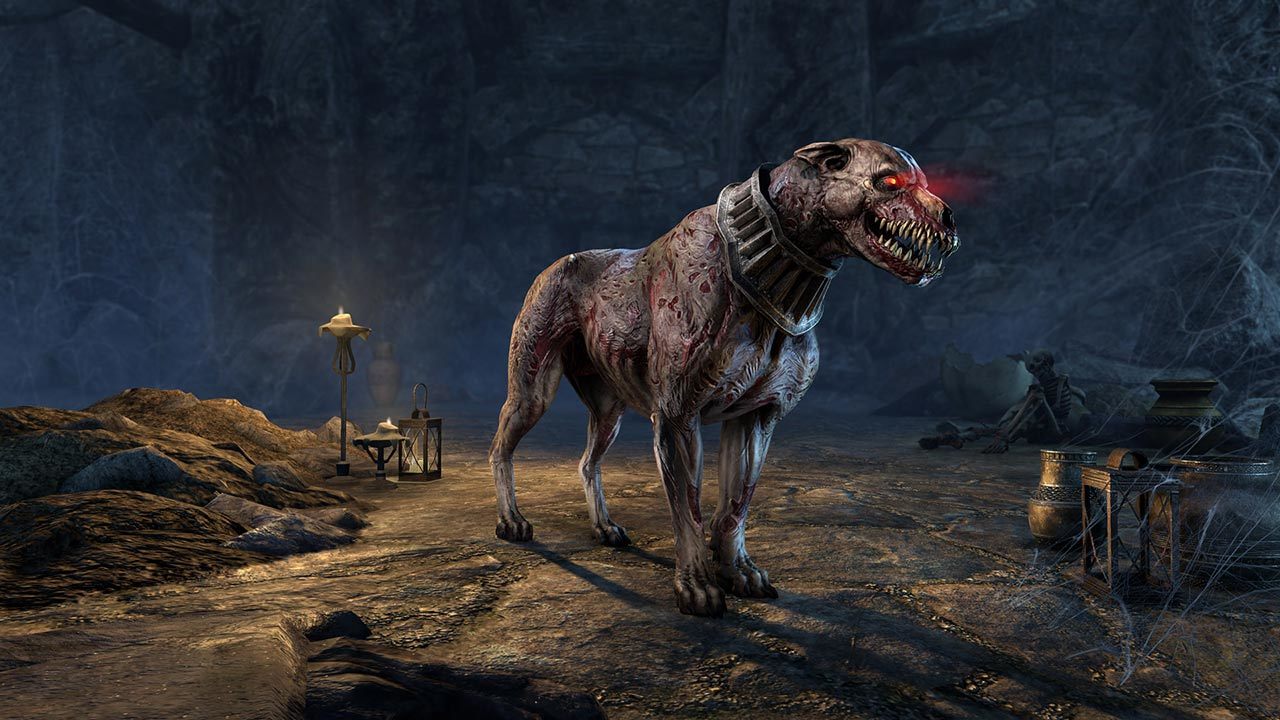 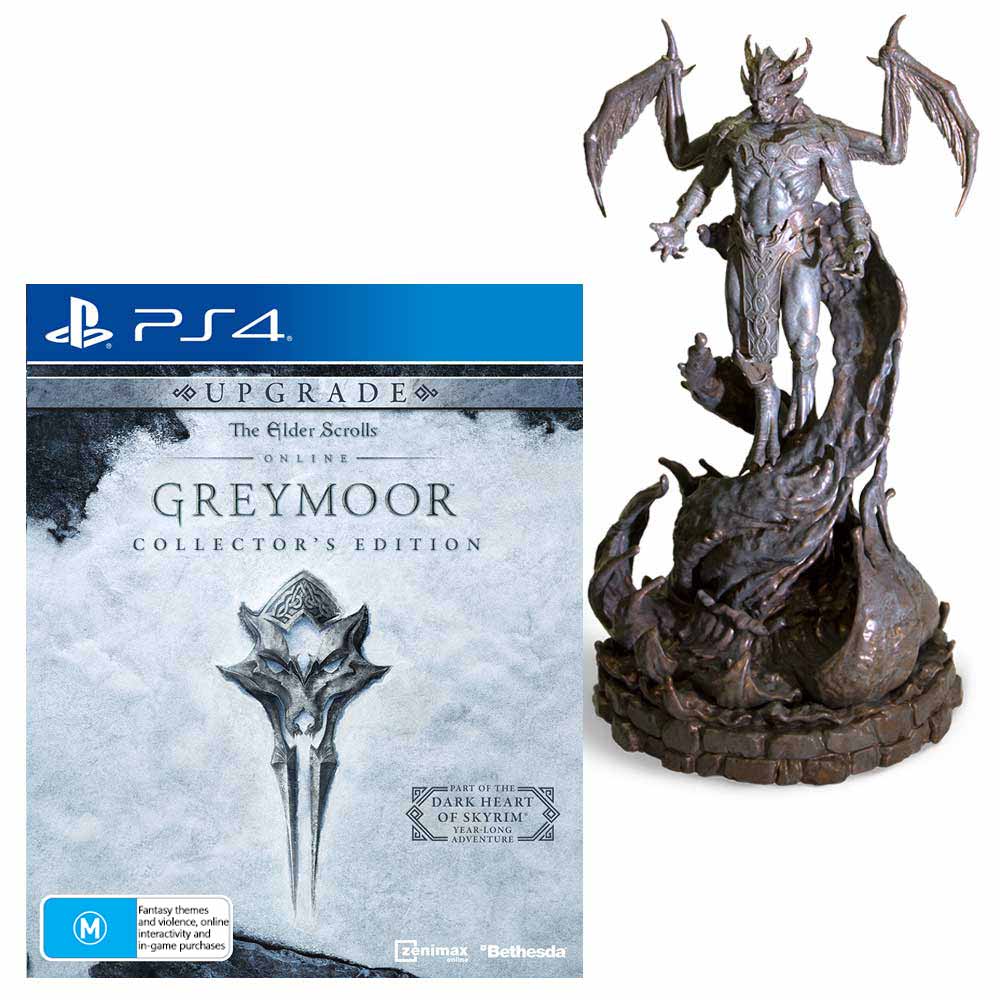