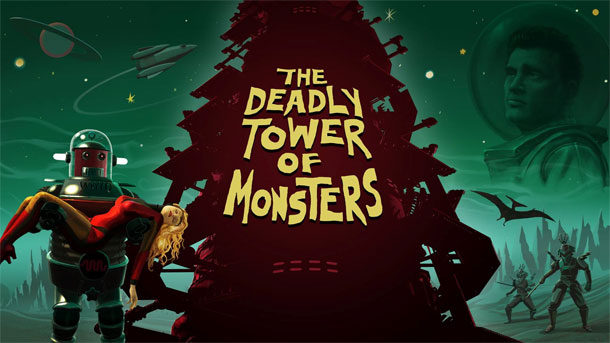 The Deadly Tower Of Monsters PS4

Summary: The Deadly Tower Of Monsters is great if you're looking to kill a good handful of hours with a solid smile on your face!

It’s a game! It’s a B movie! It’s one heck of a ride dripping in sarcasm and bad effects! The Deadly Tower of Monsters is all about showing off poking at elements of classic sci fi films of old, complete with almost constant commentary from the director, Dan Smith. Join him as he reminisces about the glory days and the magic that it took to bring his film to life, and the random gripes he had during the filming process. 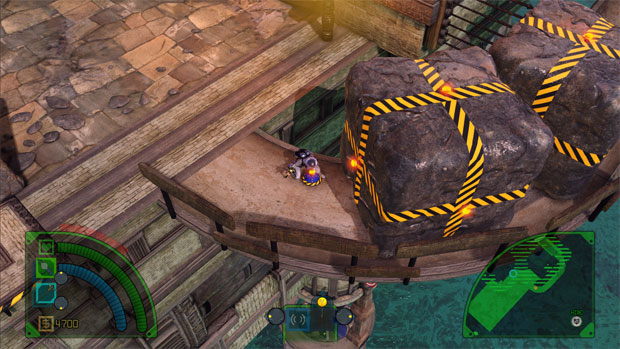 Players kick off the “film” as Dick Starspeed, the main protagonist with less than stellar acting ability. Getting into the vibe of the game, it’s obvious that the meat and potatoes of this whole operation lie in the director commentary and the simple hack-and-slash fighting style. Without the director’s fun statements sprinkled all about, this game would only be tolerable for so long before it becomes less than enjoyable. It has a balance that works, keeping players engaged in the fun of hearing about the behind the scenes of Dan’s film while maintaining a pretty simplistic approach in gameplay. 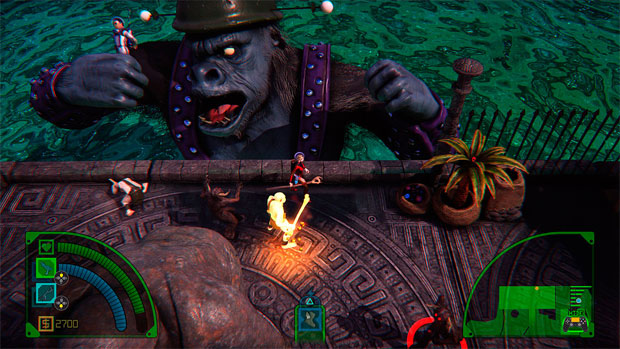 The concept remains fairly simple in that Dick must defeat an emperor with the aid of his sidekick Robot, and a woman named Scarlet Nova. The impossibly tall task on top of that? Scaling a tower full of all sorts of terrors, such as giant ants, apes, dinosaurs and various other monsters. The enemies have their appeal because of just how terrible they are. Bad stop motion, people in awful costumes… no expense was spared in the creation of all of the B-level effects, and by no expense I mean all of the expenses. Seriously, even the trees you see are plastic! Sometimes the screen goes into a black and white film style, other times the reel goes faulty altogether. It really is a simple and fun little ride strung together on top of an effectively cheesy soundtrack. 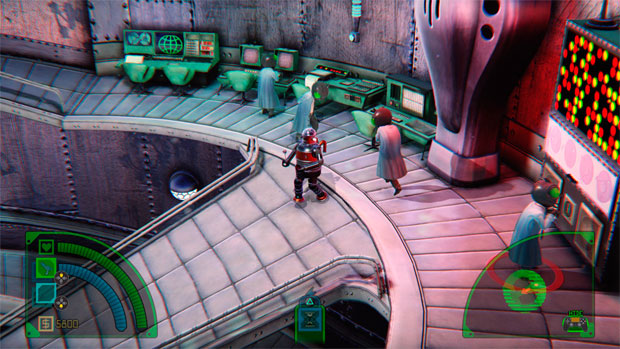 The real star of this one is the director with his running commentary, and the film just supports his wit. If you’re looking to kill a good handful of hours with a solid smile on your face, check this game out! 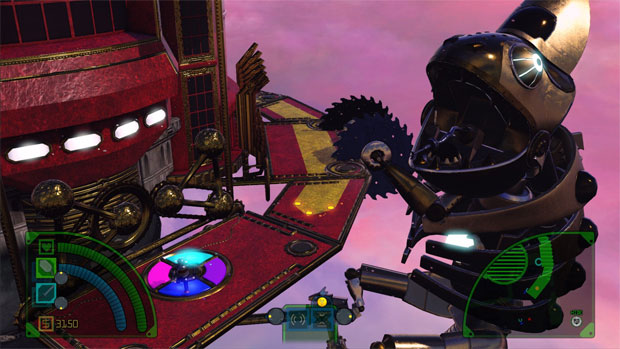