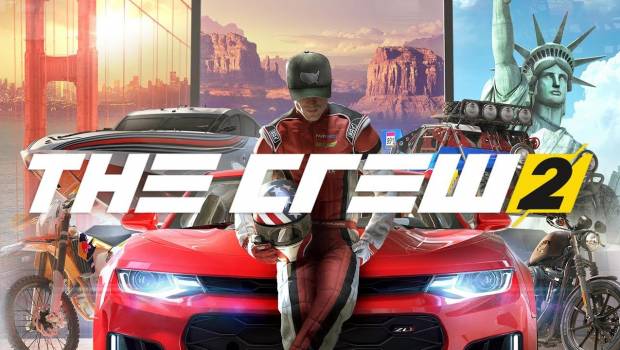 Summary: The problem with The Crew 2 is, aside from its admittedly pretty visuals, it seems content to coast by by just “being good enough”.

The Crew 2 attempts to fix the issues that prevented Ivory Tower’s first effort from blowing away the competition, such as an expansive but barren world devoid of any real incentive to explore and inconsistent AI, but is it a case of learning from previous mistakes or have Ivory Tower inadvertently presented players with a whole new host of gameplay problems? 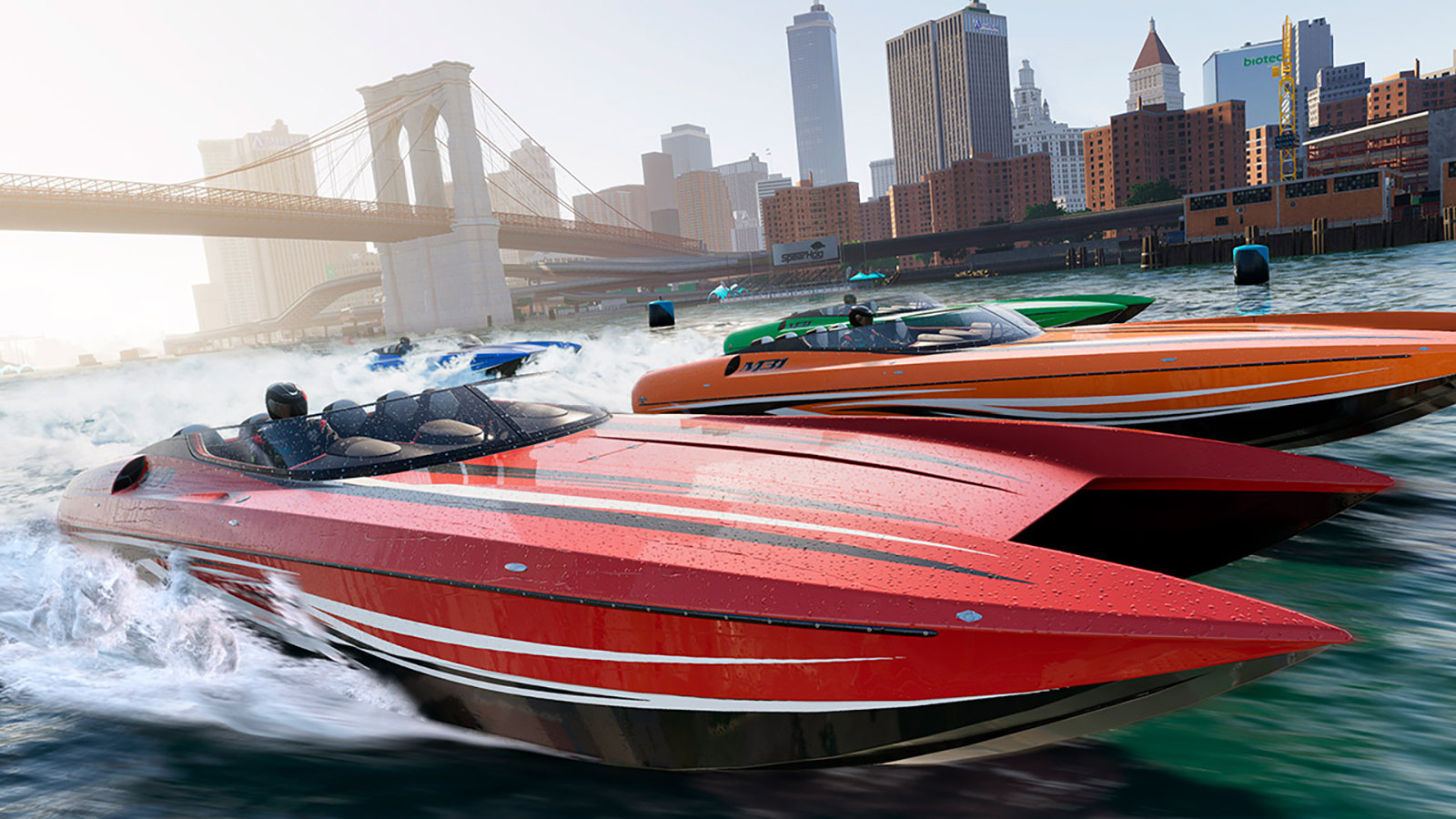 To be fair to the previous title, it became a more palatable package once the Wild Run content was added, dropping off-road events and new vehicles into the mix as well as refining the core mission structure to make for a more streamlined and engaging experience.

Ivory tower were certainly taking note of the positive effect the Wild Run DLC had upon the vanilla game and its community and decided to take the ball and run with it, expanding upon the freestyle EXTREME! factor by chucking practically every racing vehicle you can think of into The Crew 2; whether it be by air, on land or skimming across the waves, you’ll be undertaking myriad challenges and races in order to rise to the top of the Xtrem Series leaderboard (and yes, that is seriously its name… To the XTREM!) and prove to the world that you’re the dominant racing force. 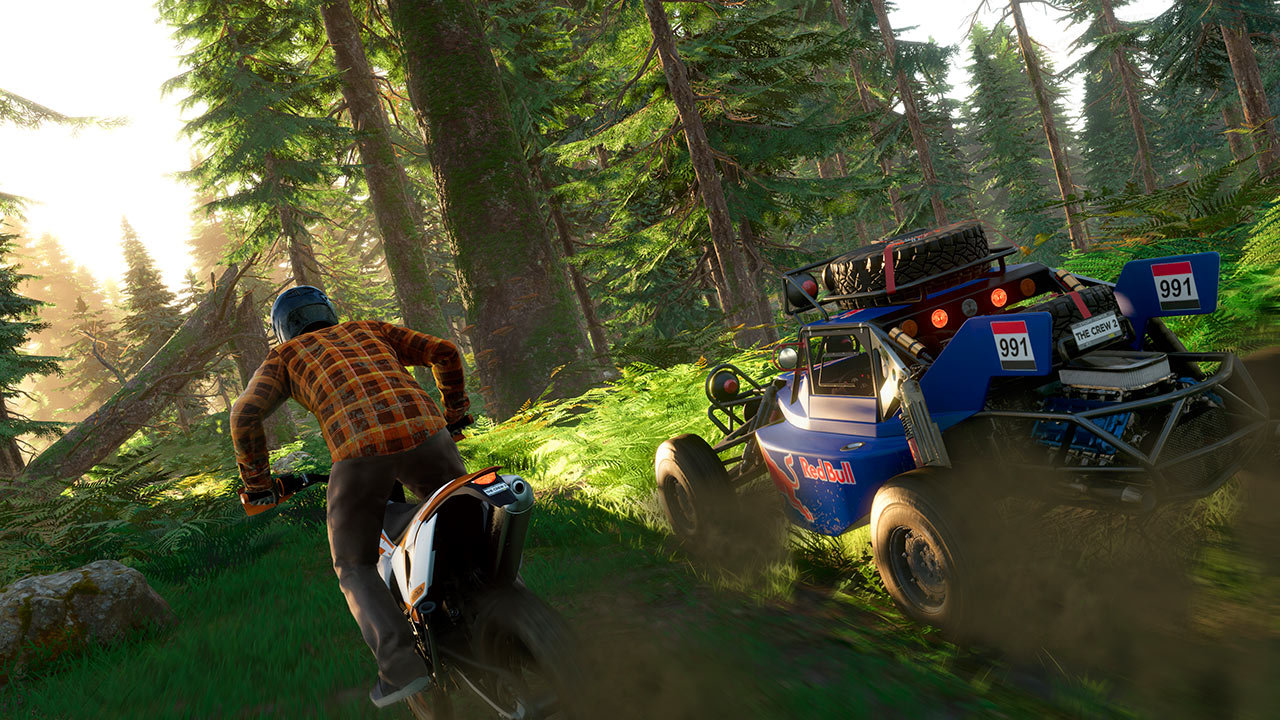 A big draw of the first game was the way it allowed you to travel across a miniaturised version of America, participating in different events whilst taking in the often impressive recreations of famous American landmarks and cities.

The Crew 2 predictably expands upon this and ups the wow factor in terms of the visuals, offering some truly detailed environments that are among some of the best I’ve seen in recent years. There is some noticeable pop-in while you’re in the air that breaks immersion a little bit but overall the open world is, graphically at least, one of the best you’ll find in a racing title on the PS4. 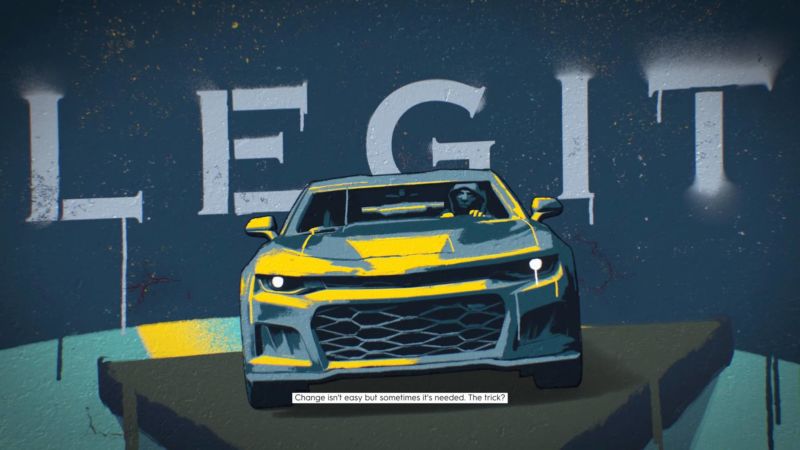 As soon as you boot up the game you’re presented with the scant outline of what could generously be called a story – Basically boiling down to making bank and stunting on opponents in pursuit of the American Dream – and what is quite possibly the worst voice acting I’ve heard outside of a late Nineties PSX game… Seriously, the stilted, faux Cali surfer dude cadence that every character takes on here and their forced delivery makes the efforts of the cast of the original Resident Evil appear almost Shakespearian in comparison.

Your introduction to the world of The Crew 2, janky vocal performances aside, is an exhilarating rush through an Xtrem event where you seamlessly switch between driving a car, piloting a plane and taking the wheel of the boat.

These transitions come complete with some pretty impressive world-folding effects ripped straight from Inception or Doctor Strange and get you pumped for more reality warping racing to come as the game progresses. 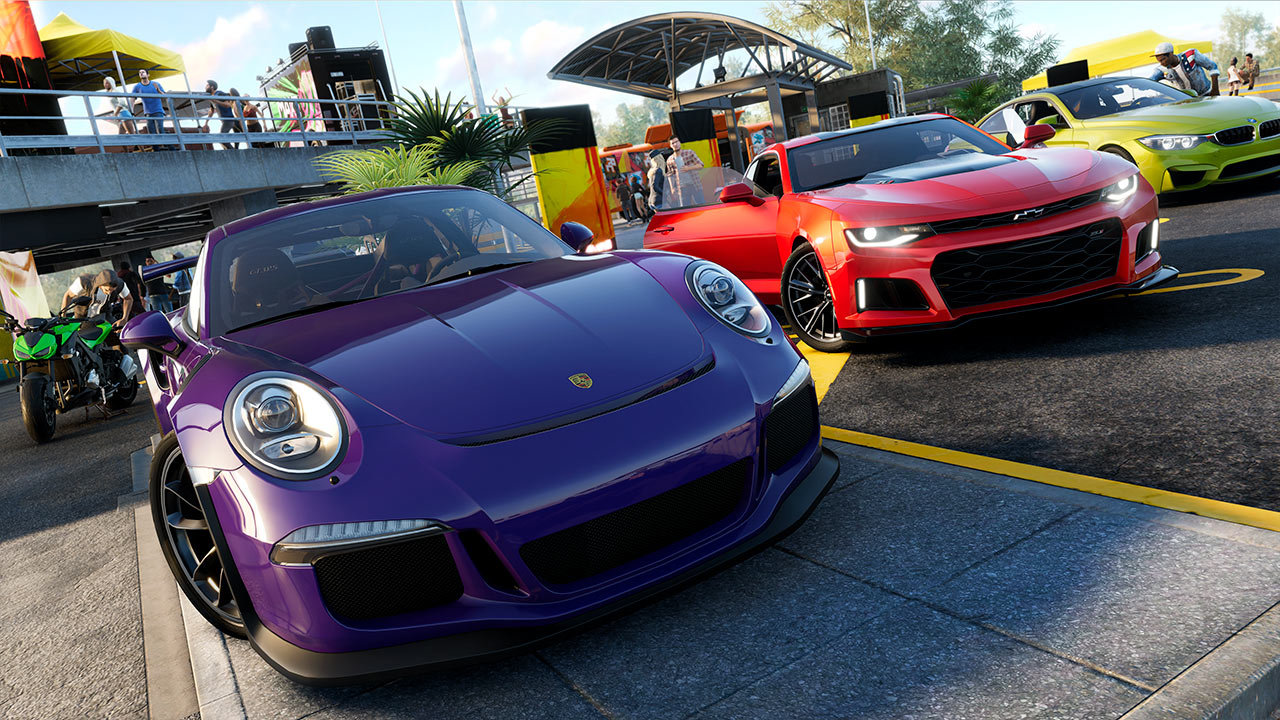 Unfortunately, aside from the occasional event or head to head with a rival, The Crew 2 never really takes advantage of this vehicle swapping mechanic, preferring instead to stick with more traditional race structures for most of the game, which also means that you won’t see the previously aforementioned awesome as balls world bending effect anywhere near as often as you’d like.

You can flick between vehicles on the fly whilst exploring the open world but it loses quite a lot of the exhilaration that comes with it being a major mechanic during a race.

What you’re left with then is a fairly standard racing game, albeit with a fair bit of variety amongst the three different means of getting about. Handling feels much tighter and more responsive here, negating the need to unlock a ton of different parts in order to have a decent vehicle, an issue that hampered my time with the first game. 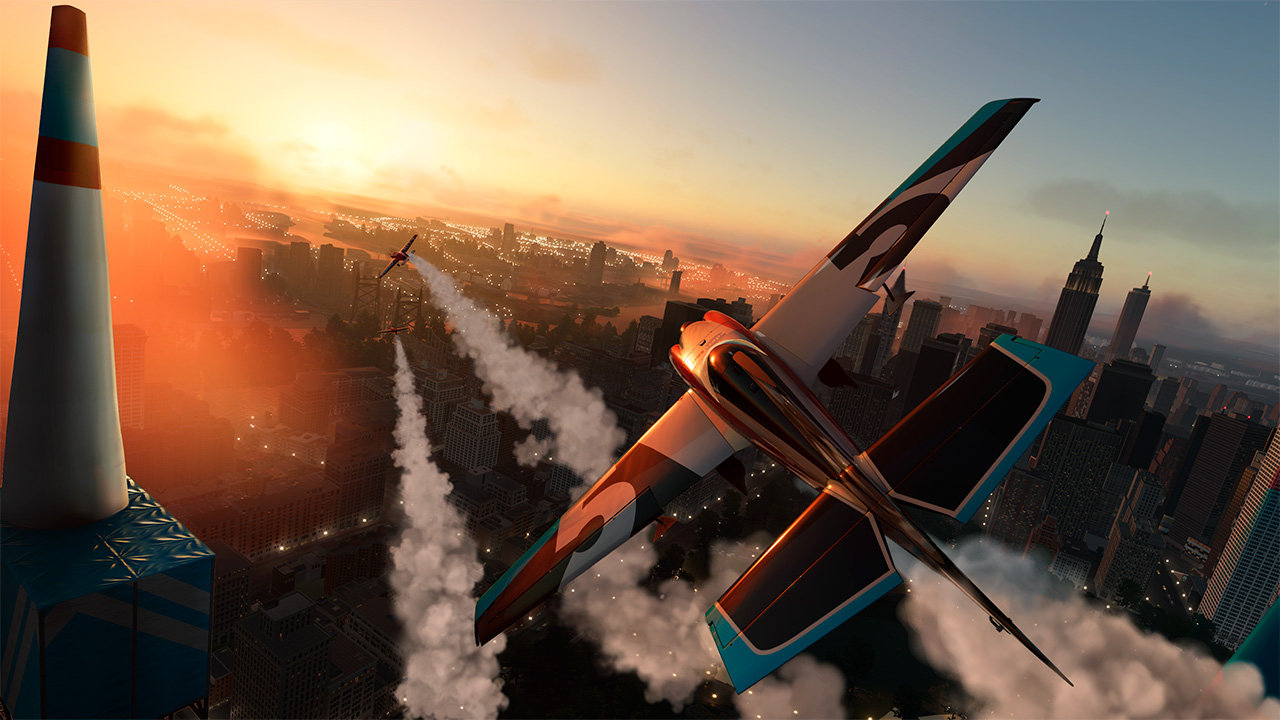 Of course you still strive to incrementally improve your vehicles, as you do in pretty much every racing game, but the difference here is that your vehicle of choice feels competent and fun to take control of right out of the gate rather than only after multiple hours spent grinding away, and this is a welcome step in the right direction for player accessibility – Nobody wants to spend their opening hours driving what feels like a bucket.

Each race will award upgrades you can apply and you’ll also stumble across more than your fair share whilst just cruising around the open world; there’s a kind of loot collecting element to the entire process, with different colours denoting rarity and, by proxy, effectiveness, but The Crew 2 never pushes this aspect of the game all that heavily upon the player, allowing the racing to take centre stage. 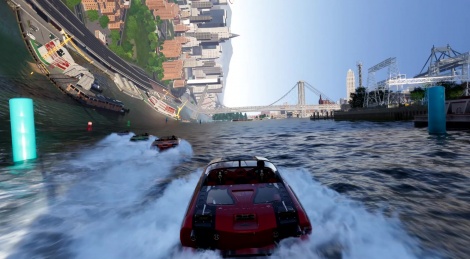 For an Ubisoft game, there isn’t a choking glut of side activities to take part in, for once; in fact, aside from some minor diversions such as taking photos, there really isn’t all that much incentive to explore the world outside of searching for upgrades or taking in the scenery.

The ability to fast travel anywhere without having to visit the area first is a polarising decision – Again, it’s nice to have convenience but being able to quickly warp from point to point means that you’ll likely miss a ton of the gorgeous environments The Crew 2 has to offer.

The Crew 2 drops players into a session with a handful of other players and the option exists to buddy up and tackle some of the missions as a team, but unless you’re lucky enough to fall into a lobby with a friend, you’ll have to hope that a random feels up to the task, especially as the game has inexplicably removed the option to invite players prior to a race beginning. 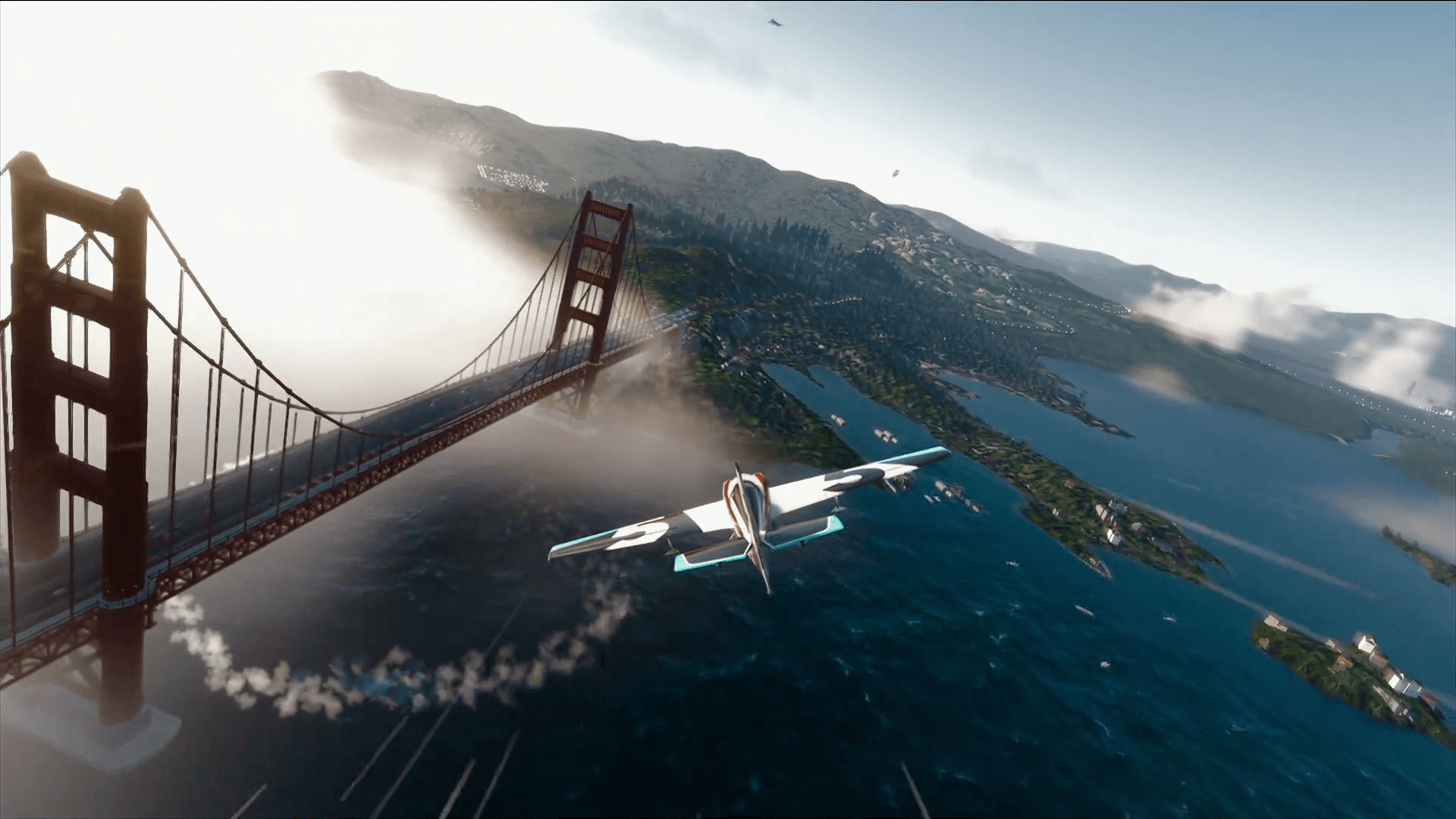 I kind of touched upon both of these areas above, but I’ll reiterate – The Crew 2 looks absolutely stunning, pop-in while in the air notwithstanding, and the framerate runs at a solid clip throughout; the character animations are a tad stiff and remind me of T.H.U.G to a degree, but both the vehicle and environmental graphics are superb.

The voice acting is rotten. Straight up worse than a bag of wet farts slapped into a bathtub full of rotten sausages. The music and vehicular sounds are decent enough, but that voice acting… Christ on a cracker. 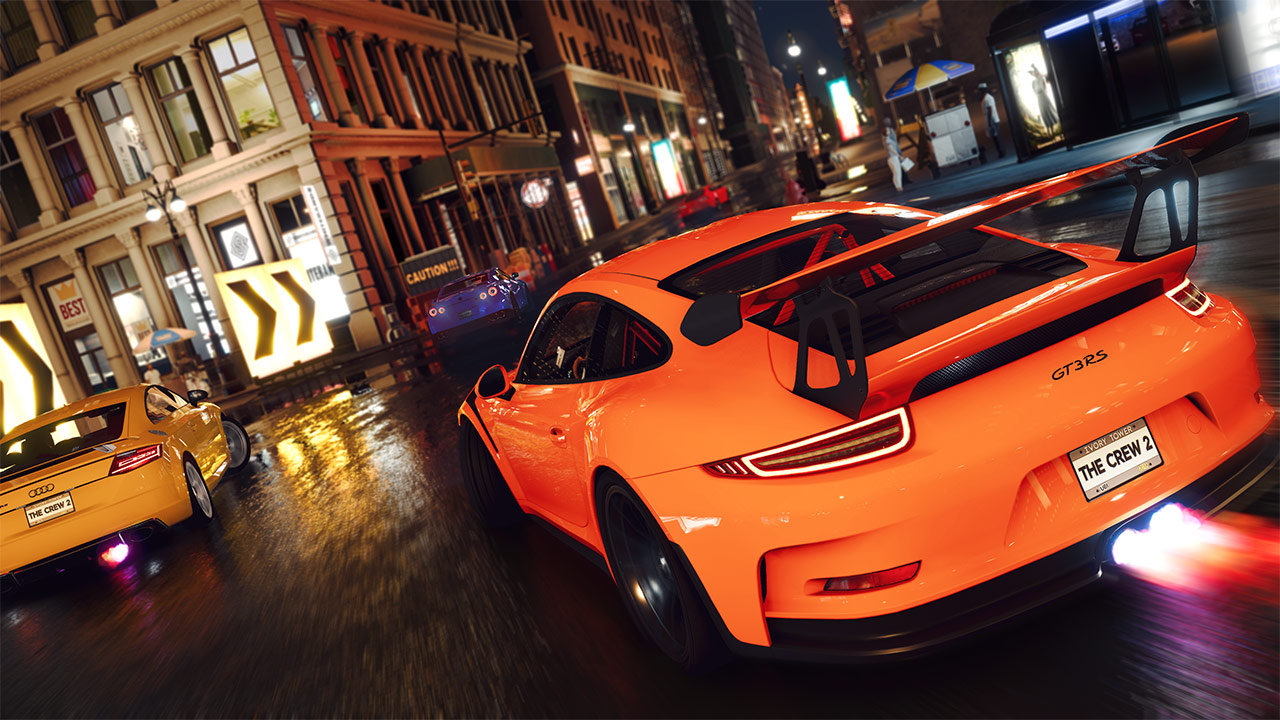 The PS4 is kind of renowned for its dearth of decent racing titles, particularly after the disappointment of both Driveclub and Gran Turismo: Sport failing to live up to expectations. It’s unlikely that The Crew 2 is going to change this perception in any meaningful way but it can’t be denied that it is a fun little diversion for racing fans.

Essentially three racing games in one, the mechanics across all three arenas of racing are decent enough that it feels like value for money either way, even if the events that require you to switch between all three are sorely lacking, resulting in a noticeable lack of cohesion.

The problem with The Crew 2 is, aside from its admittedly pretty visuals, it seems content to coast by by just “being good enough”, never really feeling like it tops its pulse-pounding opening race or effectively shakes up the formula from the first game enough to really stand out as an essential purchase. 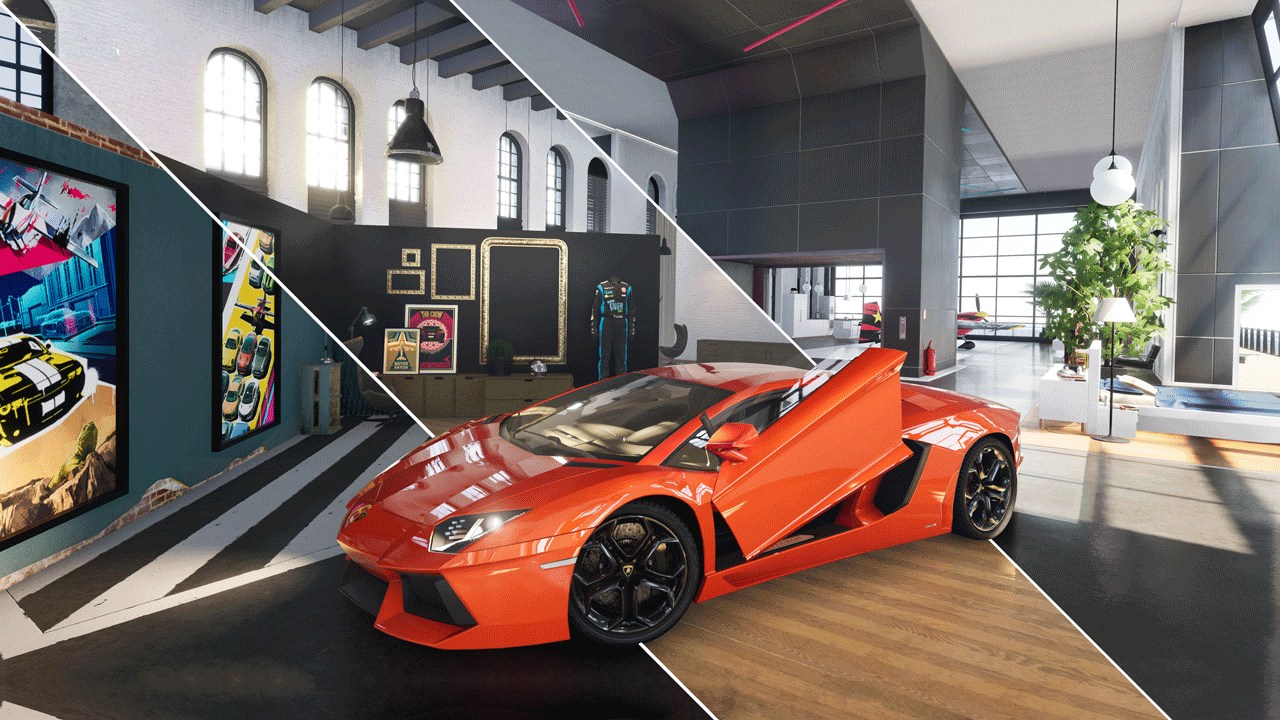 There’s no real depth to the upgrade system, essentially becoming a hunt for better coloured loot rather than fine tuning everything manually, but this kind of fits the game’s arcadey presentation.

The lack of Ubisoft bloat in the open world will no doubt be welcomed by many but, on the other hand, some might find that having more to do might not have necessarily been a bad thing here, as the painstakingly detailed world kind of goes to waste when there’s no real reason to explore it. 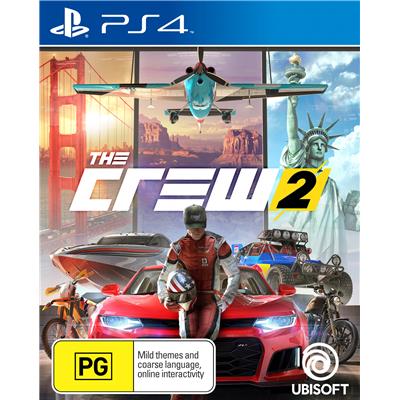