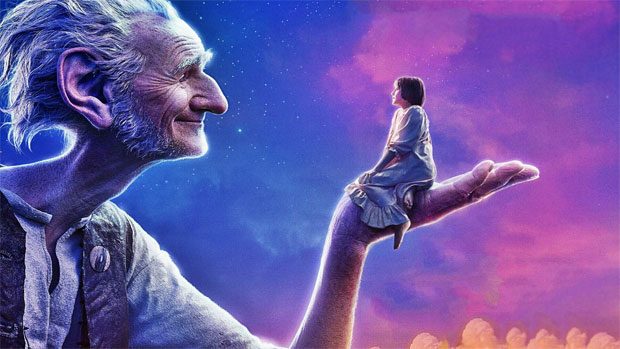 Summary: The BFG is a fun fantasy movie that makes for a great night in with the entire family.

Directed by the master of magic Stephen Spielberg, this Disney film is based on the classic Roald Dahl book of the same name which revolves around a mischievous orphan by the name of Sophie and a kindhearted giant given the name of the Big Friendly Giant or BFG. For parents with younger children and considering the fairy tale nature of giants, The BFG does have a few scary scenes that may frighten younger viewers, particularly with giant hands coming through windows and a group of very unfriendly giants who like to eat humans. To get around this aspect, humour is used to help minimise the scares. 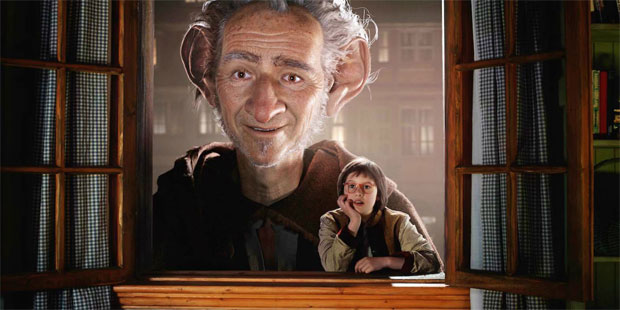 The story of The BFG commences near the Witching Hour which is around 3am when Sophie (Ruby Barnhill) is walking the halls of her orphange and when she hears the matron lurking around, she scurries back to her room and hides under the blanket to read. Sophie unfortunately suffers from insomnia and when she hears noises outside, she goes to investigate one of the open windows, only to come face to face with a real world giant (Mark Rylance). With the giant spooked, he decides to take Sophie prisoner in order to prevent her from telling the story that giants actually exist as he brings her to his home in giant country. 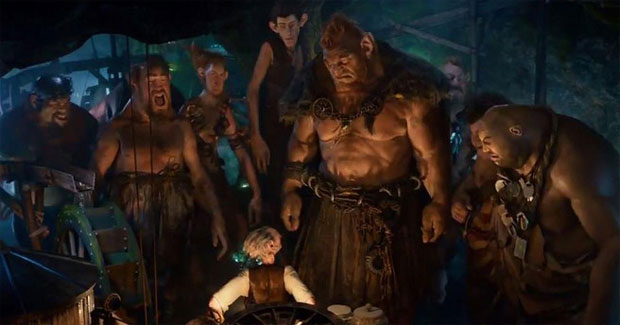 Although fearful for her life, Sophie believes that the giant is about to cook her into his next meal but upon further discussion with this almost dyslexic giant, she discovers that he is the polar opposite of how giants should exist. So thus begins their friendship and the naming of BFG who is also a dream catcher and takes Sophie on one of his hunts to catch the dreams and nightmares of humans. Unfortunately for these two unlikely friends, the other giants led by Fleshlumpeater (Jemaine Clement) discover that BFG or ‘runt’ known to his kind is keeping a human and they really want to eat this ‘been’ (aka human being).

As the BFG is quite the victim of bullying from the other giants, Sophie decides to take matters into her own hand and comes up with a plan to stop the giants from visiting man’s world. Through a mixture of dreams, they put an idea to help both man and the BFG inside the thoughts of the Queen (Penelope Wilton) and when she awakes, she finds Sophie standing on her window edge. So with the Queen’s aide Mary (Rebecca Hall) and her right hand man Mr. Tibbs (Rafe Spall) also hearing the far fetched tale of this orphan and when the giant finally reveals himself, Mr. Tibbs calls the security of the palace to corner the giant. 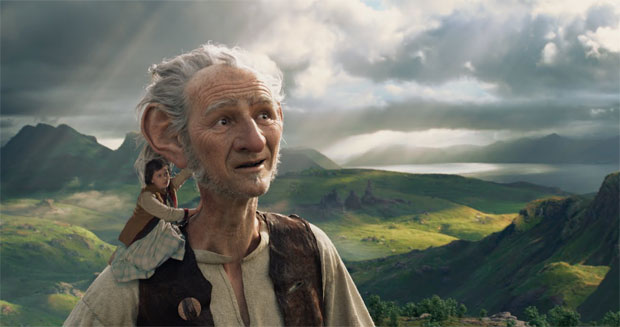 However Sophie’s plea and the dream had by the Queen helps alleviate the fears which forces the Queen to call together the best generals in her kingdom in order to put a stop to Fleshlumpeater and his other giants, Bloodbottler (Bill Hader), Maidmasher (Olafur Darri Olafsson), Manhugger (Adam Godley), Butcher Boy (Michael Adamthwaite), Bonecruncher (Daniel Bacon), Childchewer (Jonathan Holmes), Gizzardgulper (Chris Gibbs) and Meatdripper (Paul Moniz de Sa). As you can read, the giant names are great and although they look mean, they are actually quite loveable CGI creations but just misguided thanks to Fleshlumpeater. 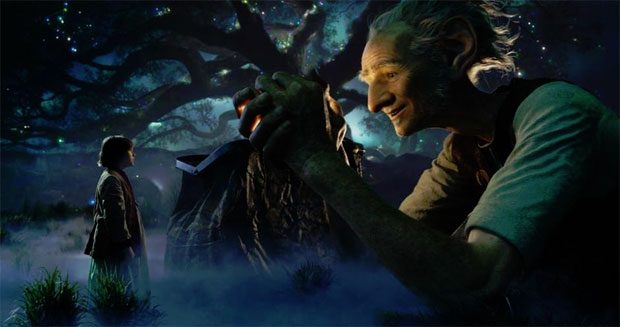 The BFG is part fairy tale and part comedy that focuses on an unlikely friendship with some great humour thrown into the mix, especially this drink that pushes the bubbles down the farting scene near the end of the film is priceless… the poor Corgis. It’s well acted by the human actors, particularly Ruby Barnill but the stars of this movie are the CGI giants themselves such as Mark Rylance as the BFG and the monstrous Jemaine Clement as Fleshlumpeater. At times, the CGI looks spectacular and I love that fantasy atmosphere that surrounds this film, however on a few occasions, the special effects do look a little disjointed but for the most part, it comes together well.

The video and audio quality of The BFG looks outstanding on DVD with sharp images, vibrant colours and some truly impressive special effects that almost jump out of your screen. The Dolby Digital 5.1 surround track boasts good audio levels with a few moments that really make the most out of your surround sound system. All in all, it’s a well presented film on DVD that comes with an enjoyable story. 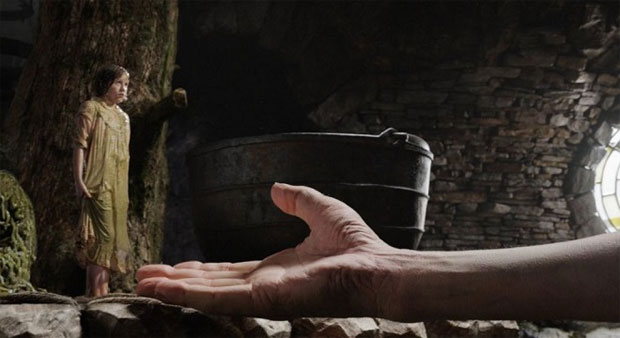 The BFG is a fun family movie that contains action, adventure and drama about a tale of friendship and how two people from different worlds can overcome diversity. The special effects of the giants looks amazing and this is one Roald Dahl story tale that almost comes to life and is definitely a must see family movie on DVD or Blu-ray. 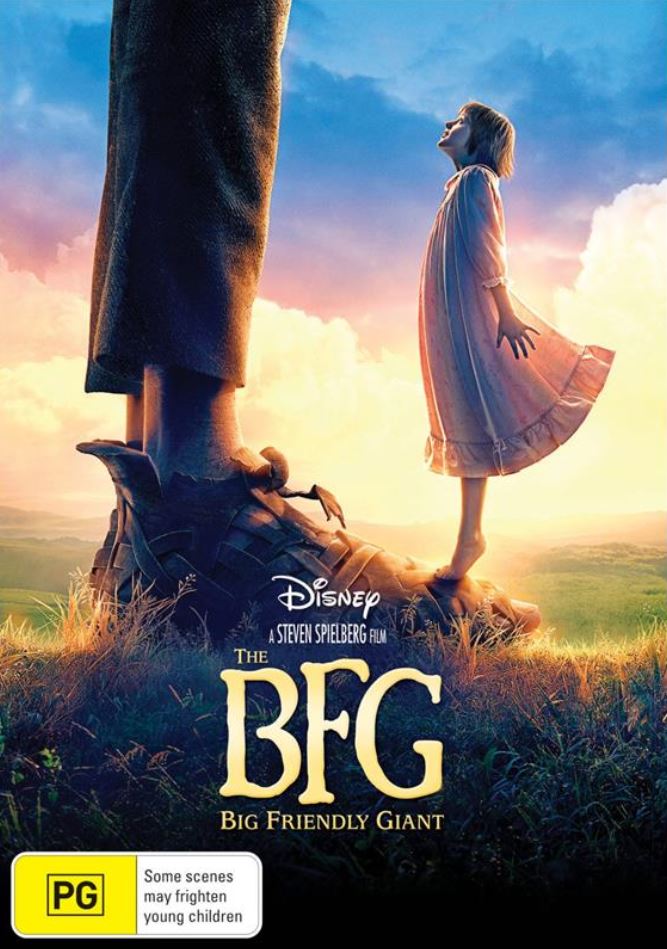