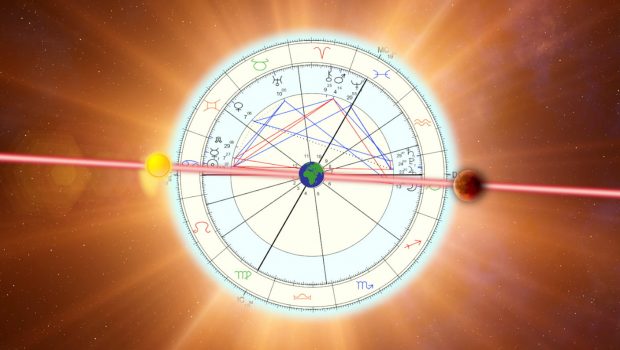 The Astrology of Pandemics Film Review

Summary: This short film makes arguments that astrology can be used to predict pandemics. These correlations are spurious but those inclined to believe New Age ideas may find it entertaining.

When writing reviews it is customary to keep an open mind and offer a third-person account of things. It’s a tad difficult to do this when you’re faced with a rather contentious topic like “The Astrology of Pandemics.” This film is a short one where filmmaker, Nicholas Snyder presents arguments for how various pandemics could have been foretold by the stars.

For my money, I occasionally read horoscopes and Chinese star signs for a laugh. I also know enough about psychology to appreciate that both those things are written in such general terms in order to appeal to many readers. To say I came to this film with a large bag of salt (rather than a mere grain) is an understatement. This film is more of a video than a documentary per se. A series of visuals is used for the most part with a rather robotic-sounding voiceover. It gives the proceedings the feel of an educational film, even though we must be mindful that this is pseudoscience at best.

Snyder uses four chapters to structure this piece. In the first he gives viewers a brief history of some deadly pandemics like The Black Death, the Spanish Flu and AIDS/HIV. In the next chapter he offers arguments about the existence of cosmic patterns around the times of pandemics. This includes: lunar eclipses or common planetary alignments involving Jupiter, Saturn and Pluto (even though they acknowledge that the latter is now considered a ‘dwarf’ planet).

Those with a scientific background know that even if you prove correlations between variables, this does not mean causation. If you want a giggle some time you can go googling spurious correlations to see this in action. To say that the cosmos caused the pandemics is farfetched to say the least. But those inclined to believe in New Age ideas will likely find this all entertaining, especially the notion that the late French astrologer, André Barbault predicted Covid in 2011. The final chapters centre on the coronavirus and other bold future predictions.

“The Astrology of Pandemics” is a film that offers an alternative perspective on the Covid crisis. The filmmaker believes that astrology has long been underrated and should be used to predict future pandemics. This film is a serviceable one that delivers on what it promises. However, those audiences looking for scientific rigour best look elsewhere, as they may find this lunar-take on things to be more akin to lunacy.