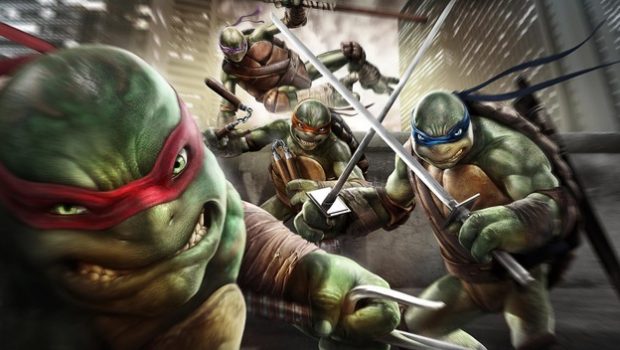 Teenage Mutant Ninja Turtles: Out of the Shadows – Film Review

It would be far too easy to dismiss the second instalment in the newly rebooted, Teenage Mutant Ninja Turtles franchise, “Out Of the Shadows,” especially with the glut of superhero/comic book films around at present. While this film is unlikely to win any major awards it does have some redeeming qualities over its predecessor. Teenage Mutant Ninja Turtles: Out Of The Shadows may not be as clever as say Deadpool but it does turn things up to eleven as it parties with those teenage heroes in a half shell and celebrate all things turtle power!

This film is directed by Dave Green and is produced by Michael Bay. The movie actually has all of the hallmarks typically associated with the latter individual’s work. Megan Fox returns as reporter April and gets dressed up as a sexy schoolgirl, there’s lots of explosions, a transformer and a tonne of CGI action. The aim of the game is for these mutant turtles to stop the world from impending doom but it also has a few threads to its rather convoluted plot (especially when you consider that this this a kid’s film). It also has some terrible dialogue (two characters morph into animals and start eyeing off their genitalia, high-fiving and saying: “My man!”. Enough said). 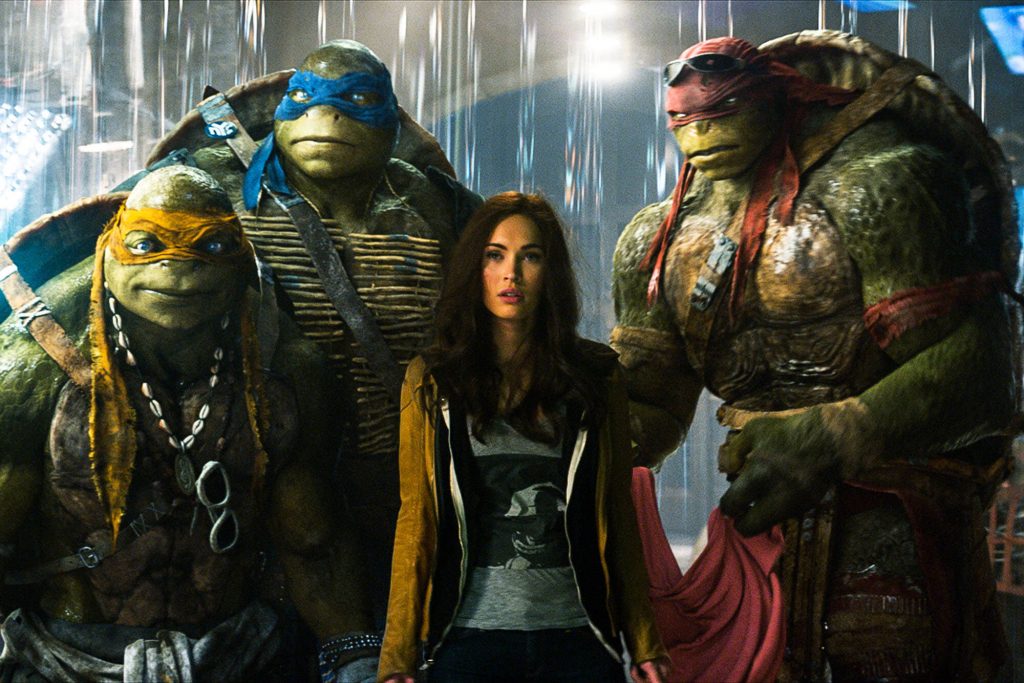 The brothers in arms are all very different characters. They’re lead by the one in charge (Leonardo (Pete Ploszek)) and he is supported by the pizza-loving clown, Michelangelo (Noel Fisher), the tough-guy, Raphael (Alan Ritchson) and the brainy, Donatello (Jeremy Howard). They have to save New York City from their nemesis, Shredder (Brian Tee), who has escaped from prison with the help of a devious scientist named Baxter Stockman (Tyler Perry). Along the way, they uncover Krang’s (where a booming Brad Garrett lends his voice) plans to build a war machine called the Technodrome that will open up another dimension and leave planet earth vulnerable to an alien invasion. This group are assisted by two other mutants a warthog (Gary Anthony Williams) and a rhino (WWE wrestler, Stephen Farrelly). 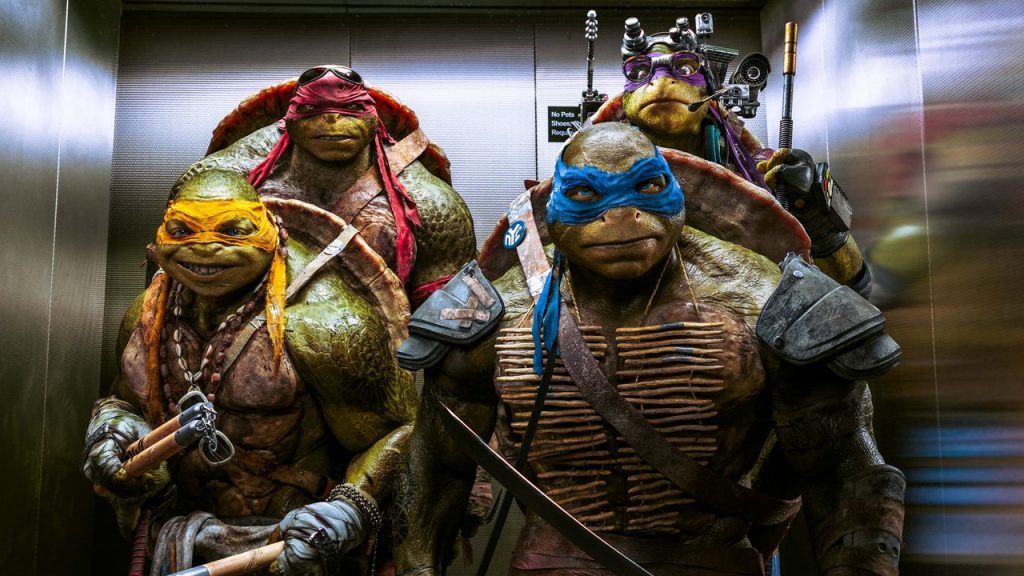 This film has a tendency of over-explaining some things and then leaving some of the characters poorly formed or underdeveloped. But it’s fair to say that most of the moviegoers will not be going in with very high expectations—they are most likely to be there for the nostalgia trip, some flash effects and terrible jokes. On this front, this goofy, cheeky and energetic action film delivers and while it’s hardly breaking any new ground it should offer kids some fun moments with a band of brothers living in shells that aren’t completely half-baked.

Summary: It may not be as clever as say Deadpool but it does turn things up to eleven as it parties with those teenage heroes in a half shell and celebrate all things turtle power!