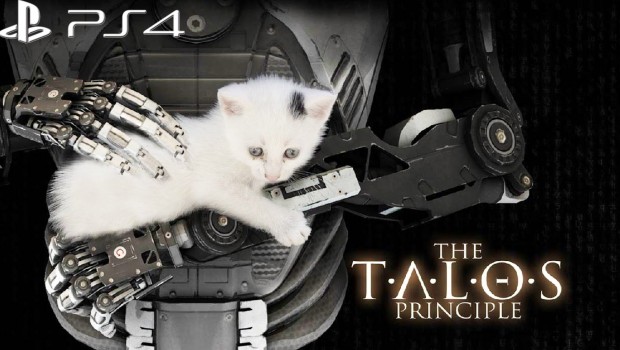 Summary: The plot elevates the already terrific puzzle elements to even greater heights and, overall, it serves as an exemplar of the ever blurring line between digital entertainment and true art.

Talos is a figure from Greek mythology who was crafted from bronze by Zeus to protect the island of Europa from those who would attempt to pillage its treasures; in The Talos Principle the character you assume seemingly shares some similar traits: A metallic creature, in this case a robot, created by an omnipotent being who serves to guide his creation along on its journey whilst also warning of the dangers of disobedience, similar to the tale of Adam and Eve with an imposing tower substituted for the fruit of knowledge. 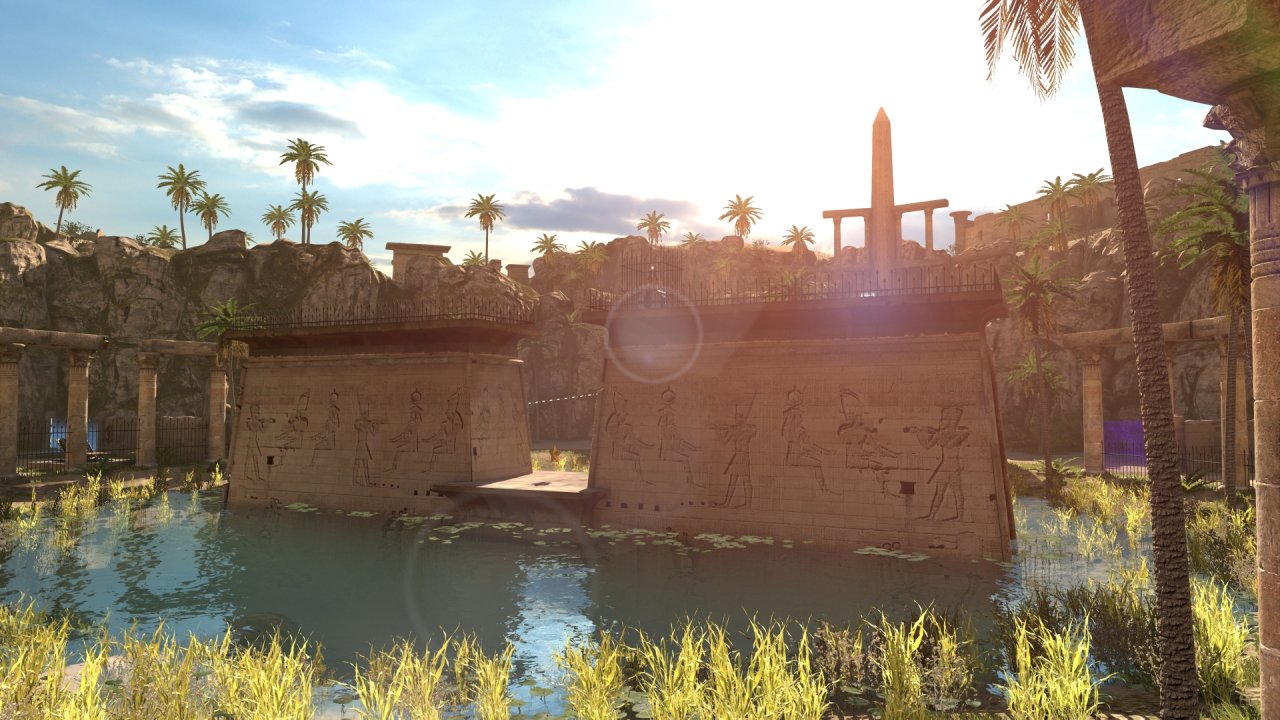 The titular Talos Principle refers to an idea expressed in the game that regardless of the concept of sentient thought proving ones existence, it’s the physical form that is the only true indicator of actually being… Rather heady stuff for a game that, on the surface, appears to simply be a first person puzzler in the vein of the Portal series.

The game opens with the robot, controlled by the player, awakening in an unfamiliar world that has ostensibly been created by a higher power who refers to himself as Elohim. 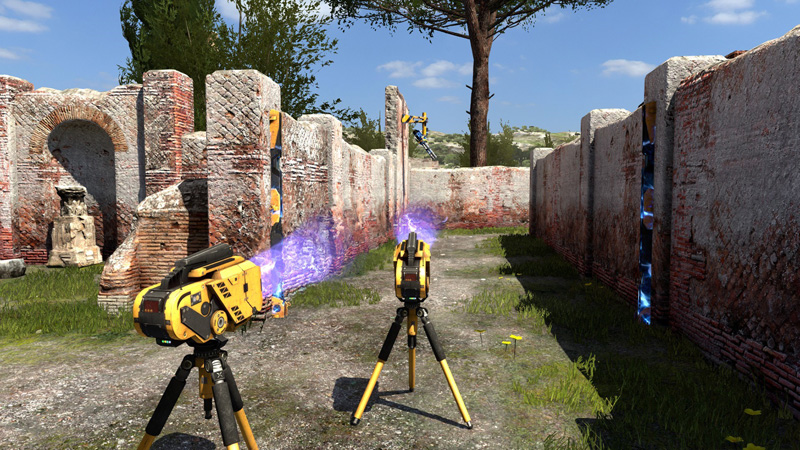 Tasking his creation with exploring multiple worlds in order to obtain sigils (Which look a lot like Tetris pieces) that open up further realms to journey through, Elohim sends his mechanical child into the world, free to explore and tackle the wide variety of puzzles offered up at the player’s own pace.

Each world contains a series of puzzles, usually closed off from the rest of the area and easily identifiable by a purple glow that shrouds the entrance; within these mini-areas you’ll initially discover devices called “Jammers”, which can be used to bypass blue barriers that impede your progress, as well as halt Guardians – Floating mechanical orbs that follow predetermined paths – in their tracks and deactivate automated sentry guns. 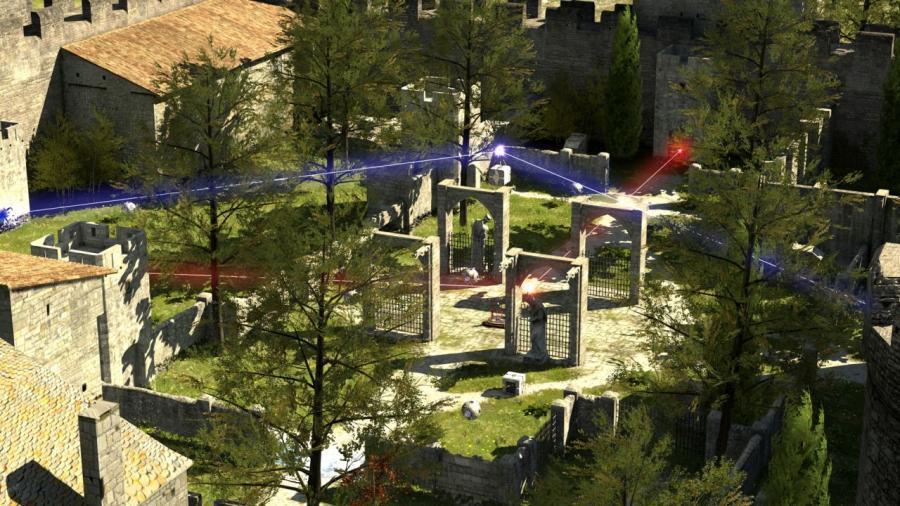 Each area contains a sigil, whether it be green ones used to access more advanced worlds or yellow ones that, when a certain amount are collected, give the player new items such as reflectors which open up new puzzle mechanics. There are also red and grey ones used to access different levels in of the mysterious tower blue ones, blue sigils that are used to solve riddles and yellow ones obtained by discovering hidden stars littered across each world. Once you have collected enough sigils, you then have to combine them using panels in order to utilise them, adding another dimension to the spatial puzzle components.

The puzzles start off relatively simple, gently easing you into the mechanics of each area, but they soon become quite taxing, with some requiring lightning fast reflexes and precise placement to solve. 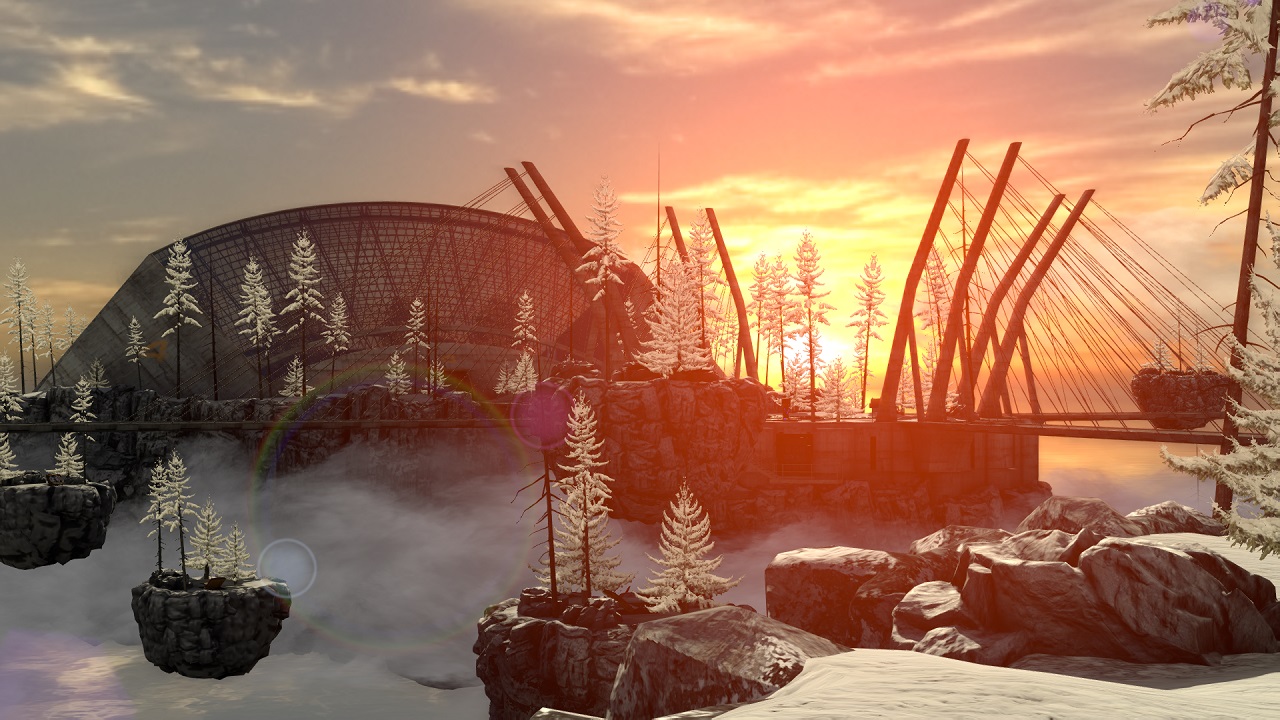 Your goal in the game is to complete the challenges designed by Elohim in order to obtain eternal life, but as the complexity of the puzzles increase, so does the narrative; what initially seems like a straightforward quest soon becomes a philosophical exploration of what it means to be human and whether sentience alone is a quality that determines this.

The transcendence of your character from obedient servant to something more through the exploration of free will is helped along by a secondary character who serves as a counterpoint to Elohim and each world contains a series of computer terminals that drip feed you information regarding the true nature of the different realms you’re diligently making your way through and explores the concept of artificial intelligence becoming self aware. 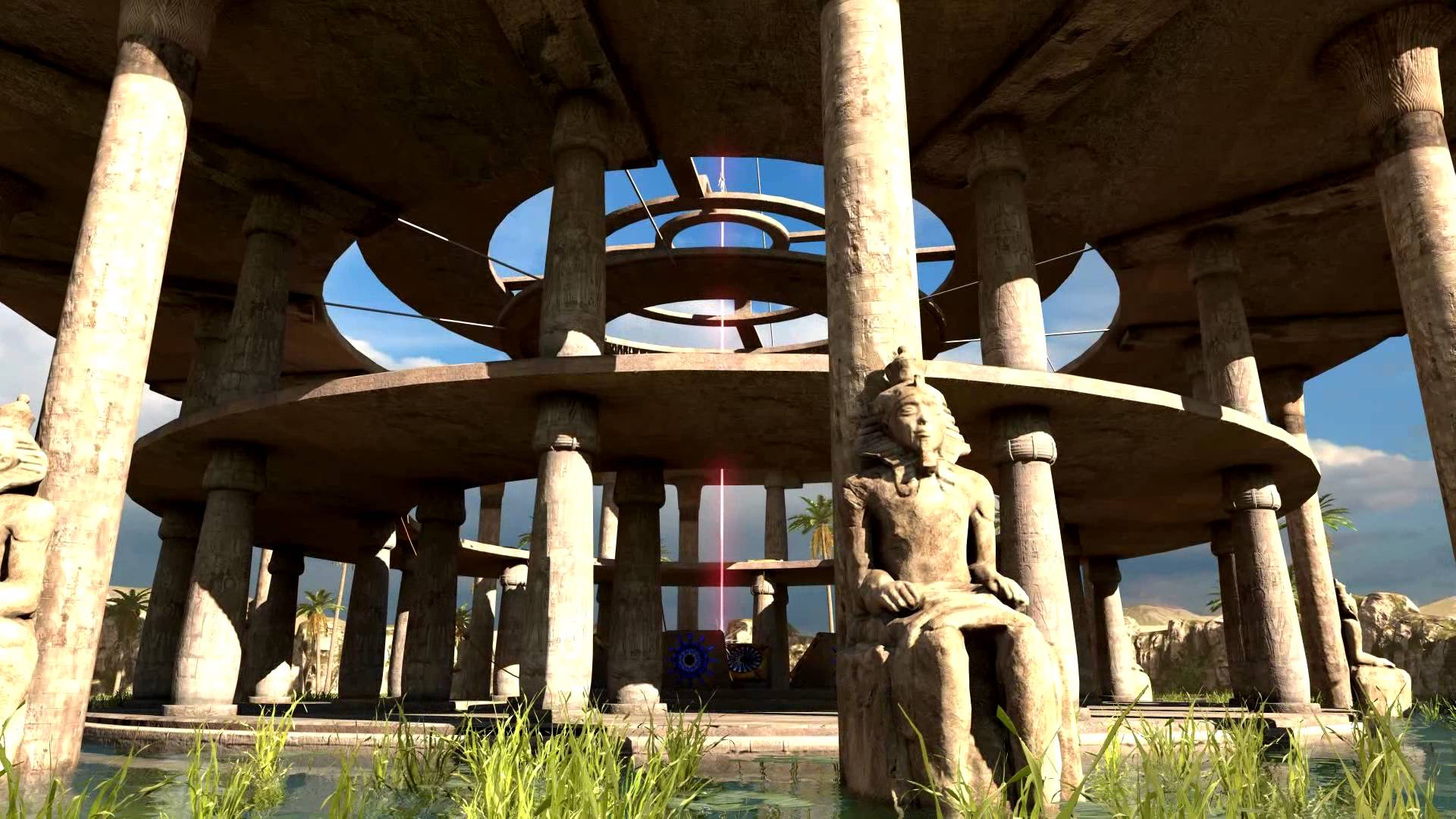 It soon becomes evident that a great tragedy has befallen mankind at some point and the fascinating story penned by Tom Jubert (The Swapper) and Jonas Kyratzes (Infinite Ocean) compels the player to fully explore each area for tidbits that help expand the plot and offers an incentive to persist with puzzles that may initially seem too daunting. Thematically the different disparate plot threads soon come together to form a much larger narrative and the accomplished way this is all handled is nothing short of breathtaking – It’s rare that a game demands your attention this much and forces you to ponder materialist concepts and the effect personal choices have on the world around you.

The Talos Principle Deluxe Edition also includes the Road to Gehenna, an add-on that further explores the themes touched upon in the main game and affords players the opportunity to act as a saviour, although to reveal too much will dilute the experience; needless to say, if you were as enamoured by the complex puzzles and plot of the game proper, then Road to Gehenna will offer up the same level of enjoyment and should expand your playing time by quite a few hours. 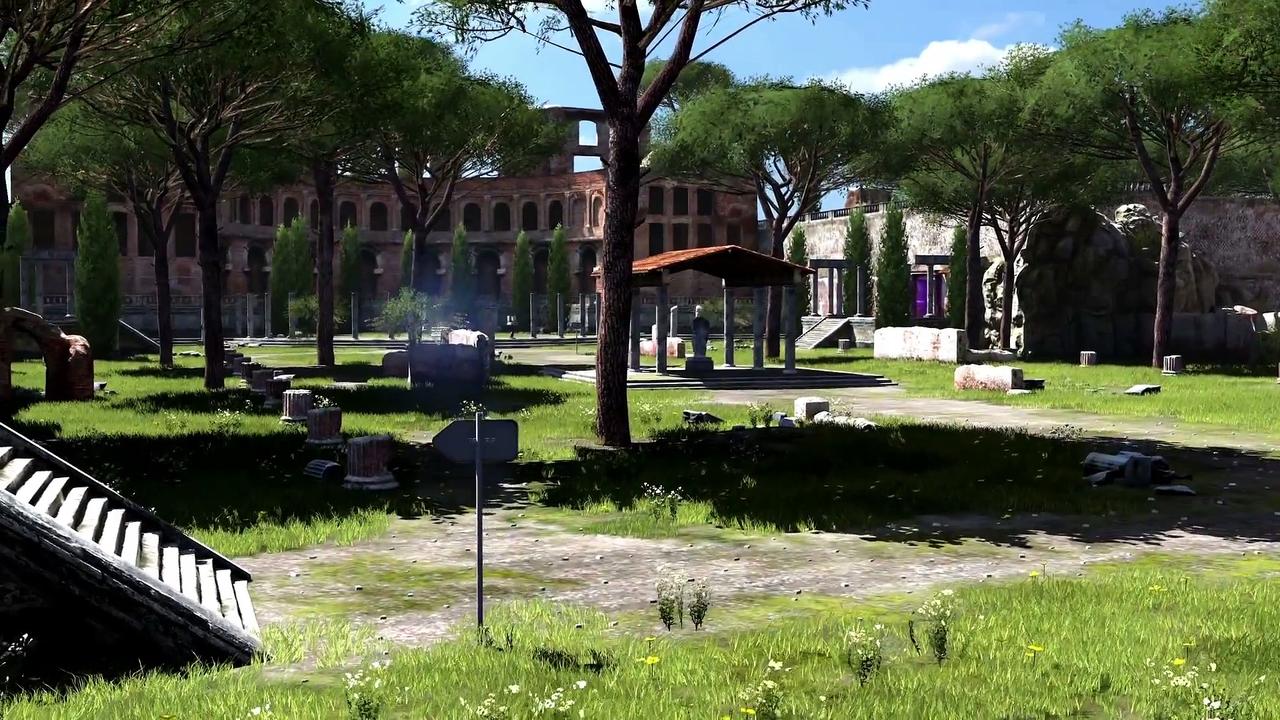 Visually The Talos Principle evokes the aesthetic of games like Myst, offering up sumptuous landscapes filled with languidly swaying trees, pillars and statues reminiscent of ancient Greek architecture, at least in the first world. Later stages take place in a landscape resembling a frozen tundra and the variety of environments and weather effects ensure that, visually, the game never becomes tired through overfamiliarity.

As you progress through the game the world starts to show signs of instability, with the screen darkening as some invasive force seemingly attempts to force its way into your world, objects glitching and momentary flickers of the landscape, further hammering home the point that all is not quite what it seems. You can also switch between first person and third person views depending on your preference, which is a nice touch.

The audio effects help to immerse the player into a world almost devoid of “life” and is quite calming for the most part, although the tension soon ratchets up as you approach your final goal and, subsequently, so does the soundtrack. 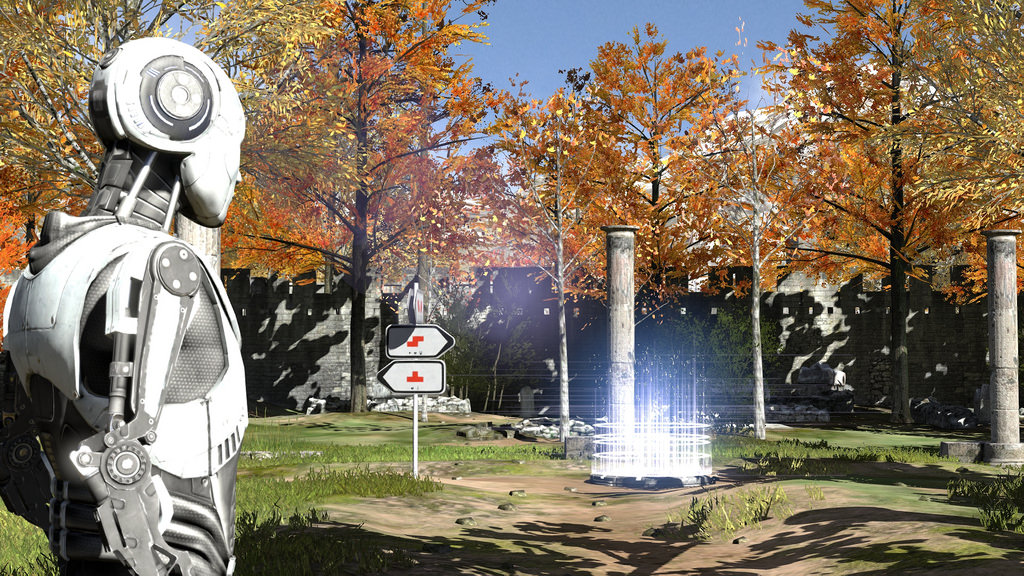 The Talos Principle Deluxe Edition is a masterclass in game design, offering a narrative based puzzle experience that ranks up there with the very best of the genre.

Croatian developers Croteam, probably best known for the Serious Sam series, have created a sophisticated and addictive exploration of thematic elements that are rarely explored in contemporary games and, above all else, provokes an emotional response that may very well catch you off guard if you come in expecting nothing more than a tightly refined little puzzler. 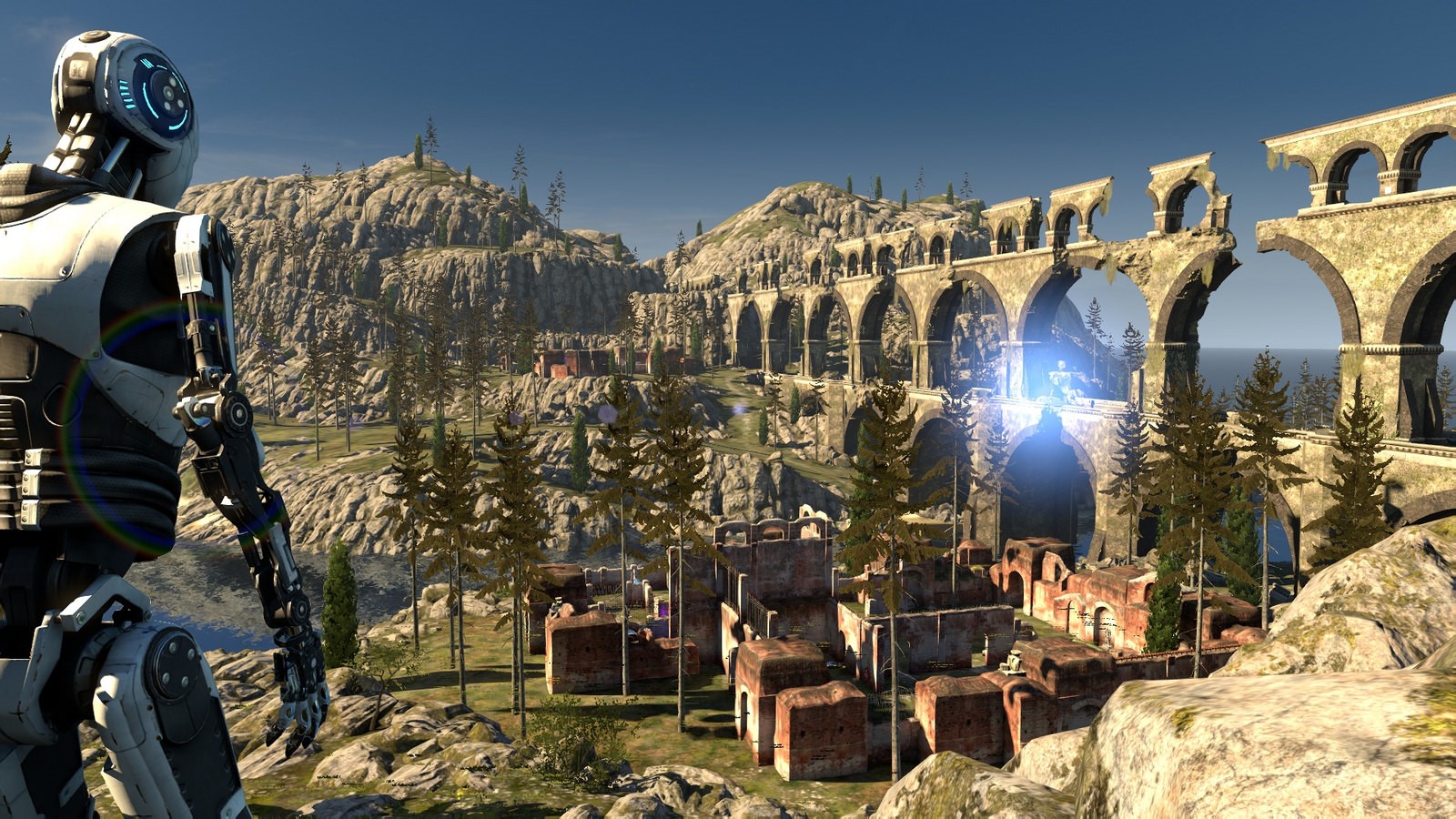 The controls are intuitive and easy to grasp and the puzzles never feel unfair or cruelly designed, with each solution feeling balanced and natural to the world that Croteam has created.

In closing, The Talos Principle was a truly captivating experience that I have absolutely no qualms recommending to fans of the genre. The plot elevates the already terrific puzzle elements to even greater heights and, overall, it serves as an exemplar of the ever blurring line between digital entertainment and true art. 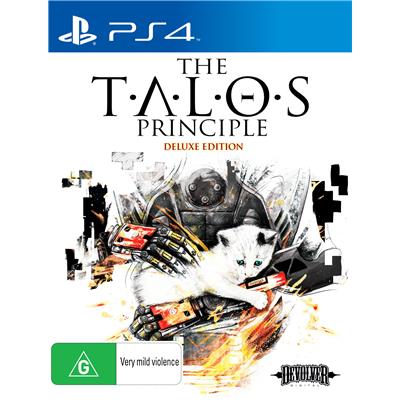