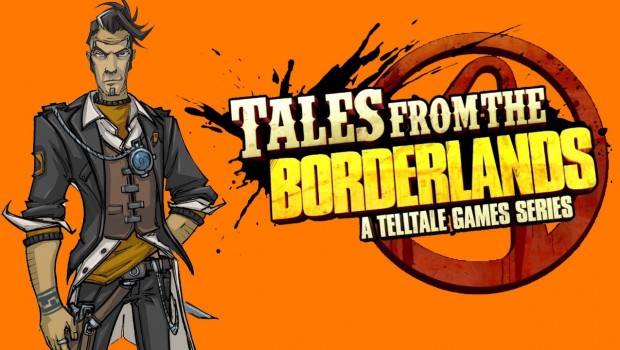 Tales from the Borderlands Complete Season XBox One Review

Summary: If you’re looking for something to fill the gap between the inevitable current-gen iteration of the Borderlands franchise, albeit with a much stronger focus on characterisation and story, then Tales from the Borderlands will more than satisfy your desire.

Originally available as an episodic release on Xbox Live, 2K Games have now collected the entire season on a physical disc that allows fans to visit Pandora in one accessible bundle. So just like Telltale Games transformed both The Wallking Dead and Game of Thrones into their unique gaming archetypes, this time it’s Borderlands turn as we are introduced to Rhys and Fiona in their quest for ‘greatness’. 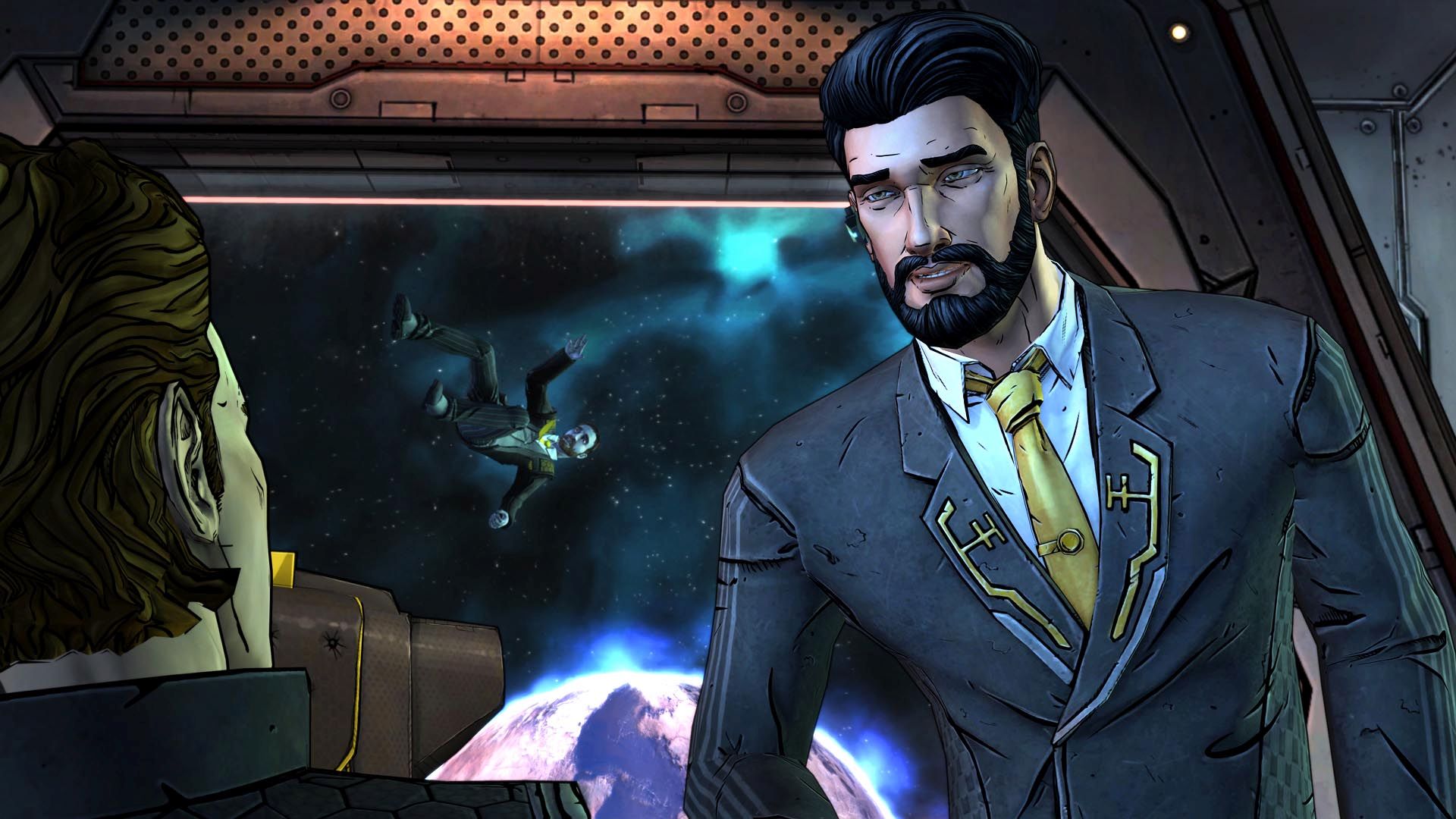 Transplanting the guns blazing ideology of the Borderlands games into the narrative driven, choice and consequence game design of Telltale Games’ output would initially seem like a bad fit; after all, let’s be honest, the story, as amusing as some of the interactions that occurred throughout the campaign could be, was pretty lacklustre and threadbare in Gearbox and 2K’s co-op shooter series, and this was perfectly okay – It was the satisfying gunplay that really drew the fans in. 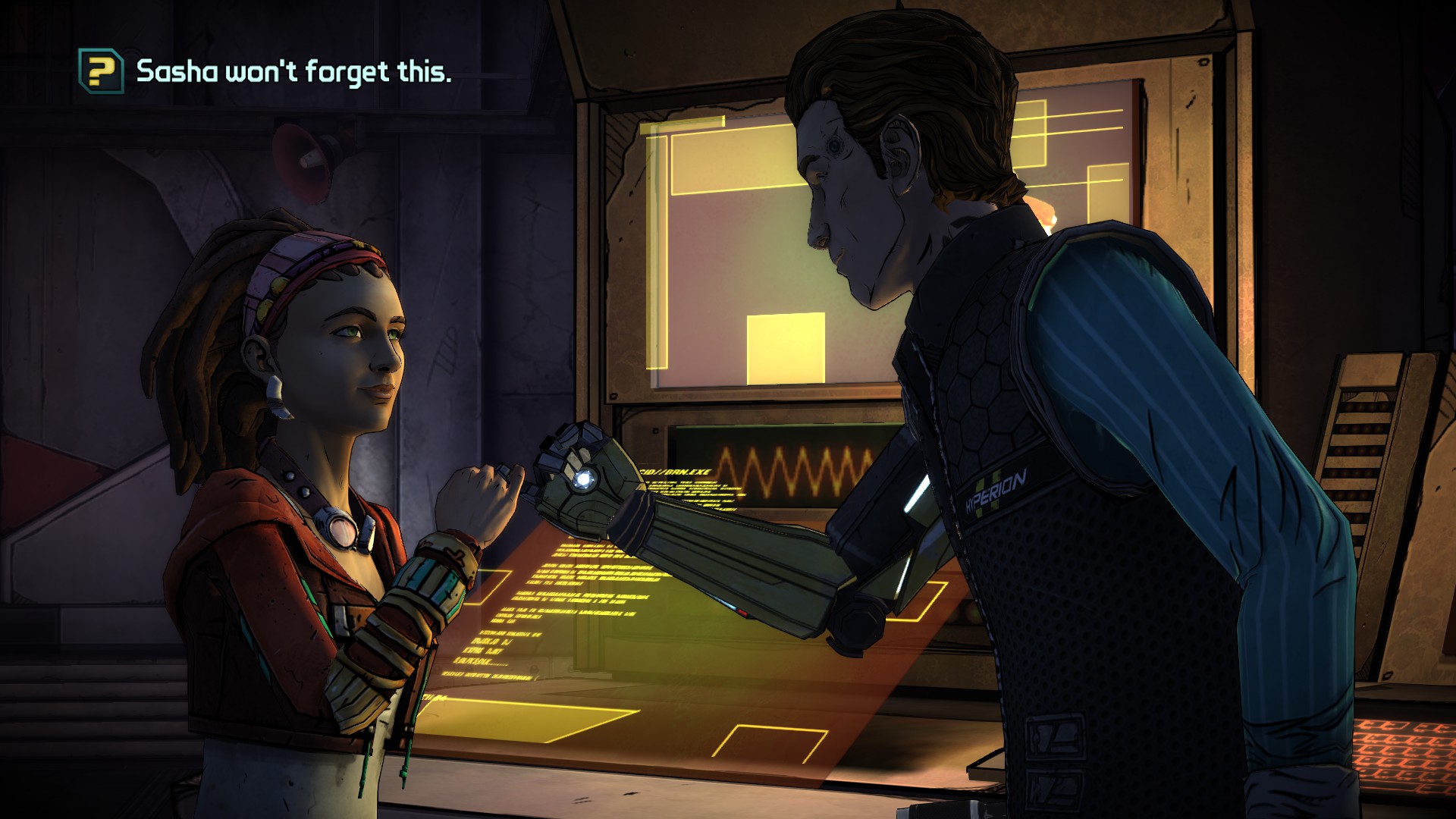 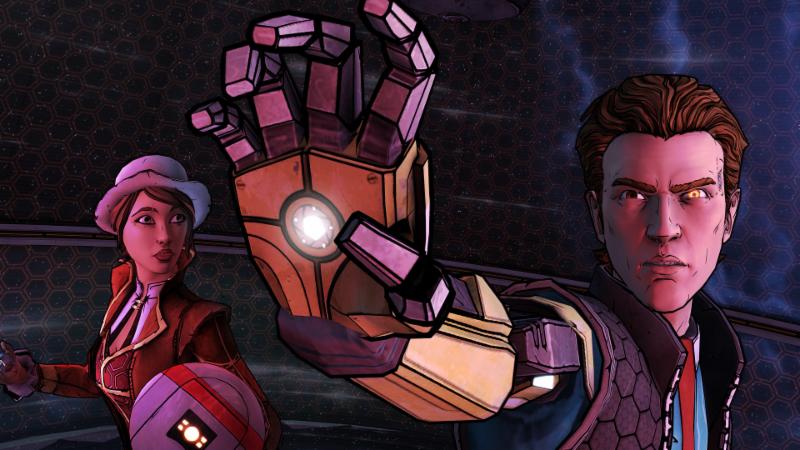 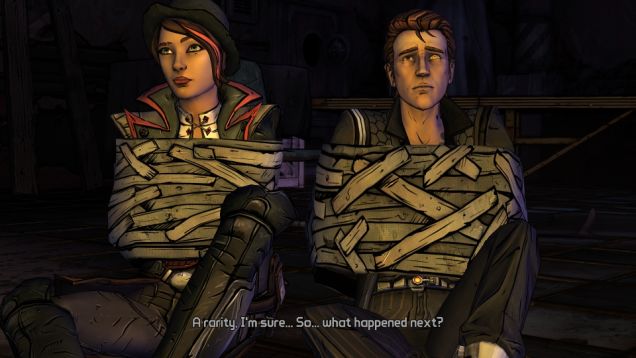 There is an element of customisation here in that you can use points accrued in order to purchase clothing items, which is a nice touch, as well as letting players choose elemental weapons that can be used at key points during the game. These gameplay elements don’t affect the narrative all that much but it’s a welcome step towards being able to tailor the game to your choices even more, even if it is simply by wearing a natty vest. 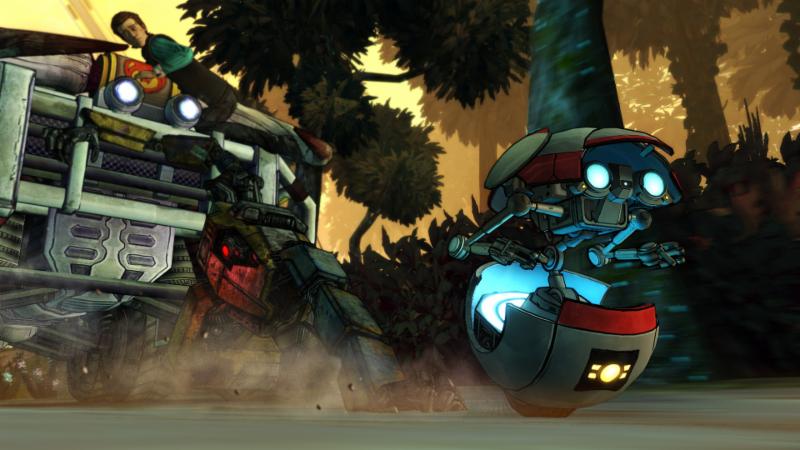 The first thing you’ll notice about Tales from the Borderlands is the graphics – They just look the part, taking the cel-shaded art direction from the game’s predecessors and using them in a way that manages to hide Telltale’s aging graphics engine behind stylistic choices that evoke the desired aesthetic, much like how The Walking Dead’s graphics resembled images torn from a graphic novel. Pandora’s environments and the character models look great but the game still suffers from occasionally robotic animation, most notably during the more action packed sequences. 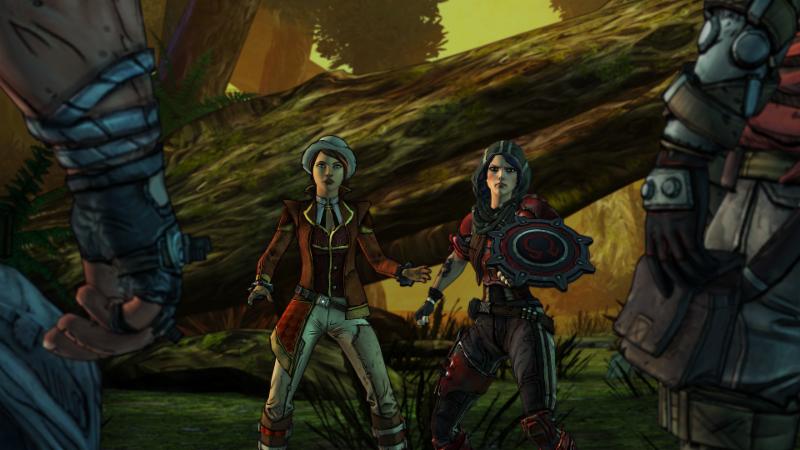 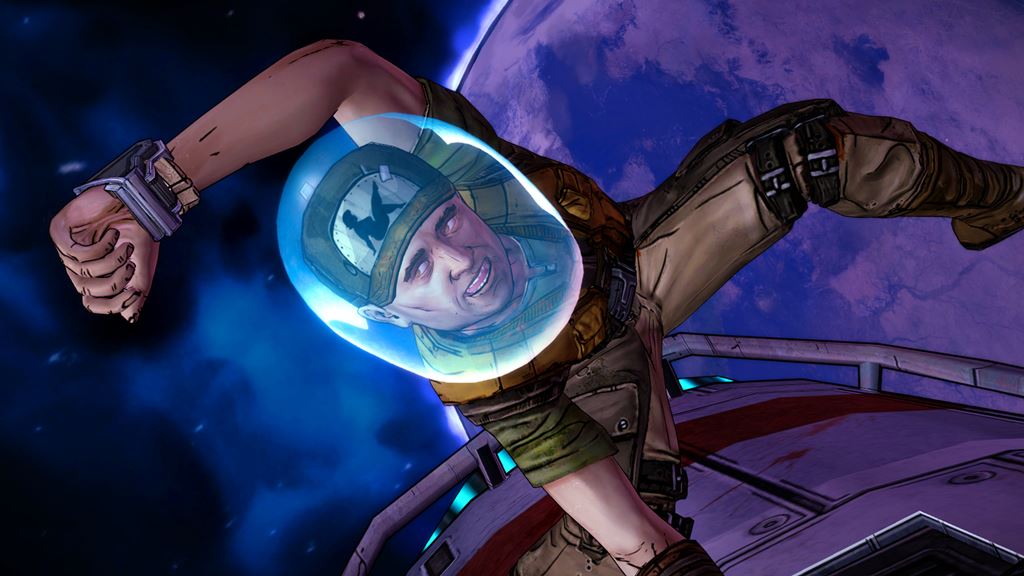 Recommended to those that missed it the first time around or those wanting a physical copy of this Pandora Pandemonium! 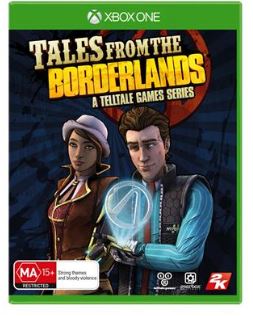