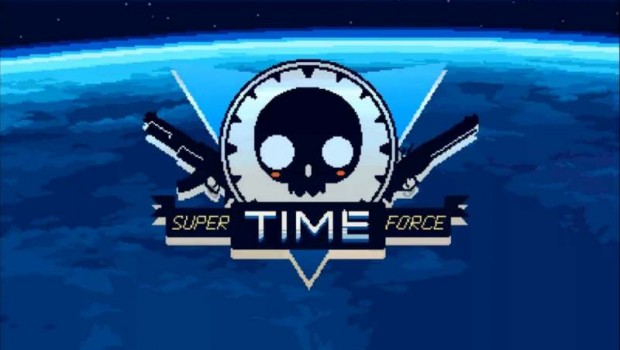 Super Time Force is a very strange yet enjoyable Indie Game on the Xbox One that tosses around the concept of time travel and its repercussions should humanity ever be able to master this concept. Sure, this concept has been done in the movies and TV for years such as Back to the Future or Star Trek but it’s never been touched upon in a video game like Super Time Force which truly takes this premise to an entire new level. As a result it creates this whacky side-scrolling shooter that will not only leave you scratching your head in bewilderment but will give you one of the most unique experiences on the Xbox One.

With all this meddling in time travel, Super Time Force actually has a story behind it and it’s quite a funny story at that. The story revolves around Dr. Repeatski who has finally mastered the science of time travel but unfortunately his meddling has caused all sorts of problems with our timeline and some kind of weird apocalypse with killer robots. Rather than fix these problems, Repeatski is more interested in what he can break opposed to maintaining a fixed timeline and this is where the Super Time Force come into play as they change and abuse the timeline with some hilarious results. 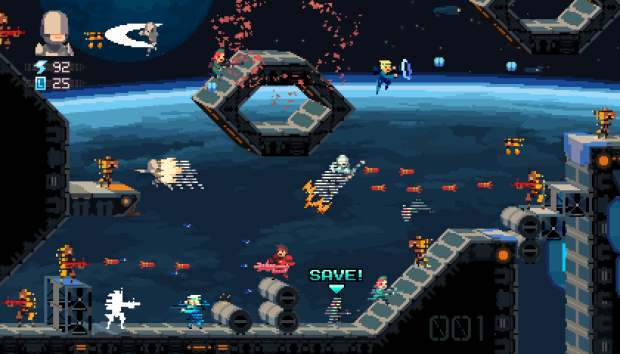 However the Dr. Repeatski has a nemesis and his name is Dr. Infinity which creates this great relationship between the characters. Even though the gamer plays the so-called “hero”, the dialogue and banter in the game is pure comedy gold that will really have you laughing out loud as you attempt to steal ancient artefacts and even travel to the distant future in order for Dr. Repeatski be able to watch funny cat videos. He also wants to score with Cleopatra!

Yes the game is that crazy but it’s a good crazy. The Super Time Force team are also quite a varied bunch which you must use in conjunction to successfully complete the missions such as Shieldy Blockerson who has the ability to “shield” or Jean Rambois (heh) the ability to use Rambo like artillery to blow your enemies to Kingdom Come. Add in Amy the sniper and you have all the powers needed to succeed in the game. 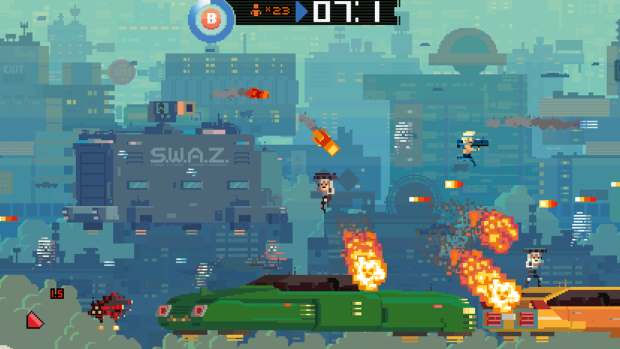 Although the game is set out like a side-scrolling shooter, the developers have added some clever elements into the game which does revolve around time travel. As you have mastered the powers of time travel, you can basically respawn yourself into the game and a result create an army of your future or past self’s to help. This does create some online chaos but it is very fun and never gets boring. You can even pause and rewind time if necessary in order to give you an upper hand on the action. Add in the ability to swap characters on the fly and even the ability of preventing them from dying and Super Time Force is a very clever game. 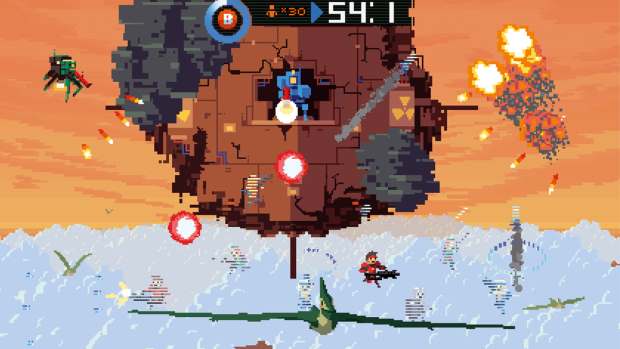 The gameplay is also well mapped on the Xbox One controller and even though the game feels like something from the 80’s, especially with its stylised graphics, it works well, especially with the modern tweaks to this side-scrolling shooter. It’s also great that each member of the Super Time Force have their pros and cons which does help with the levels and bosses you fight. The ability to swap on the fly is great and it’s great calling in for backup as you fight the bosses as well. As a result, the screen becomes total chaos with all the various Super Time Force members fighting from different times all on screen at once. 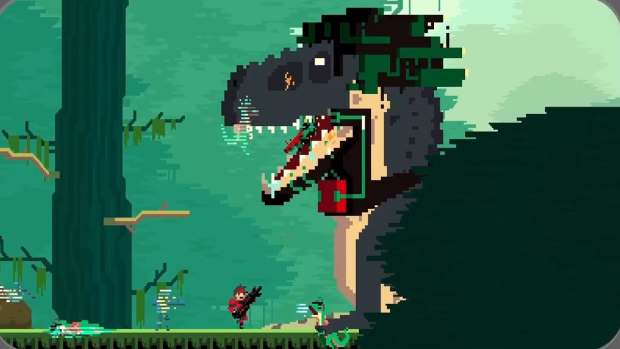 Super Time Force is a truly bizarre yet entertaining game that is probably one of the most original time travel games available at the moment. I also love the 80’s inspired graphics and onscreen chaos that comes with your ability to manipulate time travel. With so much happening on screen at once, things do become a little cluttered and a little repetitive but overall, Super Time Force is a cleverly designed Xbox One title from an earlier age of gaming, a modern twist and some very amusing humour thrown into the mix.