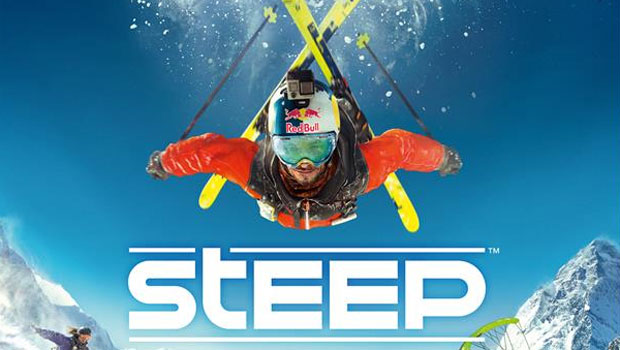 Summary: Steep Review on Xbox One is a fun game with some fiddly elements like controls and multiplayer but overall, it still delivery an extreme sports experience.

Gaming and extreme sports have always had a close relationship in this sphere with franchises such as SSX and Tony Hawk being the leaders. However over the past few years, there have been limited extreme sports available on next-gen consoles but thankfully this has all changed with Ubisoft’s latest winter sport’s title STEEP that includes snowboarding, skiing, wingsuiting and paragliding which promises gamers (for the most part) quite an exhilarating experience. However what sets Steep apart from the aforementioned titles is the realism and physics of the title which creates a much more realistic title but still with the adrenaline-charged mechanics to really draw you in, including real-world places like the Matterhorn. 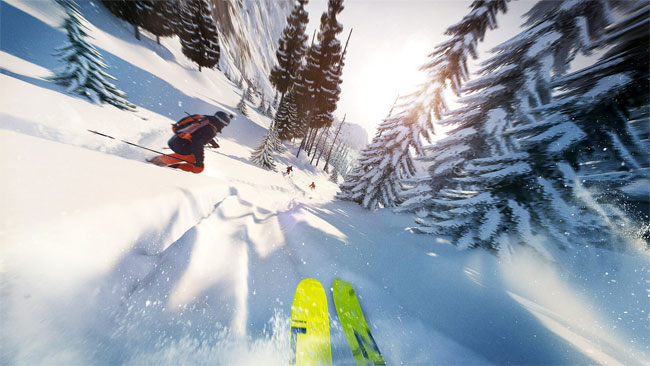 Once loaded on our Xbox One, the first thing that I noticed once the game loaded were the graphics. Steep is a very good looking game on the Xbox One with some exceptional attention to detail that really makes it feel you are on some distant snow encrusted mountain that also creates a sense of speed and a true to life winter sporting experience as you engage in these sports. Furthermore, Steep offers players the opportunity to strap on a virtual snowboard, skis, paragliding equipment and even a wingsuit with some fun gameplay modes (Explorer, Extreme Rider, Freerider, Freestyler, Pro Rider and Bone Collector) that is integrated well into this ‘open world’ game. Although you can move around the world, there are things to make it easier like drop zones plus binoculars to help players find their next challenge and this game is all about mastering those challenges. 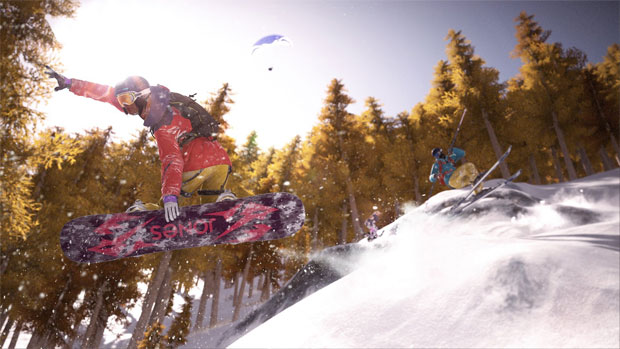 The controls of Steep have been well mapped on the Xbox One controller and although you can jump straight into the title, there is a slight learning curve when it comes to mastering the controls, particularly when it comes to tricks. Of course, tricks are real-world ones and not the ones you might expect to see in a game like SSX which does add an additional layer of complexity into this game. Given that, I did have a love hate relationship with Steep at the start because after numerous unsuccessful landings with me trying to be too much like like Shaun White who is one of the world’s best snowboarders, it was a little frustrating at the best of times. 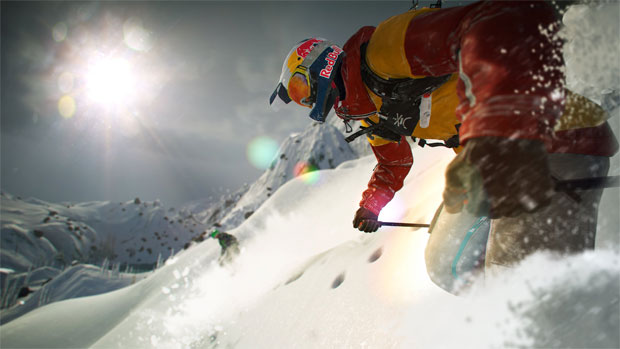 Going a little deeper into the controls and mechanics, paragliding and wing suiting are fun yet the real challenge for me were the snowboarding and skiing modes that just felt right. Pulling off tricks is a combination of the shoulder buttons and sticks which is a little challenging but once again, after some practice, most become second nature and thankfully they are not as ridiculously hard as some of the other extreme sport titles. Wingsuiting and paragliding is a little different because you’re more reliant on the air currents but I must admit that performing rolls in my wingsuit was pure exhilarating. So when you do get your head around the controls and the timing of the game, it’s actually quite a fun game with some fun overall replay value as you explore ice and snow in this virtual world. 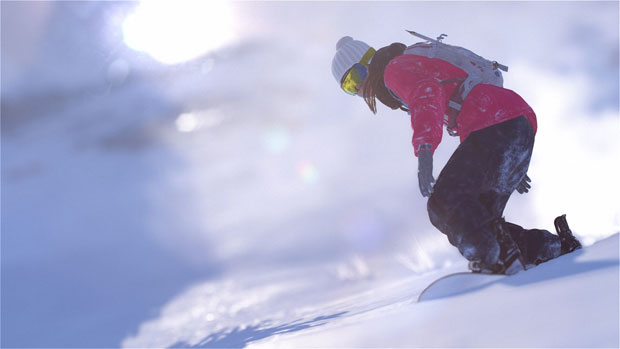 For those not familiar with extremely sports, the game does have a tutorial of some sorts and you do start the game at your base camp where you can scan the area for challenges or new areas to explore via the aforementioned binoculars. Another interesting factor is that there is even a campaign mode which is quite lightweight but does give you a narrative as you embark in mini-missions on the slopes for the extreme sport fat cats. As you progress in the game, you are awarded experience point and medals as to how well you performed, including awards like new equipment which unlocks new events for the player. It’s a fun distraction that helps add to the overall gaming mechanics. 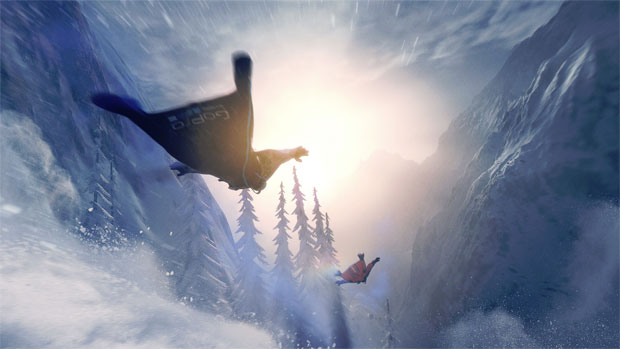 Like most games of today, Steep offers both single-player and multiplayer modes which are both integrated. Although none of my colleagues had the game, I did manage to challenge other players from around the world and join up with them which does give you a different way to approach the game as you attempt to out-perform. Just be wary of your internet connection because at times, I had some horrendous lag which really affected the gameplay. Nonetheless and overall, Steep is a great return to extreme sports with some good gameplay and some fun modes and areas to explore. 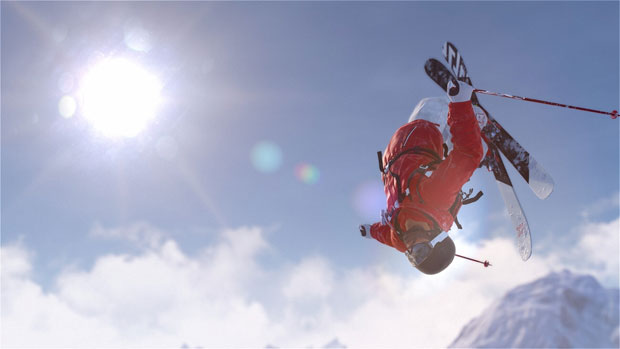 As mentioned, the graphics of Steep look great and developers Ubisoft Annecy have really created this fun winter wonderland in the Alps and surrounding areas from the background, trees and other obstacles that you may face on your downhill run. The snow also feels how snow should feel and I really loved that winter atmosphere. Furthermore and according to the developers, the world of Steep is around 256 square kilometres and is based around real-world areas that include Switzerland, Aiguilles and Tyrol. You can even record footage of your sporting prowess thanks to the GoPro feature on your helmet plus other in-game cameras. The audio aspect works well, including the soundtrack which what you expect to hear in a game revolving around extreme sports. 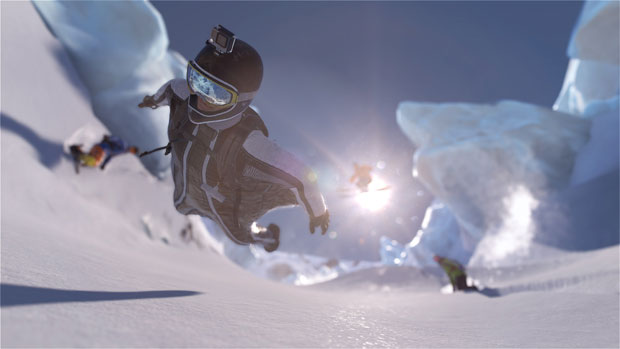 Steep is a fun game that offers players some great ways to tackle extreme winter sports. With four different ways to play plus online multiplayer inclusion, if features relatively sturdy gaming mechanics and lots of modes to help immerse you into this realistic and enjoyable title. Sure some of the controls are a little clunky at times but overall, the gameplay, graphics and audio comes together well. 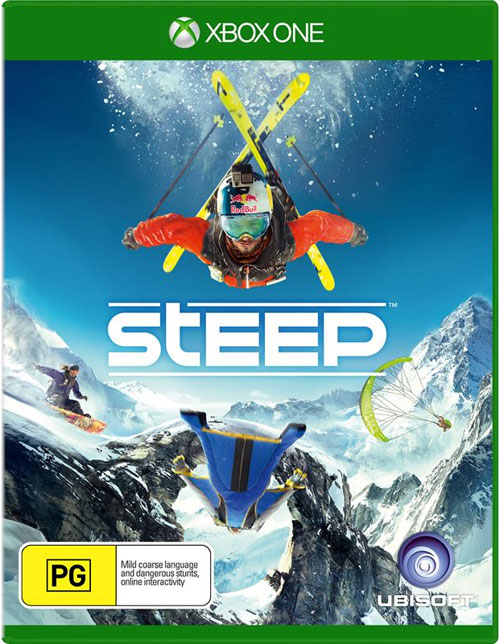 RIDE YOUR WAY
Navigate the open world freely and create your own path as you decide how to explore your massive mountain playground.

Choose between four unique ways to traverse the mountain: ski, wingsuit, snowboard, or paraglide.
Rip through snowy terrains and skies, discover hidden spots, or just take in all the beauty the highlands of the Alps and Alaska have to offer.

LIVE UNFORGETTABLE MOMENTS WITH OTHERS
Share thrilling, adrenaline-fueled experiences with other players.

Seamlessly meet other players and choose to follow them or play together.
Group with your friends to pull off the craziest stunts imaginable; you can even mix sports to create wild tricks.
Challenge friends to beat your own personal records, lines, and scores.

PARTICIPATE IN A WIDE VARIETY OF CHALLENGES
Prove that you’re the king of the mountain by dropping into unique and spectacular challenges that put your skills to the test.

Participate in specific challenges designed for each sport, such as Big Air, Proximity Flying, or Forest Slaloms.
Compete with your friends and the community on any challenge through leaderboards.
Play through epic riding quests to find out about the Mountain’s secrets and experience unique moments.

SHARE EVERYTHING
Think your exploits are worth sharing? Relive epic moments and challenges, and share replays across all social media. Each time you cut a fresh path down the slopes, you create a one-of-a-kind run that can be watched and experienced by your friends online. Relive all your most spectacular runs, epic wipeouts, and wildest stunts. Choose the ideal camera angles, pace, and speeds to create the perfect post and dare the world to do better.