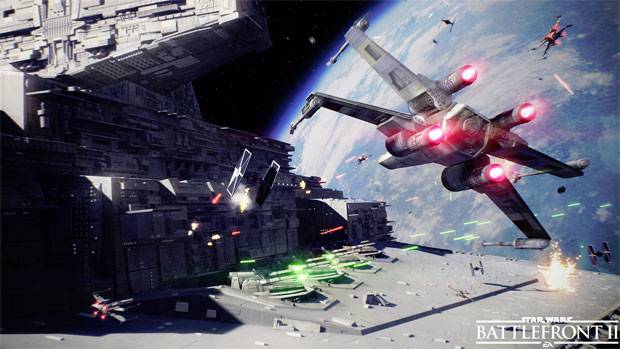 Summary: Star Wars Battlefront II is a solid sequel to the original but still has more work to become perfection in this Galaxy Far Far Away!

The Force is back once again and you my dear friends can experience just how amazing it is to battle your way through the totally awesome Star Wars universe. EA Games brought the first game to life a couple of years ago, however the response to it was varied. One of the biggest complaints was the lack of a true story to keep you interested which in my opinion is fair enough; we all love the Star Wars universe because of the adventures our favourite characters go on and to join them on these adventures really helps immerse you into the game. Given that, we love our heroes and villains which is something unheard of in many story universes. 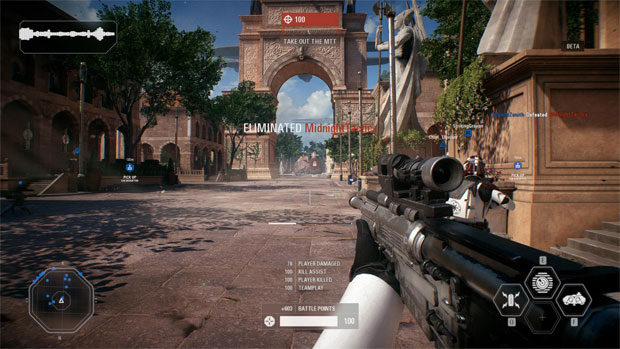 Thankfully the developers have listened and this ushers in our hero of the campaign mode, Iden Versio who by the way is a member of the Empire!  And yes there is a moral element to the story when you realise that you will have to kill Rebel soldiers to complete objectives with little thought given as to why you are doing this. It did give me pause to consider that there  are two sides to every story, and that realistically Imperials would not give pause to fighting rebels and vice versa. As a result it adds some realism to this sci-fi adventure.

The entire single player experience is a short lived one taking experienced gamers a mere four to five hours worth of meaningful play. For players like myself you should get around eight hours or so if you take the time to let everything sink in and simply look around.

Iden does come into contact with very well-known names in the universe which some might argue that they take away from the main storyline and general progression you would normally expect. Iden herself is a great character, and as much as I delighted in seeing these other icons, I wanted to see more through her eyes. 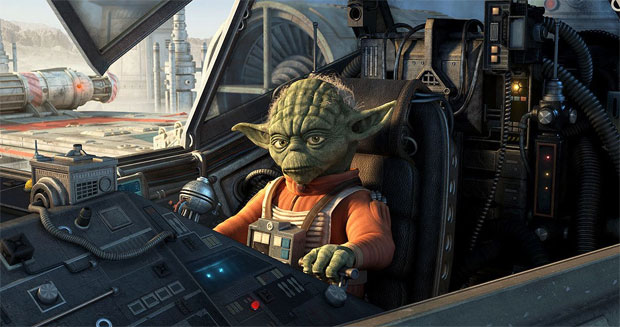 Of course as we have come to expect there are moral choices that she will experience and questions that ultimately she will have to ask of herself. Nothing is ever black and white, and that is also another reason I love Star Wars so much; no one is beyond redemption. Just ask Vader, but maybe not the Emperor, that guy stuck to his gun all the way to his death!

Furthermore, the game gives fans what they have been wanting with looks across the whole storyline including the new trilogy. Each era feels accurate and the overall look of each has been well executed. Once again you will have the chance to take control of some of the greatest battles, characters and vehicles that you have come to know and love which is where this title excels. 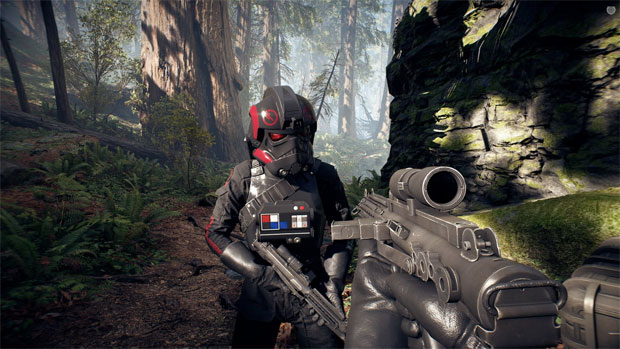 Graphically the title shines all the way through as you would expect given the brilliance of the first game. Battles are larger than life and the multiplayer has more modes than ever before. The audio landscape is massive and does justice to the huge expanses you will fight across and through, making you really feel that once again you have somehow transported yourself to this wonderful universe where you are bigger than what you really are! I loved this from the first game and that feeling is amplified for this go round.

My main bugbear with the game and I’m sure I won’t be the last to say this is just how annoying the presence of micro transactions are. Character progression relies heavily on the purchasing of loot crates in the game, and the chances of your star cards being good or bad ones also seemed to tie in with this which took away from the overall flow.

This review started before general release and I have done the updates that EA has applied to the title and it seems that a lot of this has been done away with now, but I still note that progression is haphazard and does not seem to reward hard work on your character, and is still heavily tied into luck of the draw type scenarios and loot crates found and acquired as you level up. It is confusing at times and takes away from the general focus you would have on boosting your character in a Call of Duty title for example.

Getting back to the star cards briefly, it has to be noted that as mentioned they will be random which can lead to frustration when you end up with a bunch that will assist when you play as a hero however if you are never good enough to play as that character, it is next to useless having them. This should have been better thought out. 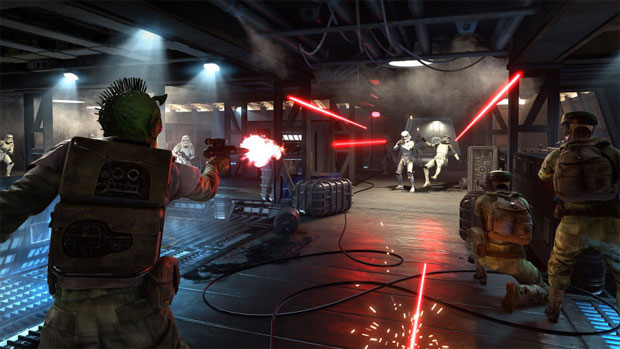 Something worthy of noting is that annoying glitches in the first game have also been dealt with such as when you threw a thermal detonator and died, your grenade disappeared with you. I hated this and thought it really took away from the flow of gameplay plus it also took away from your last chance of revenge when you had been killed. It’s good to see that the developers seem to have listened to gamers and fixed this up.

As with the game before it you will get to play as your favourite heroes and villains but only if you are the best in the game and then inexperienced players will feel the frustration of being cut to ribbons over and over again by players who have put more time into the title. It’s going to achieve one of two things depending on the individual; either they will give up or invest more time into the game. I have the feeling that it will be the former as Star Wars Battlefield 1 was more about the beauty of jumping in and out of games and everyone getting to experience the joy of tweeting it up as their favourite characters. It was pretty much a guarantee that you would get to do this which for now appears to have been taken away. 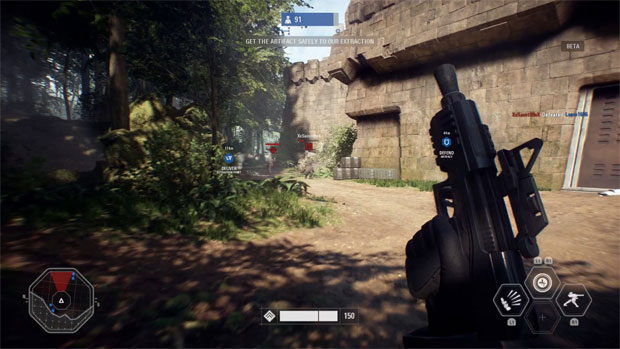 In general the levels are well thought out and executed with fast paced battles being the core of the gameplay. All areas are easy enough to make your way to and try to hold albeit for limited amounts of time which does away with those annoying campers you sometimes encountered in the past. Weapons feel right when you use them and there is enough feedback in a battle to make you feel like you are a part of it all when it’s going down. With five classes to choose from there should be something there for everyone to enjoy.

All things said and done Star Wars Battlefront II is still worth playing and yes buying. It is a rich universe and a ever expanding one. However I simply think they tried to achieve too much all at once. I would love to see more of Iden Versio and even more focus on a solid single player campaign. This has been achieved in the past and I’m sure can been done perfectly in the future. The strength of Star Wars has always been in its story, and I know that gamers would fork out their cash for one epic play of such a tale.