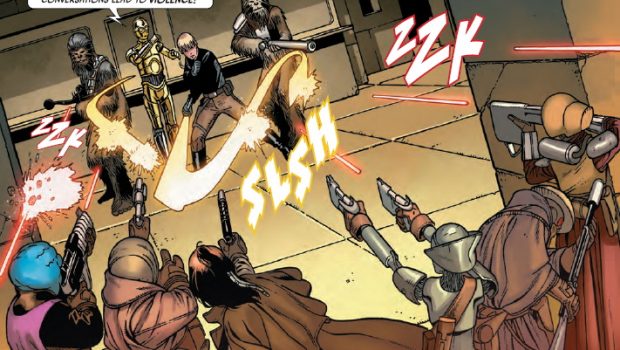 Summary: The story continues from where Boba Fett left of, well worth following if you want to see the contination of this series. This would be well worth getting a digital subscription for.

Following up on some information about the whereabouts of Boba Fett, Luke Skywalker, Chewbacca, C3PO and R2D2 take the Millennium Falcon and arrive on the planet that he had last been sighted on only to find themselves in trouble with the inhabitants for asking too many questions.

This story follows on directly from the events of the last story with Boba Fett and it is worth it to read the different stories if you want to get the whole series for War of the Bounty Hunters. Maybe best to have digital subscription as I can’t imagine how long it is going to take for all the physical editions to come out.

I have never seen any previous story where Luke is flying around in the Millennium Falcon with a crew, usually it is him and R2D2 in the X-Wing. While the time between Empire Strikes Back and Return of the Jedi did not seem that long they are sure going to draw out the story for a while.

As this is the start of a new storyline, it does not matter as much if you have read the previous issues in this series. I would recommend this one if you want to follow the whole War of the Bounty Hunters story or just want to see a more action-oriented story with Luke Skywalker and Chewbacca.

I am still waiting to see what they are going to do with Dr Aphra and Darth Vader in this series, but surely they can’t all be going to the same places? Considering where Dr Aphra was in her story it will take her a while to get there and Darth Vader is outside the galaxy at the moment so that is out. 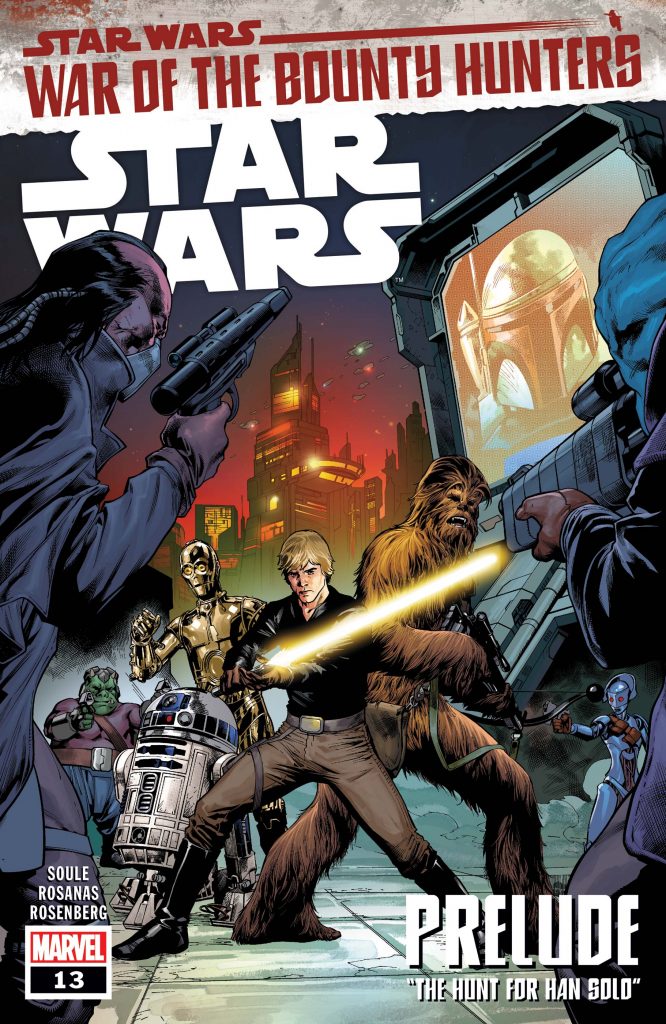