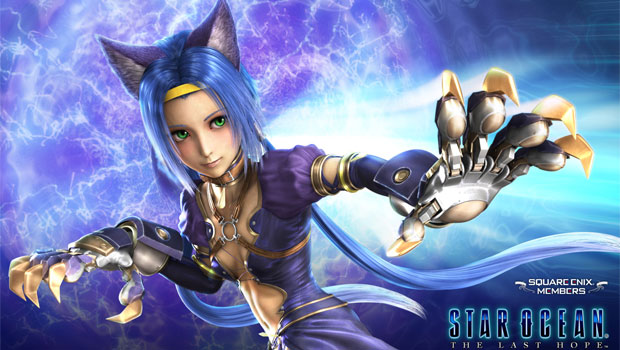 Summary: Star Ocean: The Last Hope is an ambitious but flawed game.

The Xbox 360 had a hell of a lifespan. It had a monster line-up of console exclusives such as Mass Effect, Gears of War and the continuation of the Halo franchise that cemented it as a force to be reckoned with in the console market. Less remembered is that the Xbox 360 also had a great selection of Japanese RPG’s. Blue Dragon, Eternal Sonata and Lost Odyssey were major Xbox 360 exclusives that stand shoulder to shoulder with some of the best JRPG’s of the era. Unfortunately, Xbox 360 console sales in Japan were anaemic and many of these fantastic games either got left behind (Someone remaster Lost Odyssey!) or eventually found a second life on another console. Star Ocean: The Last Hope started its lifespan as an Xbox 360 exclusive before moving over to the PS3, and now it is one of the latest games to get a shiny remaster for the current gen consoles. In a great year for remasters that has included the incredible Final Fantasy XII: The Zodiac Age and the Kingdom Hearts HD collections, can Star Ocean measure up? 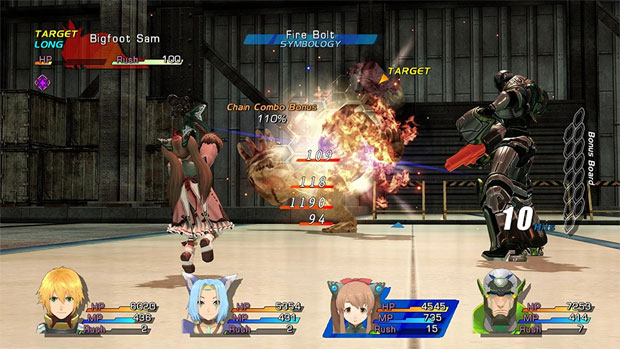 The short answer is “not really”, but that is more to do with the quality of the original game. Compared to the inspired and well told political intrigue narrative of Final Fantasy XII, or the charm and wonder of Kingdom Hearts, Star Ocean: The Last Hope falls short with its story. The premise itself is intriguing, World War III has broken out and brought ruin to much of the world. With Humanity driven underground and running out of resources, The Space Reconnaissance Force (SRF) is created to explore space and find a new home. The presentation of this in the first 30 or so minutes of the game is a slog, mostly delivered in poorly acted cut scenes that do little to excite the player. 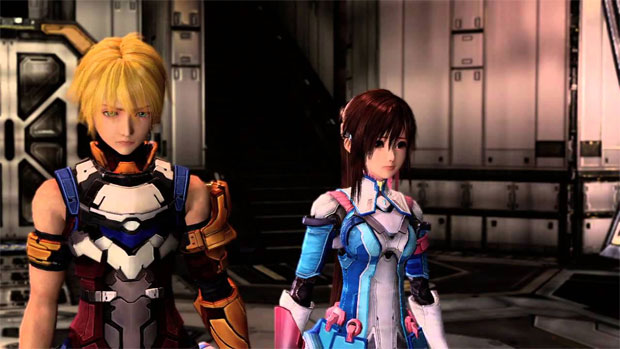 The protagonist is the terribly named Edge Maverick, who along with his friend Reimi Saionji are members of the SRF ship Calnus, which crash lands on an alien planet. The plot eventually gets going, with intergalactic intrigue, time travel and betrayals, but a lot of it is presented in a stilted and generic way. Edge himself is annoying and at times seems to have been created to be a bad stereotype of a JRPG protagonist. It doesn’t help that his English Voice Actor is truly atrocious, and you will get very tired of hearing him speak very quickly. This extends to the rest of the cast, and one of the saving graces of the remaster is the ability to turn on the Japanese dub, which is much more sonically pleasing. 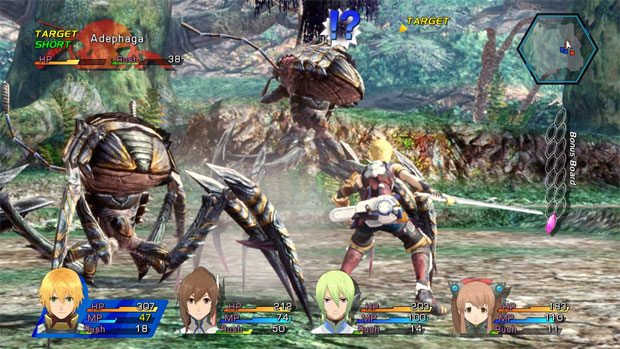 Unfortunately, a lot of the generic JRPG trappings that affect the story are also present in the gameplay. This very much feels like an 8 year old game at times. There are no random battles, but the maps are littered with so many enemies to run into that you still can barely take a few steps without being entered into a battle screen. The saving grace here being that combat in Start Ocean: The Last Hope is actually quite fun, and gets deeper when you progress into the game. Combat is in real time and immediately grants you with a few options that make it more engaging than just repeatedly hammering the X button. Blindsiding is a tactic introduced early, which involves timing a dodge from an oncoming attack just right in order to deliver a devastating counter attack. Something like this could turn into an easy spam mechanic, constantly blindsiding enemies to win battles. The game does force the player to pay attention though, as in some situations your attempted blindsides will be blocked and countered themselves. Combat also features special moves that can be assigned to your shoulder buttons that lead to multi hit combos that do heavy damage and are also pleasing to the eye as you link them together. The system gets more complex and rewarding with the BEAT System (Battle Enhancement Attribute Type). This system lets you switch your party members’ fighting styles. The more you rank up, the more advanced techniques you can unleash on enemies. This makes later battles especially more involved and rewarding, but you might have to spend some hours before you get there. 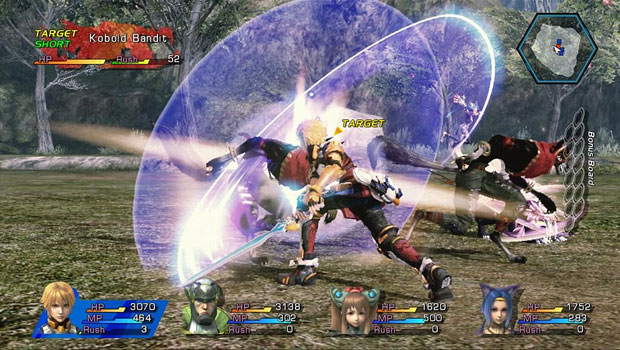 Make no mistake, this is a grind heavy game at times. Avoid the scores of enemies on the map and you will find yourself getting destroyed by bosses. Even early in the game, dying at the hands of regular enemies can be a common occurrence. To feel evenly matched you will need to spend a lot of time fighting battles against the same type of enemies again and again, which is a system that doesn’t feel particularly intuitive or fun in this day and age. In addition to this there are the incredibly grating victory catchphrases that plague every battle. Once upon a time it would have been a novelty to have characters voice a catchphrase once a battle is over. But in 2017 where we have increasingly complex narrative heavy games, all fully voiced, it makes you want to reach for the mute button. For those that tire of endless battles the game does let you select difficulty, so you can enjoy the story and the showier battles without the frustration of fighting every few steps. 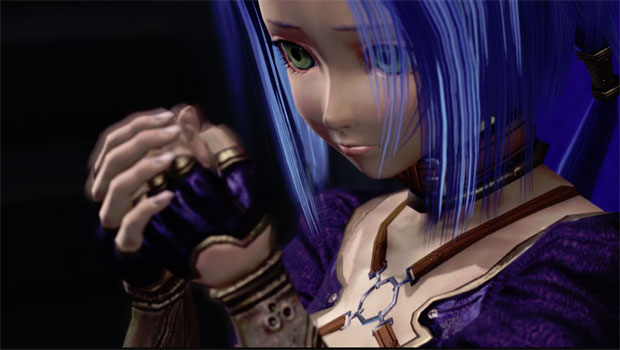 The planets you explore are huge for an Xbox 360 game, although there isn’t an abundance of activity on them. The mini-map provided doesn’t have waypoints on it either, and although this definitely contributes to the feel of exploring unknown planets, it also leads to getting lost in drab environments at times. Still, the remaster shines here as the scenery mostly looks gorgeous. The character models have all been given a buff and sheen too, and while it won’t compare to today’s AAA titles the visual upgrade is well done on the whole. 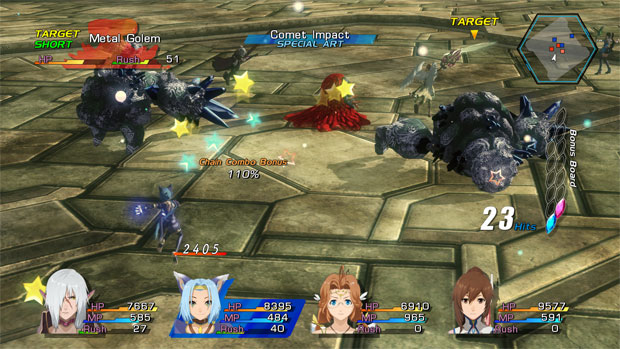 Star Ocean: The Last Hope is an ambitious but flawed game. Exploring planets can be thrilling, but spending time with some of the characters will wear on the nerves. The combat can at times be deep and strategic, but it happens so frequently that the pleasurable aspects of it are often dulled. The graphical remaster looks great, but the presentation of cut scenes and the voice acting are bargain basement, especially compared to something like Persona 5. For those interested in Star Ocean as a franchise, the discount on this remaster could make it worth your while. For people looking for a great JRPG though, 2017 has seen a slew of great current and remastered games to make Star Ocean: The Last Hope essential.